First Ford Focus-Based MPV Will Be A Hit 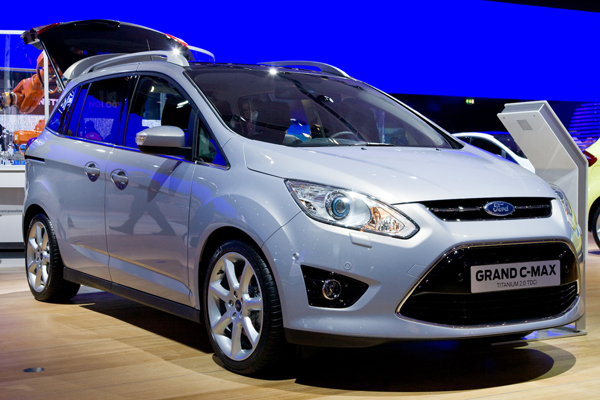 “Ford has done an amazing job turning itself from a maker of Dagenham Dustbins dictated by accountants, to a company which produces some exceedingly desirable and affordable cars”

NICE, France If the upcoming new Ford Focus doesn’t do enough things for you, here’s the C-Max version which adds flexible seating as well as increased carrying space. If you need an extra row of seats, Ford has also come up with a solution with the Grand C-Max.

The C-Max looks very handsome and it doesn’t seem to matter which angle you view it from, the design hangs together well. The Grand C-Max though does look a little less beautiful, with the rear- end design which allows the extra row of seats, adding an almost old-Koreanesque aspect to the car. The C-Max compact MPV is based on the engineering of the new Ford Focus, launched at the Paris Car Show in October. Ford’s new U.S. management, which was smart enough to avoid bankruptcy even as its compatriots GM and Chrysler succumbed, is now pursuing a so-called One Ford policy, which will see more and more of its models designed to be sold globally. The new Ford Focus is one such. The Fiesta is now on sale in America, via a Mexican factory. The Grand C-Max will be going to America later next year, although the smaller C-Max won’t.

Ford has done an amazing job during the first years of this century, turning itself from a maker of Dagenham Dustbins which sold on price alone and whose design was dictated by accountants, to a company which produces some exceedingly desirable and affordable cars. Look at the little Ka, and the slightly bigger Fiesta. This is apparent when you first get into the C-Max. You will immediately be struck by the premium feel to the cabin. The entertainment system on the version I drove was a stylish Sony-labelled design. There is neat looking aluminium trim everywhere. Little leather additions are classy.  The dials and gauges are splendid. The materials feel and look top class. On the Grand C-Max the rear sliding doors move back to reveal a third row of seats. The tailgate is operated by an electric motor. The second and third row of seats can be mixed and matched to maximise room for people or luggage. They can be folded flat just like a van, all with the minimum of effort and not one glance at the instruction manual. At least that’s how the Ford video explaining the system demonstrated.

The interior provides what Ford calls the “raised command bridge driving position”, with a high mounted gearshift and centre console. The dials and plastics were top notch. Premium features include a system to measure parking spaces and help you get into them, a blind spot information system, speed limiter, and rear view camera. Effortless
In the mountains and highways behind Nice, France, I drove the 138 hp 2.0 litre diesel TDCi automatic Grand C-Max, and a 148 hp 1.6 litre direct injection C-Max with a six-speed manual gearbox. They both handled precisely. The suspension system rode the bumps effortlessly and comfortably. The new six-speed manual gearbox was a joy to use, although I personally prefer the dual-clutch automatic.

Ford claims that C-Max and Grand C-Max buyers can save up to £800 a year because the new models will have improved residual values, lower insurance, and improved fuel economy. The new models go on sale across Europe later this year

Ford says that the new Focus will provide the basis of at least 10 different models or derivatives totalling two million sales a year by 2012, including a full hybrid and plug-in hybrid in 2013. 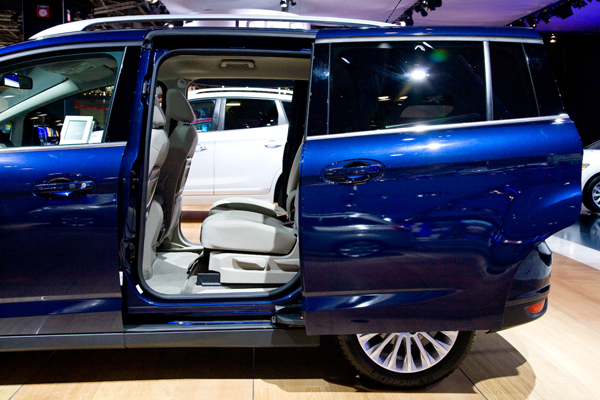