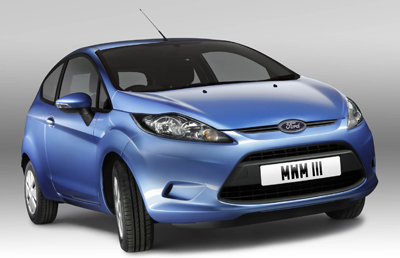 Will This Claim Stand Up To Real-World Test?
Ford Claims “Independent” Analysis Backs Up Numbers

But Read “CleanGreenCars” Quote And Make Your Mind Up

Ford’s greenest car, the Fiesta ECOnetic, is now on sale, but a combination of factors raise doubts about its usefulness. Can it really achieve the fuel economy figures claimed on the can? And does Ford’s latest price increase make the whole idea of economy moot?

Let me make clear right from the start that this car has many plus points. It looks great. It drives well. Its build quality is top notch.

One of my original doubts was put to rest immediately. After listening to Ford’s economy claims, in my cynicism, I expected it to sound like a rusty bag of old nails when I turned the engine on. Nope. It sounded sweet. More importantly, it provided a lively drive on the highway, and felt perfectly adequate around town. 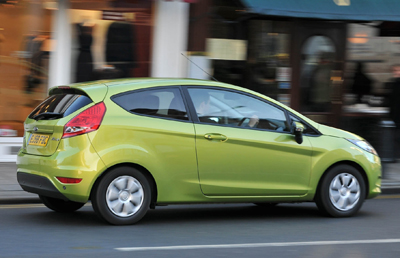 The ECOnetic has a 1.6 litre 89 bhp TDCI high-technology diesel engine which, claims Ford, returns an average 76.3 miles per gallon (3.7 litres per 100 kilometres). The ECOnetic also has improved aerodynamics, low rolling resistance tyres and enhanced lubrication, helping to wring the longest possible distance out of the fuel tank. (Incidentally, if tyres with low rolling resistance allow the car to glide more easily over the ground and save fuel, how can they at the same time grip the road and stop you skidding into a ditch at the first bend?).

Optimum changing point
It has a neat electronic gizmo which tells the driver when to change gear. It senses the way the vehicle is being driven – taking account of road gradient, vehicle load and individual driving style – to signal the optimum change point.

The ECOnetic package is part of the new Fiesta range, which is mightily impressive. The Fiesta is part of Ford’s world car strategy, and it will be built in Mexico and exported to the U.S. next year. Similar versions will go on sale in South America, South Africa, Australia and China too. 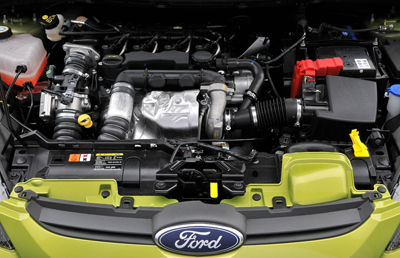 In Europe, the Fiesta will be built in Cologne, Germany and Valencia, Spain, and have various diesel and petrol engines from 1.2 litres to 1.6 litres. And there we have another problem. Because of the pound’s weakness against the euro, Ford has been forced to raise its prices across the board. Base prices have increased by about £500. The price of an ECOnetic with some necessary extras makes the cost about £1,000 more expensive at £13,258. If Ford still made cars in Britain, we might not have to suffer the price increase. The price increase will dent the ECOnetic’s ability to make a return on your economy investment.

Designed by Mazda
The new Fiesta, which replaces the seven-year old previous model, is about the same size but has shed much weight and the 1.2 litre 3-door version weighs in at only 966 kg (2,129 lbs). Most of the engineering and design for the Fiesta was done by Mazda of Japan, which used to be controlled by Ford. Mazda’s version – the Mazda2 – has been on sale for about a year, competing against cars like the Peugeot 207, Renault Clio, Opel-Vauxhall Corsa, Toyota Yaris and Honda Jazz.

Let’s get down to the nitty gritty. Ford, in its press release about the ECOnetic, says the following.

Its justification though looks a bit thin, citing a web site unknown to me, that provides no figures, nor any hint that it did anything other than take Ford’s data at face value.

Parroting data
“Cleangreencars.co.uk welcomes any car that sets a new benchmark for the industry. That the Fiesta ECOnetic does so without any loss of driving pleasure makes the new model doubly welcome.  Of the 3,600 production models ranked by CO2 on Cleangreencars.co.uk, the Ford Fiesta ECOnetic comes out top among five-seater cars,” Nagley said, according to Ford.

This would appear to be a useless claim, based on sifting figures offered by companies, rather than data discovered by independent research.

Drive until it’s almost dry
This is typical of the information you will find in the British media. So-called reporters simply parrot the figures offered by the companies. This isn’t surprising because most road-testers (not including this one) simply take delivery of a press car with a full tank, drive it around until there’s almost no petrol left, then give it back. Almost nobody will attempt to measure the actual amount of fuel used because this would mean having to spend money.

The real source of Ford’s data is provided at the end of its press statement, and I quote.

“Note: Fuel economy figures quoted are in UK mpg, are based on the European Fuel Economy Directive EU 80/1268/EEC and will differ from fuel economy drive cycle results in other regions of the world. “

Let me translate. Car makers, under E.U. rules, test their cars in a laboratory. This has the effect of producing data that is perfectly comparable, one competing model to another, but is in fact absolutely useless because it has no relation to the real world you will find as you drive about.

It may be that Ford’s claims for the Fiesta ECOnetic will stand up in the real world. I await delivery of a press car from Ford so that I can test it and report back. 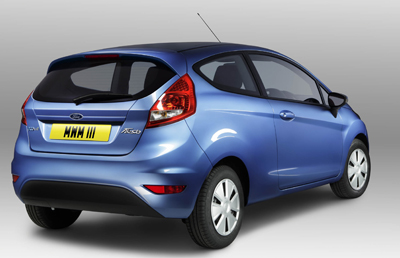 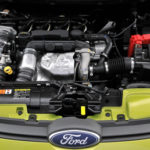 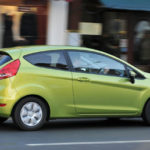 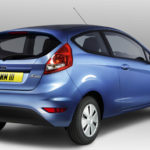 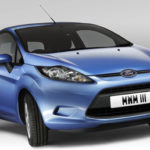