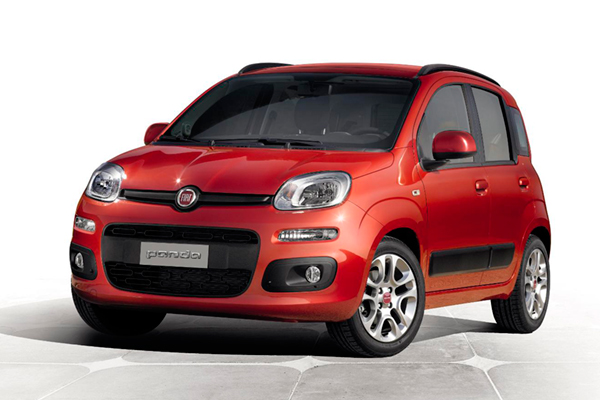 Competition For City Cars Makes Choosing Tough
rating **** out of 5

For – cheap, practical, cute
Against – so is everything else

Fiat’s new Panda looks like a curvier and chubbier version of the old one and it has to be good because the competition is hotting up.

Fiat has dominated the small, city-car market for years, and currently has a market share of about 30 per cent in Western Europe, roughly three times the level of its nearest competitors like GM Europe’s Opel-Vauxhall-Chevrolet, and France’s Peugeot-Citroen, and Renault, which have shares of just over 10 per cent. But Fiat, which now controls Chrysler of the U.S., will soon face a new and formidable competitor. When Fiat unveiled the new Panda at the Frankfurt Car Show last September, Germany’s Volkswagen also showed off its new and weirdly named little Up. Deciding on the name “Up” gives VW marketing operatives the chance to show off their sense of humour, with variants called the “Take Up”, for the entry level car, the “Move Up” with more stuff and the ultimate “High Up” version. VW hasn’t been a serious player in this sector before but it has invested heavily in the Up, and is also planning versions from its Skoda and SEAT subsidiaries, and possibly Audi too. 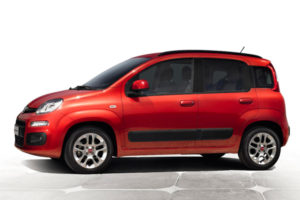 There is so much competition out there it is almost impossible to make a sensible choice if you are in the market for a city car. If you want to make the choice easier, why not just go to your nearest dealer and buy one; anyone.

Milan, Italy-based IHS Automotive analyst Pierluigi Bellini doesn’t think the Up and its ilk will be too much of a threat.

“I’ve seen the Up and it doesn’t impress me too much. Yes it will take something from Fiat but I don’t think the leadership of Fiat (in the small car sector) will be under question,” Bellini said.

There are two and four cylinder petrol and diesel engines, and a natural gas version is planned. This new Panda will be built in the former Alfa Romeo plant at Pomigliano, near Naples, Italy, moving from the Poland plant where the incredibly successful Fiat 500 and the former Panda were built. 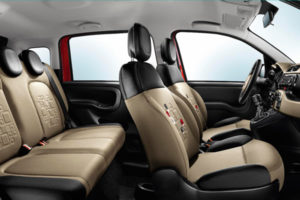 Since the original Panda was launched in 1980, more than 6.5 million have been sold. This latest and third version provides more flexible space for five adults and is slightly longer and wider. The new Panda has more leg room in the back than the old one and now has a rear seat which slides to either give more passenger space, or luggage capacity, depending on its current job. The interior looks very trendy and is practical too, with 14 storage compartments. You can fold the front passenger seat to form a table. The designers have thinned-out the backrests to free up extra rear legroom too. There are LED daytime running lights fitted below the headlamp clusters, which have been raised to improve visibility and safety at night. Flared wheel-arches give a rugged feel, which will sit well on the planned 4×4 version.

The new Panda’s engineering and components were developed for the so-called new Fiat Mini programme, and are also used for the Lancia Ypsilon. Engines include high-tech TwinAir 900 cc two-cylinder petrol motors developing 65 and 85 hp, and two four cylinders – a petrol 69 hp 1.2 litre and a 75 hp, 1.3 litre diesel. There will be an 80 hp turbocharged bi-fuel engine able to burn petrol or compressed natural gas which can achieve more than 80 mpg (3.5 litres per 100 kilometres). 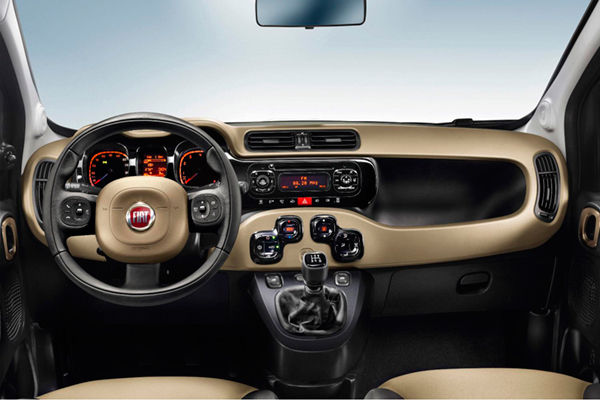 Expect prices to start at just over £8,000-€9,300 when it goes on sale across mainland Europe in January. 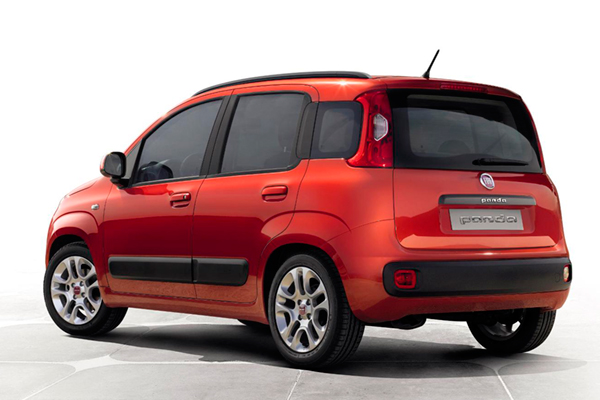 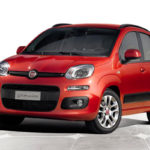 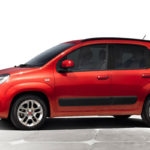 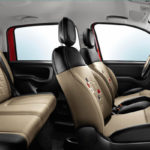 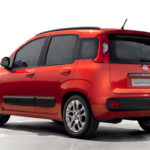 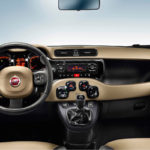