Does The Job – No Ifs, No Buts, No Frills 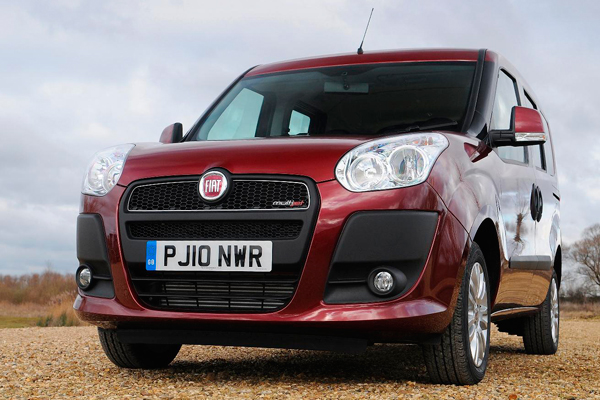 Higher, Wider, Longer And Cuter Than The Old One
Cuteness, A Relative Term, Is Definitely In The Eye Of The Beholder
rating **** out of 5

I instinctively admire the Fiat Doblo.  For all the reasons people buy cars, surely the most important is that it can do things for you. Practicality has to be job one for most people, and the Doblo is designed from the ground up to do just that. No edge, no pretence, no spin; this is simply a vehicle which will work for the family.

I also think that the styling works. If you haven’t seen the old Doblo, you could be forgiven for thinking that this new one is ugly. Believe me, compared with the old model, this is elegance personified. The old one was clearly just a van with windows, and was so bits-and-pieces that some important components seem to be barely hanging on. The new one looks all of a piece. Fiat says it is new from the ground up, so it had the opportunity to make it look a bit sexy. Clearly it has eschewed that option. 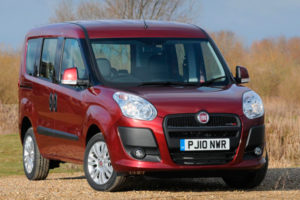 The new Doblo is bigger all round than the old one – higher, wider and longer. It now offers a seven-seat version, with a third row of seats. Fiat calls the Doblo “a hard-working holdall”, so the most important quality is its carrying capacity. It has a 790-litre boot. All the second and third row of seats can be folded flat. If you remove the seats, you liberate 3,200 litres, which might just be enough to move the grand piano.

Trigger mechanism
There’s a clever height adjustable parcel shelf which can either hide what’s in the luggage compartment, or be dropped to a lowered position, where its capable of supporting up to 70 kg (115 lbs). The Doblo has twin sliding rear doors and a large wide tailgate with a low lip to make loading easy. The sliding doors are activated by a neat trigger-like mechanism. The triggers seem well balanced and easy to move, although I suppose you might question their ability to do the job deep into post-warranty territory.  You can buy attachments like a tow bar, cycle rack and ski carrier. There are cubbies everywhere, notably a plastic shelf above the windscreen for stuffing maps, sunglasses, mobiles and maps. 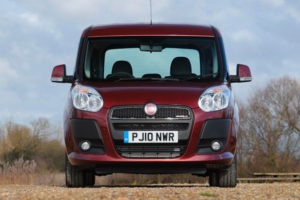 Not surprisingly, the interior is workman-like too, with cheap and cheerful plastics. It drives well enough, although the steering is a bit woolly. So what. There is a nice, six-speed manual gearbox. An auto box will be offered later this year.  There are three engine choices, 1.6 and 2.0 litre diesels, and a 1.4 petrol. I drove both the diesels, and the smaller one seemed to be just as powerful as the bigger one. Acceleration was fine, and it bombed down the motorway quite adequately. The auto box will only be available on the 1.6 diesel.

Now for the bad news. Prices start at 12,295 for the Active 1.4 petrol, topping out with the 2.0 litre diesel Eleganza at £17,145. Main rivals like the Citroen Berlingo start at £11,785 and the Renault Kangoo’s £12,817. That also puts the Doblo straight into Fiat Multipla territory too, although the Multipla is soon to be withdrawn.

I don’t often think about the Doblo, but when I do one question always races to the front of my brain. “Why Doblo.” The word Doblo sounds very down-market and dull in English, suggesting a plodding old nag like Dobbin. I wondered if the word sounds a bit racier in Italian. It turns out that “doblo” in Italian means something really rather exciting. It’s a 19th century coin, maybe related to the doubloon of Treasure Island fame. Fiat always names its vans after coins, as in the Ducato, and Fiorino. To quote Daphne Moon in the sit-com Frasier; “I don’t know why.” 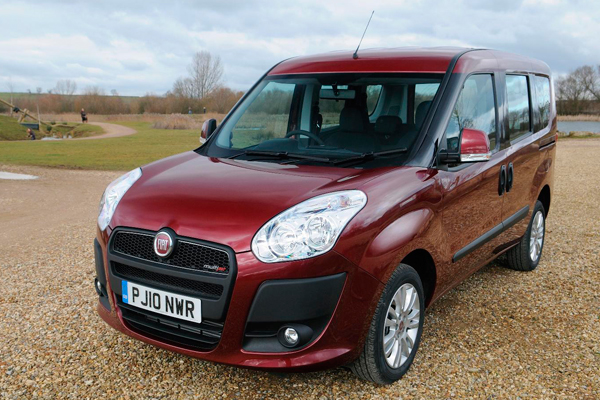 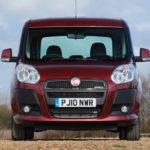 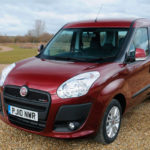 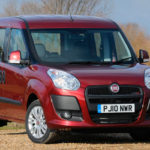 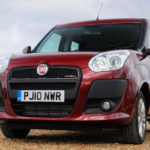