Fast And Tiny, Cute As A Babies Boottee 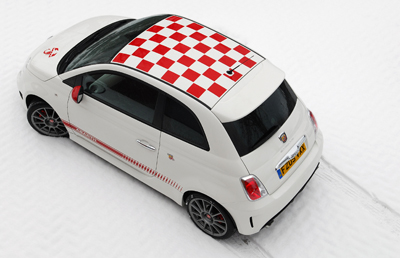 Sporty Performance, But Looks Will Put Off Jack The Lad
“rear passengers won’t fit if they are bigger than Gianfranco Zola”
*** out of 5

POOLE, Dorset Let me reveal my prejudices right from the start. I detest souped-up, cheap cars which make outrageously fast machines available to the chavocracy.

I drove a Honda Civic Type R about a year ago, and hammered the maker of the marvellous Jazz for producing such an irresponsible machine, which existed only as a direct incentive to drive like an irresponsible yobbo. Not only that, the price made it available to the immature and feckless, and like the Subaru Impreza, it became a target for underclass thieves who blast around town after midnight killing themselves and anyone or any animal that gets in their way in their drugged-up, alcoholic, welfare-state funded stupors.

On the face of it, the Fiat 500 Abarth would seem to be right in the sights of similar criticism. (Abarth is the tuning arm of Italy’s Fiat, a bit like Cooper is to Mini, or AMG to Mercedes). After all, it’s a souped up version of a standard car. It goes like stink. It doesn’t cost all that much.

But just look at it. Would any self respecting, jack-the-lad chav be seen dead in something so cute, so girly? It looks just like a baby’s bootie, doesn’t it? 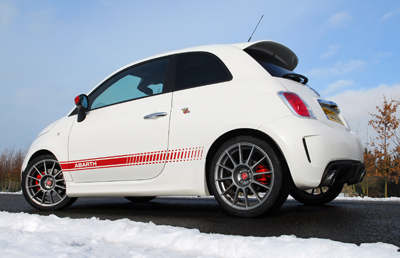 Impressive inside
Take a look inside and get behind the wheel, and you will get the opposite impression. The dashboard looks terrific and serious. There’s a huge, domed speedometer, with lots of computer-based data in the middle. The rev-counter is perched on top of the dashboard, reminiscent of the Mini. The black, leather-clad steering wheel has a thick rim giving it a chunky feel, with moulded grips for thumbs and a racing-car style flat bottom. The metal finish across the facia is color coded with the car’s body. From the inside, this is an impressive car.

Engage the manual first gear of five, rev the engine and pull away and you might be totally convinced. The Abarth is powered by a 1.4 litre, 4-cylinder, 16-valve, turbo charged petrol engine, which produces 135 bhp at 5,500 rpm, and 152 lb ft of torque. It zooms from rest to 60 mph in 7.7 seconds, and could reach 128 mph, in theory. If you’re in the mood for an even livelier drive, you can press the “Sport” button, and this will tighten all the suspension and steering reactions and beef up the engine’s power and torque responses. If that’s not fast enough, you can opt for the Esseesse  version, (apparently this is what saying SS or Supremely Sporting version sounds like in Italian) which raises power to 160 bhp.

Premium feel
The interior has a premium quality feel to it. The Abarth scorpion brand is everywhere, from the centre of the steering wheel, the centre of the 17 inch wheels, the rugs on the floor, the top of the engine.

On the road the Abarth 500 feels good. The steering, even without engaging the sports button, is suitably tight. The suspension is harsh, but given the age of the target market, denture wobble won’t be a problem. There is only a five-speed gearbox, (in other words, why doesn’t it have 6 speeds?) but this works well. The Torque Transfer Control system ensures any attempts at irrational exuberance won’t be fatal. There seven air bags just in case. 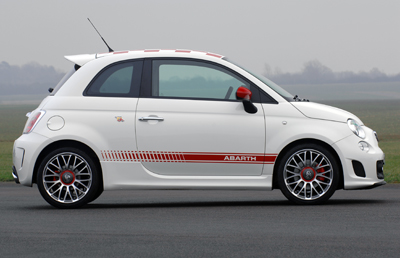 The pedals are aluminium as you’d expect, and are also too close together for comfort. The sporty seats were great, and the legroom fine, although this won’t be available for the rear passengers if they are much bigger than Gianfranco Zola. As part of its desire to be green, the rev-counter perched on top of the dash regularly, and annoyingly, implores you to “Shift Up”, to save the environment. If there is no way to turn this thing off, its vulnerability may be its undoing.

The SS version is actually a retro-fit kit which boosts engine power to 160 bhp. This costs £2,500-€2,800 and has to be carried out within 12 months or 12,000 miles at your dealer. You get uprated brakes, tougher suspension, and 17 inch wheels with nifty alloys. 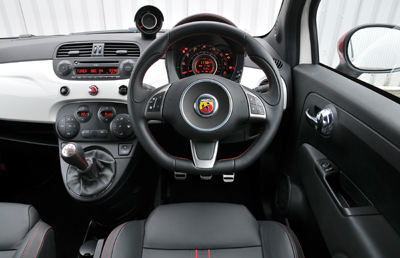 So while you’re sitting inside this car driving around, you can have your illusions of grandeur. Just don’t forget what the world outside is actually seeing. 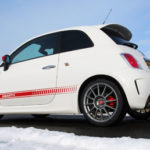 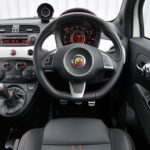 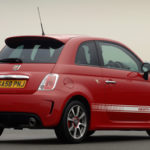 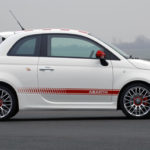 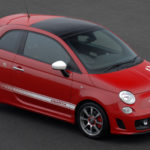 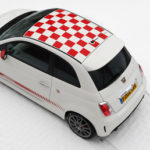