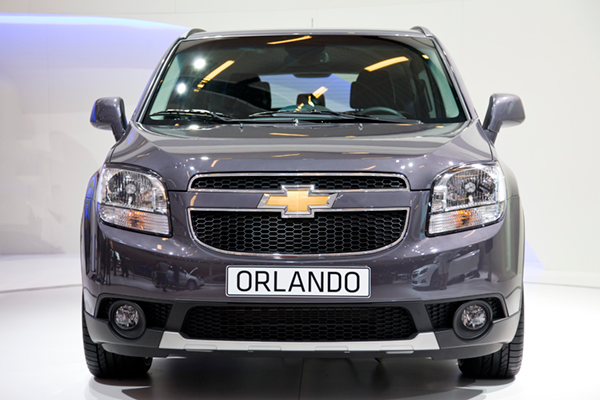 New Chevrolet Shows It Will Be Serious Player In Europe
Orlando Is Well Priced, Loaded With Kit
rating **** out of 5

VALENCIA, Spain – The Chevrolet Orlando turned heads when it was launched at the Paris Car Show in October because it seemed unique – a minivan, multi-purpose vehicle or people move which didn’t look bland.

I know that styling and beauty is supposedly in the eye of the beholder, but viewed from any angle, I would say that the Orlando compact minivan is always interesting, often pretty even.

And it is very useful. All models have seven seats. The rear seats fold quickly down into the floor leaving a flat area for luggage. You would think that the rear row of seats was just for children, but you’d be wrong. Naturally, the middle row folds flat too. You can choose from three engines – a 1.8 litre, 139 hp petrol, 128 hp 2.0 litre diesel or 161 hp 2.0 litre diesel. The latter with a six-speed automatic gearbox was the pick of the bunch.

The Orlando drives nicely, although the 1.8 litre petrol wasn’t up to much, in comparison. The steering was well weighted and the ride very impressive. 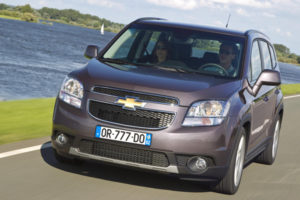 Specification of the entry level LS is generous, with air conditioning, follow-me-home headlights, six airbags, electric windows and mirrors, remote central locking, and tinted windows included in the standard fare. Cabin quality is impeccable. Prices start at £16,935, which makes the Orlando stand out from the competition. All models have a couple of neat new ideas too; there’s a rear view mirror that allows both driver and passenger to keep an eye on all the kids in the back, plus a little hidden storage compartment behind the stereo. You press a button, and the front of the stereo hinges upwards, revealing a secret place to store your mobile phone or wallet; except it’s not a secret any more.

Neat embellishments
LT models have rear-parking sensors, USB port, 16 inch alloys, climate control, front fog-lights, electric rear windows and uprated sound system. You can also specify the 161 hp diesel with a six-speed manual transmission or a six-speed automatic as an option. The range-topping LTZ has bigger wheels, automatic cruise control, automatic headlights and wipers, and neat embellishments to the interior and exterior trim to show you’ve spent a bit more money. If you go for the LTZ diesel you can splurge £2,000 on an Executive Pack which will get you full leather, heated front seats, SatNav and even bigger wheels. 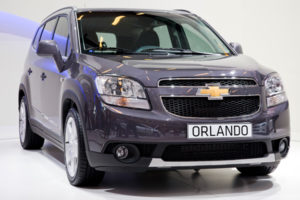 Chevrolet Europe President and Managing Director Wayne Brannon said the new Orlando is part of Chevy’s plan to increase its European presence by covering two thirds of the market segments by 2016, up from about one quarter now. Brannon, speaking at the launch at this northern Spanish city, pointed out that unlike GM Europe, which lost $1.2 billion in the first nine months of 2010, and is in the midst of a $4.6 billion restructuring programme, Chevrolet Europe is in the black, and has made money every year since 2007. Brannon declined to give details though.

Cruze-based
Chevrolet also introduced the five-door Cruze hatchback at the Paris show. The Orlando is based on Cruze engineering, which also uses bits from the Vauxhall-Opel Astra. 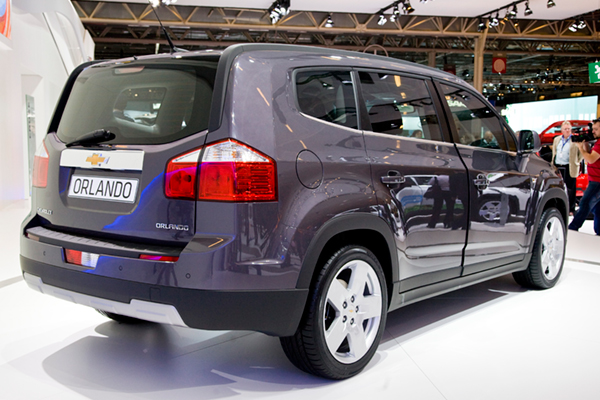 The Orlando shows how serious Chevrolet is about raising its presence in Europe. All its products, except the top of the range Corvette and Camaro sports cars are made in Korea, at GM’s Daewoo subsidiary. A few years back this would have been seriously off-putting for buyers. But now that Kia and Hyundai have shown that Korea means high quality, not to mention easy-on-the-eye vehicles, watch out Europeans. 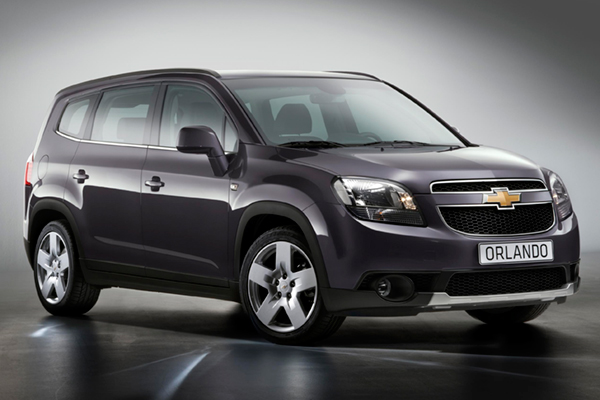 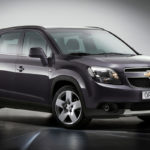 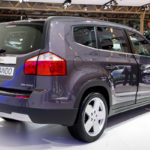 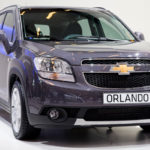 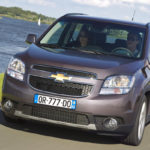 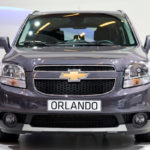