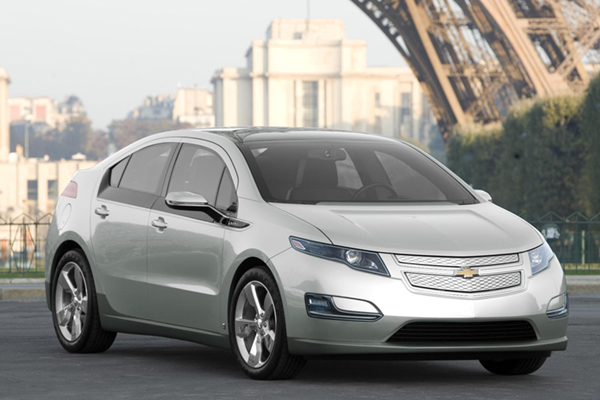 But It Is Hugely Expensive, Even After Official Handouts
rating: ***** out of 5

For – impressive high-tech green formula which works
Against – pricey

“Just how many Chris Huhne clones are out there? We are about to find out, I think”

In a sane world, the Chevrolet Volt should have driven the Nissan Leaf and other battery-only cars off the streets by now.

After all, it has an impressive battery-only range of up to 50 miles in the most favourable conditions, and has a system that defeats range anxiety with its small, internal combustion engine that kicks in when the battery is spent to provide an overall range of up to 300 miles. You can then simply fill it up with petrol in five minutes, and do another 250 miles, just like a conventional car. 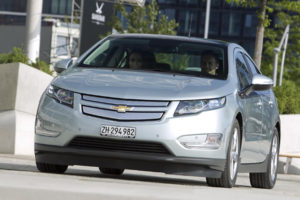 The Leaf and the Volt are both hugely expensive though when you think of the price of petrol-diesel rivals like the VW Passat or Ford Mondeo, and will only be purchased by radical, rich greenies at this point. Inevitably, the answer to the question Leaf or Volt, battery-only EV or extended range electric vehicle EREV will be 100 per cent for the EREV and zero for the EV. The Leaf is also almost painfully ugly compared with the streamlined, attractive Volt.

Unlike hybrids, which use petrol end electric power combined and which have only a very limited battery-only range, the Volt is powered by electricity at all times, even when the 1.4 litre, 86hp petrol engine is running because that is producing the power to top up the battery and make the electric motor work. When the battery runs out of electricity, the petrol engine simply kicks in to provide the supply. The huge lithium ion battery is “T” shaped with the north-south top bit across the front axle, and long bit forming a spine down the centre of the car.

On the road, the Volt drives more-or-less like a conventional car, although much quieter when only the battery is providing the power.  When the engine kicks in there’s a bit more noise, but not much more. The power delivery is impressive, with instant pickup coming as soon as you put your foot on the accelerator. The electric drive unit provides acceleration of 0-60mph in 9.0 seconds; and a top speed of 99mph. 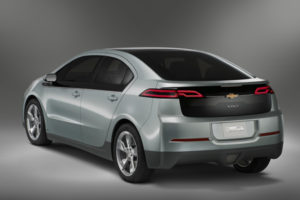 No congestion charge
In the UK, the Volt qualifies for the government’s Plug-In Car Grant worth up to £5,000, and it is exempt from the daily congestion charge in London, saving owners up to a further £2,000 per year. That surely is a political outrage which won’t last when serious budget cuts kick in. Where’s is the justification for subsidising rich car buyers, who, if they want to be green, will surely pay up the full amount anyway?

Inside, the dash board and central instrument clusters look suitably futuristic and trendy, with the white plastic trim reminiscent of an Apple iPad. Among the Volt’s key interior features are the two large screens that replace conventional instruments in front of the driver. They provide essential information and help the driver use the Volt and its unique propulsion system as efficiently as possible.

The Volt’s 150 hp electric drive unit consists of two electric motors, three clutches and a planetary gear-set that improve overall efficiency by reducing the combined rotational speed of the electric motors. There are four driving modes – “Normal”, “Sport”, “Mountain” and “Hold”. “Hold” enables the driver to preserve the full energy stored in the battery pack. This is useful when driving into restricted emissions zones, such as the London congestion charge area. The others are self-explanatory. 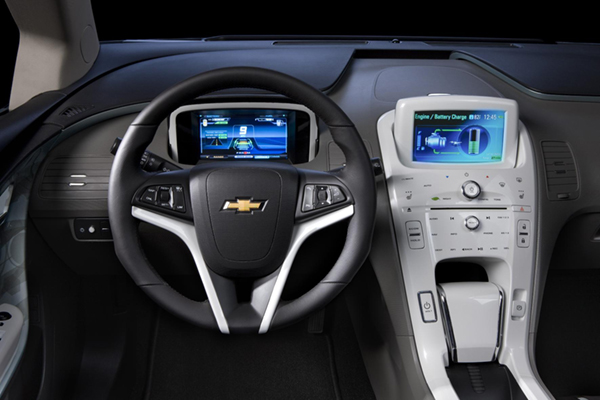 The Volt’s lithium-ion battery pack has a storage capacity of 16 kWh. Using a conventional 240V power outlet, owners can recharge the battery in six hours. The battery pack is included in an eight-year/100,000 mile warranty which covers the Voltec propulsion system.

The Volt has five-doors and room for four. There is automatic climate control with electric cabin heating. The air conditioning compressor is electrically powered at all times, so there is no need for a belt drive from a running engine. Heated front seats are also standard.

Because the Volt is extremely quiet when being driven on battery power, the driver can activate a chirping sound that to warn pedestrians of its approach. There is likely to be a spin-off industry provoked by electric cars in offering sound effects for these silent vehicles. Make mine a Spitfire XII, circa 1945 please.

Only seriously deranged green zealots surely will fail to see the utter failure of the battery-only offering compared with the Volt alternative.(Always assuming that technology doesn’t suddenly halve the price and double the range of battery-only cars.) Just how many Chris Huhne clones are out there? We are about to find out, I think. 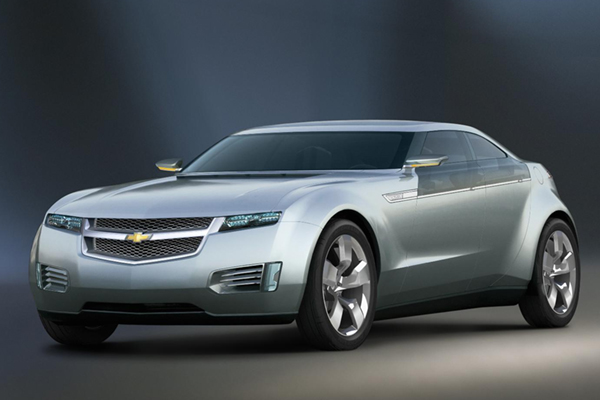 Hate campaign
A second weird spinoff from the Volt is a political controversy in the U.S. spurred by the fact that the American government owns a big chunk of GM, Chevrolet’s parent. It’s almost impossible to turn on Fox News, without hearing some pontificator slagging-off the Volt because it is seen as emanating from a government sponsored and subsidised company.

I must email Fox News’s The Five the next time they go on about this and point out that the Volt was conceived and developed way before GM became Government Motors. It is also a new, high-tech development that works, with engineering principles that will become ubiquitous, and which weren’t developed by the Germans. Celebrate don’t denigrate! 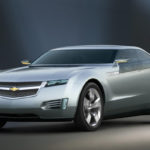 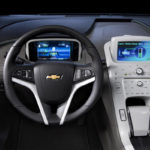 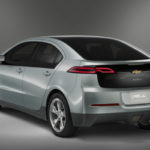 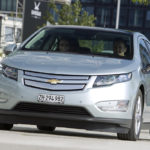 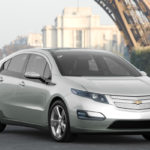