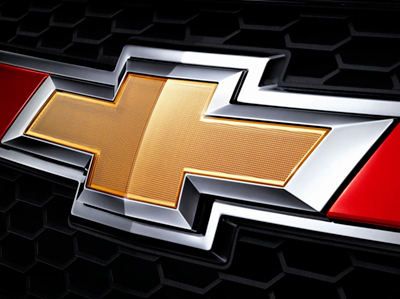 Long-Term Plan Said To Be Overambitious.
But Compared With GM Europe Companies, Chevy Is A Star.

VALENCIA, Spain Chevrolet Europe has weathered the economic storm better than most of its competitors, benefitting hugely from government cash-for-clunkers incentives, but if its ambitious long-term plan is going to be successful, it all depends on Russia.

That might not sound a very attractive proposition, with recent Wikileaks revelations accusing Russia of being a corrupt, mafia state, not to mention the fact parent company GM found itself on the wrong side of Russian Premier Putin last year. But Russia has the potential to be the biggest market in Europe. Russia took probably the biggest hit in Europe last year, when sales dived 50 per cent to 1.45 million. Thanks to a government subsidy scheme to encourage owners of old clunkers to buy new cars, sales have been recovering this year, and might hit 1.9 million for all of 2010, according to the Association of European Business.

Wayne Brannon, President and Managing Director of Chevrolet Europe, said the plan is still for Chevrolet to double its sales in five years.

Analysts say that is probably unattainable and way too ambitious, although they agree that the company has done surprisingly well since reinventing itself. Chevrolet Europe emerged from the old Daewoo company in South Korea. GM took over Daewoo in 2002 and now owns about 70 per cent of the company. Most of its products in Europe – the Spark, Aveo (soon to be the Sonic), Cruze and Captiva – are made in Korea. The new Orlando minivan, unveiled here last week, is also made there. Chevrolet don’t sell many, but the iconic sports cars the Corvette and Camaro add lustre to many dealerships across Europe. Next year the Volt, with its high-technology extended range electric vehicle system, will attract traffic into showrooms, who may then settle for something a little more modest.

Too ambitious
“Any car manufacturer that claims to able to double the business in five years is guilty of wishful thinking and Chevrolet is definitely being too ambitious,” said Walt Madeira, Europe sales forecasts analyst at IHS Automotive.

“But Chevrolet is doing a good job though. And they weathered the economic storm well, largely because of scrappage incentives which benefitted smaller vehicles. They have a good portfolio of small vehicles and they benefitted,” Madeira said.

“To double sales, that is very, very ambitious and the market place is so crowded at the moment. If Chevrolet achieved 600,000 in five years, or 650,000 that would be very positive,” he said.

Professor Stefan Bratzel of the Center of Automotive Management in Bergisch Gladbach, Germany, agrees that Russia is the key.

“To double sales in five years, that’s very ambitious and Chevrolet is dependent on that. It is very hard to say if the Russian market will come back again and have a good growth rate. At the moment the Russian government is trying to support car sales again, but the Russian market is the one in Europe that has the potential for growth possibilities, but it’s really hard to project what will happen,” Bratzel said.

Differentiate
Chevrolet, in its declared ambitions for Europe, says it is careful to differentiate itself from the other GM presence, Opel-Vauxhall. GM Europe’s Opel-Vauxhall is in big trouble. In the first nine months of 2010 GM Europe lost more than $1.2 billion. GM Europe CEO Nick Reilly has said he hopes net profit will reach four percent to five percent of sales in 2012, but said this might take until 2013 to attain. Break-even is all that can be hoped for in 2011, although Reilly said recently there is now a chance to make money in 2011, although he didn’t say how much. GM Europe has said it plans to spend $4.6 billion restructuring, which involves cutting 8,300 jobs from the 48,000 workforce. Chevy’s Brannon, speaking at the launch at this northern Spanish city, pointed out that Chevrolet Europe is in the black, and has made money every year since 2007. Brannon gave no details though.

Chevrolet says it has positioned itself below Opel-Vauxhall in the market place, but it is difficult to see how this works. Opel, mainly German orientated, and Vauxhall of Britain are mainstream mass car manufacturers like Ford Europe, Renault and Peugeot-Citroen of France and Italy’s Fiat. They all compete against each other on price, being perceived as much of a muchness in terms of quality and desirability.

Special
Only Germany’s Volkswagen can really claim to be perceived as something a bit special. Chevrolet, although born of budget manufacturer Daewoo, has now become more or less mainstream, so to base a marketing policy on a big difference between it and Opel-Vauxhall stretches credulity. This is complicated by the fact the Hyundai and Kia, also of Korea and formerly downmarket budget brands, are now perceived to be at least the equal of big European brands like Ford.

It seems inevitable that, despite Chevrolet protestations, it will steal sales from Opel-Vauxhall.

“It’s a great challenge; how to position the different makes so that both of them can sell in one market. Opel and Chevrolet are much too close to allow both to operate on some markets. But I don’t see there is enough differentiation if you look at the products at the moment,” says Bratzel.

Carol Thomas, Eastern European analyst for J.D.Power, says cannabilization is on the menu.

“Certainly there is overlap between Chevy and Opel ranges and there could be some degree of cannibalization, such as the Orlando/Zafira – though Opel and Chevrolet are of course differentiating their products where possible. Not surprisingly Opel enjoys a stronger brand image in Russia than Chevrolet, where their cars are generally based upon older products with older technology (than Opel),” said Thomas.

Combine Chevrolet and Opel-Vauxhall
So, if Chevrolet is making money in Europe, Opel-Vauxhall is losing money and looking to shed production, and both companies are almost sharing the same brand space, why not combine them into one operation that would slash costs and produce one super healthy performer?

“In realistic terms, no. On paper it might look promising, but to integrate the two brands as one is highly unlikely. There would be fewer sales points and that would cost them a lot,” Madeira said.

But Opel might want to use Chevy’s Korean facilities to make its small cars, while more upmarket cars like the Orlando could be made profitably in Europe.

The importance of Russia to Chevrolet’s plans might be undermined if you remember the controversial negotiations last year when GM pulled out of a deal to sell GM Europe’s Opel-Vauxhall to a consortium backed by Magna of Canada and the Russian bank Sberbank. This annoyed Russian Prime Minister Vladimir Putin, who called GM’s conduct “scornful”, a remark which doesn’t sound very precise, but does seem ominous.

Russia key
If Chevrolet is to fulfill its goals though, it must look to Russia, says Professor Bratzel.

“It’s really hard to project what will happen (in Russia), but if its market comes back, then the plan, though ambitious, is possible,” said Bratzel.