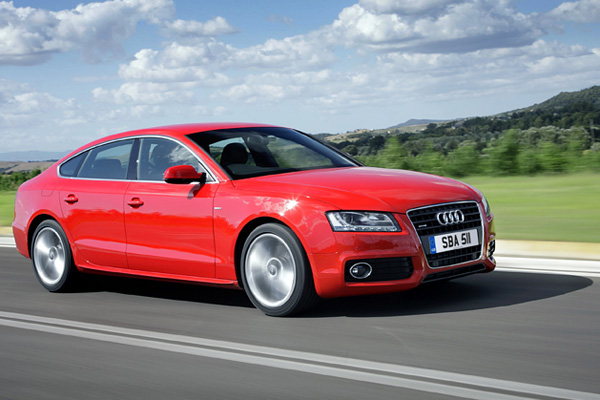 Audi’s relentless new product march continues, with the A5 Sportback completing the A5 line-up of hatchback, coupe and cabriolet.

The Sportback may be a nicer way of saying hatchback, but that isn’t fair to the car, which does look very sleek and attractive. Maybe Fastback would have made more sense because Sportback may sound sexy in German, but is a bit awkward in English.

Audi says this is a unique niche in the automotive world, with no other direct competitors. When Audi unveiled the Sportback at the Frankfurt Car Show, its bitter rival BMW was taking the wraps off its new BMW 5 Series GT, which also is a fastback/hatchback design, but is a bigger and more expensive car, so Audi is still alone in this category. 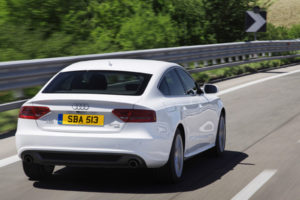 Looking over the cars on the Audi and BMW stands in Frankfurt, the progress the former has made in its styling becomes obvious. Audis seem sleeker, more modern, while BMWs, still suffering from the curse of Bangle (their chief designer who left the company earlier this year) present a bunch of cars which although extremely desirable from a driving and dynamic point of view, look, well, less than attractive. If you compare the A5 Coupe with the BMW 3 series coupe, the latter looks chubby and podgy compared with the Audi. The BMW 3 and 5 Series look over-styled, the X6 – a fast-back SUV looks simply awful. The X3 is dull and its mediocrity seems to have been incorporated into the new X5 SUV design which used to look great but now doesn’t. By the time I replace my own 7-year old BMW 330d, in perhaps a year or two, the new models will have been deBangled, and might catch my eye again.

Avant
Dynamically, Audi has made a big effort to improve handing, with a radically different suspension set up on the new A4 and A5, and longitudinally mounted engines which allow the wheel base to expand and improve load distribution and balance. Audi says the A5 Sportback has head and leg room comparable to the A4 saloon and luggage capacity of up to 980 litres with the rear seats folded, that runs the A4 Avant estate car close. 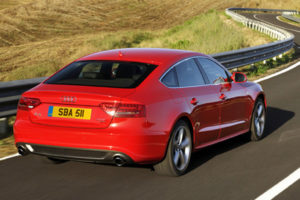 When the A5 Sportback goes on sale next month across Europe there will some difficult choices for buyers to make.  There are 167 hp 2.0 litre, 187 hp 2.7 litre and 236 hp 3.0 litre diesel engines or 178 hp/2.0, 208 hp/2.0, or 261 hp 3.2 gasoline motors. There are four wheel drive options, and continuously variable or twin-clutch automatic gearboxes. Green developments like energy recuperation and stop-start are also available. Lugging capacity almost matches the station wagon version of the A4, the Avant. There is a continuously variable automatic available, and a pricier 7-speed double clutch auto box. You can add the Technology package – satnav, sound system and cruise control for £1,955. Hill hold assist will add £45 to the price.

East Grinstead
I first drove the 2.0 litre 208 hp direct injection petrol car (from £25,715,), and this provided an electrifying drive. The four-cylinder behaved more like a six, with instant throttle response. The 2.0 litre 178 hp diesel was less impressive, making this the first petrol engine in along time that I felt was superior to the diesel. The test drive took us from close to East Grinstead in Sussex down to the Channel Tunnel and off on a brief excursion into France south of Calais. I drove the 3.0 litre TDI quattro diesel (from £32,600) on the way back. As you’d expect it was quiet, silky and provided instant oomph when required. On the motorways of France, the harshness of the suspension wasn’t noticeable. But coming back to the 3rd world road surfaces on Britain, this becomes an issue. Also, the typical Audi interior is not to everyone’s taste with its modest, understated look, which critics might call bland. The headroom in the back was a bit tight. 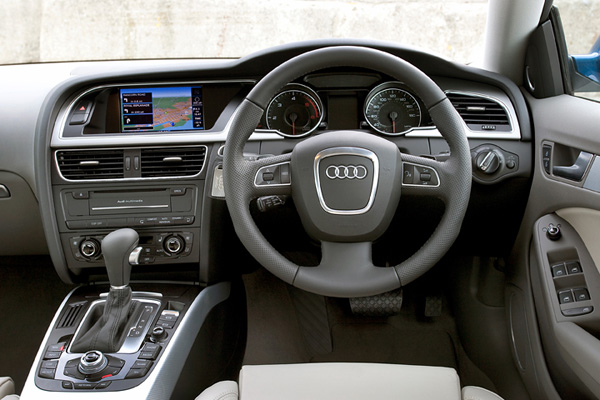 The 2.0 208 hp manual in S form starts at £25,715 and among other things has 17 inch wheels, cloth seats, one zone climate control, and an electronic hand brake. The SE version, which starts at £27,415 has a better sound system, rear parking sensors, leather seats, and a front, centre armrest. If you go for the S line option, which starts at £29,615, you get among other things 18 inch wheels, sports suspension, niftier trim inside and out, and Xenon headlights with LED front and rear lights.

Looking at the options available just in this narrow niche, with all the engines and S, Se or S Line choices and then possible add ons, it does make you think that perhaps a simplified choice might make more sense. The Japanese seem to manage with about a 10th of the possible options. But Audi, a subsidiary of VW, has been so successful over the last 5 years, it clearly knows exactly what it’s doing. 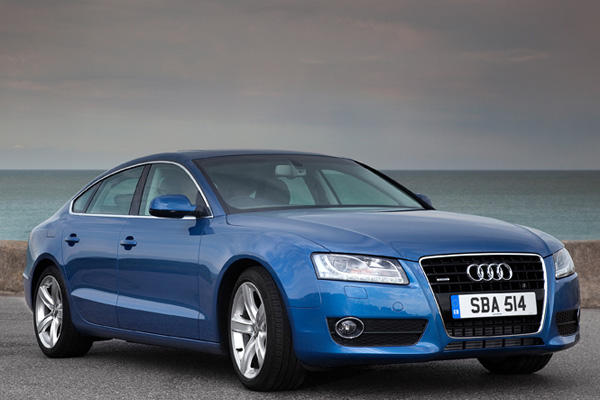 (Audi provided a hotel room for me on this launch) 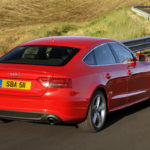 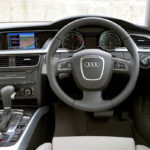 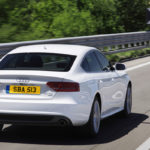 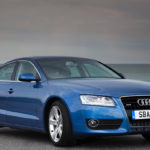 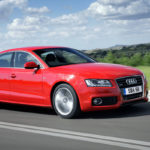