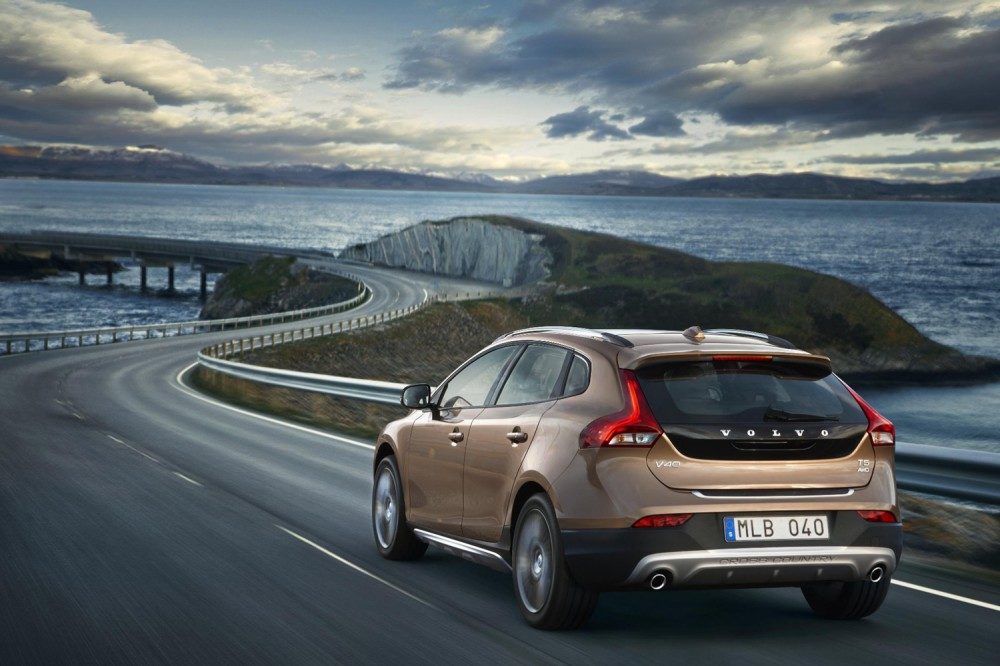 It took a while to find out some important pricing details after I’d driven the Volvo V40 for a week. The V40 – the one I drove had a powerful and flexible 1.6 litre petrol motor – was a very nice car, with much useful equipment, like a powered driver’s seat and an impressive sound system.

When you consider the competition for cars in this sector from the BMW 1 Series, Audi A3, Mercedes A-class and Lexus CT, the first obstacle for a challenger like Volvo is price. I’m afraid that when I found out the price of this V40 was £31,705, it fell at the first fence. 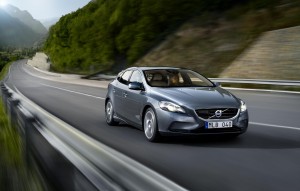 The fuel economy claim too is way off, although I didn’t drive the car far enough to come up with comprehensive data. My just-under 200 mile stint returned 34.9 mpg in ideal conditions for fuel economy. As I refilled only once, I think the economy could be better, but surely won’t get anywhere near the claim of an average 51.4 mpg.

The interior is smart without being a reason to buy. The get-up-and go from the engine is very impressive. The car handled very well, although the suspension was a bit too harsh for my taste. The six-speed manual gearbox was terrific. The room in the back is limited for both legs and head. The luggage space won’t impress you if you’re a golfer.

City Safety
The car had various technology aids. The first was an attempt to make reversing easier with a near side wing-mirror that points downwards when you engage reverse. Unfortunately, this just pointed at the ground and actually inhibited safe reversing. When you drive through narrow lanes (and my driveway leads out on to a tight little track) the bings and bongs from the safety system are confusing and annoying. It’s hard to see what they are trying to warn you against. A warning light occasionally flashed across the driver’s screen, again with no obvious reason. I was hoping that the car would have Volvo’s acclaimed slow-speed accident avoidance – City Safety – which automatically applies the brakes at under 20 mph when the computer senses a collision. As a “victim” of an accident like this (ok, my concentration failed, it was all my fault at a roundabout when I assumed the car in front had moved off) I would have appreciated help like this. I drove the car slowly towards a wall but nothing intervened to stop me. Except me, just in time. 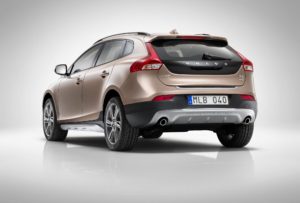 I liked the indication on the dashboard of exactly which gear I was in. Often in six-speed manuals with powerful engines it is hard to know quickly which one you’re in. The indicator which sought to advise on the best gear for economy might as well have been written in Chinese. The SatNav had no post code option that I could find. It’s a rule of mine that these devices live or die by their intuitive nature. The need to reach for the instruction book means it’s useless in the real world.

Premium hopes
Volvo has been trying to call its V40 range a premium vehicle which can fight against the Germans, and has strengthened the range with new R-Design and Cross Country variants

Volvo says the V40 is the safest car in its class too, with the highest score ever recorded by EuroNCAP in recent crash tests, thanks in part to pioneering technologies such as the world’s first pedestrian airbag and City Safety, which also now qualifies for reduced insurance premiums.

“For years now, Volvo has offered the solution for drivers who want a premium vehicle experience with low emissions and low running costs, but who don’t want to sacrifice equipment, styling or safety features.”

“Put simply, the V40 delivers unprecedented choice in the premium hatchback sector without compromise for the customer. Our customers can enjoy low fuel (costs) and tax benefits thanks to sub-100g/km CO2  (67 mpg) emissions, yet still have the luxury of SE Lux spec if they want to − plus they get to choose from the V40, V40 R-Design or V40 Cross Country bodystyles.”

The V40 is available with a choice of six engines, including a new 254 hp, five-cylinder 2.5-litre T5 Geartronic performance model, which can cover 0-60mph in 5.7 seconds and will continue on to a top speed of 155 mph. Diesel engines include two 2.0-litre motors − D3 with 150hp or D4 with 177hp − both of which are available with a choice of manual or automatic gearbox and combine impressive performance with frugal fuel economy of up to a claimed 65.7 mpg for manual versions, says Volvo.  In your dreams. 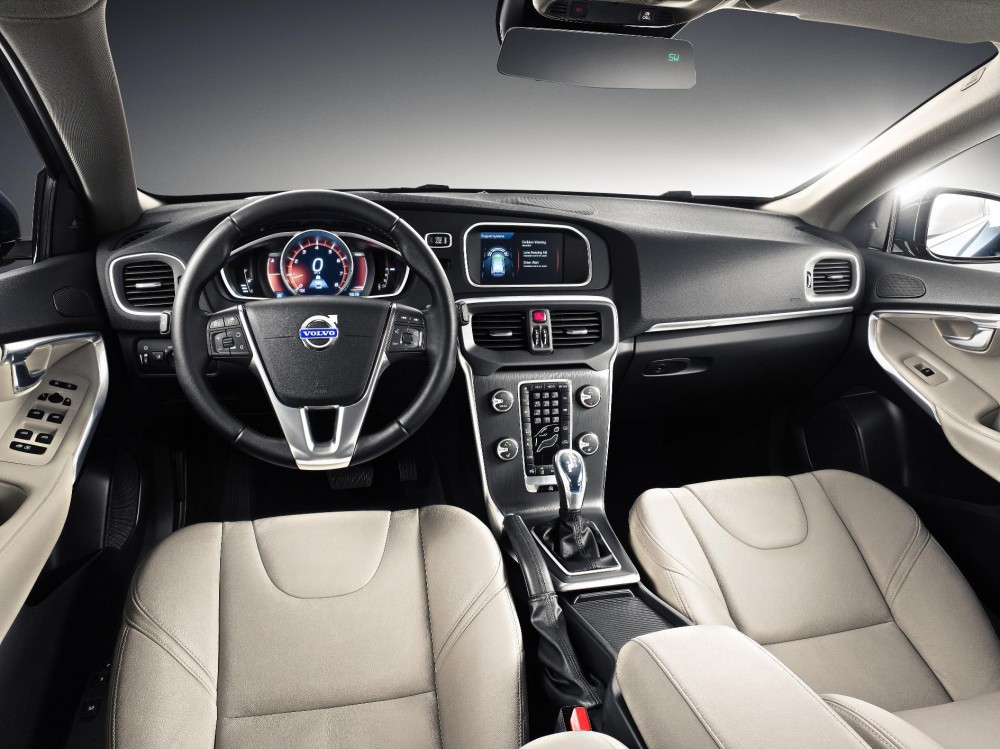 Congestion charge avoidance
Rounding off the diesel engine range is the 1.6-litre D2 engine. Available in all three body styles and a full range of trim level options, all D2 models feature 67 mpg economy plus exemption from the London Congestion Charge. 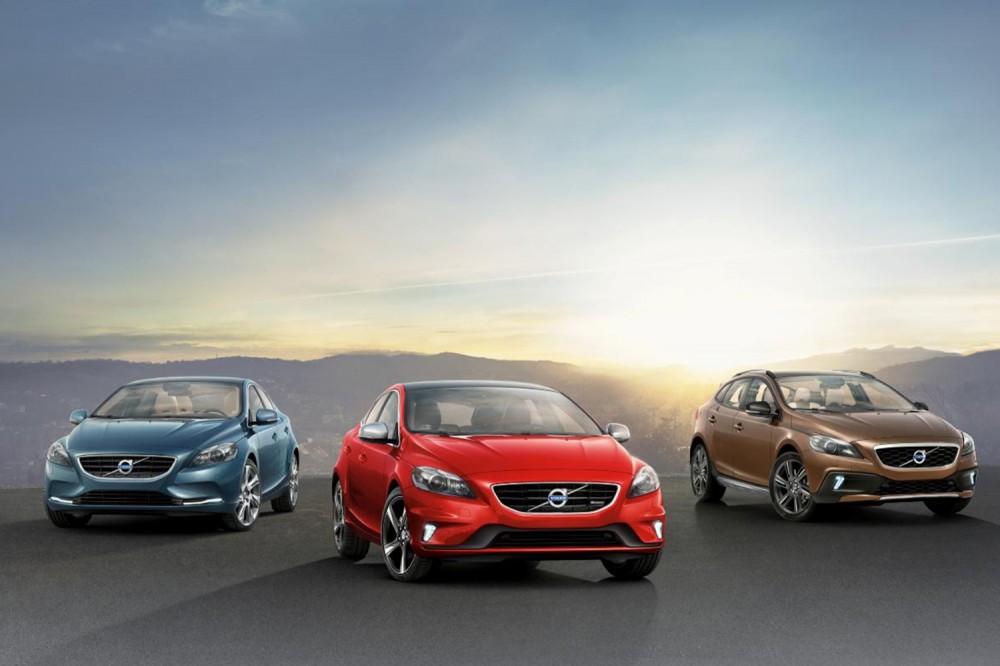 Volvo’s aim to compete with the German premium machines in this sector is still going nowhere. If you think of the car as a superior Ford Focus or VW Golf, that might be more believable. Prices need to come down too.