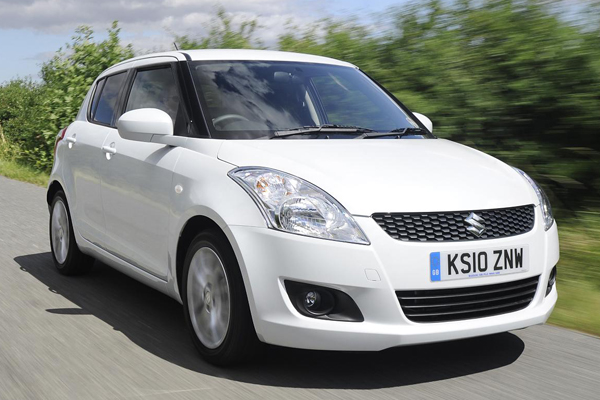 Thank Goodness The Complete Redesign Retains Original’s Beauty
VW Buys 20% Stake; That Should Be Good For Engines, Electronics
**** out of 5

For – cute, well made, classy interior, well equipped, drives well
Against – prices creep up, motor sport fiction should be dumped

MUNICH, Germany – Suzuki has redesigned the Swift supermini, making it longer, wider and higher than the old one. But thankfully, the Japanese company hasn’t messed much with the overall looks of the car, which were always outstandingly cute.

I’ve just been watching a video of the old car. I’m sure if the thing stopped I could tell it apart from the new one, but so far I’ve failed.

The car always looked a bit like the BMW Mini, but the comparisons end on that superficial level. The Swift has more room in the back, is just as well made, and has a high quality interior with an excellent dashboard and nice materials. It costs thousands less than the Mini. Go figure. 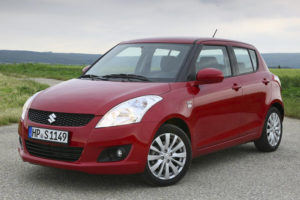 Suzuki says the new Swift is better in every way than the old one. It’s got better fuel consumption from more powerful engines which are smaller than the previous ones. The old one sold very well, with global sales of 1.65 million since 2005, but in a presentation at the launch, one Japanese honcho said motor sport played a major role in this. I don’t understand why car companies continue with this fiction, not to mention wasting vast sums of money. No normal car buyer would have been aware of any Suzuki involvement in motor sport. Not one single new Swift will have been sold because some spotty teenager was thrilled by a Suzuki in disguise beating a lot of other competitors which also would have no connection at all to the road-going model. The sooner manufacturers end this colossal waste of resources the better.

Just to demonstrate the lack of shame which car manufacturers demonstrate when extolling the virtues of their cars, listen to this.

“The new Swift inherits a look in which a short, wide, compact body appears to be bursting with energy, but it has evolved into a form with a more powerful emotional appeal and greater refinement. The overall impression is of a toned, athletic body that is elegantly clothed,” says the Suzuki blurb.

Looks nice
In fact, the new styling looks nice and certainly hasn’t gone far astray from the old one, but really. It’s great that Suzuki didn’t change the overall styling much. That would have been a major mistake. 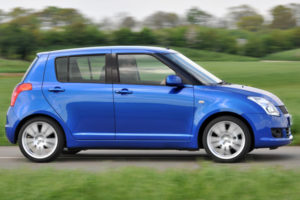 There’s a new petrol engine which is 1.2 litres compared with the old 1.3, and Suzuki claims this will give you average fuel consumption of 56.5 mpg. The 1.3 litre diesel is said to do 67.3 mpg. I didn’t get the chance to test these figures, which seem too good to be true, but I’ll report back if I manage to drive a Swift for longer than a couple of hours. I drove the 1.2 petrol automatic in Germany and that performed exceptionally well on the highway. It handled well on the bendy bits, and the four-speed auto box worked a treat, kicking down quickly when required. I drove the diesel version with a manual gearbox. At first I thought it must be petrol motor because it seemed too quiet for a diesel. The Swift “only” has five speeds, although personally I prefer this to six.

Prices start at £9,995 for the SZ2 three door. The SZ4 five door with manual transmission costs £12,245. The top of the range five door automatic costs £13,245. Zero per cent finance is available, payable over three years with a 50 per cent deposit. 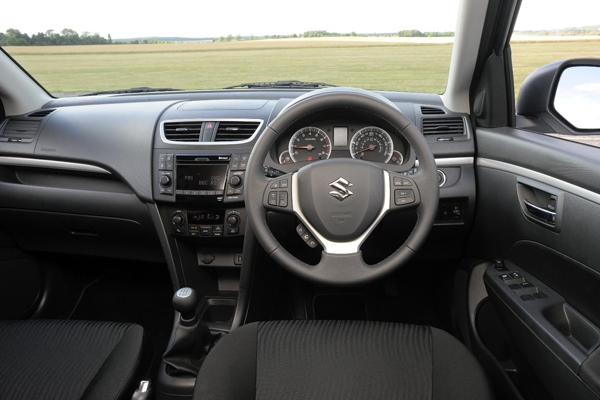 Will VW take over?
Suzuki’s days as a relatively small, family-owned car manufacturer might soon be over, as Germany’s VW has taken a substantial stake. VW has bought one-fifth of Suzuki for $2.5 billion. Suzuki bought a 2.5 per cent stake in VW. VW wants to improve the economics of its small car production in Europe and emerging markets. Suzuki has an exemplary record of making small cars profitably, and enviable emerging markets exposure.

Suzuki has great strengths in small cars but lacks strong expertise in electronics, diesels, hybrids and medium and large cars. It has also struggled to build a strong position in Europe, and barely hung on in North America. There’s no question yet that VW’s purchase will end in a complete takeover, but you never know.

Meanwhile, the little Swift is an outstanding small car which lives up to the promise of its good looks.

(Suzuki provided two nights in hotels and a flight to Munich) 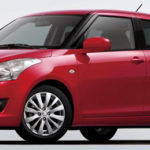 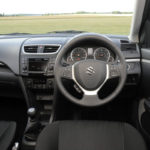 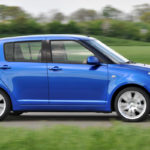 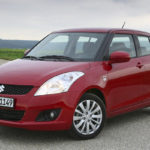 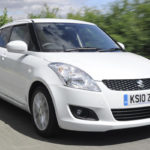 Could China Speed Up Western Attack By Buying Its Way In?
Double Dip For Auto Sales Looks Likely