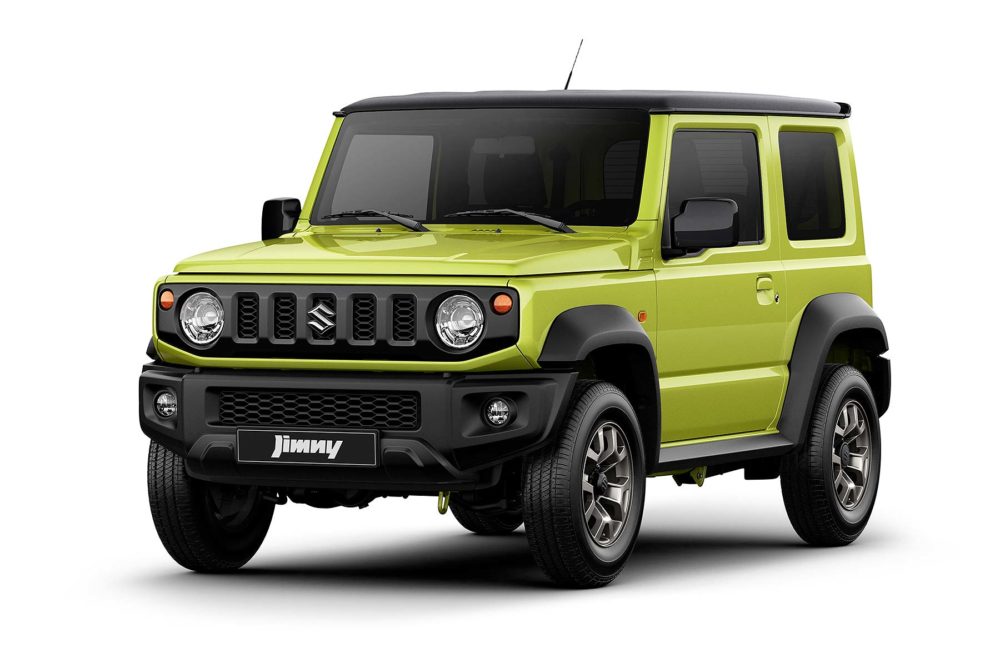 Sometimes car designers get everything just right and produce a new machine that looks as beguiling, attractive and downright cute as the new Suzuki Jimny.

This little off-roader has been in a class of its own since first appearing in 1970, and the latest iteration has knock-out looks to go with its unbeatable performance when the tarmac runs out. 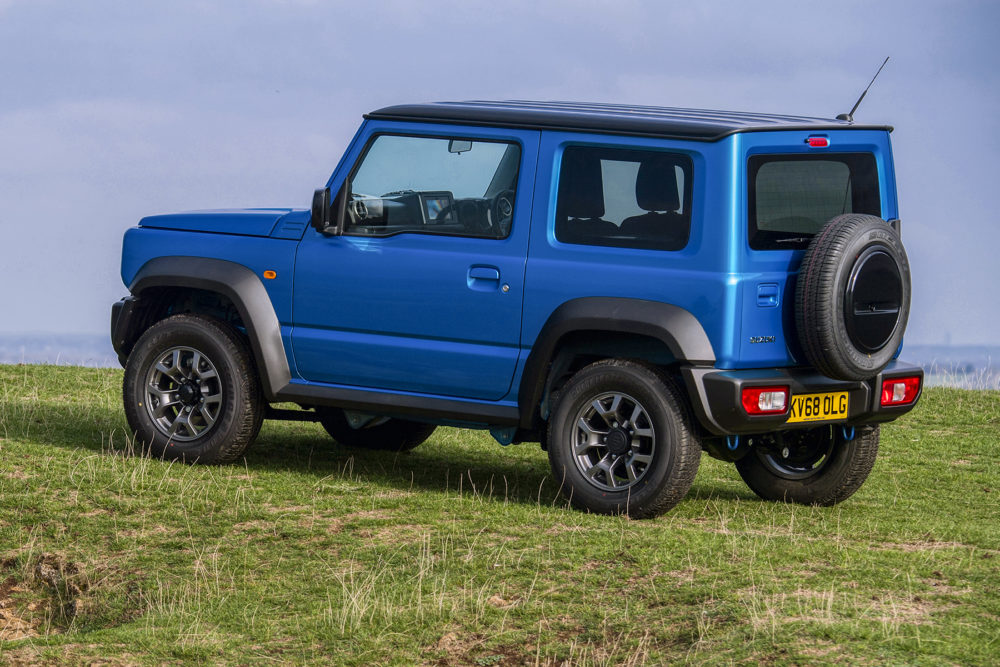 The new one has a much improved, high-quality interior, a new engine, and is priced to go, starting at £15,499 for the SZ4 version. But Suzuki might be making a problem for itself here because already it is warning that supplies are limited. Maybe it should raise prices a bit to choke off demand if it’s unable to produce enough.

The SZ5 is priced at £17,999 and the automatic version goes for £18,999. The Jimny retains its traditional so-called ladder-frame chassis for maximum off road performance, much like its closest competitor, the much more expensive Jeep Wrangler.

The new Jimny is a bit shorter, wider and higher than the previous model. Four-wheel drive availability is of course standard, and there’s no namby-pamby computerised nonsense. If you want to move from 2-wheel drive to all-wheel drive, you actually have to physically reach down, depress the clutch and move it into 4×4 mode. There’s plenty of standard gear, including Hill Descent Control, Lane Departure Warning and High Beam Assist.  There’s air conditioning, cruise control, CD player with DAB Radio, Bluetooth connectivity and front foglamps. If you want LED headlights you have to move up to the SZ5, which will also get stuff like rear privacy glass, climate control, navigation with phone Link, and heated front seats.

“there really isn’t any acceleration to speak of”
The new 1.5-litre 100 hp four-cylinder petrol engine replaces the old 1.3 litre one. The new motor delivers higher torque than its predecessor to enhance driving off-road. Maximum speed is 90 mph and there really isn’t any acceleration to speak of, (Suzuki won’t disclose the figure) but the performance on the road is adequate. There’s a 5-speed manual gearbox or a 4-speed automatic option. It will cruise comfortably at legal maximum speeds without much trouble. I drove it on country roads and highways in the Midlands and it was no racing machine, but performed just fine. It handled well at motorway cruising speeds and wasn’t as bouncy as the old one.

The rear luggage space can be expanded by folding the rear seats, which now fold fully flat. The quarter trims and seats have been designed to increase storage width. The backs of the rear seats and luggage room floor are coated with plastic for easy removal of dirt or stains and five hook points are fitted on each side under the quarter windows along with four luggage hooks around the floor area for flexible usage of luggage space.

The Jimny is all about off-roading. 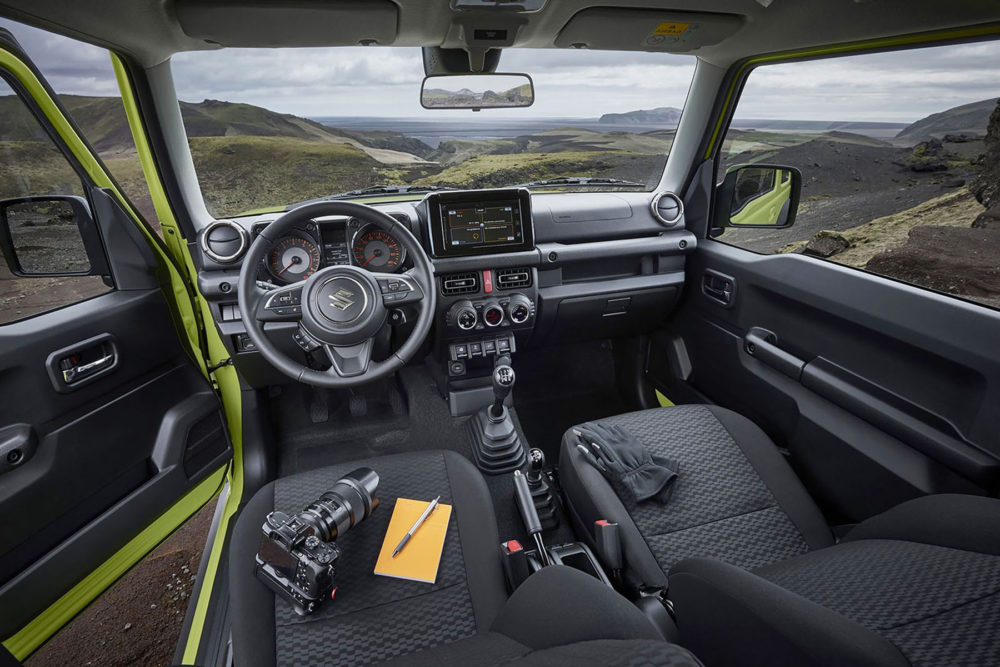 Apparently, the name originated from a word picked up by Suzuki executives during a trip to Scotland many years ago. Originally intended to be called the ‘Jimmy’, linguistics errors arose in translation and they ended up calling it the ‘Jimny’.

Should you buy one?
If you are seriously into off-roading, you will be banging on your local Suzuki dealer’s door because the Jimny undercuts the opposition by a huge amount. The top of the range, manual gearbox Jimny is priced at £17,999, and the cheapest Jeep Wrangler is more than twice and then some that at £44,495. OK, the Jimny is a lot smaller than the basic Wrangler and doesn’t have the on-road performance, but that’s two for the price of one with big change left over. 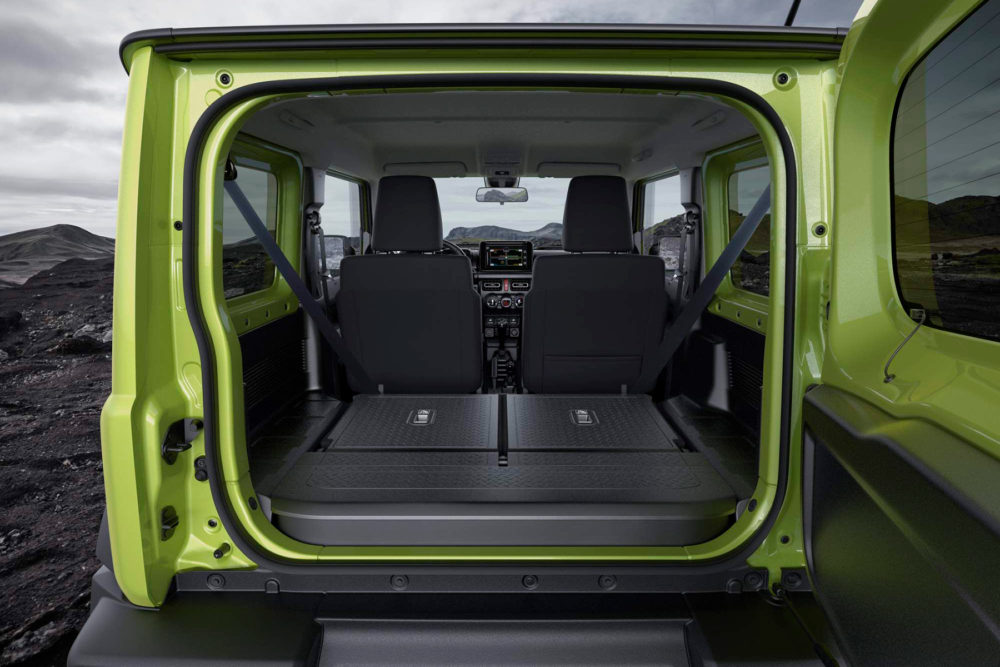 Suzuki said this in a statement.

“Safety is paramount to Suzuki, it acknowledges the results of the even stricter protocol 2018 NCAP test for Jimny and will keep trying to further improve its safety. The new Jimny has a much higher level of safety than the previous model. Its standard safety equipment includes multi airbags, Dual Sensor Brake Support and Lane Departure warning,” Suzuki said. 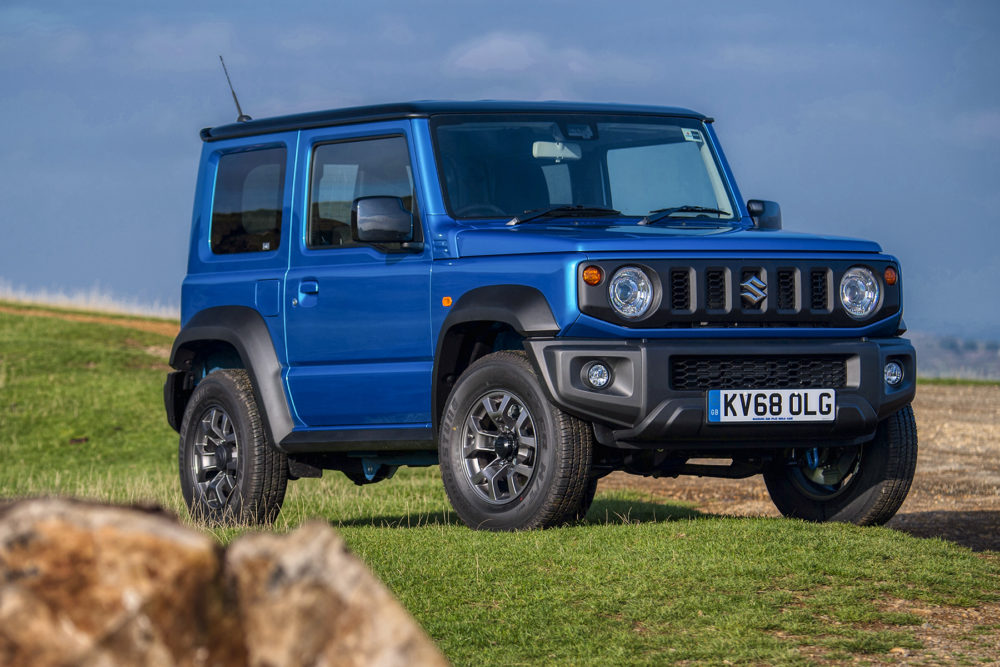