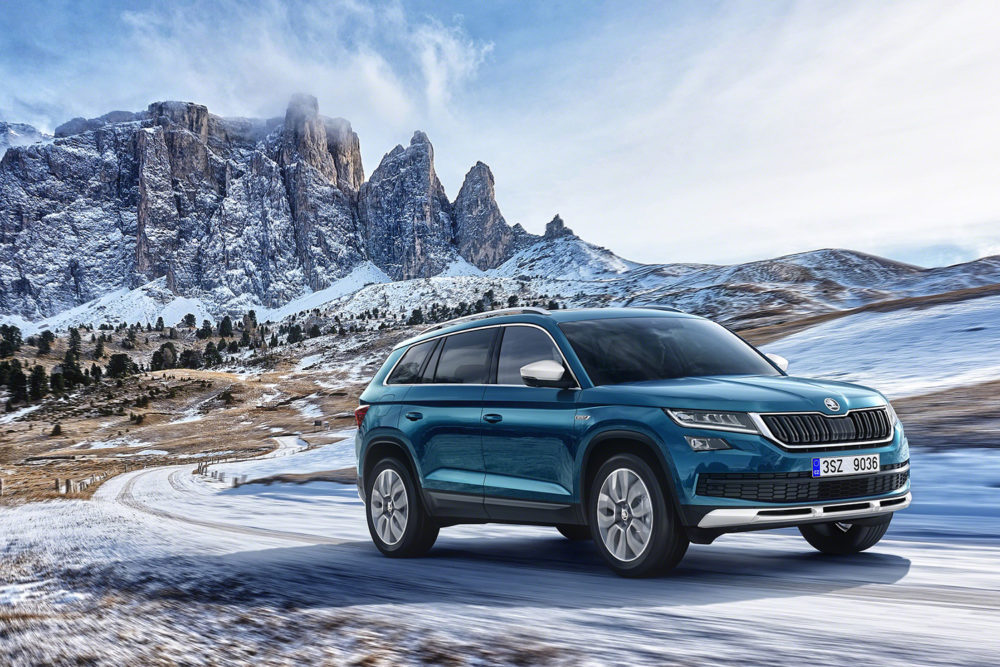 BATH – Skoda, Volkswagen’s Czech Republic-based brand, is moving into the big SUV market with the Kodiaq which goes on sale soon in Britain.

The Kodiaq is nearly named after a town in Alaska called Kodiak, which is closely linked to a huge bear of the same name. Expect to see more of this bear as the advertising campaign unfolds.

The Skoda Kodiaq is based on the VW Tiguan SUV, and seats up to 7, and includes an electronic gizmo which takes control when reversing with a trailer. At launch there will be 5 engines, diesel or gasoline, with 6-speed manual gearboxes, 6 and 7 speed automatics, front-wheel and all-wheel drive. 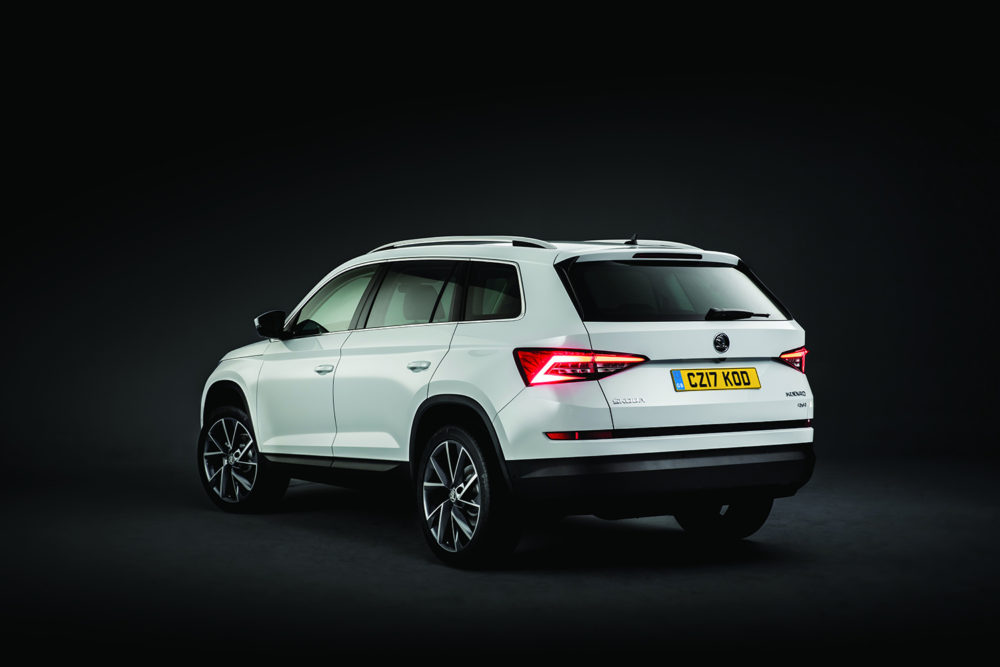 Customer pleasing special features include door-edge protection, which deploy automatically using preloaded springs when opening the car door and prevents the metal edge of the door from coming into contact with a garage wall or an adjacent vehicle. There is an umbrella in the front doors. This version was heavily loaded with kit, as you’d expect from the price and even includes premium stuff like electric seats, which are naturally leather.

The Kodiaq looks classy and well built, but doesn’t venture down any adventurous styling routes.

There is much safety assistance technology and connectivity. The 5 engines range from 123 hp to 198 hp. All engines feature Stop-Start system, brake energy recovery and a powerful thermo-management system that contributes to lower fuel consumption. 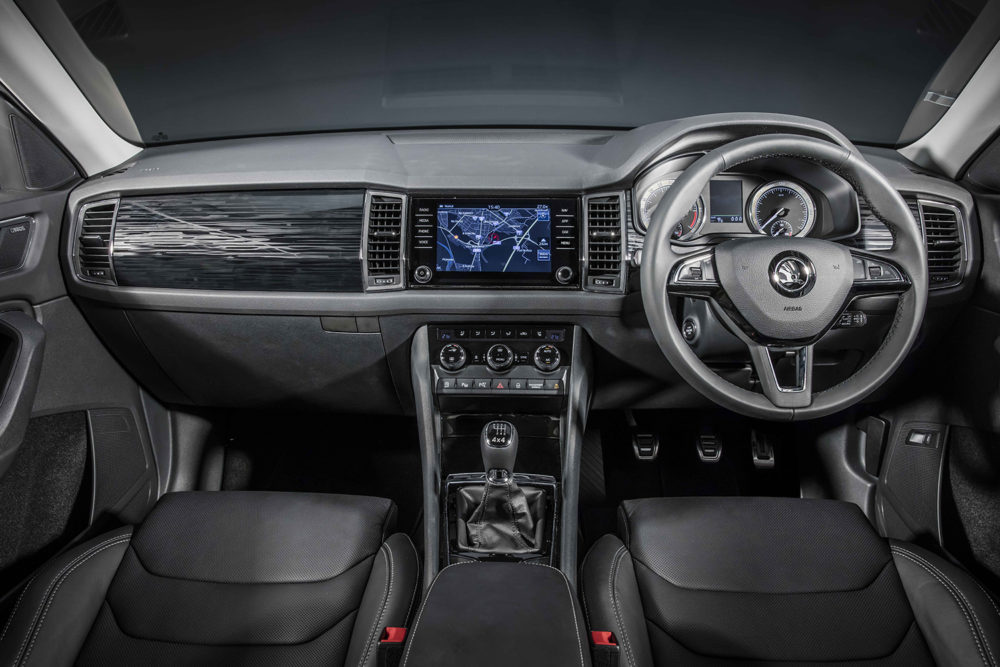 Petrol lineup
The petrol line-up consists of two 1.4 units, one with an output of 123 hp and another with 148 hp. The diesel line-up features a pair of 2.0 TDI units with outputs of 148 hp and 188hp. The 148 hp version can be specified with a manual 4×4 transmission, two-wheel drive DSG and 4×4 DSG, while the 118 hp motor is fitted with a seven-speed DSG 4×4 transmission only. The range comprises three trims; S, SE and SE L along with a new Edition grade that celebrates the arrival of the brand’s first ever seven-seater SUV.

The choices
This section of the market is becoming more and more crowded as the public’s lust for SUVs, even two-wheel drive ones, rises exponentially. The Kodiaq certainly is a very worthy new option, but as you see can see from the “competition” section below, the choices are stunning and impressive. Last week I drove the new Peugeot 3008, winner of the Car of the Year award. The 3008 immediately answered a nagging question, why do SUVs have to be so similar and worthy.

They all tend to look alike? Not the 3008, which came laden with eye-catching features around the body, and the most amazing interior.  The most impressive choice I’ve driven so far is the Hyundai Tucson, which made up for bland looks with its amazing quality. This is another case of go to your nearest dealer if you want an SUV. They are all top notch. The Audi, Volvo, BMW and Mercedes will be pricey. 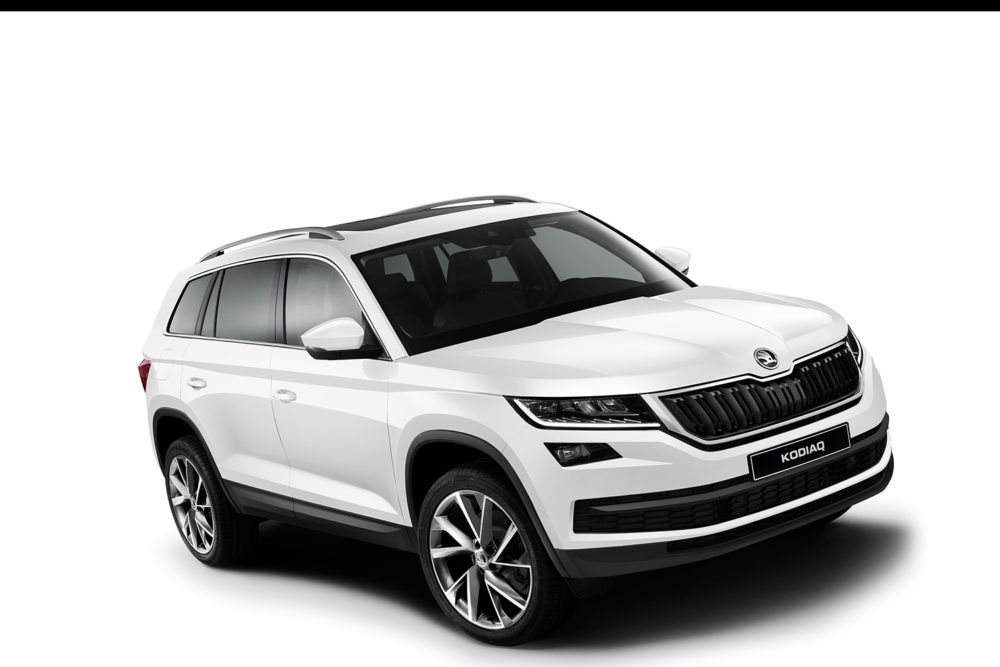 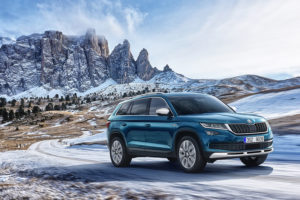 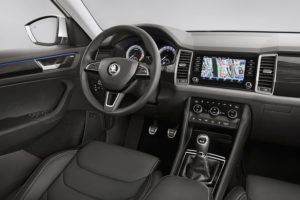 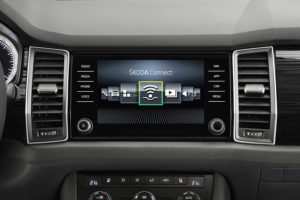 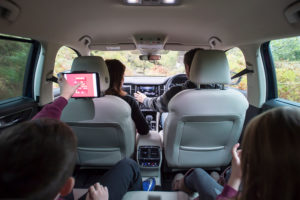 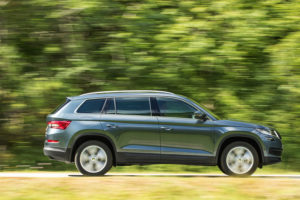 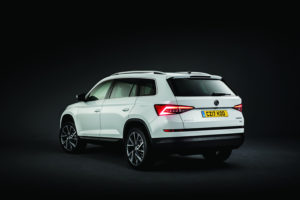 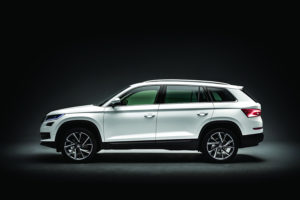 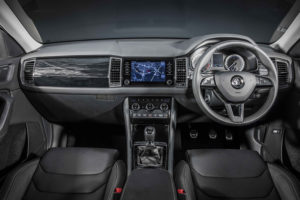 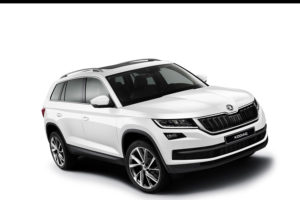