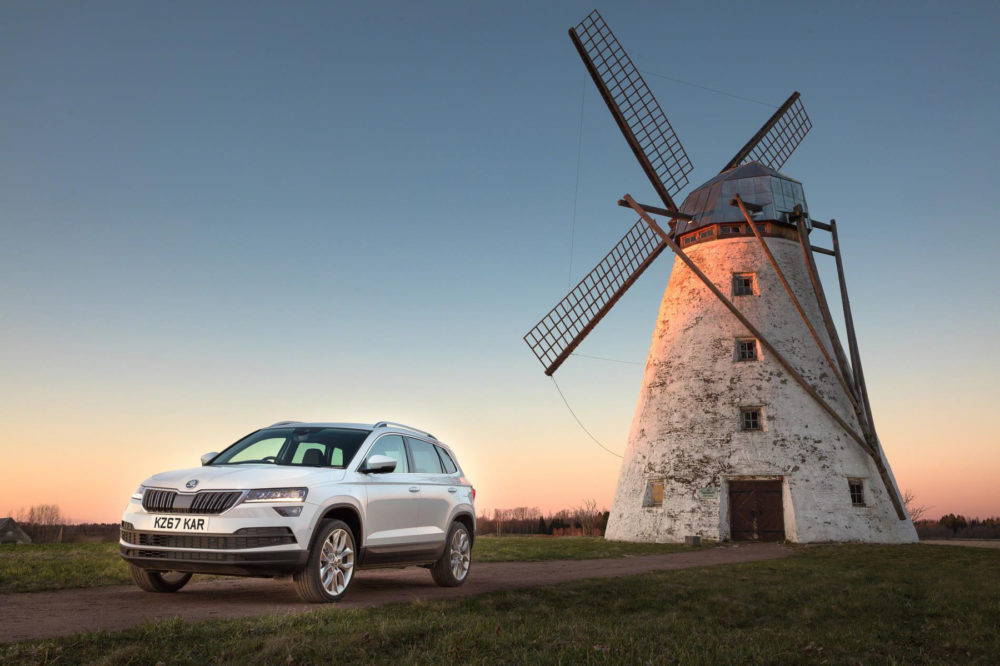 Another day, another SUV.

As a fan of the ilk I shouldn’t complain too much but it clearly is getting difficult for manufacturers to come up with new SUVs  amongst the shoal of new entrants that look a bit different. The new Karoq has a carefully designed and attractive grille that unmistakeably shouts Skoda, but apart from that there is little to distinguish it from other SUVs. The design is neat and acceptable, and given the utilitarian nature of the product, that probably makes sense. 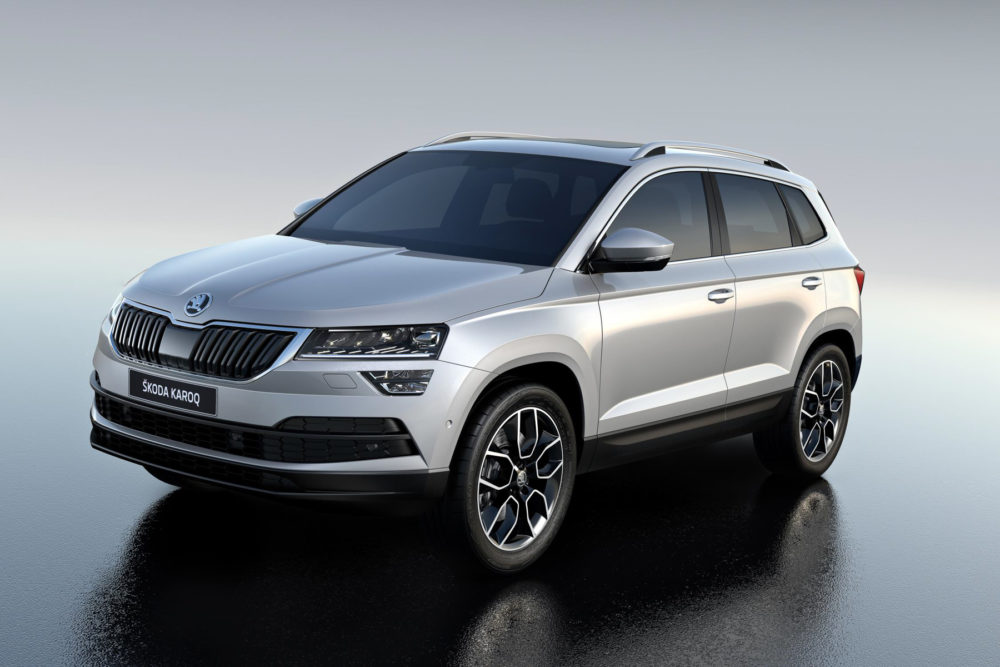 Another factor which will differentiate the Karoq is price.

A couple of years ago while I was searching for the perfect SUV in my price range of up to £22,000, one of the final remaining candidates was the Skoda Yeti. Skoda has replaced the Yeti with this new Karoq. The Yeti was on the small side in this category, and despite clearly being related quite closely to a van, it looked cute. It drove well and oozed quality, but the price with all known extras closed in on £30,000. Much too much money, and although it probably edged the Suzuki slightly in quality, my final decision in favour of the Vitara was easy because of its competitive price.

I’m now a year away from replacing my Vitara, so I was interested to see if the Karoq could set me a problem when the decision day comes. I have to say that the first Karoq I drove was priced at £33,910, which puts it in a completely different category, and at this level would eat into sales of its big-brother the Kodiaq. The Skoda Karoq Edition 2.0TDi 150 4×4 DSG was a magnificent vehicle, but I should point out that the range actually starts at £20,875. 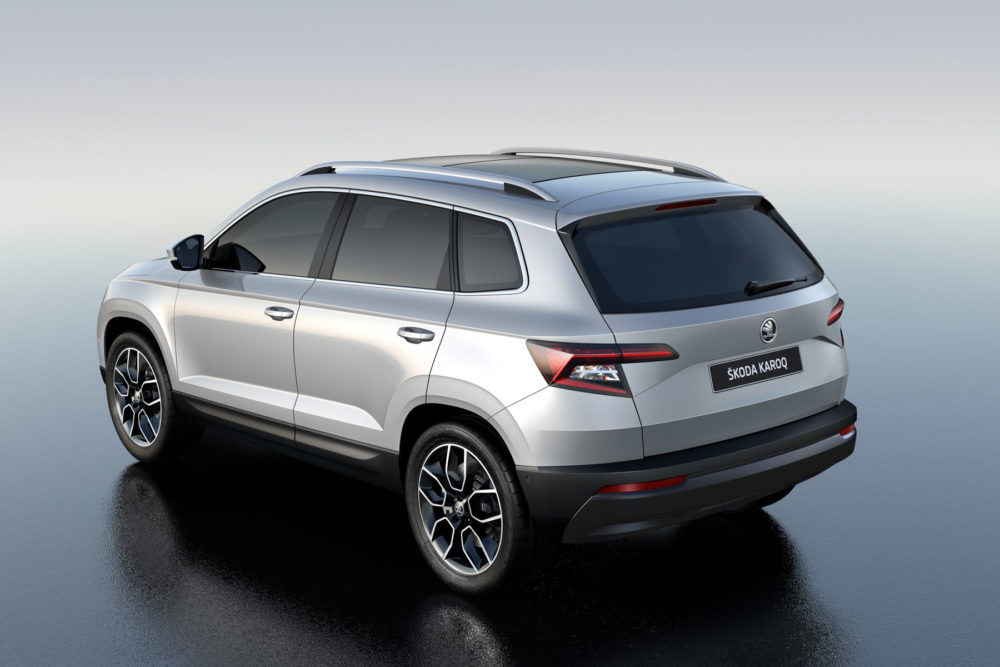 Three trim levels
So bear that last number in mind as I go through what the Karoq has to offer. There are three core trim levels SE, SE L and Edition, plus fleet-focused SE Technology. Engine options are two diesel and two petrol, with power ranging from 113 to 148 hp. 7-speed automatics are available, while the 2 litre diesels are 4×4. SE L and Edition offer satnav. Range-topping Edition models are fitted with Columbus systems featuring a 9.2 inch touch-screen with Gesture control no less. 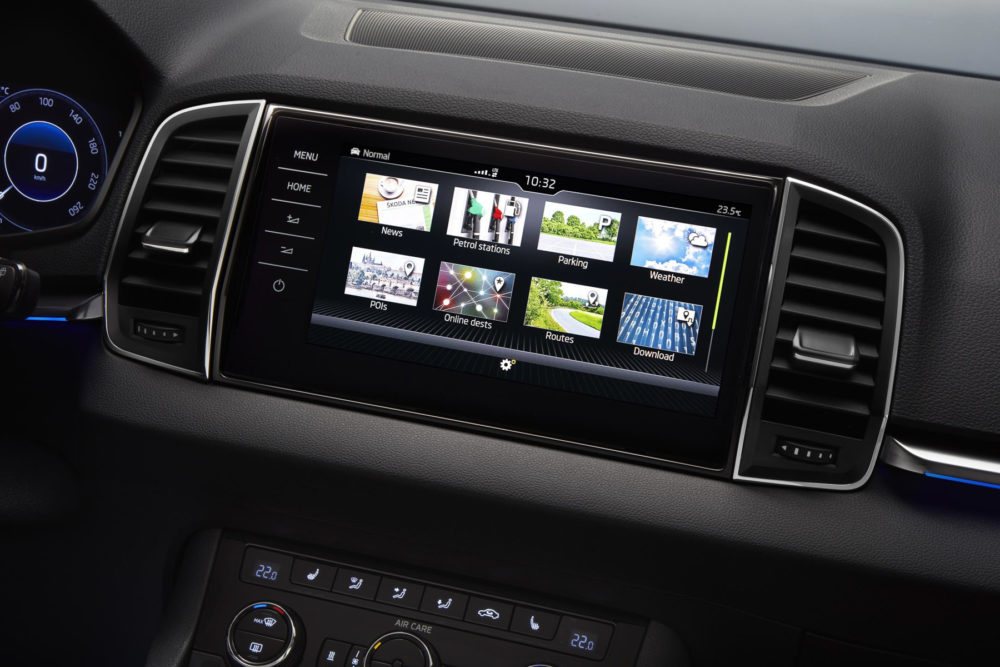 Alaska
It seems that the Skoda new name searchers might have a thing about Alaska. The big Kodiaq is named after an Alaskan bear, while the Karoq name comes from the language of the Alutiiq – a tribe native to Kodiaq island, Alaska.

The Karoq has some neat innovations designed to make life on board more comfortable including a heated steering wheel and personalisable keys. As soon as driver A unlocks the car, their individual settings kick in.

All four engines have Stop-Start as well as brake energy recovery. All are available with a choice of a 6-speed manual transmission or a 7-speed automatic. The 2.0 litre 148 hp diesel has all-wheel drive.

What to buy?
It is remarkable how far the Skoda brand has travelled since the time it was a music-hall a joke on a par with Russia’s Lada. Now it is perceived as a competitor, not only with its patron Volkswagen, but with other top class manufacturers. Like Kia and Hyundai, it has passed through value brand territory to the point when its cars and SUVs now seem a bit overpriced. Whenever I say that, I’m reminded that in the days of personal leases, the upfront price is almost irrelevant. You can use the high price regime to your advantage because the strong residuals often mean cheap monthly lease payments. The choices in this category are formidable, with the standout competitor being the Peugeot 3008 with its stunning interior. 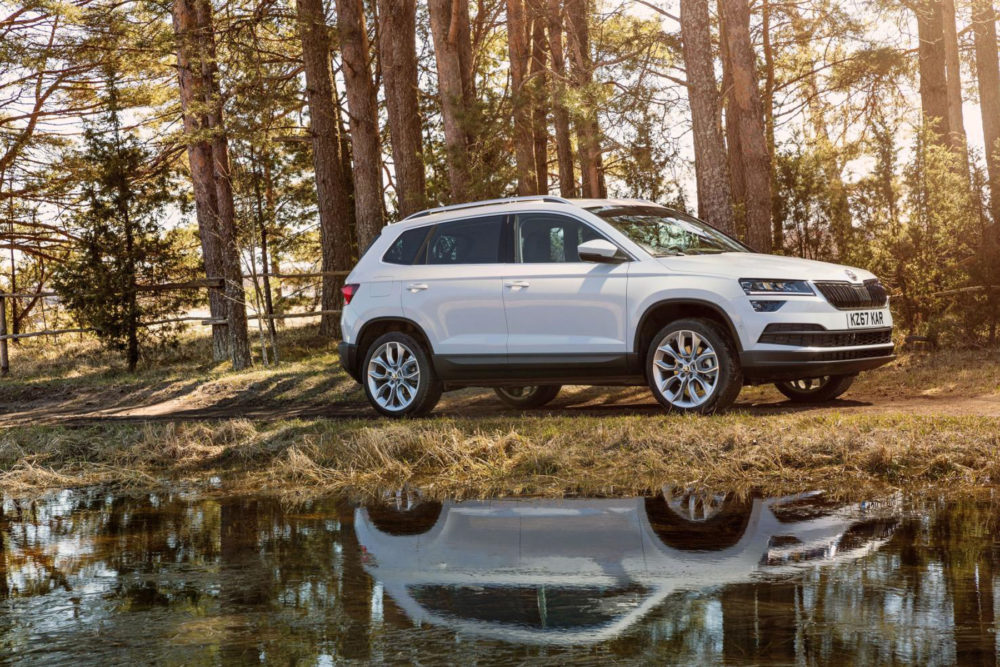