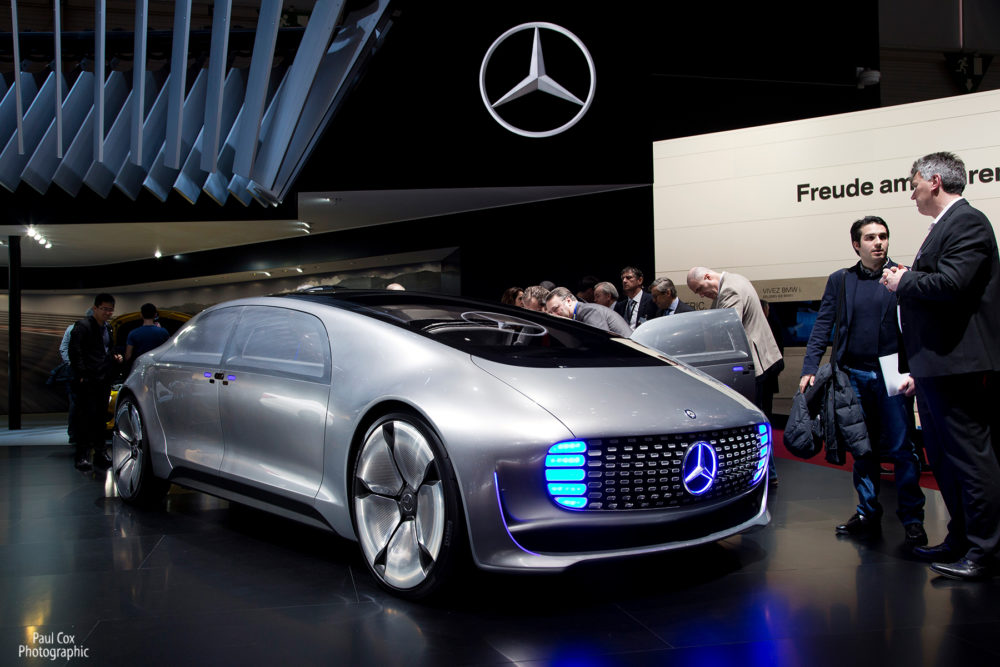 Autonomous Cars Hype Is Way Ahead Of Reality.

“Let’s face it: we’re talking about a technology that will never happen”

“While tremendous uncertainties remain in AV technology, we believe a breakthrough could come sooner than expected”

“We’re so close, so close, yet so far away,” sang Hall and Oates back in the 1990s on the subject of love.  Driverless cars were science fiction then, but despite the massive investment and hyperbole, autonomous vehicles won’t be with us for a while yet.

The problem is that despite hugely impressive gains in autonomous technology, the last percentage points of progress towards 100% reliability are proving almost impossible to achieve.  Other more prosaic hurdles loom too like regulation, insurance, legal liability, and the almost impossible moral and ethical decisions that need to be taken by the car’s artificial intelligence system in the event of a crash, whether to mow down the line of children, pensioners or self-sacrifice into the wall.

That will be bad news for General Motors, which said 2019 was its target date after recent trials in San Francisco of its Chevrolet Bolt Cruise technology. Admittedly, this will probably only involve limited bus service-type urban services. The first autonomous cars available to the public for general use are probably at least 15 years away, unless next week’s CES show in Las Vegas provides some unexpected dynamite.

Some think autonomous talk is pretty much hot air.

“Let’s face it: we’re talking about a technology that will never happen,” said Christian Wolmar in Britain’s current Spectator magazine.

Wolmar is a British-based author and transport expert.

“There may be some driverless cars going around Phoenix (Ariz.) in a very limited way but the owners Waymo, which is part of Google, are very secretive about precisely what they’re doing,” Wolmar said in an interview.(https://www.spectator.co.uk/2017/12/are-driverless-cars-really-the-future/

Across town in Scottsdale, Ariz., GM is testing the latest technology on the Cruise Bolt.

Hype
“The hype is being driven by carmakers, desperate to lay claim to the future, and tech giants who have all this footloose capital that they don’t know what to do with. It’s as much of a fantasy as the jet-powered

Backpacks that use to be in 1960s comics,” Wolmar said.

Auto manufacturers will beg to differ as they spend kerzillions perfecting computerised cars, and some experts like Bernstein Research analyst Robin Zhu do think autonomous vehicles (AVs) are getting very close.

“While tremendous uncertainties remain in AV technology, we believe a breakthrough could come sooner than expected,” said Hong Kong based Zhu.

“The U.S. will likely be where commercialization takes off first – we’ve been impressed by the progress made by Waymo and GM Cruise. Longer term though we’d argue China could represent one of – if not the most promising market of all, in terms of AV proliferation. The country is large, and consists chiefly of dense cities where economics of ridesharing look most attractive,” Zhu said.

Hong Kong is of course part of China these days. Zhu sounded optimistic, but didn’t suggest an actual date for things to start.

Investment researcher Evercore ISI takes a more step-by-step approach to autonomous cars, and focuses on the intermediate stages towards full control. Level 5 is the Eldorado of complete, hands off, go to sleep or read a book full-autonomy. Evercore points out that the level may prove to be illusive, but Level 3 is much more obtainable and the current serious race is to bring this technology to market.

(Level 1 is where the driver is in control of almost everything, but can summon up things like adaptive cruise control, which slows the car down when it spots a slower car in front, and speeds up again when it has been passed. Level 2 allows the computer to intervene to avoid accidents by braking or nudging the steering wheel. Level 3 allows the computer to manage most aspects of driving, and prompts the pilot to intervene when it encounters a problem. Slow traffic in towns can be handled too. The driver must be available to take over at any time. At level 4 the computer operates the car but only under select conditions defined by factors such as road type or geographic area. In a private car, the driver might manage all driving duties on city streets then become a passenger as the car enters a highway.)

Germans will win
The race to bring level 3 cars to market will be won by the Germans.

“The German timeline would appear to be 1-2 years behind Silicon Valley but in our assessment, the Germans are likely to beat the West Coast with a viable product that consumers actually want – i.e. L3 + highway. This fact is mostly lost on investors who only view autonomous as full autonomous, and we believe may be caught up in some of the “smoke and mirrors” associated with robotaxi media and trials,” said Evercore ISI analyst Chris McNally in a report “Autonomous Ponderings from Germany”. (https://evercore.bluematrix.com/sellside/Email).

Evercore ISI believes the Audi A8 will be the first L3 capable car available. This could happen in 2018, but first the German government must approve. It said U.S. technology rules at first will be self-regulatory, with court precedent setting the tone.

“Over time, it (the U.S.) may move to a regulatory-driven market but only after the 1st or 2nd autonomous fatality,” McNally said.

Evercore ISI expects the first fully autonomous vehicles to be “available” after 2023.

This is all much too quick for Britain’s PA Consulting Group, which published a report earlier this year “Autonomous vehicles: What are the road blocks?”

PA Consulting said autonomous cars won’t be on Britain’s, and by implication, anybody else’s roads until at least 2027.

“While manufacturers and the media talk enthusiastically about mass uptake of autonomous vehicles, the reality is that there are a number of significant technological, legislative and public confidence barriers,” PA Consulting said. (http://www2.paconsulting.com/rs/526-HZE-833/images/PA_Autonomous_Vehicles_Report.

Perhaps a surprisingly cautious voice comes from Morgan Stanley’s Adam Jonas. He believes GM’s timetable is too aggressive and the rollout of AV’s will be much slower.

Inflection point
“In fact, the more we study and experience this topic, the more convinced we are that the inflection point of the adoption curve will be far later than the market may anticipate,” Jonas said in a report after the GM trials.

In a report published in late December, Jonas said this.

“We expect many other (manufacturers), suppliers and tech firms to join the fray in highly visible ways in 2018. At the same time, we urge investors to consider the many gating factors to mass autonomous car adoption – not the least of which are the moral, legal, regulatory, and ethical factors which are impossible to model like the framework behind life-and-death decision-making on public roads interacting with human life.”

“While we remain constructive on transport networks transitioning towards autonomous in coming decades, we would urge caution on penetration levels over the next 5-10 years. In our view, it would be an extremely impressive accomplishment, if by 2030, 0.5% to 1% of global miles travelled were conducted by cars without steering wheels,” Jonas said.

Wolmar’s negative remarks might seem extreme, but he points out another factor for which it will be extremely difficult to find a technological fix.

So is this talk of computerised driving ever going to move from hope to reality? Another Hall and Oates song, “Imagination”, might be a pointer.

“And baby, your imagination,
Imagination’s got the best of you”.