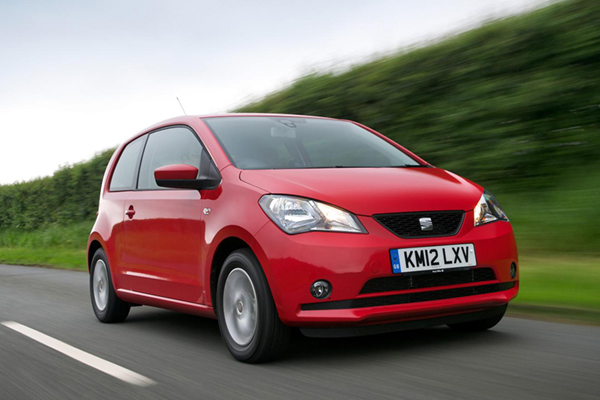 On our camera infested, congested roads do we need transport any better than this?

For – Remarkable performance and refinement for a city car
Against – Looks too much like a VW Up! and a Skoda Citigo

I can’t believe that even in its present badge engineering mood, Volkswagen could spin Bugatti, Lamborghini, Bentley or Porsche versions off the Volkswagen ‘Up!’ which suggests that the new SEAT Mii completes the set.

It should perhaps have been SEAT which launched the new city car first as it was the first brand in the group to have one, the Arosa launched in 1997.

Mii replaces the Arosa after a seven year hiatus
In view of SEAT’s position as the Volkswagen Group’s ‘sporty’ brand, we might have hoped that the Mii would be designed to attract younger more performance-loving customers instead of being just an Up! with a different front end and rear side windows.  I became excited when I saw a press release from SEAT with a photograph of a really sporty looking Mii, all black stripes and arch-filling wheels. My excitement grew when I read it was called Vibora Negra (Black Viper) as the only other Viper I know, from Dodge, has ten cylinders, 640 PS and hits 100 mph in less than nine seconds. Unfortunately the SEAT Viper is more like a grass snake with just 60 or 75 PS. 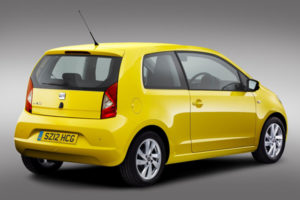 SEAT has shown a red and black Mii concept special labelled FR, SEAT’s GTI equivalent. While it looked great with fat 16” alloys and sports seats it was just a cosmetic exercise with no sign of increased power that the excellent chassis could so easily handle. SEAT said it was difficult to justify a €3,000 suspension/ power package on a €10,000 car. I believe a hot Mii for an extra £2,500 would sell like hot cakes in Britain and help to reinforce SEAT’s sport credentials which have been hard to spot over recent years.

It may not be sporty but it’s a great city car
Forget any sporting aspirations and you are left with the perfect city car with enough performance and refinement to cut it on longer journeys and motorway use. If you think back to basics – this is it; it is all you need on our camera infested heavily congested roads.

The 1.0 litre 60 PS ‘S’ aims to be efficient transport at its most basic and while SEAT’s marketing people can’t actually bring themselves to show a picture of a window winder in the glossy brochure, that is what you get with the ‘S’ and there is nothing wrong with that – surely less to go wrong. Probably more difficult to live without is air conditioning which actually costs an extra £500 on the ‘S’ A/C. 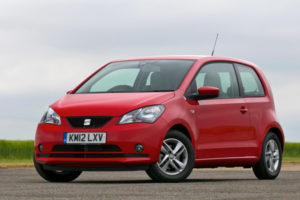 For an extra £95, the SE adds 14”alloy wheels instead of steel, leather-trimmed steering wheel and gear knob and heated and electrically adjustable door mirrors. However, it doesn’t include the stop/start and energy recovery.  The SE Auto comes with the 75 PS engine and costs an extra £1,115 which seems a lot.

For an extra £705, the Sport has 75 PS instead of 60, 15” alloy wheels, front fog lights, dark tinted rear side windows and sports suspension. 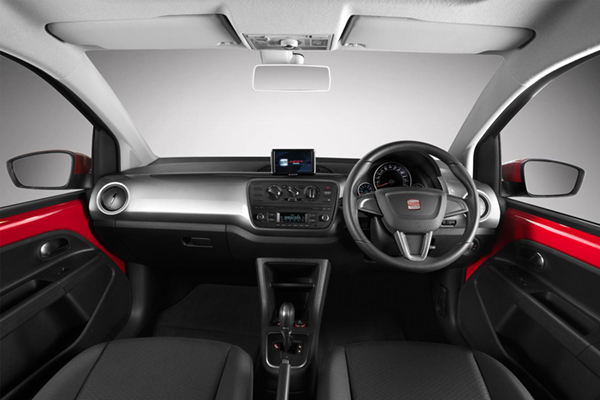 The five-door is just £450 extra which seems extremely good value.

The Volkswagen Group has been very clever in specifying the various grades of Up!, Mii and Citigo differently making it difficult to compare prices. The cheapest SEAT is £150 cheaper than the cheapest Up! which might mean something. 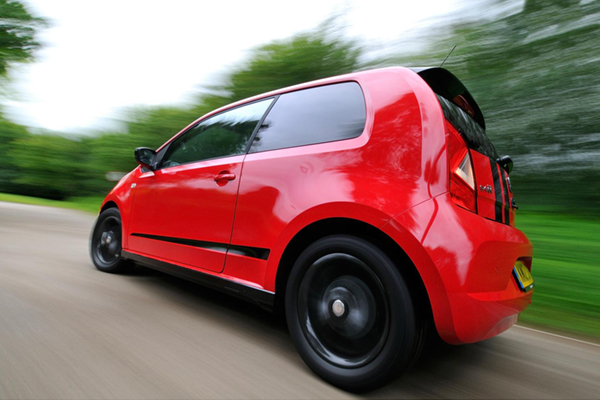 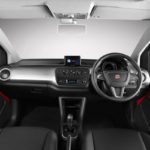 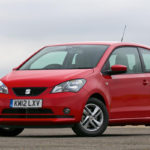 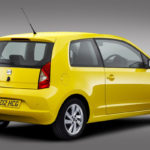 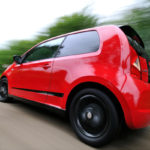