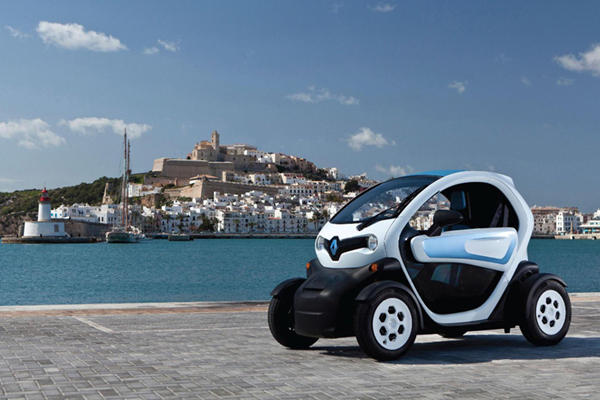 “it feels like a prototype, rather than a ready-for-prime-time vehicle”

It has a silly name (apparently offensive in the U.S.) and looks ridiculous, but the Renault Twizy could be the first electric vehicle to sell on its merits and without taxpayer-subsidised inducements.

Sales of battery-only electric vehicles like the Nissan Leaf barely register on both sides of the Atlantic as car buyers blanche at the prices – around twice as much as a similar-sized regularly powered car – and recoil from the unacceptable and unpredictable range. Manufacturers have mistakenly tried to build electric cars that purport to be normal ones which just happen to have batteries. These are going nowhere, until the technology halves the price and at least doubles the range.

If manufacturers were a little less ambitious and created a unique, affordable, little electric utility vehicle which could get you to the office and back or down to the shops, but not much more  – think of a glorified golf cart  – might buyers embrace that with some enthusiasm? 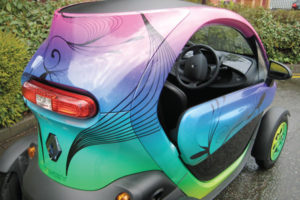 Driving the Twizy is an experience, to say the least. The first impression when you get inside is that it feels like a prototype, rather than a ready-for-prime-time vehicle. The interior is cheap and nasty. The fact that there are no windows is a joke. Renault helpfully has provide a little hole in the driver’s seat so that the rain can drain away. There is no demister or heater. To get the thing in gear takes a visit to the owner’s manual to find out that you turn the “ignition” key, wait for a buzz, then you can press either D for drive or R for reverse and off you’ll go. The handling is very sharp and accurate, but the ride is horrible; harsh is putting it mildly. Once the Twizy gets rolling above 35 mph it is surprisingly noisy because of rattles and bangs from the engine and suspension, I suppose. The acceleration is pretty good, and if you keep away from motorways (you’d need more courage than I have to mess with the trucks) the Twizy will keep up with the traffic pretty well. Obviously it is most at home in town.

Sympathy, laughter
The Twizy certainly sets off a reaction from passersby. In my village, I think the initial reaction was sympathy. Poor Neil must have had a nasty accident and isn’t it nice of the NHS to give him such a nifty little mobility vehicle. Laughter was also a notable result of the Twizy hoving into view. 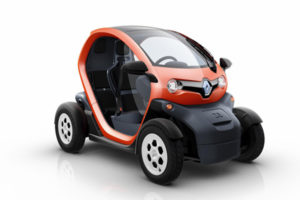 I drove it to my golf club (a pencil bag can be squeezed in alongside the driver and passenger seats), and that is a journey of about 17 miles. Surely, given that the total is 34 miles and claimed range is 60, that should be ok? Not so. When I reached the club, the Twizy said 49% of the battery had been used. So for the return journey I had to plug it into the club’s regular mains. Safe to say that a 4 hour round of golf allowed plenty of time. Because my golf club is on the top of the South Downs, I might have underestimated the ability of the battery to revive itself for free with regenerative braking on the way back down. You get quite expert at making sure you use down gradients to put electricity back into the battery, which shows up on regenerative braking monitor on the dashboard. The seat was pretty comfortable.

The Twizy is more like a motorbike with a roof and four wheels. The passenger sits behind the driver, pillion-style. A pillion rider declared the experience acceptable. The electric motor is set just beneath the driver, powering the rear wheels. Renault says that although the Twizy looks vulnerable, a protective cell surrounds the passengers. The driver has a front air-bag and a four-point safety harness. The “pillion” rider has a three-point belt. The doors swing up rather than out. The Twizy is called a “quadricycle”, which means that many E.U. safety provisions are not applicable. Renault says the Twizy is safer than a two or three wheeler, but that’s not saying much. 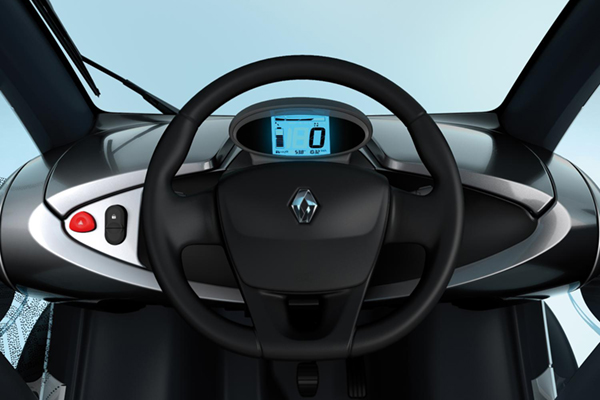 The electric motor propels the car from rest to 30 mph in about six seconds, and on to a top speed of 50 mph. I managed about 53 mph downhill. Disc brakes all round bring you to a halt quickly. There is an automatic gearbox. The battery is under the driver’s feet.  The 62 mile claimed range would make this an ideal commuter vehicle, which can be recharged with a standard 220v domestic power plug. Renault says it takes 3-1/2 hours to fill to the max, but I found closer to two hours was more like it. A full charge can cost as little as £1.50. The cable connecting to the electric mains needs to be longer. There will be a less powerful version which can be driven without a driving license.

Not a proper car
Each sale of an electric vehicle often attracts a government handout of roughly £5,000, but not the Twizy as it’s not a proper car.

The Twizy is a brave attempt by Renault to attack the electric vehicle market from below, rather than providing top-down expensive and impractical battery versions of regular cars. But it is expensive compared with the motorbike competition. Interior quality needs to be improved, and surely an electric vehicle should not make all that noise? My initial reaction on seeing it in my driveway was “Forget it. I’m not going to drive around in that dangerous looking thing”. But I must say that I found it a highly enjoyable experience. As a commuter vehicle with a regular, set route (and a guaranty of no rain) the Twizy would make lots of sense. 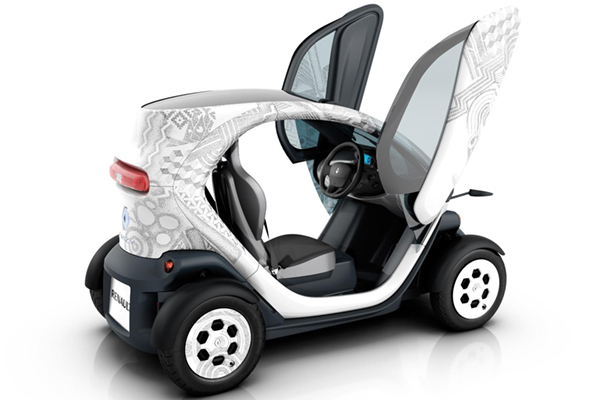 Oh, and that ruder meaning in the U.S. Remember what James Naughtie called Jeremy Hunt twice? 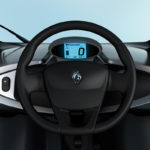 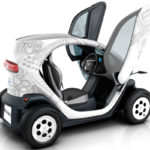 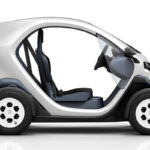 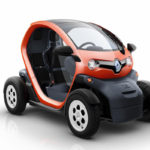 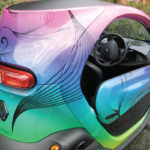