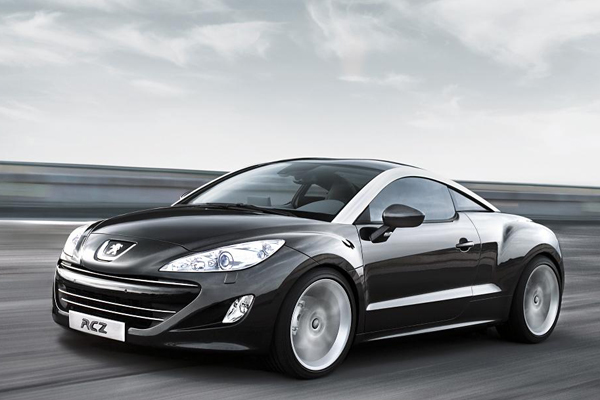 Peugeot’s stunning new coupe, the RCZ, is the French company’s opening shot in a campaign to move upmarket.

Peugeot may find it has bitten off more than it can chew, as it challenges established premium carmakers like Audi, BMW and Mercedes. It’s all very well designing a sporty little head-turner like the RCZ. It’s another to move into the rarefied price range dominated by the Germans, where brand strength is everything.

Peugeot will launch three new cars aimed at the premium sector carrying the Hors-Serie brand – loosely translated as “custom made”. The first Hors-Serie is the RCZ. Next will be an estate car built on the single model that will replace the 407 and 607 – the 508 – unveiled at the Paris Car Show last month. No word yet on the third one. 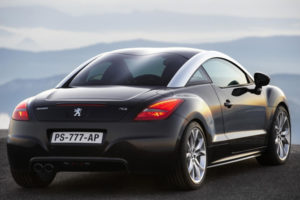 The RCZ, based on the Peugeot 308 and built by contract manufacturer Magna Steyr in Austria, looks like a direct competitor to the Audi TT, and on paper at least poses a big challenge. Peugeot calls the roof design “double bubble”, with its attempt to make life a bit more comfortable for occasional rear seat passengers. They may as well not have bothered. There is no effective room in the back. Why don’t manufacturers simply accept this fact, and make storage space more efficient and effective?

The body shape and aggressive front grille will certainly attract attention. Peugeot talks about how classy it looks inside. First reports from press launches talked about hard, scratchy plastic, with some saying mouldings look cheap and flimsy. I found no evidence of that in the RCZ GT THP 156 version which I drove. The interior was very impressive, with its leather seats and classy looking stitching on the dashboard. The dials looked great. There was nice detailing inside with aluminium on the door pulls. 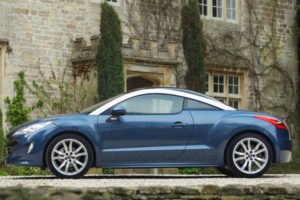 Small point, but Peugeot has decided to put the instruction manual in the boot. Imagine my annoyance when I tried and failed to find out how to open the boot. Eventually I spied the boot symbol on the key fob. The boot was extremely spacious and well designed, incidentally, taking a set of golf clubs and a trolley, no problem.

The GT version includes electric and heated sport seats, automatic lighting and windscreen wipers and 19 inch wheels. My car also had xenon/directional headlights, SatNav with all the media trimmings, and more leather than standard. The Dolphin Blue metallic paint job looked the business. The total price was £22,750. That sounds pretty competitive, I’d say.

Handling was top class and road holding leach-like, inasmuch as you can test this on the country roads and highways around Worthing.

The engine – a 1.6 litre, 156 bhp petrol motor – seemed powerful enough without being scintillating. There’s also a 2.0 litre 163 bhp diesel, and a new 1.6 litre petrol motor which uses a combination of turbo-charging, direct injection and variable valve technology to wring an incredible 200 bhp out of a relatively small power plant. Peugeot claims this fast version also achieves average fuel economy of 43.4 mpg-6.5 l/km. No comment, but the 1.6 litre I drove managed 36.1 mpg, that’s 14 per cent less than Peugeot’s claim. Next year, there will be a diesel-hybrid version capable of 76.3 mpg-3.7 l/km, 200 bhp performance, with four-wheel drive. The first models had six-speed manual gearboxes, but now there’s an automatic available on the THP156. The gearbox worked well without suggesting Peugeot’s engine collaboration with BMW has been extended to this area. 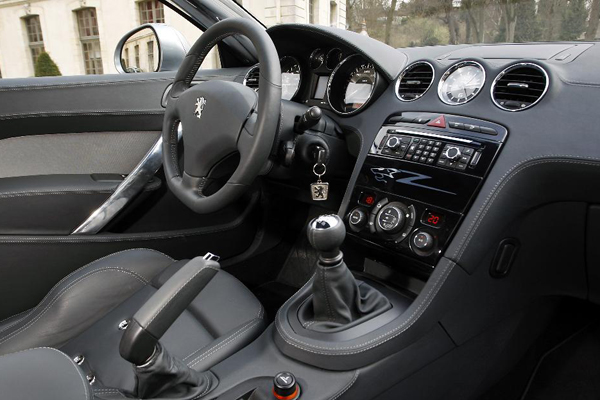 Aerodynamic
Peugeot has added a rear spoiler for the car to improve aerodynamic efficiency. This was originally designed to deploy at a nineteen-degree angle when the car reached 53 mph-85 km/h, and retract at 34 mph-55 km/h. The angle would automatically widen to 34 degrees at 96 mph-155 km/h. This has now been replaced by a button alongside the handbrake which you can use to deploy the spoiler. No doubt this was changed when traffic cops simply showed the courts a photograph of the angle of the car’s spoiler to secure their speeding convictions. 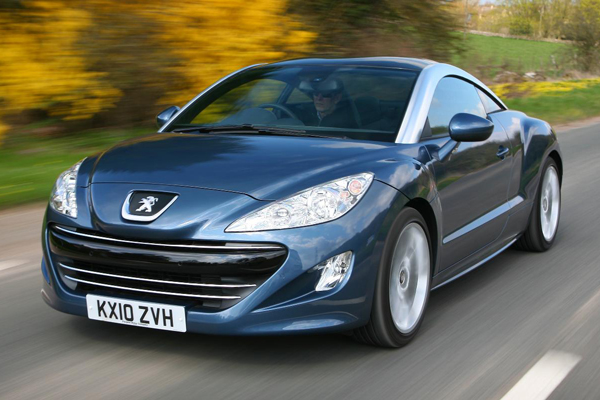 This isn’t the first time that mass carmakers have attempted to grab some of high profits generated by the premium Germans. There’s no reason yet to think Peugeot’s brave attempt is likely to be anything other than yet another futile gesture. 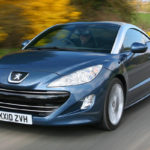 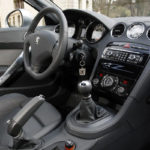 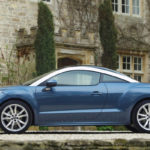 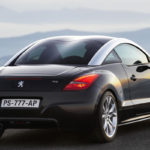 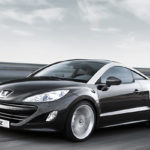