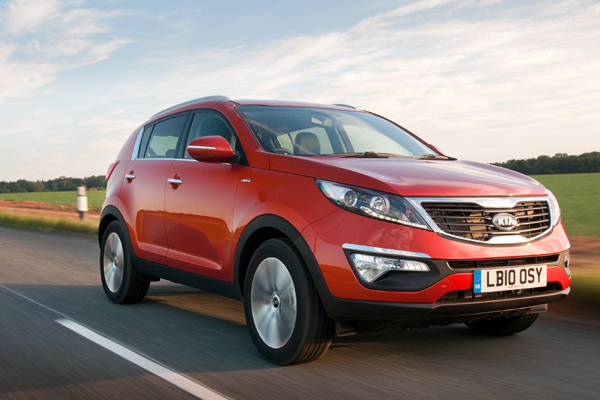 Well Priced, “Crossover” Is Well Equiped
Can Kia Finally Beat The Brand Slags?
***** out of 5

For – beautiful, fully equipped, well priced, massive guaranty
Against – I can’t think of any

ZILINA, Slovakia Slovakia is the end bit of former Czechoslovakia, not to be confused with Slovenia, and it sits in central Europe with Hungary to the south, Austria to the southwest, Poland to the north, and Germany on the border of Czechistan, which forms some of the country’s northern border.

That answers the first question arising from my recent visit to Kia’s massive new factory in Slovakia. Just where is the place. What’s it like? Kia’s factory is modern, (it opened in late 2006) dripping with the most amazing set of robots and which produces about 300,000 Cee’ds, Sportages and Hyundai ix35s a year, not to mention 2 types of petrol engines and three diesels. (Hyundai of Korea owns its compatriot Kia. Many Kias and Hyundais share engines and components, but just look different).

Oh, you meant the country? I’d expected a boring, flat, central European plain. I found a beautiful country of rolling hills morphing into spectacular mountains and lakes. We flew into Zilina, an old industrial town which has a small airport with a short runway surrounded by dangerous-looking hills. If the name rings a vague bell, Chelsea FC played Zilina a few weeks back in the European Champion’s league.  After visiting the factory, the test drive took us into the High Tatra mountains and a resort on the Polish border called Strbske Pleso. On the way to Strbske Pleso, many of the villages looked very Swiss, although some of the bigger towns have the tell-tale East Berlin-type architecture reminding us that this was a Soviet tyranny until the wall came down in 1990. Strbske Pleso was more than 3,000 feet up, in a mountain range with ski slopes and scary looking ski jumps. The hotel looked back down towards the lowlands one way, and at the rear was a beautiful lake, with a pine forest stretching upwards to yet more peaks. This was as amazing as it was unexpected. 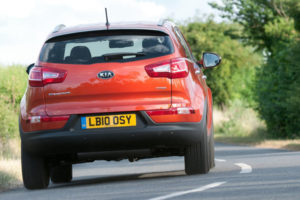 The Kia Sportage handled the drive into the mountains with aplomb. I drove the 2.0 CRDi First Edition a couple of months ago, and now Kia is launching more affordable versions  – prices start at £16,645 – which have 1.6 litre petrol or 1.7 litre diesel engines with two-wheel drive options as well as all-wheel drive. That’s right, an SUV with two-wheel drive. That’s like ordering a Virgin Mary – a Bloody Mary without the vodka – it seems to me, but it is true that the overwhelming use of four-by-four vehicles is on regular roads, so I suppose Kia is only offering what the public wants.  After all, Nissan does the same thing with the Qashqai with great success, and Range Rover plans something similar with the upcoming Evoque. Both the petrol and diesel engines provided adequate performance without being scintillating. I prefer the diesel.

An option across the new Sportage range is Stop/Start, called Stop and Go by Kia, which switches off the engine when the car is stationary, and switches it on again when you need to move off, better to save the planet from carbon dioxide emissions. This is a bit of a fad, I fear. The claim is this will save a large amount of fuel, but in the real world, in heavy traffic it won’t be long before the battery loses power to drive the air-con and radio etc, so it will soon cease stopping and going.

The Sportage line-up is designated by 1, 2 and 3 trim designations, with all-wheel drive versions getting the KX prefix. (Wouldn’t “4” have made more sense?). The range–topping Sat-Nav grade is called the KX-3. All versions have the 100,000 mile, seven-year guaranty which can be transferred to subsequent owners.

Every car launch has its moment of over-the-top hyperbole, when the manufacturers get carried away with the great qualities of their new products. This results in purple prose which the perpetrators will probably be embarrassed to be reminded of. On this launch, the blurb quotes Chief Design Officer Peter Schreyer with this gem.

“The aim with new (sic) Sportage was to make it an object of desire rather than a mode of transport. The allure of a Kia should extend well beyond the fact that it moves people from one place to the other,” he said.

The Sportage range now has four engines – two petrol and two diesel – 1.6/2.0 and 1.7/2.0 litres. The smaller engines come with six-speed manual gearboxes while the 2.0 litre engine buyers are offered the choice of five-speed manual or six-speed. There’s a six-speed automatic gearbox on the 2.0 litre diesel . 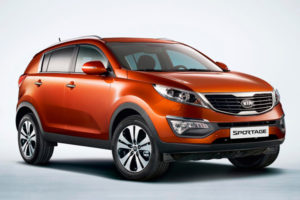 When I drove the 2.0 litre diesel version through Sussex a couple of months ago I found that the Sportage performed well. It went where I pointed it with no fuss. It didn’t roll about. The suspension didn’t like the worst British roads, but what does. The gearbox worked well. On brief highway-type interludes the Sportage cruised quietly and sedately.

I first set eyes on the new Sportage at last March’s Geneva Car Show, and I’ve been excited about it ever since. Its looks are remarkably attractive, are they not? This third-generation Kia Sportage is new from bumper to bumper and tyres to roof. It is more dramatically styled than the car it replaces, which was a bit square and dumpy. Now Kia calls it a “crossover”, really meaning that it is still an SUV, but is now more car-like and much lighter. It does the same stuff as an SUV – carrying more luggage with more space for people than a car, not necessarily off-road. The two-wheel drive option underlines that fact.

The new Sportage is longer, lower and wider than the old one. It also weighs around 90kg less and has a sleeker aerodynamic profile, with a CD down from 0.40 to 0.37. 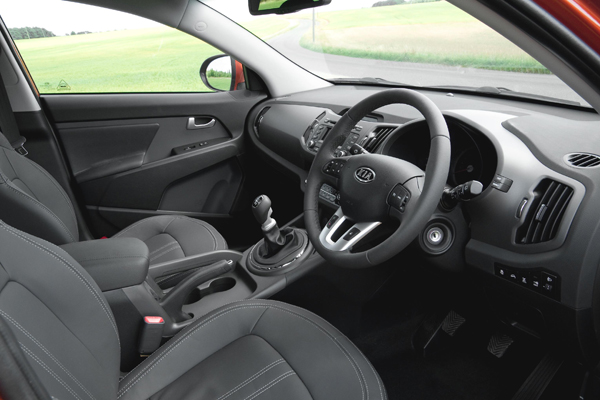 The Sportage has won my coveted five out of five stars award, but sadly this hasn’t stopped some potential buyers agreeing that indeed it is a beautiful car, priced to go, but balking at the Kia brand. This is a pity because if you compare it with the competition this is a very superior machine. Compare it with BMW SUVs for instance. I would say the driveability of the smaller-engined versions and quality were pretty similar. The Sportage clearly wins the good look’s stakes against the drab, boring, unimaginative BMW X1, X3 and X5, not to mention the massed ranks of the rest of the competition, in which only the Qashqai and Ford Kuga stand out as lookers. But in these straitened times, maybe the fantastic 7-year guarantee will be the deal maker to persuade the brand slags to get aboard? 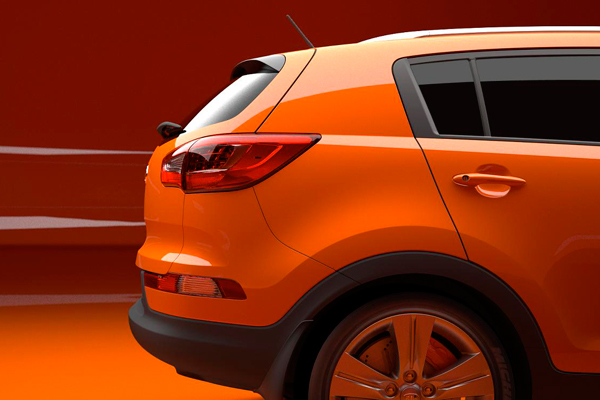 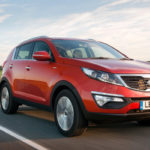 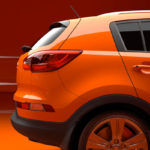 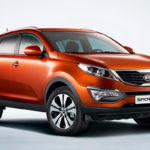 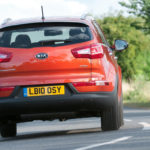 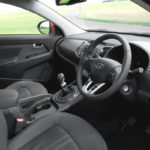 Peugeot RCZ review 2
Can Cadillac Ever Succeed In Europe?