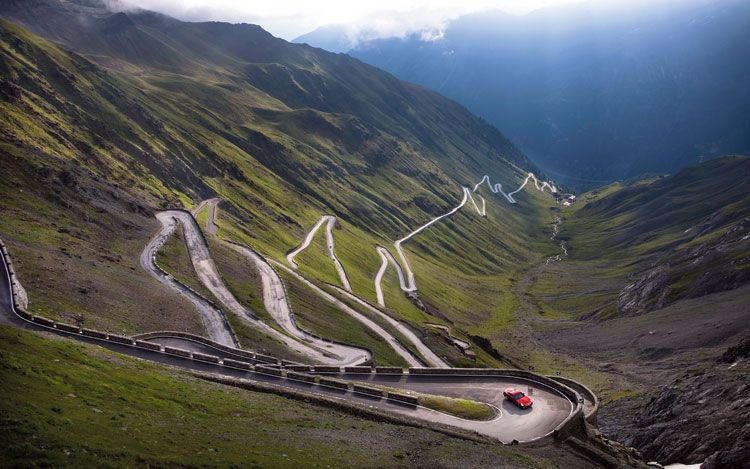 New Plans Modest, But Cadillac’s Record Has Much To Be Modest About
Latest Models Look Terrific, Even The Escalade Has A Green Tag

“its products were almost unsellable, unless you were a big  sports star or highly successful entertainer with no embarrass genes”

SCHENGEN, Luxembourg “If at first you don’t succeed, try, try again.” Cadillac in Europe seems to believe in that wise old proverb. The trouble is, “Get Real” might make more sense.

To sell cars in the luxury sector in Europe, job one is to persuade buyers that your products are at least as good as Germany’s finest like BMW, Mercedes, Audi and Porsche. Even Lexus, Toyota of Japan’s highly successful luxury brand in the U.S., has failed to do that in Europe. Honda’s Acura hasn’t even bothered. Infiniti, the Nissan up-market pretender, has recently started and faces an uphill struggle.

It’s not as if GM’s Cadillac isn’t painfully aware of what it takes to succeed here.  It has already tried a couple of times this century, and seen its plans crash and burn. The last time it tried to kick-start sales in Europe its products were almost unsellable, unless you were a headline grabbing sports star or highly successful entertainer with no embarrass genes who cherished being noticed above everything. Cadillac planned to sell 20,000 vehicles by 2010, including the gas guzzling Escalade and the gargantuan and incompetent Hummer H3. This target was halved and then forgotten as sales slid down to a trickle of just over 1,300 this year.

Wolfgang Schubert, Cadillac Europe Managing Director, now says the plan is to start over, and identify a few niches. The sales target for Europe is 2,500 a year, to be attained in the next three or four years. Some analysts think that modest target is attainable. Others say Cadillac is wasting its time, will never succeed here, and by 2020 will just be a faint memory.

Point one in Cadillac’s favor; the cars it is making available in Europe now are much more attractive than the old ones. Sure, Cadillac is retaining the Escalade in its European lineup, but this is a supposedly  environmentally-friendly version with a hybrid drive-train. The range includes the beautiful new SRX SUV, the dramatic-looking CTS Coupe, including the hot, supercharged 6.2 liter, 564 hp V8 version, and the CTS Sport Sedan and Wagon. No diesels, which Europeans crave, which would be an absolute necessity if sales targets were more aggressive. Like the U.S., Europe is soon to be ruled by a tough new regime of fuel efficiency rules, but this only applies to manufacturers selling more than 10,000 cars a year, so that won’t be a problem any time soon.

Cagey
Cadillac is cagey about any long-term ambitions it might have in Europe, and that makes sense given its record. But it recently invited journalists to the re-launch here in Schengen on the banks of the River Moselle in Luxembourg, suggesting it might well want to crank up sales some, particularly after a new small car is launched in the U.S. in 2012. As part of the ill-fated earlier attempts, GM used a Cadillac-badged little Saab, the BLS, as an entry product to add volume. The Saab-based BLS was based on an Opel from GM Europe. That didn’t work. Cadillac’s rear-wheel drive ATS, smaller than the CTS and made in America, is expected to go on sale in 2012 to compete against the BMW 3 series and Infiniti G37. Expect hybrid, wagon, coupe and convertible versions. If it can compete in this sector, the ATS might turn a few heads in Europe.

Cadillac, you are wasting your time, said Professor Ferdinand Dudenhoeffer of the Center for Automotive Research at the University of Duisberg-Essen.

“The brand Cadillac has no fascination for Europeans and no customer base. Why should I go from Audi, BMW, Volvo or Mercedes to Cadillac? Lexus has shown us how much investment is needed to do that,” Dudenhoeffer said.

Badge engineering
“GM will not spend two billion euros ($2.8 billion) or more to make Cadillac in Europe successful. They will continue with badge engineering and try to tell us that an Opel with some modification in its grille is a Cadillac. Thus, Cadillac will go the same way as Infiniti and others. It will play no role in Europe,” Dudenhoeffer said.

Walt Madeira, IHS Automotive analyst, is not so sure. He thinks Cadillac’s modest targets are attainable.

“Cadillac was trying to bite off a bit more than it could chew earlier, but 2,500 is exactly what we project for them in 2014, They should be able to achieve those units and slowly build from there. It’s most sensible to start small and build on their strengths little by little,” Madeira said.

Madeira agreed that brands like Cadillac, Lexus and Infiniti have found it hard to win sales in Europe from the German market leaders. Infiniti has started its European push in Russia, where sales hit 10,000 in 2008 before the economic problems hit.

“Russia is neutral market where they accept brands like Lexus as well as BMW,” Madeira said.

U.S. manufacturers have had big problems selling in Europe because gasoline prices are often more than twice as high as in America so cars made there are much less fuel efficient. But U.S. legislation to force American manufacturers to produce smaller, lighter cars which consume less fuel – kicking in from 2015 – might make their products more attractive to Europeans.

Looking good
“That will help American cars to be more competitive and more fuel efficient, and then they really can start taking on markets like Europe and Japan a bit more seriously. Cadillacs are looking very good now design wise, and they’ve make big strides on quality and refinement,” Madeira said.

“My forecast is, they (Cadillac) will not be in the market in Europe by 2020. Some people might buy one in the U.S. and export it to Europe. That’s it,” he said.