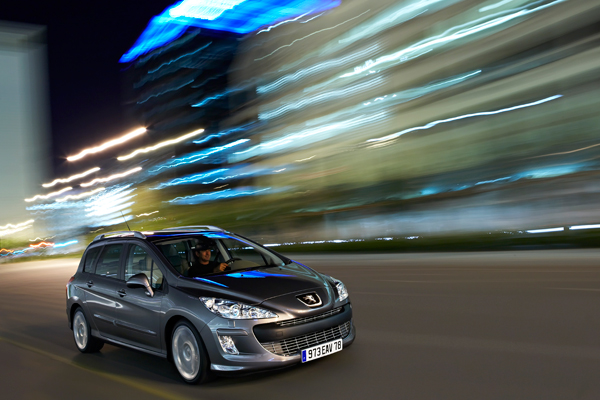 I admire cars like the Peugeot 308 SW. This car was designed from the ground up to do a job, with no pandering to frivolities. If the possibility of making it look cute clashed with the need to carry a bit more stuff, or add seating for a seventh person, the designers insisted that utility should win at all costs.

The design of the 308 saloon always struck me as a bit of a let down, with the aesthetics of the rear end taking precedence over its ability to do the job. And the aesthetics weren’t even all that good. Yes, the rear end of the car looks nicer by leaning forwards, but I always felt that this made it a less practical car to use. If it had a fuller rear end, like say the Honda Jazz, the car would have been much more useful. 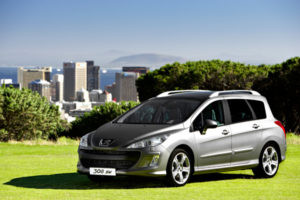 It is bigger in almost every way than the saloon. The wheelbase is 100 mm (almost 4 inches) bigger, the overall it is 224 mm (about 8-1/2 inches) longer. It’s a bit higher, and the boot has 50 per cent more capacity. If you fold all the rear seats flat and fold the passenger seat forward you have an area even white-van man would get excited about. The rear seats are cleverly designed too. You can fold them flat or whip all of them or some of them out. You can even opt for a couple of child seats in the third row making this into a 7-seater.

Stylish materials
Interior quality is very impressive with stylish materials and neat design. As you would expect from a Peugeot, the drive is terrific with sharp steering and comfortable suspension. I drove the SW Sport HDi 110 diesel version, which has a 1.6 litre diesel engine and a 6-speed gearbox. No complaints about the quietness of the drive, the acceleration, or the ability to gobble up the miles relentlessly on the motorway. Peugeot claims this version will return an average 53.2 miles per gallon (5.3 litres per 100 km). 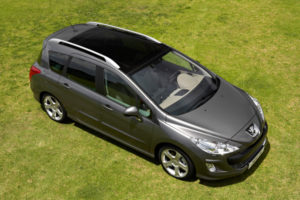 Peugeot has also developed a new EGC (electronic gearbox control) – semi-automatic gearbox without a clutch which allows you to change up and down with the gear lever if you feel energetic, or it will electronically change the gears for you. This is a bit like the semi-automatic on the Mercedes Smart car. Thankfully it doesn’t take a long, deep breath between changes like the Smart and moves up and down briskly and neatly. A nice touch was the dashboard readout which told you exactly which gear you were in. You can also change up and down using levers behind the steering wheel. I drove this on a 308 SE HDi 110 and it worked a treat. 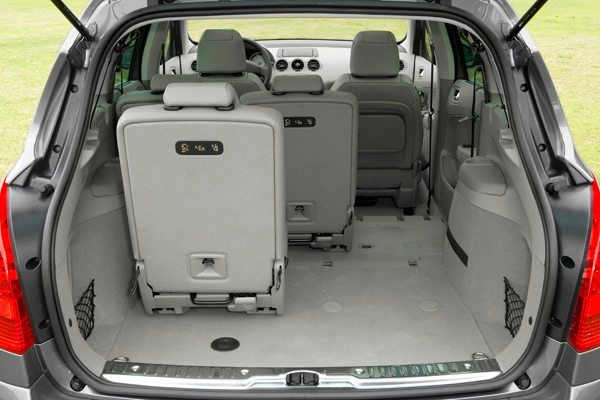 If you think that’s pricey, things might get worse because Peugeot, like other mainland European car makers, is under huge pressure from the weakness of sterling against the euro. According to Deutsche Bank, Renault faced a foreign exchange hit to its bottom line from its British business of £150 million-€188 million for 2007, and Peugeot-Citroen will have been worse off by £250 million-€315 million. This is likely to get worse in 2008, and is applying massive pressure for the companies to make up the difference by raising prices. 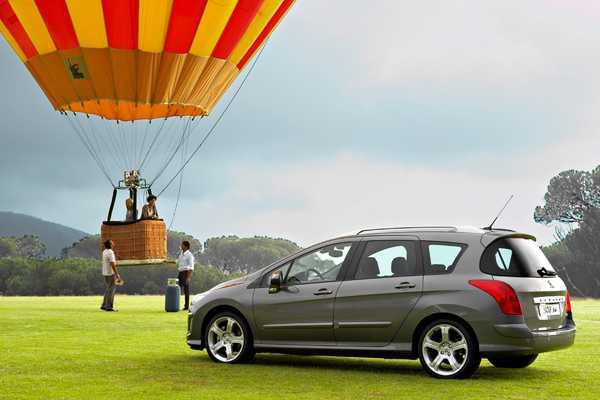 One Response to Peugeot 308 SW review