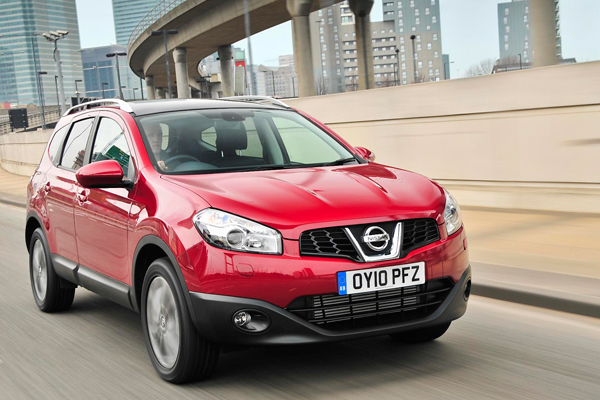 Nissan Qashqai+2 now more an SUV than a “crossover”

As “crossover” is a totally meaningless concept, that must be good
**** out of 5

You only have to look around your local streets to see that the Qashqai has been phenomenally successful for Nissan, underlining the fact that a weird name makes no difference if the product is top class.

Nissan was very brave to dump the solid but dull family-sized Primera hatchback, which was a Ford Mondeo competitor and slow seller, and replace it with what at the time looked to be a massive gamble. The Qashqai was a bit higher than a Mondeo-class car, and was designed to be more practical and rugged looking. Because it fell between the two stools of family car and SUV, Nissan called it a “crossover”, (usually an opaque word invented to allow car companies to disassociate themselves from the hated SUV, without actually doing so). For the Qashqai, maybe “crossover” has some merit, even though the public will still have no idea what it means. 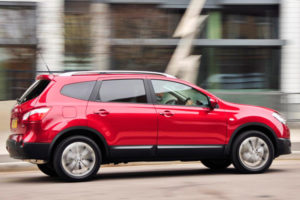 Since its European launch in 2007, the Qashqai has exceeded all sales ambitions, with about 500,000 deliveries. All Qashqais are built at Nissan’s Sunderland plant in Britain. Prices start at £15,395, rising to £26,635 for version I’ve just been driving, the Qashqai+2 Tekna. The +2 has a third row of (two) seats, is a bit higher than the standard version, and has four-wheel drive. The “crossover” has become SUV, you might say.

Mighty impressive it is too. The looks have been improved with a redesigned bonnet, front bumper, wings, grille and headlamps. At the rear, the overall shape of the lights remains unchanged, but they now include an aerodynamic feature to reduce drag. The brake and tail lights operate using 12 LEDs for maximum clarity. As well as the changes to the front of the Qashqai, a series of other modifications around the car have had the effect of improving its aerodynamic efficiency, with the coefficient of drag dropping from 0.34 to 0.33. 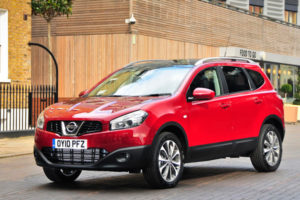 Inside, the Qashqai features a new design which give added clarity and legibility. A redesigned drive computer is positioned between the two dials. Its white LCD screen shows instantaneous and average fuel consumption, mileage, time, cruise control and speed limiter settings among others. During my week with the car, the average fuel consumption readout moved from 38.8 to 41.8 mpg, and slid back down to 40.2 when I gave it back. Meanwhile, my actual fuel consumption was 38.2 mpg on one long run mainly cruising at around 80 mph on motorways. The second tank notched up 37.0 mpg, mainly on 60 mph rural roads. Pretty good I’d say for such a big car, although Nissan claims an average 41.5 mpg. The dials all look very impressive, so it’s a pity that the SatNav seems distinctly down-market and ordinary, sat right in the middle of the dash. The SatNav itself works a treat. It is even easy to turn off, which similar systems seem unable to do, and which can drive you insane very quickly.

Intuitive? If only
The Tekna option is top of the range, and includes stuff like cruise control, speed limiter, Xenon headlights, leather seats, dual zone climate control air conditioning, a panoramic glass roof, rear privacy glass, Bose speaker system, and remote central locking with “Superlocking”. This “Superlocking” was super aggravating, and was part of an irritating cacophony of buzzing which starts as soon as you try and leave the car, none of which meant anything sensible to me. Sometimes, if I pushed the little locking button between the seats, when I got outside and pressed the remote locking blipper, the car locked. Sometimes it didn’t. I refused to look at the car’s manual because of any system offered by a car; this one should be the most intuitive. I did have to consult the handbook when trying to flatten the middle row of seats to load my mountain bike. The left and right seats folded simply enough, but not the centre one. After much bad language and study of diagrams, I finally managed to fold the centre one flat. This top of the range model had a reversing camera, but didn’t beep when you got too close to other parked cars. Perhaps Nissan could spare a beep or two from the “Superlocking” scenario and make reversing a bit safer. 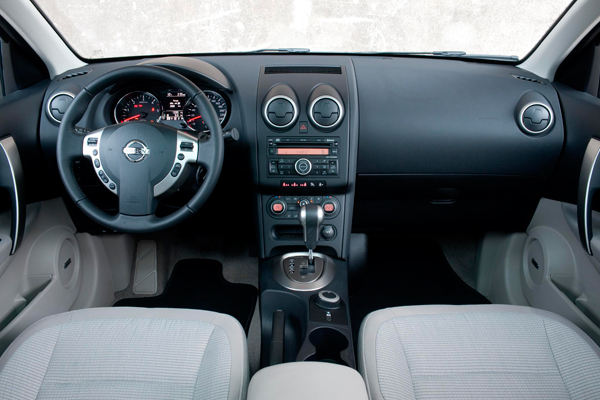 The Qashqai drives very well, with a very solid feel. It goes where it’s pointed and holds flat through the corners. The 2.0 litre diesel engine was on the noisy side without being annoyingly so. Unlike the diesel engine in the Hyundai ix35 (recently reviewed), the Qashqai didn’t start to bump and grind in top gear when you dropped the speed below 40 mph. The suspension sounded a bit crashy and bumpy over bad surfaces. The 6-speed manual gear box was excellent. The huge glass roof was neat.

The Qashqai is an excellent machine with a range of options from two-wheel to four-wheel drive with an added row of seats. I’ve just driven the new Kia Sportage, (review upcoming) and with its stunning looks, high specification, massive guarantee, and cheaper price, this must be the leading contender amongst these so-called compact SUVs. 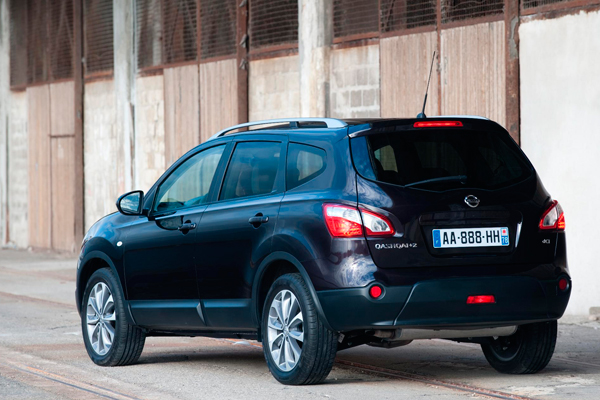 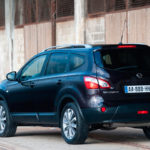 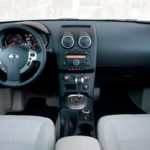 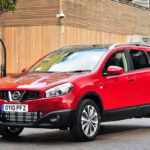 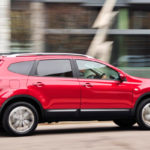 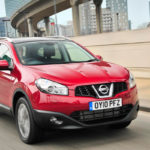 One Response to Nissan Qashqai+2 review