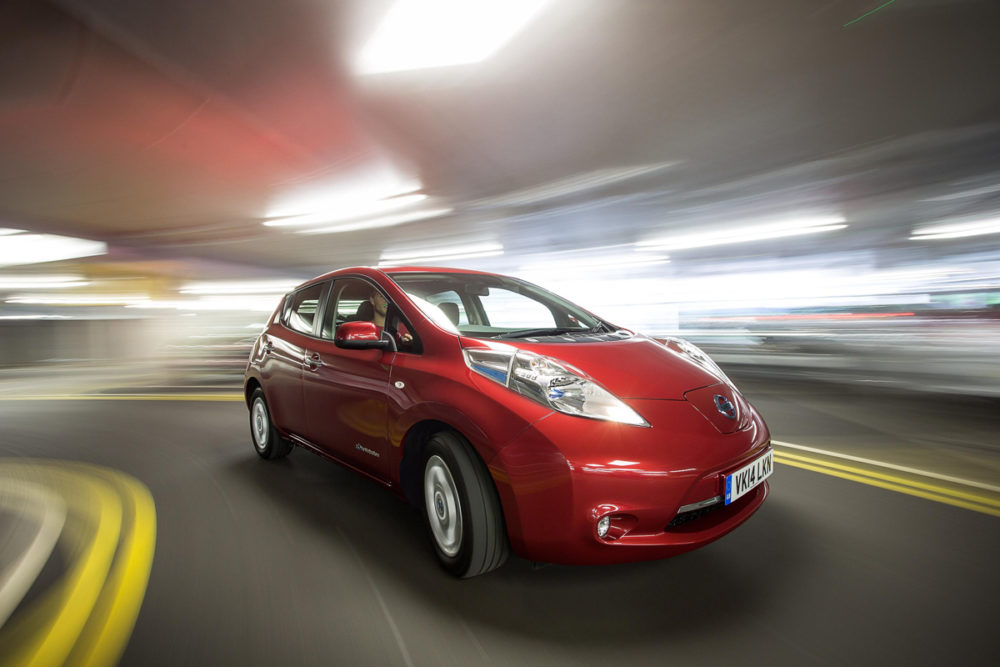 For – quiet, gutsy drive; great if your commute is short and regular.
Against – too expensive, unpredictable range.
***

SILVERSTONE, England – Nissan has given its Leaf electric car a more powerful 30 Kw battery, which it says increases range by at least 25 per cent. 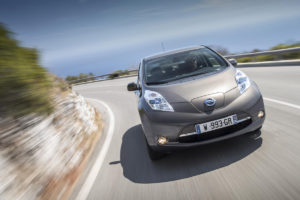 The trouble is, this is 25 per cent on top of not very much so the claimed range in Europe is 155 miles, up from 124 miles with the previous 24 Kw battery. This means that in real world use – air conditioning and heating and infotainment switched on, four sturdy passengers, a cold or a hot day with hills to climb – the usable range is now probably close to 95 miles, compared with 75 miles for the previous model, according to those who drive the old car regularly.

The new Leaf drives and rides well, with good acceleration and of course not much noise from the engine. There’s a good-sized boot and loads of room inside. Running costs will be very low compared with a petrol or diesel car and you don’t have to pay road tax. London congestion charge is waived too.

You would be better off leasing a Leaf because of the fear surrounding depreciation, not least because the life of the battery is a bit iffy.

Paul Willcox, Chairman of Nissan Europe is excited about the progress made though.

“The Leaf, the best-selling EV (electric vehicle) in the world, just got even better. And up to 155 miles opens the world of EV to thousands of drivers across Europe who before just weren’t completely confident that an EV would work for them. This extra range will make Leaf ownership an easy first choice, for many, many more drivers,” Willcox said. 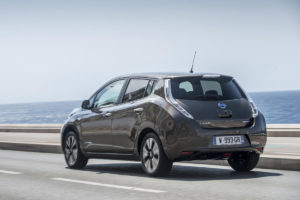 The ability to offer about 20 more miles isn’t going to stimulate a rush to electric car showrooms, and the range issue won’t be solved until it offers more like 250 to 300 real miles on a charge, while prices need to fall by about half at the same time.

The previous Leaf’s lack of range was a major reason for buyers to back-off, despite £5,000 government subsidies. Also, the previous battery was prone to unpredictable range from variable temperatures. It remains to be seen whether the new battery will return a more predictable performance.

The new version also has an enhanced infotainment system.

Nissan said key to the new battery’s higher performance is an update to its internal design and chemistry. The introduction of carbon, nitrogen and magnesium to the electrodes improves performance, while the change to the cell layout also contributes to the gain. 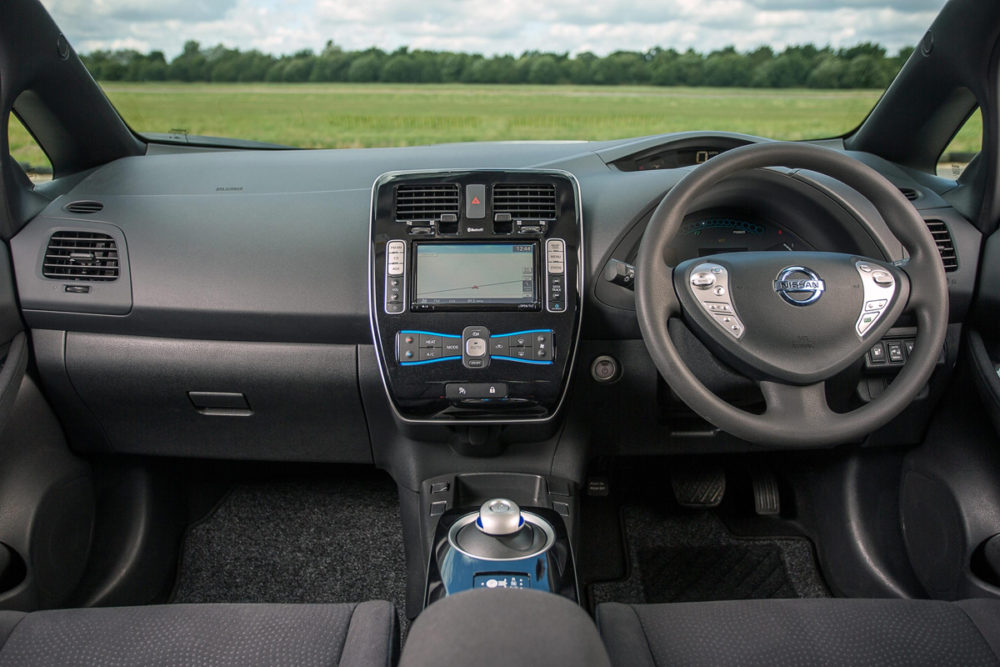 Nissan said it is so confident about the performance and reliability of the new battery that the capacity will be covered by an eight year, 100,000 mile warranty.

Nissan Connect allows owners to check charge status, and improves driving range, thanks to the ability to pre-heat or pre-cool the cabin without using battery energy.

The new Leaf with the 30kWh battery is available on Acenta and Tekna trim grades. It has exactly the same exterior dimensions as existing 24kWh unit and only a modest 21 kg increase in weight.

Stress free
“Recharging the new Leaf’s is as easy and stress-free as it is with the current 24kWh unit. Just as with the current Leaf, customers will be able to recharge from their homes, from public chargers, or from the network of rapid chargers (3 phase, 400V) expanding across European – the best EV network available. In the UK there are approximately 500 Leaf-compatible rapid chargers, covering more than 95% of the UK’s motorway network,” Nissan said.

Given the shortcomings of the Leaf, Nissan very smartly offers buyers the free use of a normal petrol or diesel car for up to 14 days during the first three years of ownership. That could be a deal clincher for those with a regular commute, but who very occasionally need to do a longer distance. 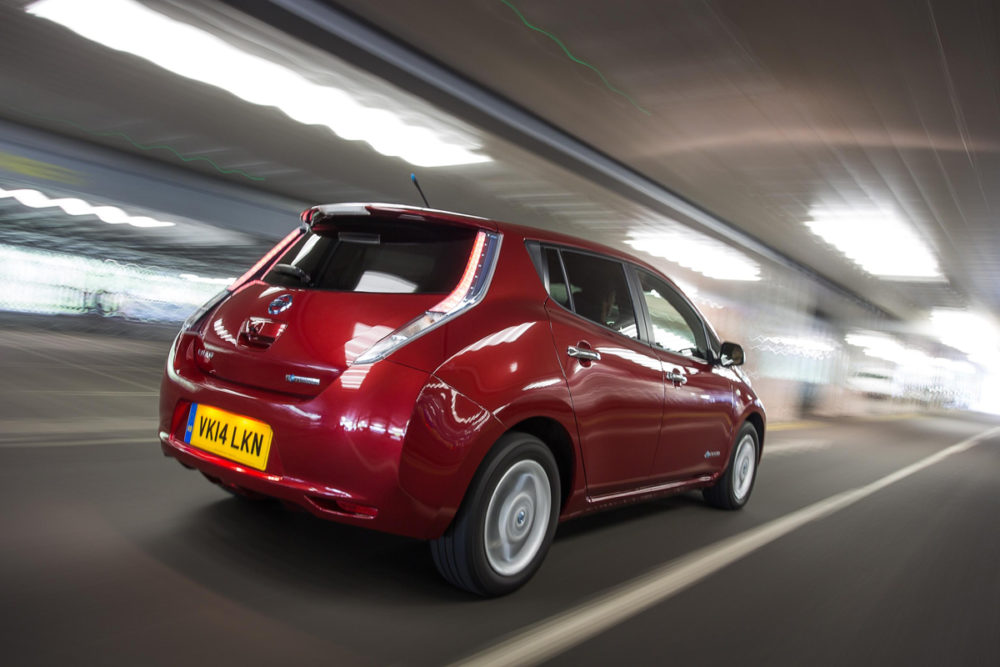 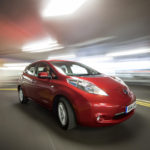 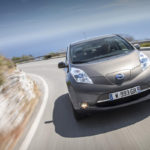 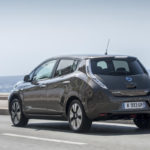 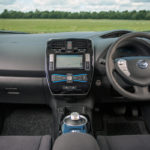 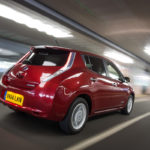 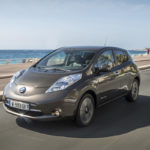 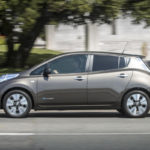 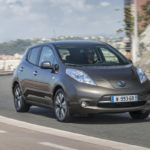 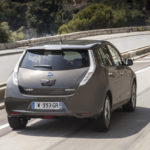