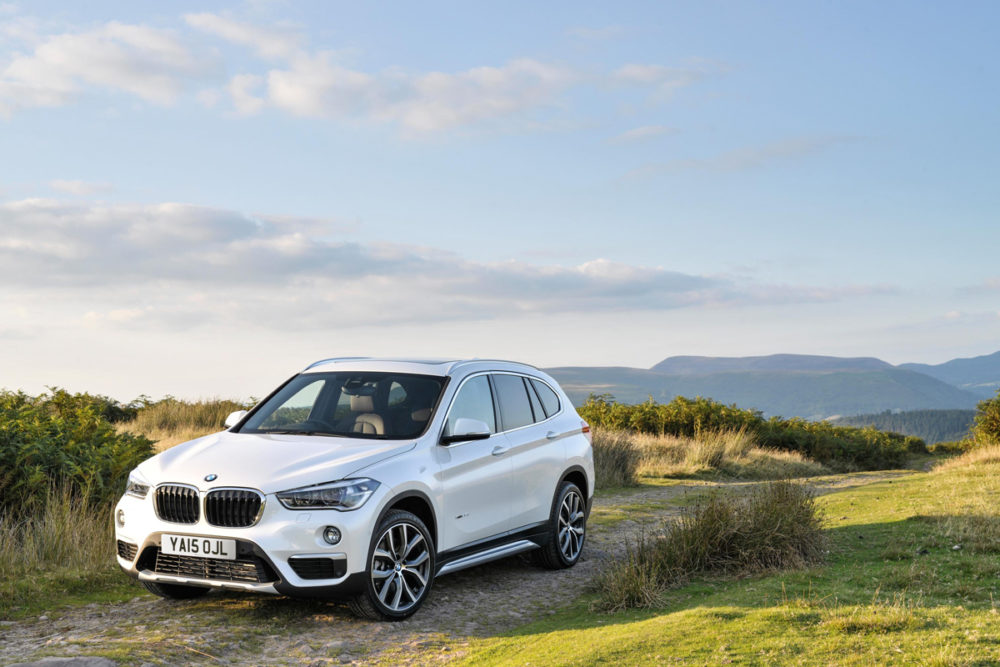 “So if you buy a top of the range Tucson, you’d be getting more or less the same high tech package as the BMW X1, but saving about £15,000”

My search for the perfect compact SUV continues with the BMW X1 and after the unspeakable ugliness of the previous model, this handsome new version answers a lot of questions. 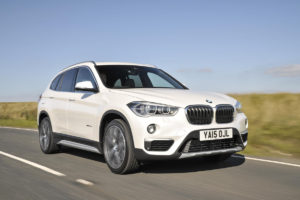 As you’d expect from a BMW, this new one scores heavily on driveability and quality. The new car is a bit higher than the old one. The interior was immaculate and this model was packed with kit; very, very expensive kit. In this sector of the market, the X1 has to compete with the Audi Q3, upcoming Mercedes GLC, and Range Rover Evoque. There are also powerful and cheaper contenders from mass market operatives like the Volkswagen Tiguan (currently being renewed), Ford Kuga, Volvo XC-60, Kia Sportage and my favourite, the Hyundai Tucson.

Painful to behold
But at least this new one won’t actively repel buyers with a modicum of sensitivity. The previous model was painful to behold. As I said at the time: “is there an uglier vehicle on the market than the BMW X1?” 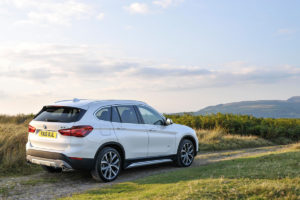 I had a tongue-in-cheek fantasy about this is in the late noughties (when the X1 was born). BMW was deliberately designing ugly cars because of a boardroom bet. The theory was some board member declared that BMW’s brand power was so huge, and its cars’ handling, performance and residuals were so much better than anybody else’s, that the company could build and sell cars so ugly they would be an impossible task for “inferior” manufacturers. The public loved BMWs so much they would buy them, even if they frightened dogs in the street. At the time, some of the styling, culminating with the utterly horrible X6, made me wonder if this might be true. And they all still sold like hot cakes. Not least the X1 and X6.

“Now an all-new BMW X1 has been unveiled and features dynamic BMW X styling, a sporting character blended with outstanding efficiency, and an array of innovative equipment features in comfort, safety and infotainment,” BMW said.

Front-wheel drive based
The new car is based on the BMW 2 Series Active Tourer’s engineering, so it starts out as a front-wheel drive car with 4×4 an afterthought. At launch in Britain there is one petrol and three diesel 2.0 litre engine options ranging in power from 150 to 231 hp. The automatic gearbox has eight steps. You can have a six speed manual gearbox on some models. The xDrive 25d xLine I drove had the 231 hp diesel engine which blasted the car from rest to 60 mph in about 6.5 seconds, and on to 146 mph if there are still any unlimited sections of German motorways left. One thing I can guarantee. It won’t even get close to BMW’s claim of an average 56.5 mpg. That’s a given.

The iDrive operating system’s Control Display comes in the form of a 6.5-inch or, optionally, 8.8-inch freestanding monitor. Navigation is standard on the new X1, as it is on all BMWs now. You can move up the specification scale from xLine to Sport Line and
M Sport. This xLine model’s £9,300 optional add-ons included electric front seats, an improved infotainment/satnav package (£1,490), and a panoramic glass roof. 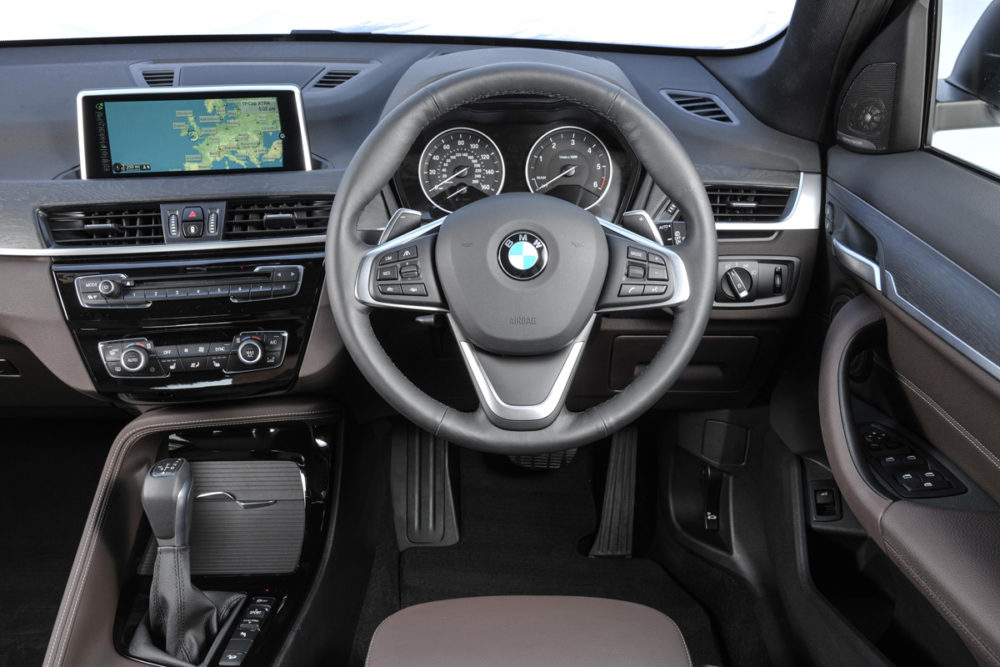 Price makes the difference
Judging a car like the X1 is difficult because the engineering handling and performance are faultless. The big differentiator and main subjective factor is price and on that basis, the X1 becomes a lot less attractive. You could argue that my favourite SUV in this sector, the Hyundai Tucson, matches anything the BMW, or Audi for that matter can do, although performance might be a few percentage points behind. But if you consider useable performance, again this difference wouldn’t even be noticed by normal people who don’t know how much under-steer there is at the limit, even if they knew what under-steer was. So if you buy a top of the range Tucson, you’d be getting more or less the same high tech package as the BMW, but saving about £15,000. We all know though where this argument is heading. Perceived brand power is all and although Hyundai has come a long way over the last 10 years, it still wouldn’t be able to compete with a BMW badge with a potential buyer who wasn’t counting the pennies. 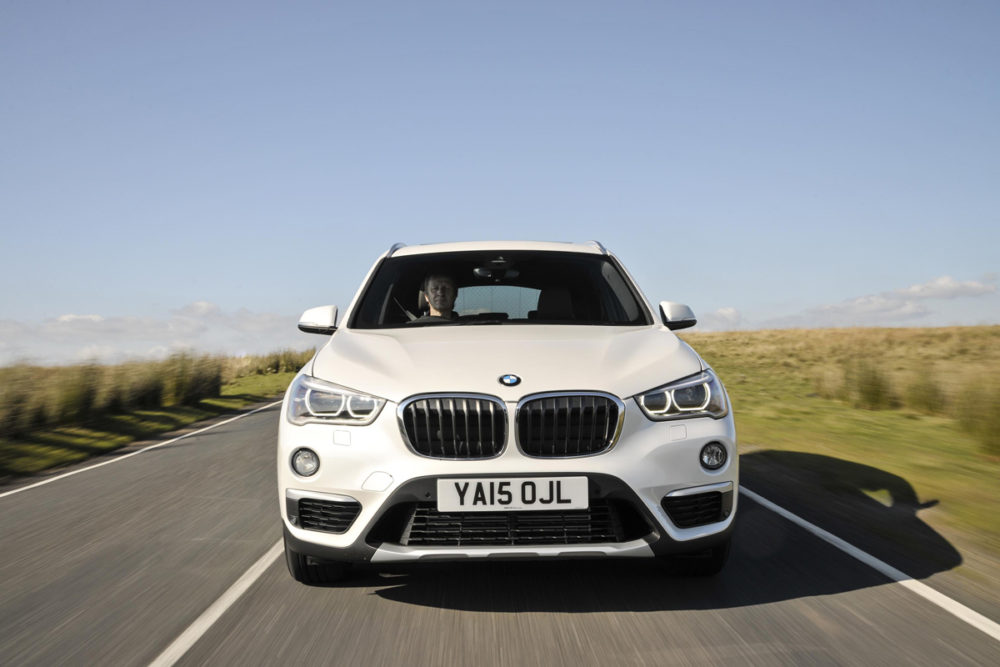