Weird Looking Baby SUV Is A Bridge Too Far 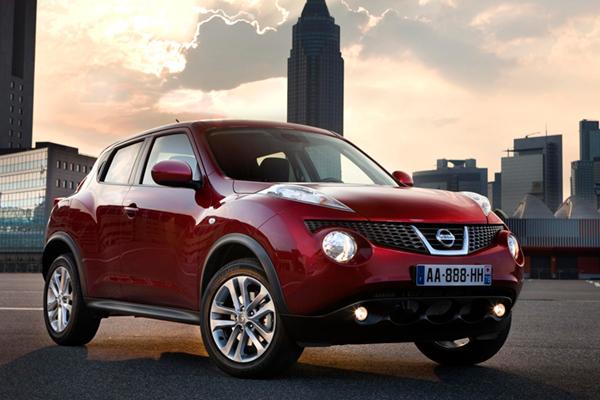 This One Is Daring Too, But Misses The Target
** out of 5

Nissan Seeks Out The “Urban Player” With No Embarrass Genes

For – singular looks, terrific interior, decent value
Against – if you’re old enough to afford this car, you’ve  grown out of it

Nissan has been very brave and often successful at creating new types of cars.
Look at the Qashqai, which Nissan invented when it became obvious that it couldn’t sell the old Primera in big enough numbers to make a decent profit against competition like the Ford Mondeo. The Qashqai was truly a “crossover” – a halfway house between an SUV and a regular saloon car, and it has been selling like hotcakes. Other manufacturers are scrambling to meet this new market segment which must be earning Nissan massive profits as a car this popular will often sell at a maximum margin with little discounting. Oh the joy of being first to the market with something the public actually wants. 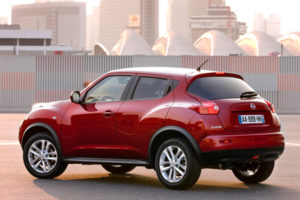 But Nissan is unlikely to be savouring the fruits of its bravery as it struggles to sell the battery-powered Leaf. The new Juke also promises to a bit hard to sell when you consider its sheer ugliness, it’s self-conscious attempt to be different and trendy. It truly appears to be a vehicle aimed to appeal to those who don’t buy cars because it seems designed to excite 14 year olds. It reminds me of my time at Reuters, the news agency, when you lived and died by being first with the news. There was that euphoric interlude when you had beaten the competition, which turned to cold sweat when the excitement at being first was replaced by the dread word “alone” to describe your efforts, promising the humiliation of a correction for all the world to see. The longer the competition failed to match your exclusive, the more it became likely that a crass error had taken place which might threaten your career.

Alone, with more money than sense
The Juke would seem to in the “alone” segment, as other manufacturers decline to match Nissan’s invention, or least if they do it will be with a more acceptable looking product. I suppose its competitors are those vehicles which strive to be different, like the Mini, Citroen DS, Fiat 500, Audi A1 and Alfa Romeo Mito. In the category of those with more money than sense, you might say.

But what is the Juke like to drive? Does it have any qualities that might tempt buyers? Firstly of course once inside, you don’t have to look at it anymore, so that’s a plus. The Juke drives very well, with  powerful and sophisticated engines (there’s a huge range to choose from) and terrific gearboxes. The quality of the interior is very impressive, although I was surprised to find in the press release that the centre console apparently looks just like a motorcycle fuel tank. The ride was on the bouncy side. There’s not much room in the back. 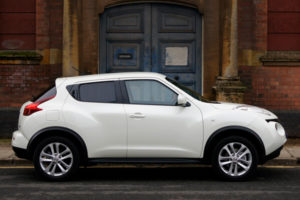 There are two-wheel and four-wheel drive Jukes. Prices start at £12,795 for a 1.6 litre petrol Visia. On front-wheel drive versions, suspension is by MacPherson struts at the front with a torsion beam at the rear while four-wheel drive models have a multi-link rear suspension modelled on the system found on the Qashqai. There are petrol and diesel engines – with one 1.5 diesel and choices of 1.6 petrol motors. You can have a CVT automatic gearbox. Now there is an even  madder Juke-R with a 3.8-litre twin-turbo V6 engine adopted directly from Nissan’s flagship supercar the GT-R.

Trim and equipment options will follow the established Visia, Acenta and Tekna categories. Standard equipment includes six airbags, ESP, air conditioning and a CD/radio. The diesel is available on two-wheel-drive models with a six-speed manual transmission. 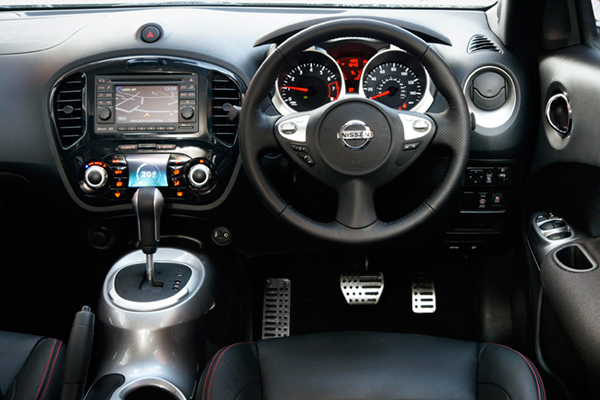 Perhaps I’m being unfair in my description of who is likely to buy this car. Over to Nissan for its thoughts on just who will stump up the money for a Juke.

Find the Urban Player
“The target customer is what Nissan calls the ‘Urban Player’. He’s a confident, ambitious and outgoing man in his early 30s, quite probably self-employed and in a relationship but without a family. He’s technically minded and will enjoy features such as the Nissan Dynamic Control System. A second target customer is a slightly older family man with aspirations of being an urban player,” Nissan said.

Good luck with that, I would say. A crucial quality would also be a complete lack of embarrass genes. 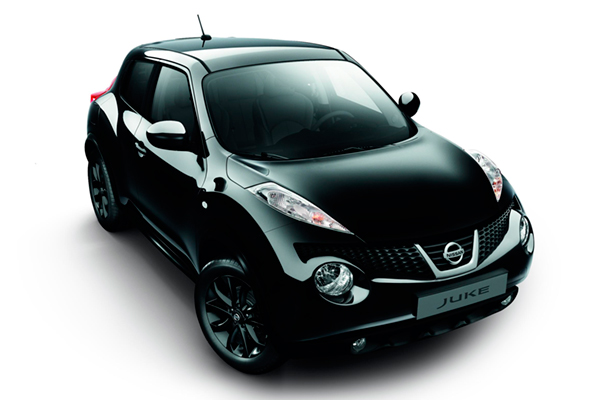 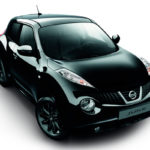 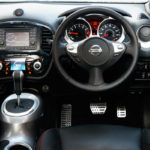 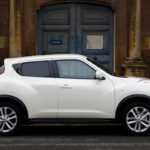 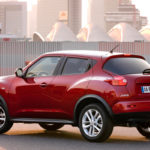 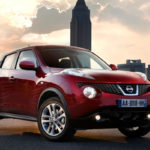 BMW 328i video
Conventional Engines Will Shrug Off Electric Challenge