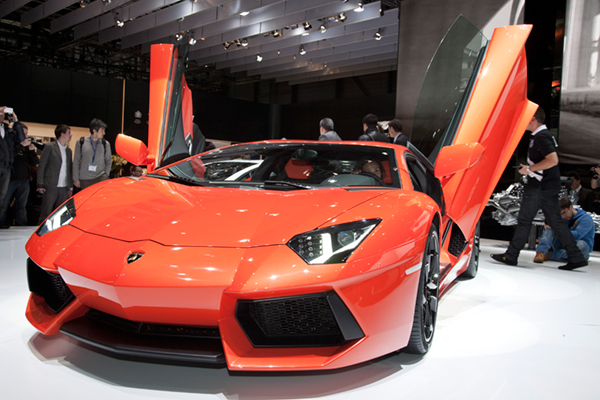 “great for crash survival, and for when the revolution comes”

The new Lamborghini Aventador’s mere existence as an over-the-top sports car might be too much for some, who might see this car as a mindless squandering of scarce resources for no particular gain.

You can imagine winning the Euro millions lottery, buying one of these, finding Greenpeace headquarters and driving by all day to see the reaction of the pious greenies inside.

The fact that the Aventador was named after a particularly brave bull, cited for outstanding courage in the Saragossa Arena in 1993 before being killed, might not help the car’s case much either. For all the good publicity won for Spain by impressive men like Raphael Nadal and Seve Ballesteros it is still true that an element of the country allows the uncivilized and barbaric activity of bull-fighting (not fighting really; torturing, weakening then the cowardly murdering of a healthy animal with as much grandstanding as possible). I suspect that most Spaniards regard bull-righting a bit like the civilized majority in Britain used to think of News of the World and still think of Sun readers; ignorant, morons who don’t know better. How could anyone pay to watch/read that?

What is undeniable is the Aventador’s cutting edge technology, mind-blowing performance, and world-class quality. 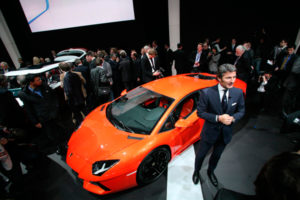 Robotized
The Aventador’s latest technology includes a carbon fibre body with the entire occupant cell built as one component, ensuring extreme rigidity and a high level of passive safety for the driver and passenger; great for crash survival, and possibly for when the revolution comes. Lamborghini of Italy also uses lots of aluminium in the Aventador, borrowed from its parent company Audi, in turn owned by Germany’s VW. This slashes weight big-time. The Aventador has a robotized, seven speed gearbox similar to Formula One cars. The suspension is also borrowed from Grand Prix racing, as are the ceramic brakes. The rear automatic spoiler has two positions – four-degrees to help stability at high speeds, and 11 degrees to provide down-force in mid-speed ranges.

“The Aventador is a jump of two generations in terms of design and technology. Overall, the dynamics and technical excellence of the Aventador make it unrivalled in the worldwide super sports car arena,” said Stephan Winkelmann, President and CEO of Automobili Lamborghini.

Rivals include the McClaren MP4-12C, Porsche 911 Turbo S. The Bugatti (another VW stable-mate) Veyron supercar costs about four times as much. 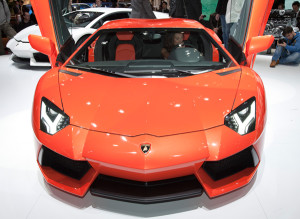 When you clamber into the car through the so-called scissor doors which open upwards, you will wallow in the premium materials, leather and Italian craftsmanship and see the aircraft style dashboard with LED screens. The designers haven’t quite thought of everything. The trunk space is miniscule. You won’t be able to see much out of the back, although you can order a perspex cover for the mid-engine which can be viewed from the outside. The start button is hidden under a red cover. Push that button and the noise of the motor will respond with a deafening, almost frightening, shriek. On the road, the four-wheel drive system will provide an added level of safety on the corners in foul weather, or when the driver is pushing the car hard through bends.

The car’s body is so low, it might well be incapable of negotiating speed bumps in towns. That won’t be a problem for Lamborghini owners. There will certainly be a button to press which will automatically summon the chauffeur-driven limo. 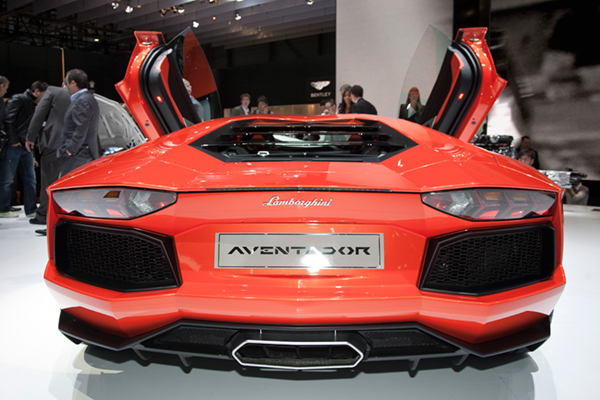 I’m wondering just what kind of person would want a Lamborghini? A half-hearted trawl of the internet revealed a few rappers in the U.S. with too much money and not much class. When my turn comes to win the Euro millions lottery, I still stand by my decision to buy a Range Rover and a Mercedes S class for lugging and travelling, and some kind of Ferrari for fun. The Lambo seems to be more of a wind-up to the underclass, without adding much more to the world than a Ferrari. 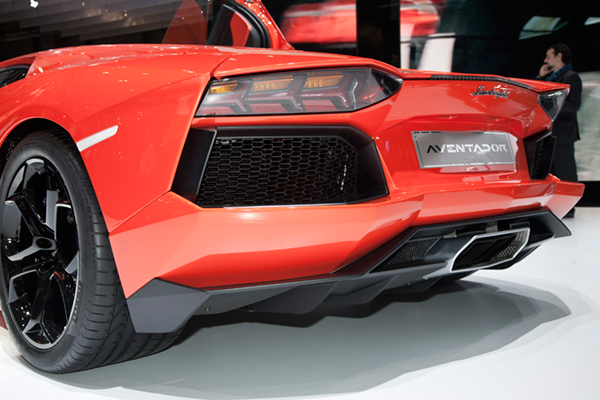 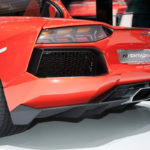 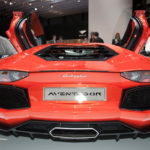 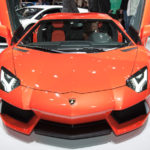 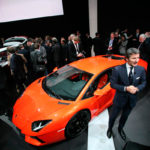