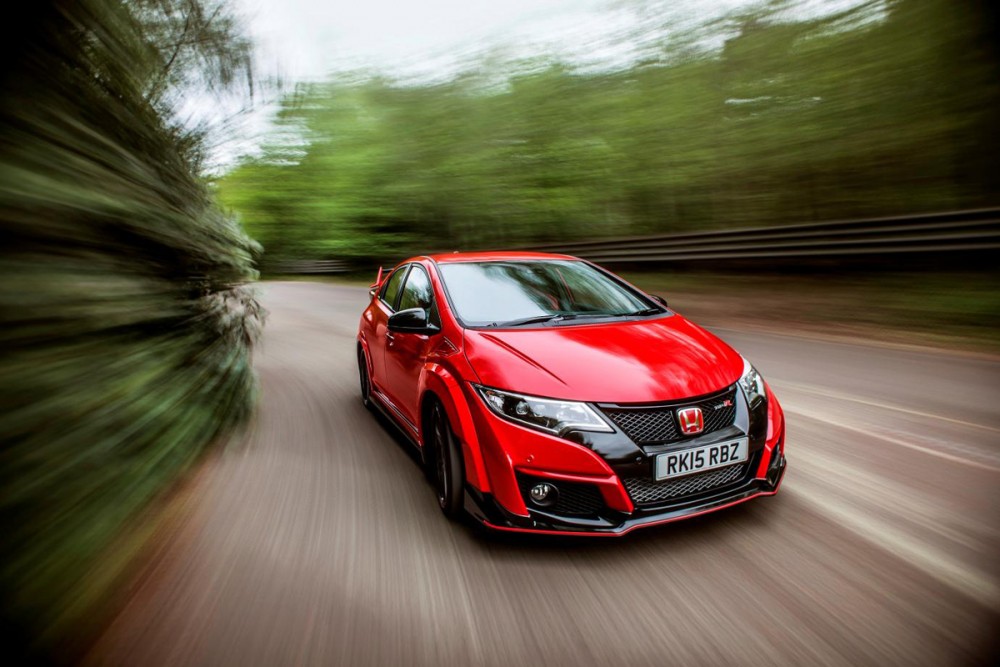 “As an example of cutting edge engineering, the Type R is hugely impressive. As candidate for your garage, it seems ridiculously OTT”

“The styling and performance reek of a 14-year old’s bedroom posters, yet the prices are hefty and insurance premiums must be sky high, suggesting that only the middle aged could afford one”

BRATISLAVA, Slovakia – Souped-up hot hatches are not my cup of tea but on behalf of my readers, I packed my valium, made sure all my fillings were fixed firmly, and climbed aboard. 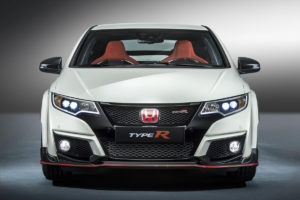 You will see from the video that I risked life and limb bringing you the Type R story, both as a driver around the SlovakiaRing, and as a passenger while my driver diced with another. As we approached my second lap, I was told to press the “+R” button on the dash, which tightens everything up, even more, as the readout turns from white to glowing red, and allows for maximum performance under the 7,000 rpm limit. All I can say is that the car is scarily fast and responsive, with terrifically tight steering and suitably harsh suspension. Piloted by a professional, it seems to approach corners at suicidal speeds, only to emerge at the other end with maximum tyre squeal but on the straight and narrow, somehow.

“The technology handles everything and just sorts it out,” said my driver, modestly.

So it indeed goes very quickly around a race track, but not many buyers of the car will go anywhere near one. The question is, does it impress as a car which for most of its life will be trapped in traffic or cruising down the motorway? 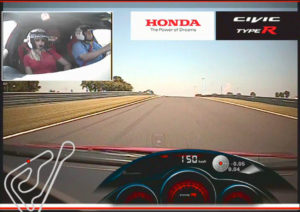 The car’s low gearing made it very flexible and smooth in traffic in and around Bratislava, while on the motorway heading to Austria at legal speeds it was pretty quiet, although there was a low droning noise in the background that might irritate after a while.

As you can see from the pictures, nobody with embarrass genes would go near a Honda Civic Type R (for Racing). It is very lairy and in yer face. The huge wing at the back will probably do more to grab attention than keep you on the road, and there we have my first objection to this car. 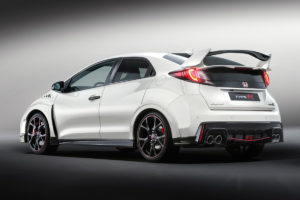 Honda calls it “a race car for the road”, which strikes me as the last thing that anyone would want, and an oxymoron to boot. The main reason I’m not a fan of the genre is because they exist only to bring the danger of yobbish, irresponsible driving to the masses.

But my first impression after strapping myself in was of a hugely impressive, quality dashboard and sports seats which wrap snugly around you. There’s plenty of reminders that this is a Type R, with badges on the mats and the doors. When you press the “start” button you’ll hear a noise from the four exhausts which will remind you, again. Honda says the car is tuned for noise as well as performance.

Honda says the Type R has an advanced new suspension to ensure rewarding handling and “maximise power transfer”. The six-speed manual is indeed slick and fast. There’s no automatic option or four-wheel drive either, unlike its main competitor the Golf R.

Type R GT
The base model costs £29,995, which means on a lease the car will cost about £300 a month, according to Honda. For £32,295 you get the Type R GT, which adds things like Honda Connect infotainment and sat-nav, remote power window operation, parking sensors front and rear, to a specification that is already very impressive. 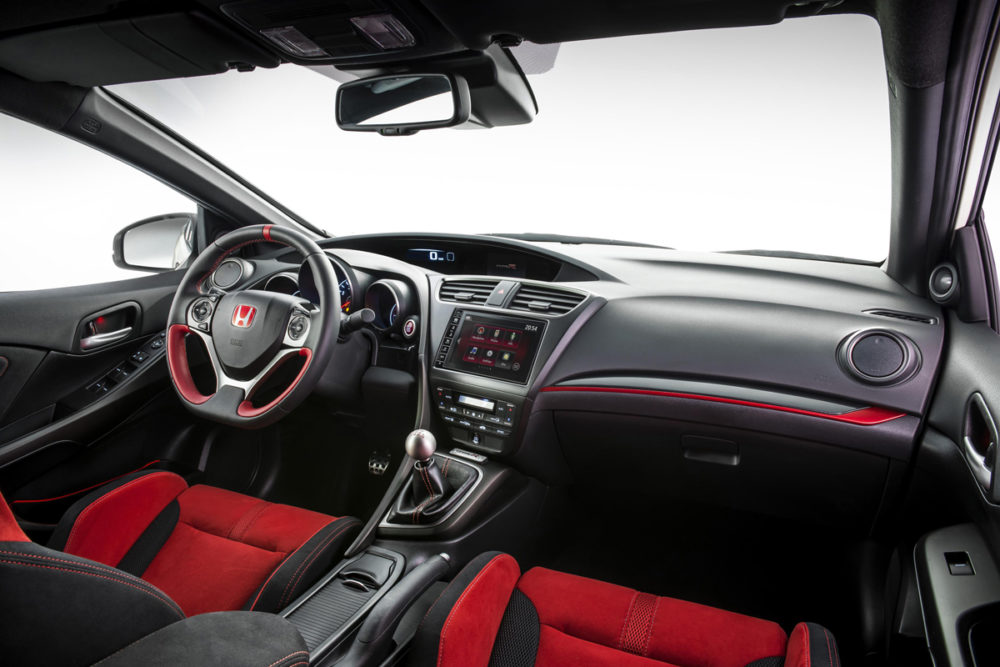 “The all-new Honda Connect infotainment system is standard to the new Civic Type R. Easy and intuitive to use, Honda Connect runs Android,  the world’s most popular smartphone operating system – and employs the familiar ‘pinch, swipe and tap‘ functionality of a smartphone to access its features. Honda Connect gives rapid access to everything from vehicle information, rear-view parking camera and music, to Bluetooth connectivity,” Honda said.

Honda said the Type R will be a halo brand. Given that sales in Europe have been sinking fast, Honda does indeed need some help to boost sales. This hot-hatch might be impressive, but it doesn’t seem likely to do much to win over Honda’s mature core buyers who have been leaving in droves, put off by the Civic’s looks and the lack of a compact SUV. Honda’s new HR-V later this year is likely to solve the latter problem and have a much bigger impact, not to mention the new Jazz.

Aged 14
Looking at the Type R’s competition – Renaultsport Megane, Volkswagen Golf R, Ford Focus ST, SEAT Leon Cupra, and Mercedes Benz A45 AMG – you see a range of cars which appeal to a market which I can’t imagine exists. The styling and the performance reek of 14-year old’s bedroom posters, yet the prices are hefty and insurance premiums must be sky high, suggesting that only the middle aged could afford one. As an example of cutting edge engineering, the Type R is hugely impressive. As a candidate for your garage, it seems ridiculously over the top.

The sales figures will prove me right or wrong. 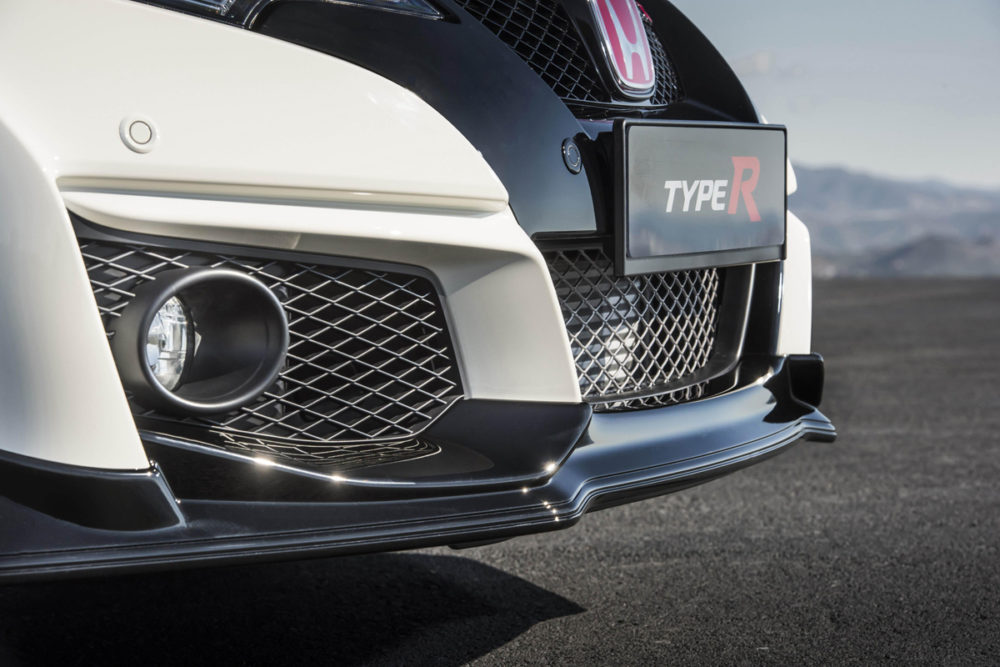