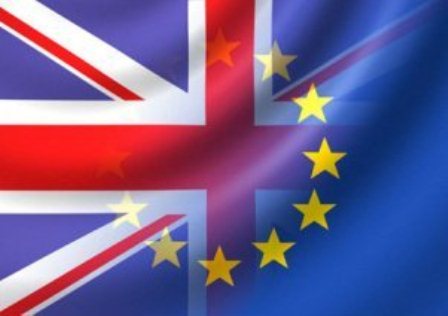 Everybody Knows Free Trade A Done Deal.
Remember Unanimous Call For U.K. To Join Euro?
Today, Auto Industry Should Be Finished In Britain.

Europe’s car manufacturers, led by Ford, are playing a dangerous game by joining a controversial British political argument about leaving the European Union (E.U.), to be decided by a referendum by 2017.

Not only does this partisanship risk turning off possible customers, but many experts reckon that if Britain did leave the E.U., it would make almost no difference to the country’s auto export prospects, and might even enhance business. This is because Britain is such a huge market for the German premium manufacturers like BMW, Audi, Porsche and Mercedes-Benz, and mass car makers like GM Europe’s Opel-Vauxhall, Ford Europe, Renault and Peugeot–Citroen of France, and Italy’s Fiat, that a free-trade agreement is really a foregone conclusion if it left the E.U. Anything less than a free trade deal would jeopardise this hugely profitable business in Britain.

A wise course would be for the companies to stand back and await the verdict.

But Nissan has joined Ford Europe and BMW in this political interference by opposing exit, and risking a critical customer reaction.

“We really believe that the U.K. being part of the E.U. is critical for business,” he said earlier this year, according to Bloomberg. Carlos Ghosn, CEO of Renault-Nissan has said the company would reconsider its future in the U.K. if it quit the E.U. More recently BMW board member Ian Robertson said he believes Britain should stay in. The European Auto Manufacturers Association, known by its French acronym ACEA, has also jumped in, warning Britain that a possible exit from the E.U. would harm the U.K. auto business.

A bit lame
“Frankly it will be important for the U.K. automotive industry to stay within the EU,” said ACEA secretary-general Erik Jonnaert.

Jonnaert didn’t offer any evidence of the possible trade impact of Britain’s exit, but did say U.K. membership gave it a say in future E.U. legislation, research programs, and trade talks. That seems a bit lame considering German success in the U.S. and China where it has no such powers.

The manufacturers also stand accused of failing to research the possible consequences of Brexit – the short-hand code for Britain exiting the E.U. – and seeking to whip up support for the status quo simply and cynically because they don’t like change and would face a small, temporary increase in the cost of doing business.

The issue of Britain’s membership of the E.U. has been brought to a head by this month’s general election. The victorious Conservative party pledged to hold an in-out referendum by the end of 2017, so the starting gun for the campaign has now been fired.

U.S. Rule by NAFTA
Many Britons are unhappy about E.U. membership because of the way it has changed since joining in 1973. Then, the E.U was known as the Common Market and voters in a 1975 referendum to approve membership were assured that the deal only involved trade, with no political ramifications at all. Since then there has been a steady increase in E.U. powers to the extent that the U.K. Independence Party says now more than 70 per cent of British Laws are imposed on Parliament from Brussels. This a bit like Americans waking up one day to find that Mexico and Canada have secretly acquired the power of veto over Congress because of secret protocols in the North American Free Trade Agreement (NAFTA).

Americans are made aware from an early age of the high profile debates among philosophers and academics as they designed the U.S. constitution. In Europe, the reverse was the case, as politicians denied any political intention behind the Common Market, while a conducting behind-the-scenes move to establish a state by stealth. Now the call in Europe is for ever closer union.

“It’s possible I suppose that there could be a massive trade war, with protection and trade barriers but I think that’s very unlikely. Firstly the WTO (World Trade Organization) would have a view on that. But much more importantly, Britain has a huge balance of trade deficit with the rest of the E.U.. It’s a tremendous market for E.U. countries for a whole range of goods and especially for upmarket BMWs, Audis and Porsches,” Rhys said.

Free trade very, very likely
Industry protests also fly in the face of its actions in investing in factories in places like Russia and Turkey, which assume free trade access to European markets.

“A free trade deal (with Britain in the event of Brexit) is very, very likely because it is in the interests of both sides and the behavior of the industry shows they can make it work using suppliers outside of the E.U to supply the E.U. market,” Rhys said.

Rhys also points to a similar argument that manufacturers made when Britain faced the choice of joining the euro single currency in 2002. The manufacturers were almost unanimously shrill in claiming that if Britain didn’t sign up to the single currency, it would be the end of its economic prospects for good. If it didn’t sign up, car makers would leave Britain on mass. Since then of course, the industry has thrived in the U.K. and many eurozone members have crippled economies likely to be basket cases for years, because adherence to the euro meant loss of exchange rate flexibility.

Bordering on the juvenile
“The car industry hasn’t been a great judge of its best interests. They promised the end of civilization as we know it if we didn’t join (the euro). We are thanking our lucky stars that we didn’t. They were looking at a narrow self interest and the costs of not having to convert currencies, and didn’t take account of big economic factors. That decision was bordering on the juvenile, and they don’t have a great background to pontificate about this issue (Brexit) now,” Rhys said.

Rhys said fear of change probably accounts for the hostility to Brexit, and worries that they will face a series of challenges and problems.

Michael Burrage, analyst with Cimigo, an Asian based marketing and corporate strategy outfit, agrees that it is fear of uncertainty that is driving antipathy to Britain’s exit, but he also believes manufacturers have failed to do basic research about the consequences.

“Companies with serious interests at stake should conduct risk assessments and ask if these serious consequences are likely. I don’t believe they have taken serious studies. I believe exit would be far less disturbing than these large manufactures would wish us to believe, and they need to do studies. I would listen more seriously if they showed some research. This is just off the top of their heads. It is very superficial,” Burrage said.

Burrage, a former lecturer at the London School of Economics, produced a report last year for the think-tank Civitas, which used official data to show that since joining the Common Market in 1973, Britain’s share of trade with core members had remained virtually unchanged. The conventional wisdom assumes there would have been a huge increase.

Priority one
Burrage also agrees if Britain left the E.U., a free trade agreement would be likely.

“In the event of leaving, the U.K. government will negotiate free trade with everyone, and the interests of the motor industry, and the finance sector will be priorities one and  two,” Burrage said.

Don’t want to start over
So why are auto manufacturers making such a fuss about something that won’t harm them?

“Some very large corporations have invested millions lobbying for special deals and arrangements which suit them, and the last thing they want is to have to start all over again,” Hannan said.

Cardiff Business School’s Rhys said Britain could look to an arrangement with the E.U. that sidelined social and political issues and was based on economic business practices. The car companies should get a grip.

“Multinational companies have long experiences of operating under a huge variety of circumstances, dealing with problems far worse than they face with Britain outside the E.U. This is simply a knee jerk reaction. Either way, in or out, frankly, the sun will rise and the industry will continue in Britain as a good location for investment,” Rhys said.