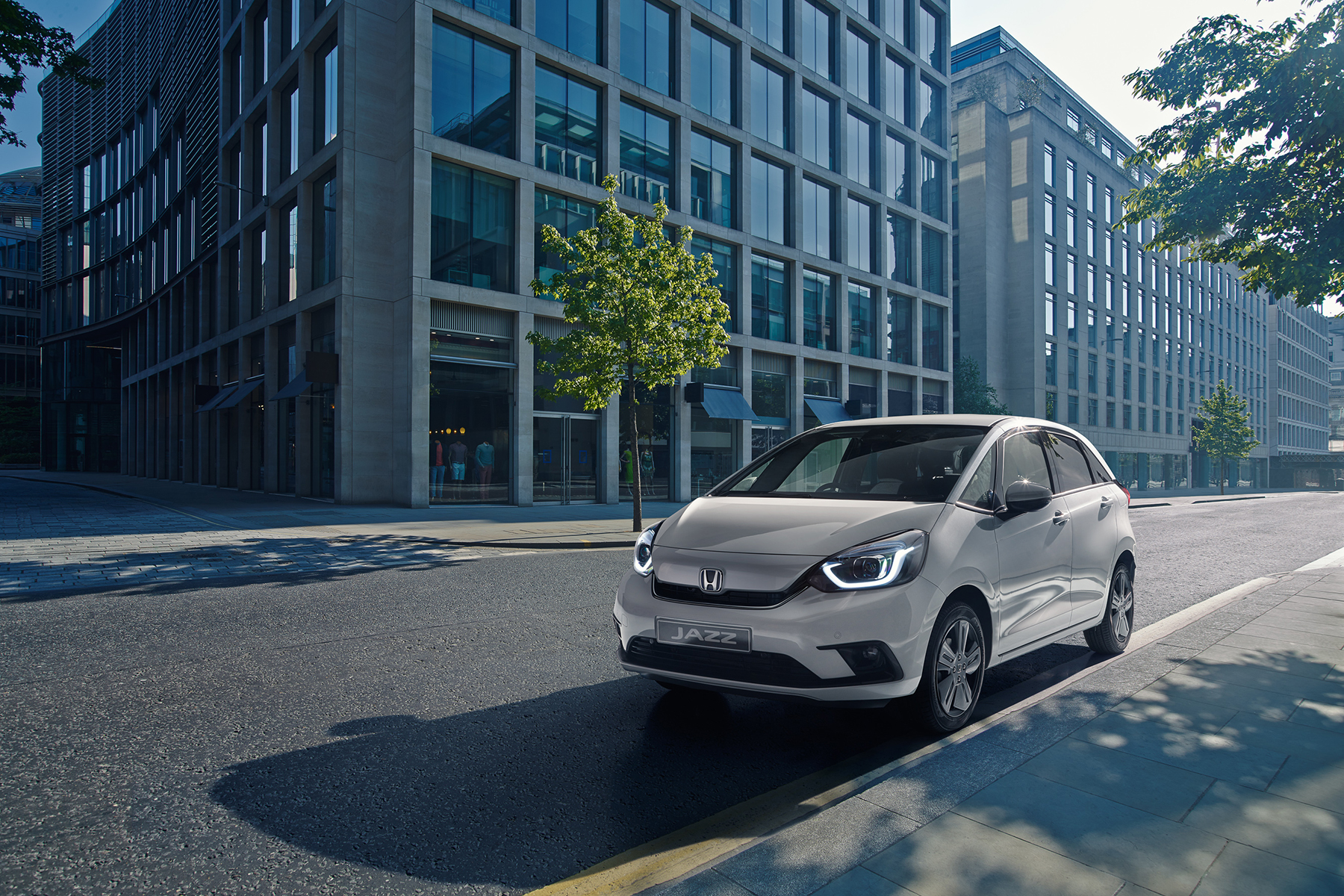 I’ve had various Honda Jazz models over 18 years and I’m a big fan. I still have one. Solid, dependable, cute and utilitarian thanks to the magic seats. So well designed that I can stuff my mountain bike into the back, wheels on, although that does eliminate the front seat passenger. When I drive up to my South Downs cycle ride starting point, eyebrows are raised in surprise as I reach into this little city car, and pullout a full-sized mountain bike.

Its biggest weakness was always lack of power, but for the role that it was designed for – pottering around the city and poodling along country lanes driven by someone grey – that didn’t really matter. It could keep up a solid 80 to 85 mph on the highway if required. The Jazz always appealed to the wrinkly generation, which I certainly wasn’t when I bought my first one, but that’s not the case now. I was always a bit puzzled how in the U.S., the Jazz, known as the Fit there, appealed to a completely different demographic; trendy college kids. It turned out that in the U.S. a much more powerful version was available that was a bit zippy. 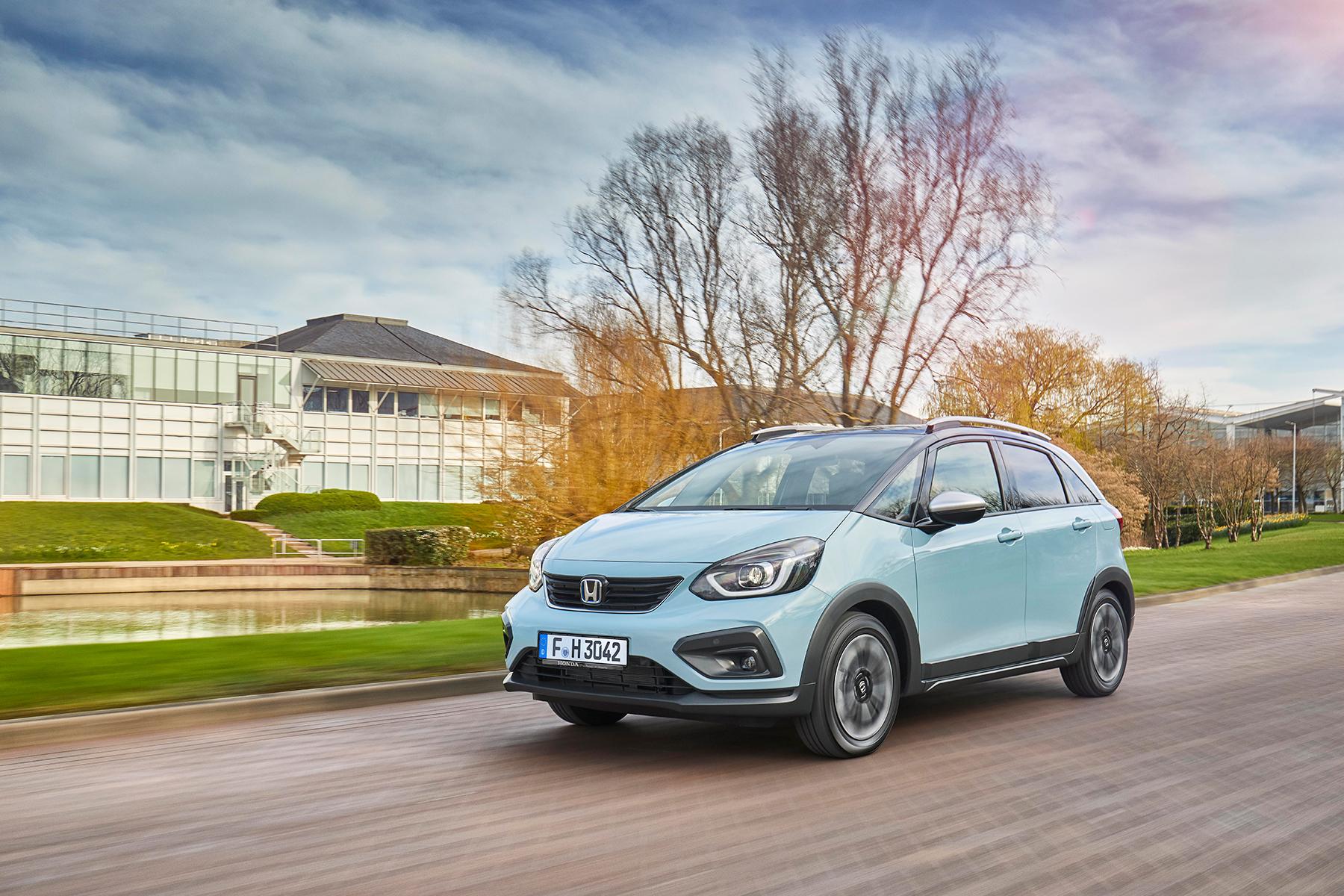 The latest iteration, the Jazz Crosstar, in Europe at least, corrects that weakness and it is very lively. The Crosstar is a petrol electric hybrid and the 1.5 litre internal combustion engine is boosted by an electric motor. The performance was very impressive, with excellent acceleration right through the range, but putting your foot down also prompts much noise. It’s pleasantly quiet as your tootle around town and countryside, but it becomes a raucous beast when ordered to go faster.

Regenerative braking
Handling, as ever, was precise, and the ride reasonably compliant. The CVT automatic was a big improvement over the old system, as it mimics steps through the gearbox, rather than letting car rev ahead noisily while waiting for the gearing system to being the revs back down under control. You can improve economy by pulling the gear stick back from D to B for regenerative braking as you drive down long inclines. I would have liked some indication about how much more electricity I was adding to the battery, rather than the indication that maximum regeneration was taking place. 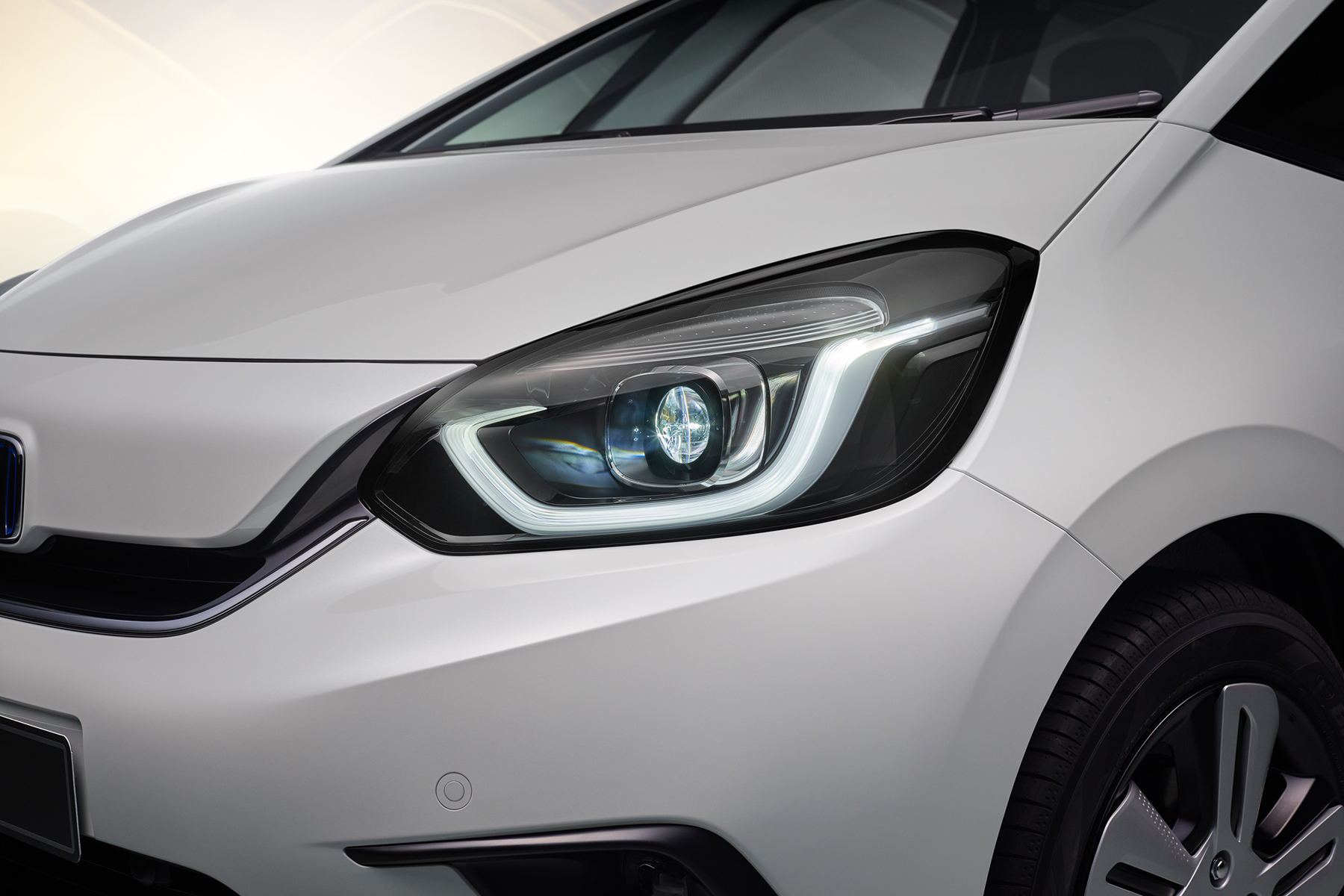 The body design has been updated too, with a higher stance and muscular additions that make it look a bit more in yer face for this Crosstar derivative. The Crosstar suggests it’s a small SUV which of course it isn’t, but it does retain all the old virtues of practicality with much load space and those versatile magic seats, but unfortunately the new design has cut down on the space close to the rear door and my mountain bike no longer gets a ride.

The quality of the interior is outstanding, and there are plenty of the latest connectivity gizmos and safety aids. The warnings of imminent danger are much too intrusive and the computer seems confused by country lanes and lines in the road, spotting danger emerging from the close hedges and trees. There is much mild yanking of the steering by the computer to bring you back from er, no danger. Danger is signaled, weirdly, by the appearance of a carton head with earphones on. 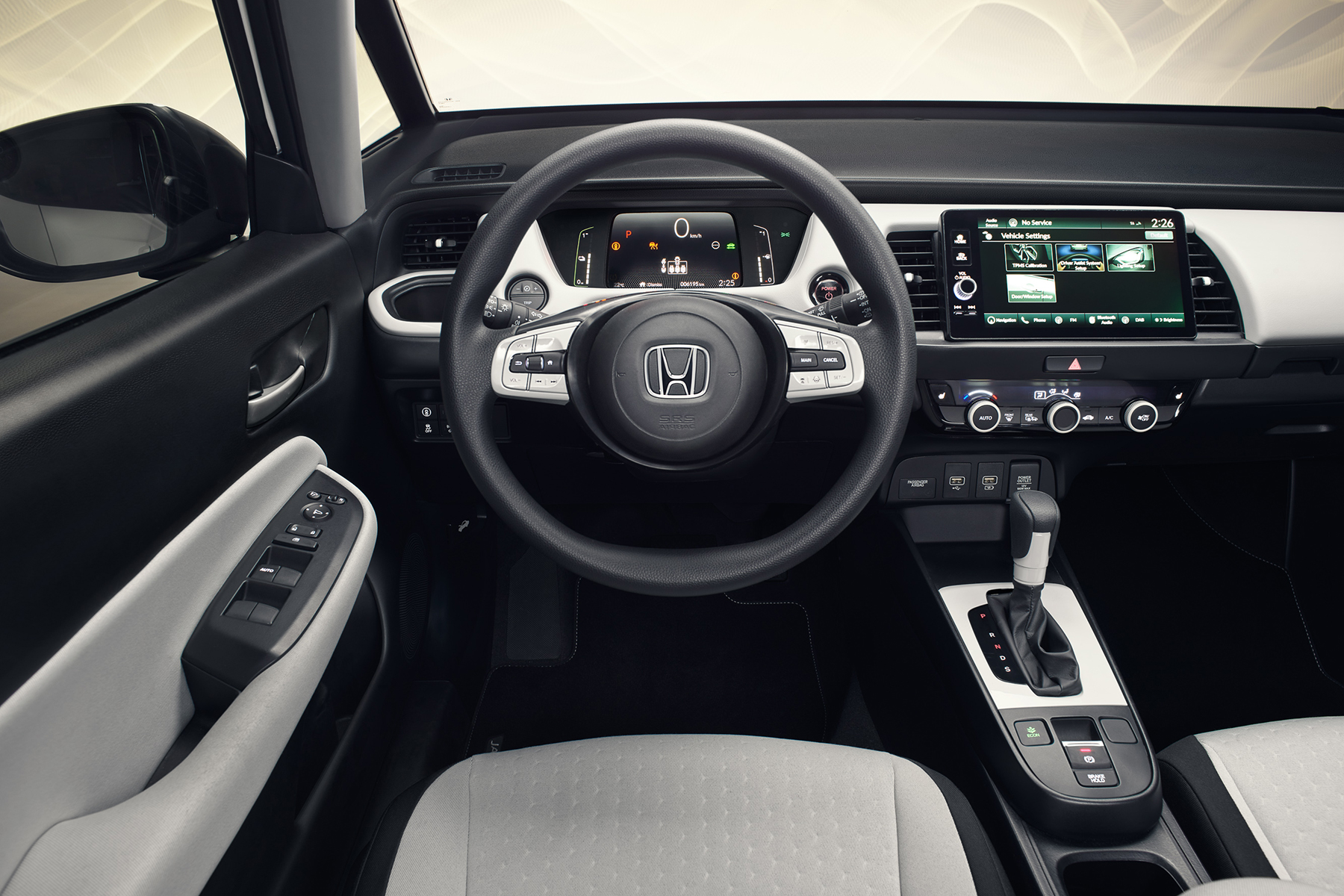 Confusing and definitely not intuitive
I found the media set up to be confusing and definitely not intuitive, but I will add a cautionary note. It might well be that this was because of my own lack of technical awareness. Having said that, I never could turn off the Sat-Nav, I only found one radio station with ease. I found it amazingly easy to connect my phone and music store. Trouble is it seemed to fall out of contact just as quickly. When I could keep it connected, the sound-system was very impressive. As for the fuel gauge it never seemed to register anything at all after a refill, but maybe it was turned off for journalists because they never, ever add petrol. I do. How else can you tell the honesty of the fuel economy claims?  As it happens, the claim of an average 58.9 mpg for the top of the range EX was pretty close. I managed 56.7 mpg.

Regular new Jazzes start at £13,880. Prices start at £18,985 for the slightly higher Crosstar range with the SUV lookalike clobber on board like roof-rails and bigger wheels. There’s an SE, which moves through the SR and to the top of the range Crosstar EX. That is priced at £23,185, and the big list of state of the art safety stuff is standard across the range.

Honda describes the new Jazz as offering efficiency, comfort and class-leading connectivity (maybe it should offer training courses to more elderly buyers) and the two-motor hybrid technology is standard across the range. 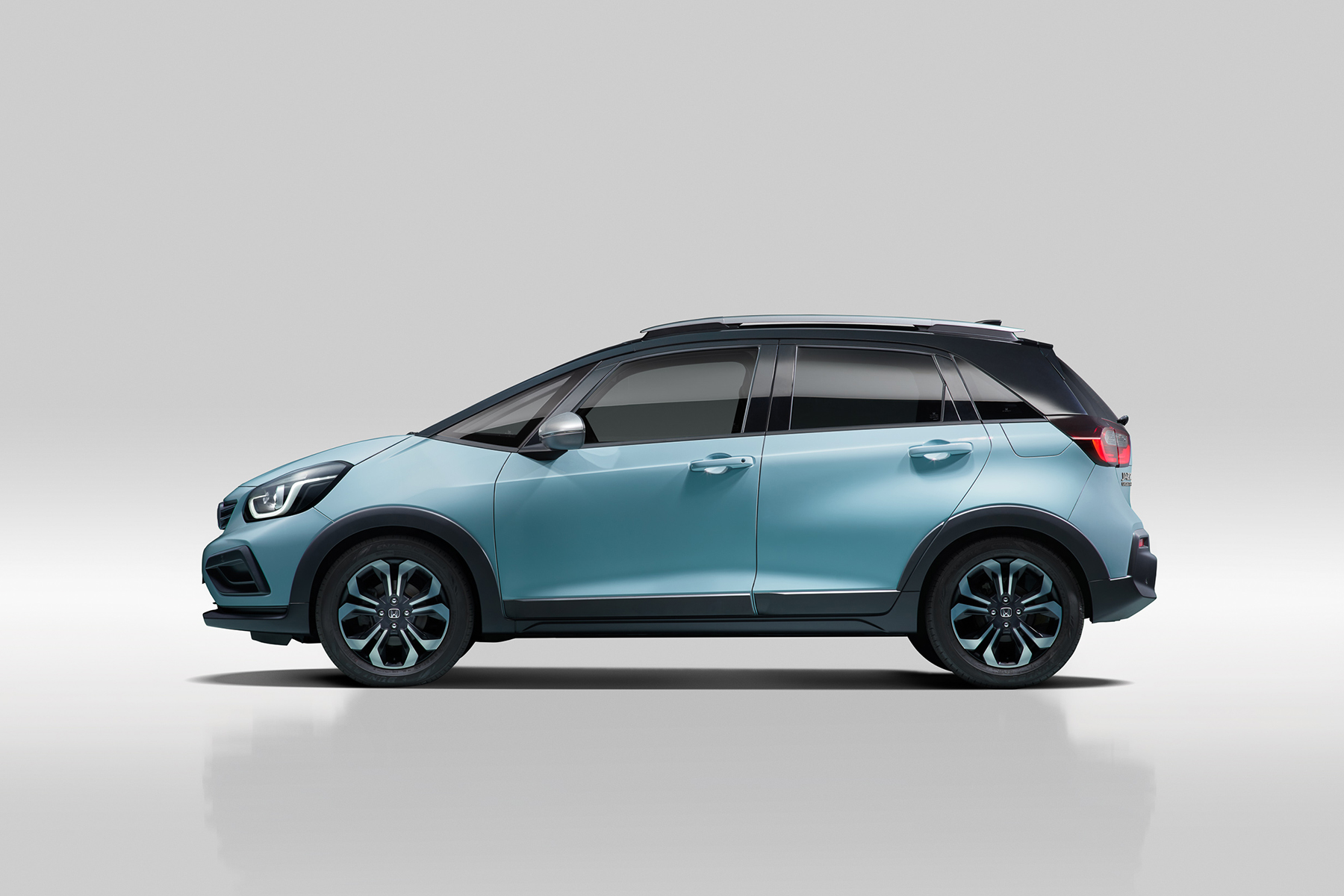 “The Crosstar variant of the all-new Jazz presents a more SUV-style proposition, orientated toward those with active lifestyles. Available with the same hybrid powertrain and interior features as the standard model, the new Crosstar adds increased ride height, water-resistant upholstery and integrated roof rails. The model’s enhanced visual presence is also bolstered by a bolder front grille design, black cladding around the wheelarches and stylish side sills. The Crosstar-specific 16-inch silver and black alloy wheels create a sense of increased stability and complete the variant’s overall robust visual impact,” says Honda.

What to buy?
The Jazz has been my favourite small car since it first burst on the scene about 20 years ago. I’ve owned one for almost as long. The latest all-hybrid iteration finally provides some much needed poke while its other huge pluses remain. Despite the fact I was confused by the connectivity setup and constant binging and bonging, I’m putting that down to my lack of perception so the Jazz retains my 5 out of 5 mark of perfection.