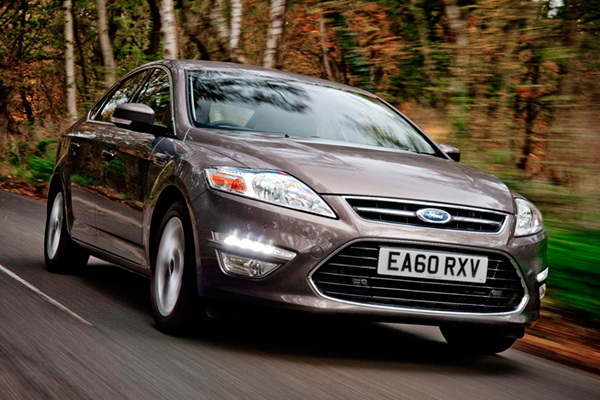 You would be hard pressed to improve on this experience if you were driving an Audi, BMW, or Mercedes

For – top quality motor, premium in all but name
Against – pricey, but surely that’s negotiable

It takes time and miles to really get to know a car. If I drive a press car for a week, sometimes it’s a bit of a struggle to make sure all the boxes have been ticked. You need to drive on motorways, in city centres, and on country roads to try and assess the true quality or otherwise of the car.

I can assure you that the job was done properly with this Ford Mondeo 2.0 TDCi Titanium.

I notched up nearly 1,400 miles driving from near Worthing in Sussex to Geneva, Switzerland, for the annual car show and back. There was much motorway driving at close to 90 mph, some country lanes and a good portion of urban stuff. There was even a chance to drive it on and off a couple of P&O car ferries on the Dover/Calais route. 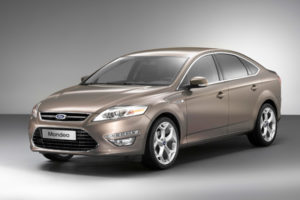 You perhaps won’t be surprised to know that the Mondeo handled the motorways with aplomb, but you might be surprised at the degree of dexterity. The car was quiet, untroubled and oozed capability, competence and safety at all times; a refined beast to be sure. You would be hard pressed to improve on this experience if you were driving an Audi, BMW, or Mercedes, it seems to me. Off the motorways, the steering was crisp, light and accurate. The suspension soaks up the bumps well. The cabin on this Titanium version boasted natty aluminium strips around the dash, doors and centre console, and expensive looking leather seats which were supremely comfortable. The seats even had Bentley-esque, discreet, off-white stripes. The dashboard is beautifully designed. The plastics were soft to the touch.

When you start up the 161 hp 2.0 litre diesel, there’s a bit of clatter, particularly if you open the windows, but this soon subsides into a pleasant background rumble. The motor pulls powerfully and responds quickly. On the motorway, there is just a hint of wind-noise, just to remind you that you are alive and driving at 90 mph. This car had the six-speed double-clutch automatic gearbox, and this might be the most impressive thing about the car. The gear change is amazingly fast and almost seamless. To think there are still some people around who claim to prefer manual gearboxes to automatics. 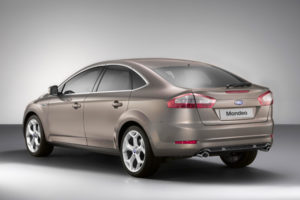 So far so impressive, which brings me to the beefs; looks, and the fuel consumption. The Mondeo looks good but it is getting a bit dated and anonymous. I’m sure when Ford comes to renew this car it will look more compelling and exciting.  My biggest complaint is going to sound like an echo to regular readers. The fuel consumption, officially rated at 50.4 mpg-5.6 l/km, “only” came to 39.3 mpg. (The car’s computer reckoned 37.1 mpg). But this is a big car, and fuel consumption close to 40 mpg is pretty good, although nowhere near the official claim. Put this another way, on my trip to Geneva, the total fuel bill came to almost £200, and if I’d believed the official numbers, I would have expected to pay about £40 less. Incidentally, road tolls came to almost £100, plus the £30 odd annual fee for driving in Switzerland. When you consider the air fare to Geneva is probably about £60 return, the road route is now prohibitively expensive. Mind you, the drive into Switzerland from France through the mountains is spectacular and memorable. Not exactly priceless, but worth paying not to have to endure the scramble to board EasyJet.

P&O
My stopover town, Troyes, is a delight, and using the P&O car ferry from Dover is always a pleasant experience. I still can’t get used to the idea that they’ve somehow electronically read your number plate before you reach the check-in desk, when they greet you by name. The staff always bends over backwards to get you on a ferry earlier than the one you’ve booked if that’s possible, so if you get there an hour earlier than you need because of M25-fear, you don’t have to wait around. 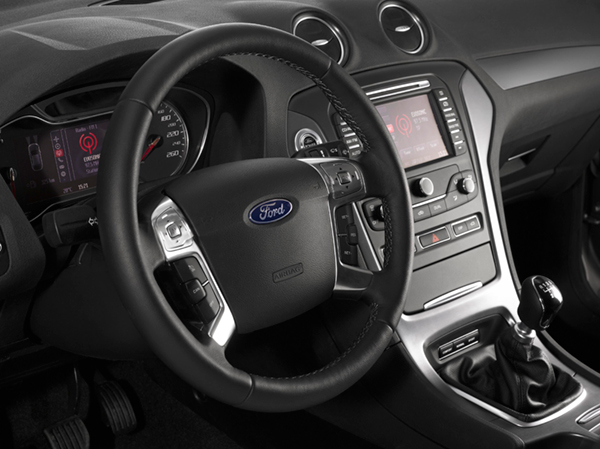 Another thing I never get used to is the system in Calais when you show your passport to the French, then show it again five yards later to the British. The British always pretend to be stunned when I remark on the ridiculous jobsworth, make-work nature of this. Surely, with all the government cuts promised, we can dispense with this ludicrous insult to the traveller’s intelligence sooner rather than later.

The Ford Mondeo is a terrific motor car, which can compete with the German premium manufacturers on all fronts save residual values. If you are in the market for a car like this, you will no doubt be able to negotiate a tasty discount, given the current state of this buyer’s market. 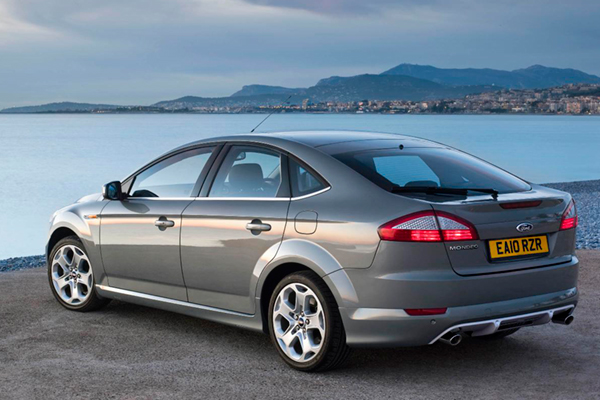 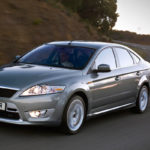 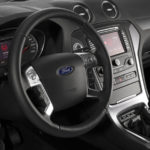 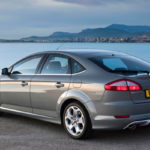 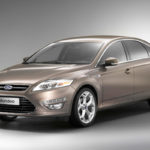 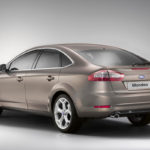 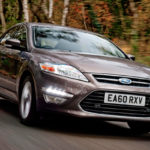