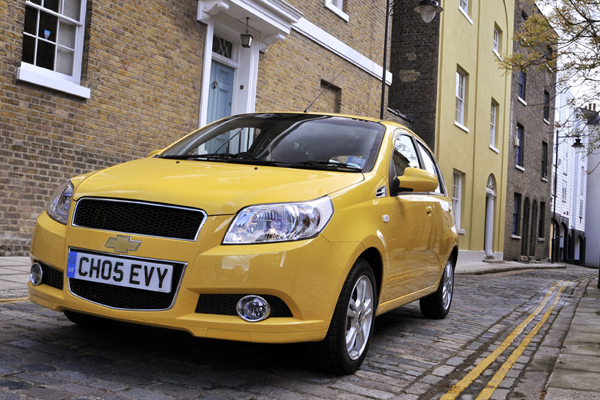 WROCLAW, Poland – Chevrolet has redesigned the body of its little Aveo, smartened up the interior, and modernised the engines.

You may have grown used to negative news about General Motors and its brands, but in Europe, Chevrolet is on a roll. Sales across Europe – including Russia, central and eastern Europe – hit more than 457,000 in 2007, will soar past 500,000 this year, and should beat 1 million by 2013, according to Wayne Brannon, executive director, Chevrolet Europe.

Between 2008 and 2012, at least 10 new Chevrolets will be introduced into the region, with massive growth projected in Central and Eastern Europe and Russia, as well as Western Europe. 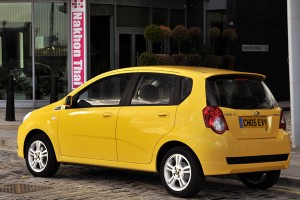 The Chevy Aveo will be leading this charge of mainly fuel-sipping small cars, with its bold new face and pretty new body. The interior has been improved too, with top quality materials giving a premium feel to the car. Most European Aveos will be built at a new plant in Warsaw, Poland from summer 2008. That’s why Chevrolet decided to launch the car in this ancient and impressive Polish city in the south-west of the country. Wroclaw is built on 12 islands between numerous tributaries of the River Odra and is joined together by 112 bridges. The marketplace around the Gothic city hall has over 600 buildings classified as historical monuments.

The roads in the countryside surrounding Wroclaw also seem to date from ancient times, and the potholes and ruts offered a tough test for the little car. 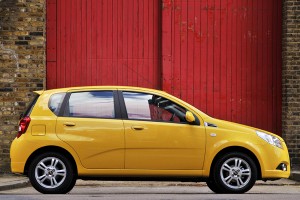 The Aveo performed well in these harsh conditions. On the local motorways the Aveo was surprisingly quiet even at around 80 mph, although being a small car – the Aveo will be powered by 1.2 litre 84 bhp or 1.4 litre 101 bhp engines – getting to higher speed takes time and the engines are a bit noisy while you get there, but not intrusively. The improved engines provide more power and better fuel consumption. Chevrolet says fuel consumption has been improved by 17 per cent, then says carbon dioxide emissions have been reduced by 15 per cent. Aren’t CO2 emissions and fuel consumption different ways of saying the same thing? Fuel consumption is said by Chevy to be an average 51.4 mpg (5.5 l/km) on the 1.2, and 47.9 mpg (5.9 l/km) on the 1.4. There are no diesels yet. These will appear in two to three years time, perhaps when the price of diesel at the pump has settled back down again.

The interiors were very impressive. Chevy has put much effort into improving the quality. The use of chrome is effective.

The 5-speed manual gearbox was terrific and the 4-speed automatic box on the 1.4 litre car did a good job.

The Aveo will be available as a 3 or 5 door hatchback. Three trim levels are offered – S, LS LT and all models come with remote central locking, electric front windows, a CD player and a split-folding rear seat. All but the entry-level S have air conditioning. There’s enough room in the back for two, if they’re not too big, and there’s plenty of headroom. The boot capacity is 220 litres, rising to 980 litres with the rear seats flattened. 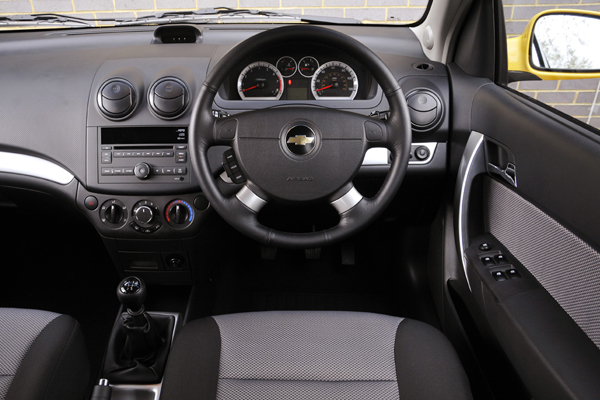 Chevrolet entered the European market in 2005 by taking on the name of its Korean subsidiary Daewoo, selling the Matiz, Kalos, Lacetti and Tacuma. The Kalos has now been renamed Aveo. The Captiva SUV was introduced in 2007.

You would think that these new cars might cannibalise sales of small Opels and Vauxhalls, but Chevrolet says it is not worried by this. Opels and Vauxhalls are apparently aimed at a different marketing group of more wealthy people who want a high technology small car, while Chevys appeal to the lower classes, particularly those in eastern Europe who don’t think past cheap and cheerful. The marketing types seem to think this makes sense; in the hard times we are about to see in Europe, I can see this theory being tested to destruction, at the expense of more expensive Opels and Vauxhalls. 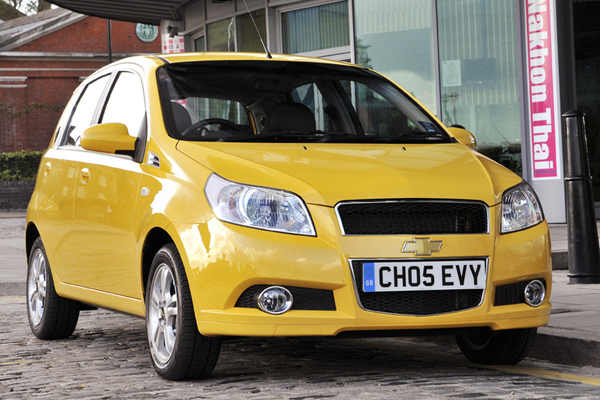