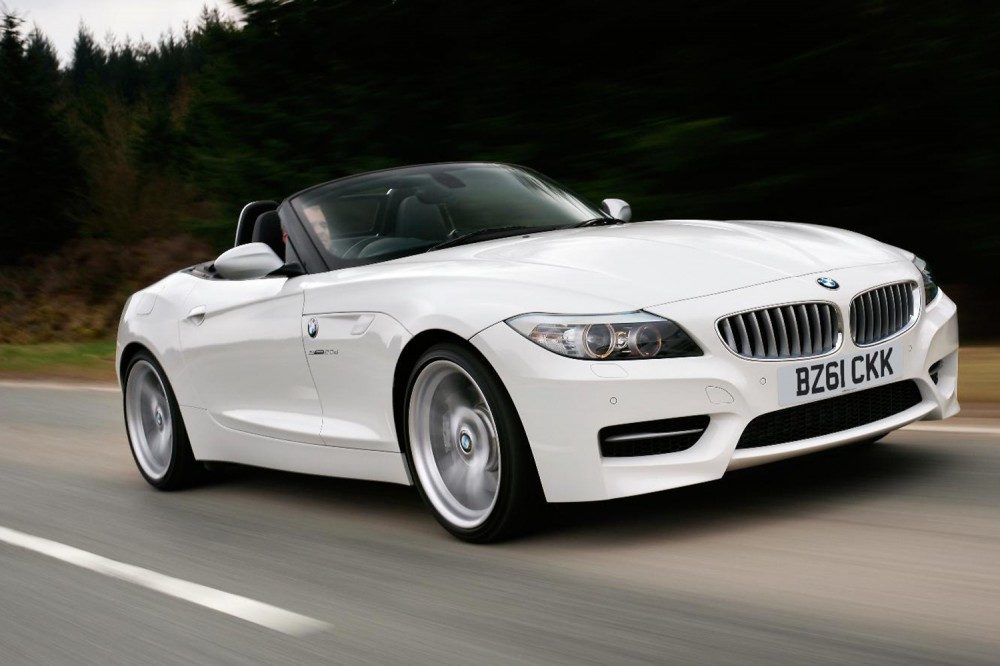 For – looks terrific, goes well, high quality.
Against – expensive, Boxster.
*** out of five

SIENA, Italy – BMW has launched an improved version of its Z4 roadster, with improved engines and more equipment, and design changes to add more class and presence.

This car has to fight in the rarefied atmosphere led by the Porsche Boxster and Mercedes SLK, so unless it’s the tops, it’s a non-starter.

The new Z4 has five petrol engines to choose from – three four-cylinder and two six-cylinder. The sDrive18i is the new entry-level model, powered by a 2.0-litre, 156 hp engine which has a six-speed manual gearbox. You can pay more for an eight-speed automatic. More powerful versions include the Z4 sDrive20i, sDrive28i, sDrive35i and sDrive35is. But even the smallest engine does the business, that’s for sure. 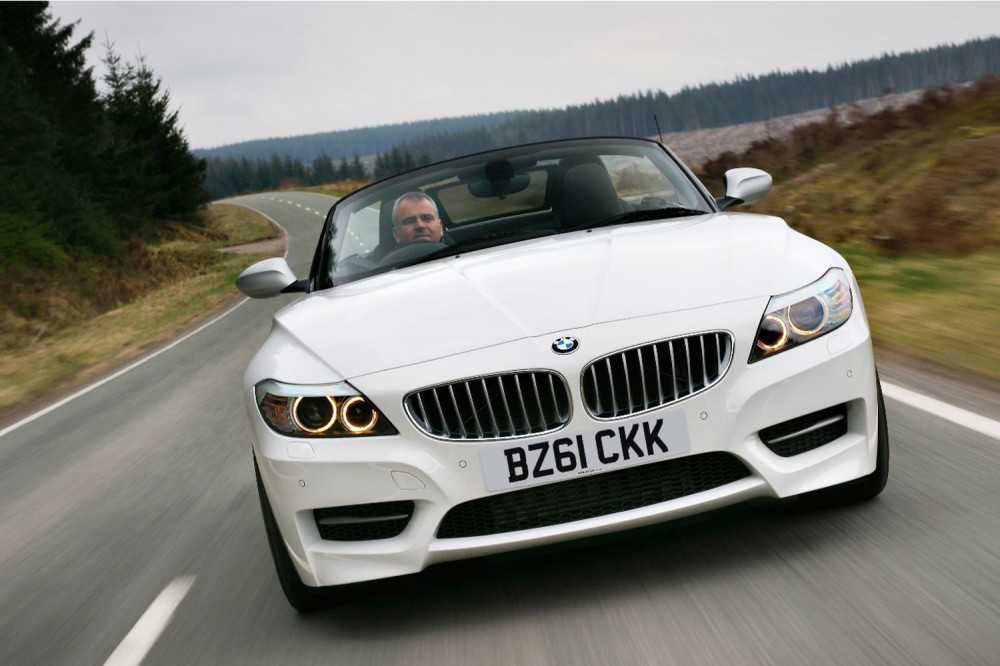 “The new BMW Z4 delivers the driving pleasure customers have come to expect from the brand, fulfilling the desire for both sporting ability and comfort,” says BMW.

I wouldn’t argue with that. On the twisty roads and highways in Tuscany, the car was beautiful to drive, with tight handling and excellent ride, if you switch the computer selection to comfort. The top-class cabin felt a bit cramped. The boot is tiny, thanks to the retractable hardtop. 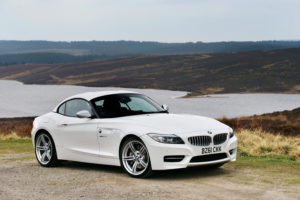 Prices range from £27,610 for the sDrive18i to an eye-popping £45,795 for the 340 hp sDrive35is, firmly in Porsche Boxster territory. The sDrive28i with 184 hp costs £29,710, the 245 hp sDrive28i comes in at £34,095, and the 306 hp sDrive35i starts at £39,915. All these versions come with equally impressive fuel consumption figures starting with 41.5 mpg for the sDrive18i, which might be a good place to mention that Brussels-based Transport and Environment says BMW is the worst of all car makers in Europe for exaggerating the difference between claimed fuel consumption and what you’ll get in the real world. BMW’s average exaggeration is 30 per cent, according to T&E. 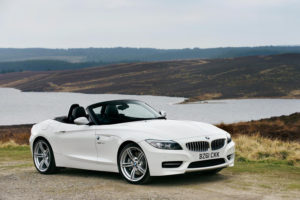 Equipment
Z4s drivers can select Comfort, Sport and Sport+ modes depending on mood and environment. As well as adjusting the responses of the engine and stability system, the different modes also alter the shift characteristics of the automatic gearbox and the electronically controlled dampers, if fitted.

Other standard stuff includes xenon headlights, air conditioning, a heated glass rear window, the Soft Close Automatic function for the boot lid and runflat tyres with a run-flat indicator. The BMW Business radio – including CD player, AUX-IN socket and six loudspeakers – is standard, while customers can also choose from options including the BMW Professional radio and the Professional hi-fi-system with 14 loudspeakers. The optional Professional navigation system enables high-resolution map graphics – complete with 3D view – on the 8.8-inch iDrive monitor. 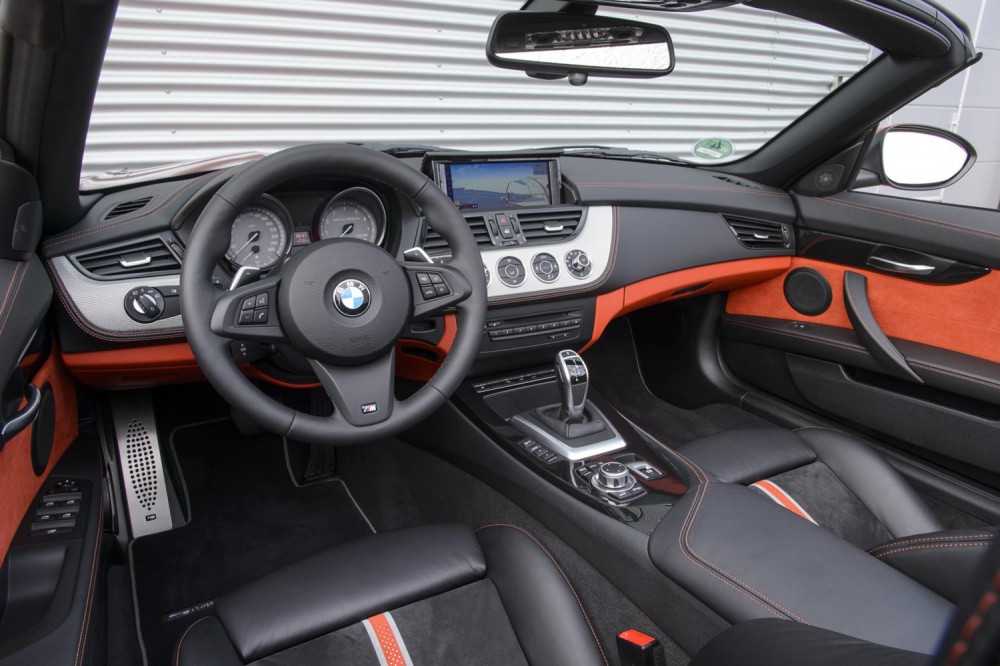 Girlie
You can also add a rain sensor, Adaptive Headlights and High Beam Assistant. Cruise control with braking function and Park Distance Control with sensors at the front and rear of the car are also available. Apple iPhone owners can use BMW apps, for example, to receive web radio stations, display Facebook and Twitter posts on the monitor and ask for them to be read out. It doesn’t bear thinking about just how much this will all cost.

The Z4 is a lovely sports car and looks terrific, particularly if you remember BMW’s first effort in this sector, the girlie Z3. You can’t knock the driveability or quality. The engine choices are fantastic, and whichever one you choose, the experience will be top class. But think about the Porsche Boxster and it’s game over. 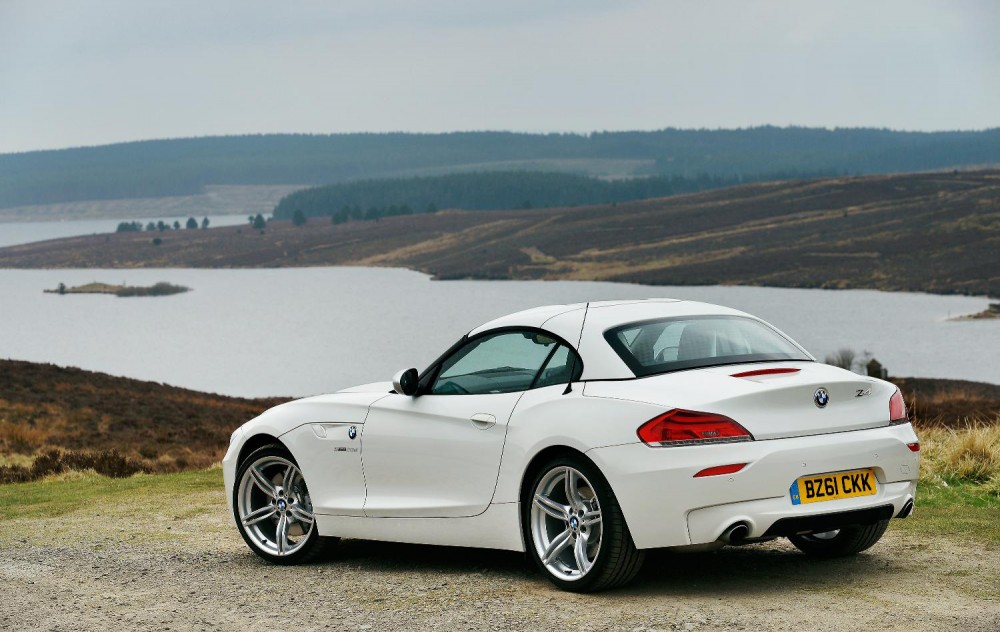