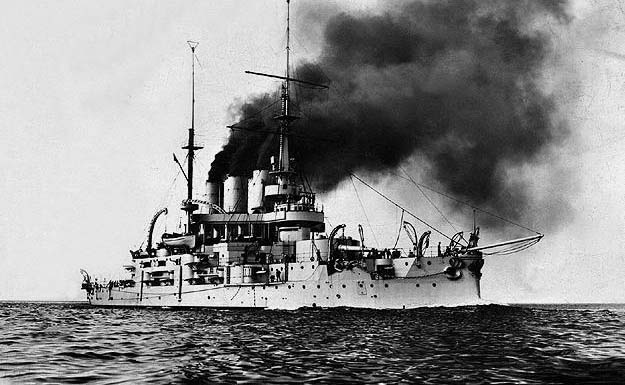 “The big issue for manufacturers is this uncertainty”

The West European car industry at the moment is a bit like the proverbial Potemkin village. On the outside everything is looking shiny and better, the sales slump has ended, the ravaged European economy is perking up, and sunlit uplands beckon.

But if you peer behind the scenes, as Russian Empress Catherine II didn’t do when being fooled by minister Grigory Potemkin, you’ll find that the recovery is on very shaky ground. Sales are stabilising and recovering, sure, but only because the manufacturers are almost buying new customers, lavishing them with discounts and price cuts, and forcing dealers to buy unsold vehicles. Anything to keep the production lines rolling. Huge, unsustainable losses are being generated by the non-German mass car makers

Manufacturers like Peugeot-Citroen and Renault of France, GM Europe’s Opel-Vauxhall, Ford Europe and Fiat of Italy are all on this financial treadmill. Even market leader Volkswagen of Germany has been forced to discount. In the first five months of 2013, average discounts have reached well over $3,000 per car, with Opel and Peugeot-Citroen’s said to reach well over $4,000. Ford and Renault were giving back close to $2,500, according to press reports.

Earlier this week German luxury car maker Mercedes talked about how things were looking up.

“Falling demand for cars seems to have bottomed out in western Europe. A gradual improvement of the market situation is to be anticipated in the second half,” Mercedes parent Daimler said in a statement after the company reported second quarter earnings.

End of slump?
In the first half of this year, car sales fell 6.6 per cent, with the decline slowing to 6.2 per cent in June, according to the European Car Manufacturers Association. This was interpreted by many as signalling the end of the six-year sales slump which took the market down to a 17-year low. LMC Automotive said the June data suggested the bottom may have been reached in Western Europe.

“All these incentives and self-registrations (buying by dealers) are artificially inflating sales. Unless we see some rollback in incentives we will not see the actual level of demand. The reversal in consumer confidence so far seems weak, if we want to see what it really is we have to take out artificial effects,” Valsan said.

“I don’t think we will see a positive sustainable upturn until 2015,” Valsan said.

What next
Emmanuel Bulle, analyst with Fitch Ratings, said West European car manufacturers are finding it difficult to figure exactly what is going to happen next, but their addiction to incentives will be hard to shake off.

“Manufacturers want to move the metal and protect market share and sell what they produce to at least cover fix costs. Once customers get used to being offered 10, 15, 20 per cent discounts, it’s a process that will be difficult to reverse,” Bulle said from his office in Barcelona, Spain.

“Peugeot-Citroen is in bad shape and a lot of people know they are in difficulty and are taking advantage by saying ‘give me a good price if you want to sell’. And Peugeot wants to be there next year. It is easier for manufacturers that are in good shape with a good product and long waiting list to say no, but the weaker you are, the more difficult it is to say no to a discount,” Bulle said.

At the moment, because of economic uncertainty in Europe, manufacturers are facing confusing conditions.

“When you know the market is collapsing you can take some decisions and protect margins by laying off workers or using temporary workers and discounting more, but at this stage, they don’t really know what is going to happen next. The big issue for manufacturers is this uncertainty,” Bulle said.

This week it looked as though some of this uncertainty might be disappearing, with headlines like “Evidence Mounts of Euro-Zone Upturn” in the Wall Street Journal Europe. But closer examination revealed much less hope because even though business activity in the euro-zone inner core nations had expanded for the first time in 18 months led by a rebound in Germany, experts said the region looks set for feeble growth which wouldn’t make a dent in unemployment or resolve the debt crisis. A negative report from China also bodes ill for big German exporters there like BMW, Volkswagen-Audi and Mercedes.

Dire alternative
Professor Ferdinand Dudenhoeffer of the Center for Automotive Research (CAR) at the University of Duisberg-Essen in Germany sees no end to discounting because the alternative is even more dire, while Peugeot-Citroen, despite its chronic financial circumstances, will not be allowed to die by the French government.

“Discounting will continue because there is no alternative for the car manufacturers. They are running factories at 55 or 60 per cent of capacity and that means heavy losses, but that’s preferable to much bigger losses if you don’t produce. If one tries to step out (of discounting) for a while, they will lose sales and be back in next month,” Dudenhoeffer said.

Won’t these companies finally run out of money if they continue to shovel it at buyers?

“Peugeot-Citroen has the biggest problem, but the French government can’t afford to let that company run into bankruptcy. Even Fiat will survive, thanks to the (Sergio) Marchionne (CEO of Fiat-Chrysler) miracle. Five years ago everyone said there was no future for Fiat. Then Marchionne bought Chrysler and now Chrysler helps Fiat to survive. At the moment Fiat is in a far better position than Peugeot-Citroen,” Dudenhoeffer said.

(GM has a seven per cent stake in Peugeot-Citroen)

Dacia miracle
The only mass car manufacturer in Europe doing reasonably well is Renault, according to Dudenhoeffer, thanks to its cheap and cheerful emerging markets subsidiary Dacia, which produces stripped down versions of old Renaults in factories in Romania and the third world.

“Dacia is making money and gaining volume in a terrible market. That’s the second miracle. Even VW is having to get into incentive action,” he said.

As for the longer term, Ernst & Young’s Valsan wonders if the glory days will ever return to Europe as tastes change, and young people are excluded from the market.

“I think we will see a car market going back up slightly, but we aren’t going to see sustained big growth in Europe,” Valsan said.

He pointed out that Europe was already saturated with vehicles, while new transport alternatives were emerging which meant owning a car wasn’t a priority. High youth unemployment – in southern Europe unemployment among the 18-24 age group was often 50 per cent – meant that new car buyers would mainly be older customers seeking replacements, which because of big improvements in reliability were being put off more and more.

“The young population will be looking at more economical means of transport where cars are not a priority; public transport, and car sharing schemes,” Valsan said.

That reflects the results of many surveys seeking to measure the young’s new negative disposition towards cars. Surely this is more a gritty realisation of reality. There’s no point in getting excited about your own transport if you can see no possibility of affording your own wheels. But just wait until the European economy does turn around, and see how many young men still prefer to take their date out on a bus, or jump into some shabby car share.