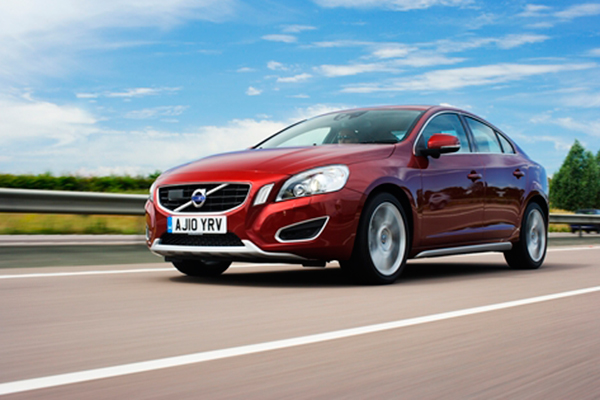 “to assume, makes an ass out of you and me”
“Does this thing get set off by low flying birds or something?”

For the Volvo S60 to have any chance at all of success, it must face down the leader in its sector, the BMW 3-series, and present a compelling case to forsake this obvious choice. It’s not enough to look a bit better than a 3-series, which it does, or to drive almost as well.

Cleverly using its heritage value of safety, Volvo has come up with a couple of great ideas to promote the desirability of the S60 over the BMW 3-series and its ilk. There is the blind-spot warning system and slow-speed collision avoidance. A warning light set close to where the front mirror joins the bodywork on the driver’s side flashes when a car moves to overtake; very useful. Unfortunately, the light occasionally flashed on when there was nothing there, or when nothing could be there, for example on a roundabout. Does this thing get set off by low flying birds or something? 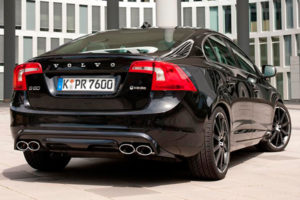 The slow-speed shunt avoider is also a great idea, and I speak as one who has recently made the dumb error of sitting behind a geriatric driver at a roundabout and succumbing to lack of concentration. It was all clear to go. I assumed the car in front would of course have moved off, after all it is completely clear. I look right. It is all clear to go. But the frightened numbskull in front hasn’t decided to move yet, even though it is perfectly safe to do so, and I smack into his rear. The fact that the vehicle I chose to crunch into was some kind of minibus ambulance, which had a protruding, metal stairway hanging off the back, just served to make the lesson all the more painful and expensive, and reminded me of the aphorism that to assume, makes an ass out of you and me.

So the Volvo gizmo would have saved me from that embarrassment, and once or twice it flashed to warn me. I’ve tested these things before, and I know that if you don’t heed the warning, the brakes will be applied automatically. 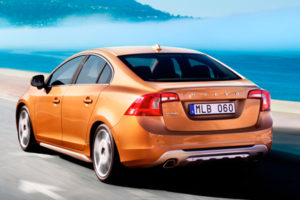 Another great idea, but this one also had its drawbacks. I was driving at about 40 mph when a car in front turned left, well in front of me, and another car was sitting in the road in the opposite direction waiting for me to pass so he could join the car which had just turned left. For some reason, the alert went off, for no good reason that I could discern, although it certainly grabbed my attention to avoid an accident that wasn’t about to happen. It didn’t apply the brakes though. Better safe than sorry you might say? I’m not so sure. The system also detects pedestrians who might stumble into the road.

The S60 is certainly a great looking car. The interior is swish, user friendly, very attractive and comfortable. Unfortunately, it has a system to work the radio and SatNav which I found opaque and impossible to figure out. Did I look at the handbook? Nope. Controls for everyday devices in cars should be intuitive to use, above all. I managed to turn the radio on and tune it in by twisting or pushing something. The SatNav was also an untameable beast, which finally gave up its secrets on how to insert a post code. When the automatic gear selector was in park, it obscured the bottom line of options on the centre stack.

The two-litre, 161 hp five cylinder diesel engine sounds a bit gruff when you start it up, and under acceleration, but it was very powerful and smooth. Performance was more than adequate. It managed about 34.5 mpg, compared with Volvo’s claim of 47.9 mpg. Sadly, that exaggeration of about 28 per cent is par for the course.

The S60 range offers a choice of a high-performance 3.0-litre T6 petrol engine with 301 hp, a 2.4-litre 203 hp D5 diesel twin-turbo and the 2.0-litre 161 hp D3 powerplant which I drove. There will be a version powered by a 1.6-litre diesel engine with CO2 emissions of approximately 115g/km and claimed fuel economy of up to an average 65.7mpg. This will join the range later in 2011. Expect the later to achieve about 45 mpg then.

Distinctive
Volvo said its designers have used LED (Light Emitting Diode) technology to create distinctive, signature lights at the front and rear that make the car clearly identifiable as an S60, even in the dark. The high-performance twin turbo D5 accelerates from 0-62mph in 7.8 seconds (manual and automatic) and top speed is 146mph (manual) and 143mph (automatic).

The newly-developed 2.0-litre 161 hp D3 engine accelerates from 0-62mph in 9.2 seconds (manual and automatic) and top speed is 137mph (manual) and 134 mph (automatic). This five-cylinder engine is, in principle, the same engine as the present 2.4D, but cylinder capacity has been reduced with a shorter stroke to optimise fuel consumption. Both turbodiesels are available with six-speed manual gearboxes as standard or an optional six-speed automatic transmission.

The first-generation Volvo S60 was launched in 2000. It soon became Volvo Cars’ most popular model, enjoying worldwide acclaim and peak sales of 110,000 cars in 2002. The initial annual global target for the all-new Volvo S60 is 90,000 cars and the car’s customer base is spread unusually uniformly throughout the world. Europe, including Russia, North America, and the rest of the world will each account for about one-third of total sales. The five largest single markets will be the UK, USA, China, Russia and Sweden. The car is built at the Volvo Cars factory in Ghent, Belgium. 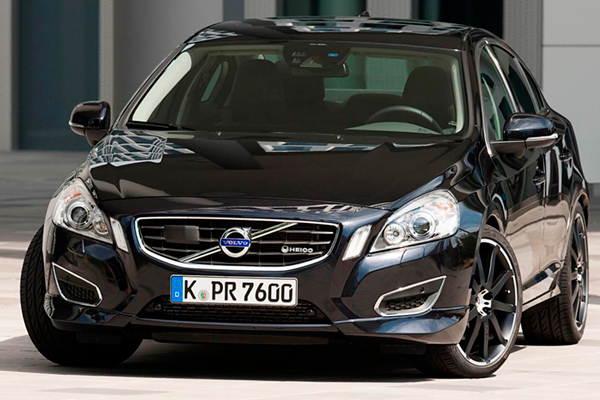 £5,000 cheaper
The S60 is fine car, but unfortunately it operates in a sector where “fine” is not good enough, with Audi, Mercedes, Lexus and BMW. For the S60 to make itself heard it needs to talk lower prices. The S60 D3 SE Premium might make the punters sit up and take notice if it was about £5,000 cheaper. 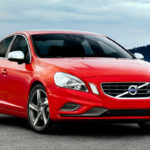 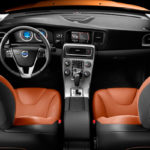 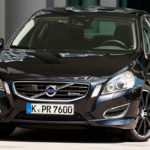 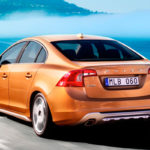 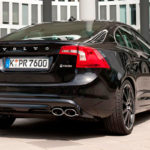 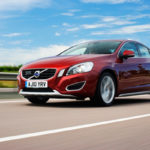 Renault Plan Said To Be Less Ambitious Than Commitment 2009
Volt Versus Leaf; No-Contest, But Time Will Tell