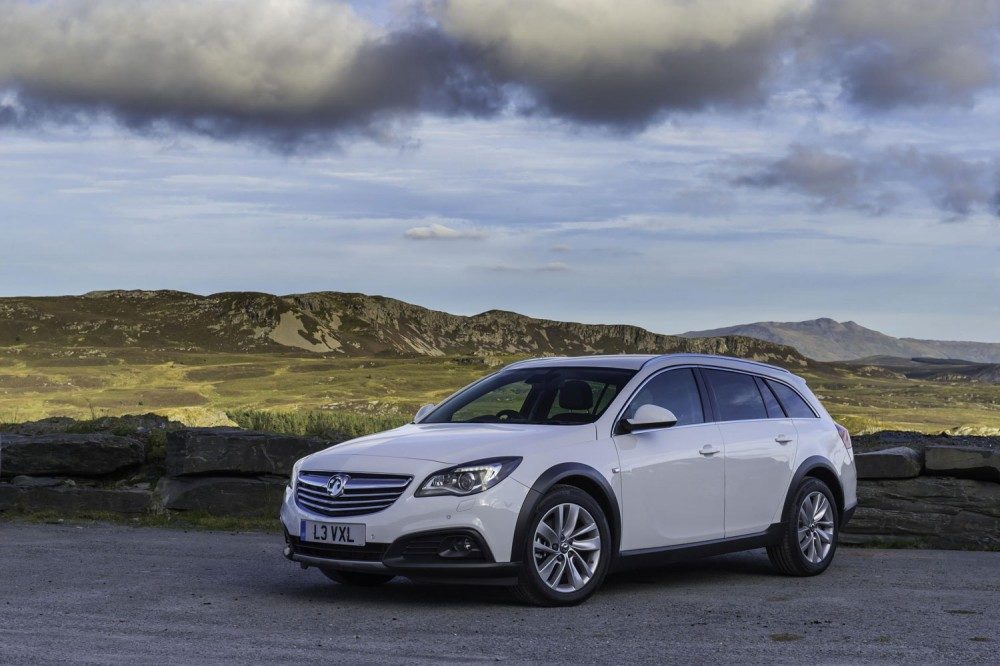 “….luxurious motoring, fantastic performance and handling, all the connectivity anyone could use, with the best possible chance in case I crashed. What more could you ask for?”

FRANKFURT, Germany – Vauxhall/Opel has refreshed the big Insignia, making it look lower and wider, adding new engines and connectivity, sprucing up the interior and claiming price cuts of nearly £2,000.

At the Frankfurt Car Show, Vauxhall-Opel, alone among the almost bankrupt European mass car makers, pulled out all the stops. There were new refreshed models, new engines and the Monza concept, showing a snappy new design direction for the company, which, by normal definitions, should have been declared bankrupt years ago.

Apart from the improvements to the Insignia, the company added the Country Tourer to the range, an estate version with a beefed up body and four wheel drive which looks as though it might be an SUV, or an Audi All-Road if you don’t look too closely. Oh yes. There’s a new top of the range VXR with a 321 hp engine capable of 170 mph. I don’t know why, and didn’t ask. 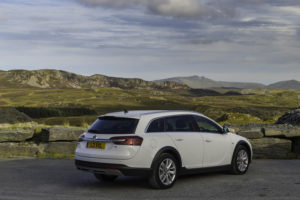 The new Insignia is available as a five-door Hatch, four-door Saloon and Sports Tourer estate. Prices start at £16,279, nearly £2,000 less than entry into the outgoing line-up, according to Vauxhall. All models have a long list of standard equipment, which includes digital radio, Bluetooth, cruise control, driver’s seat electric four-way lumber and height adjustment, electronic stability control, electric parking brake, electronic climate control, and automatic lights. The cheaper models only have electrically operated front windows, some executive car! Vauxhall says it now beats everybody else financially if you’re a company car driver, but we know most of these figures are fantasy, so I won’t bother you with them.

The Insignia’s range has been simplified, believe it or not. There are now a mere eight trims, down from 14, ranging from Design to Elite. The non-transferable guarantee expires at 100,000 miles, although Vauxhall insists on calling this a “lifetime” warranty..

The biggest change existing Insignia customers will see when they sit in the new car is a completely re-designed centre console and instrument cluster. The centre console has been simplified and now has fewer buttons for more intuitive operation of common functions, such as air conditioning and infotainment, while the instrument cluster has new dials and a fresh, high-tech look. 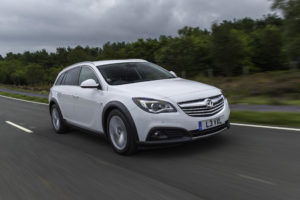 Just like upmarket German saloons the car has a computerised suspension system so you can choose between three driving modes: “standard” for driving comfort, “tour” for an even softer, more comfortable drive, and Sport for a more direct, sporty driving experience. There’s a button which won’t move much after being placed in “tour”. You can also choose from a bunch of safety features including Adaptive Forward Lighting, Adaptive Cruise Control, a speed limiter function allows the driver to select a maximum vehicle speed, and Lane Departure Warning. Advanced Park Assist helps the driver detect a suitable parking slot, calculates the optimal parking path, and guides the driver with steering input displays in the centre stack screen and audible warnings.

With a top speed of 170mph and power output of 321 hp, the VXR SuperSport is the UK’s fastest car you can buy under £30,000. There’s an embarrassing claim for you to make at your next dinner party. The SuperSport is available as either a Hatch or Sports Tourer. With six-speed manual transmission and all-wheel-drive, the SuperSport reaches 60mph from zero in 5.9 seconds. 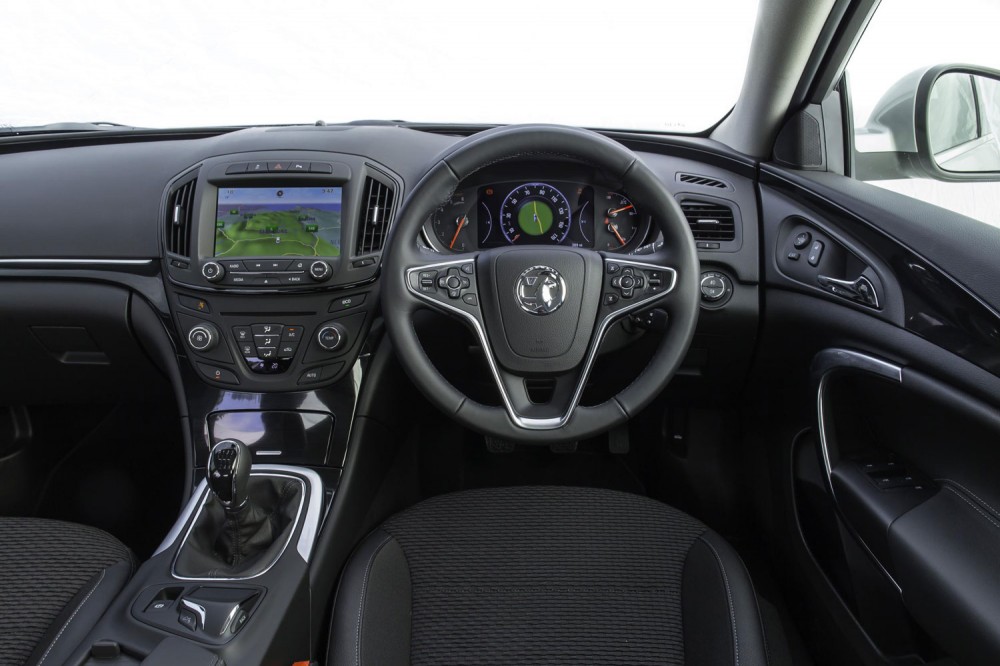 Good as a German
Without doubt, the Insignia range is very impressive and probably as good as any German contender for company car motorway champion. Prices do look keen too, but the company will clearly struggle to sell against the likes of BMW, Mercedes and Audi to individual buyers. I suppose these cars will inevitably sell in huge numbers to fleets, where they will contend with the likes of the Ford Mondeo, VW Passat, Peugeot 508 and Toyota Avensis.

If I was sales manager for Rinky Dink Inc and I was allotted a top of the range Insignia for my next 100,000 miles, after the initial disappointment about the badge, I could look forward to comfortable, no luxurious motoring, with fantastic performance and handling, all the connectivity anyone could use, and with the best possible chance in case I crashed. What more could you really ask for? 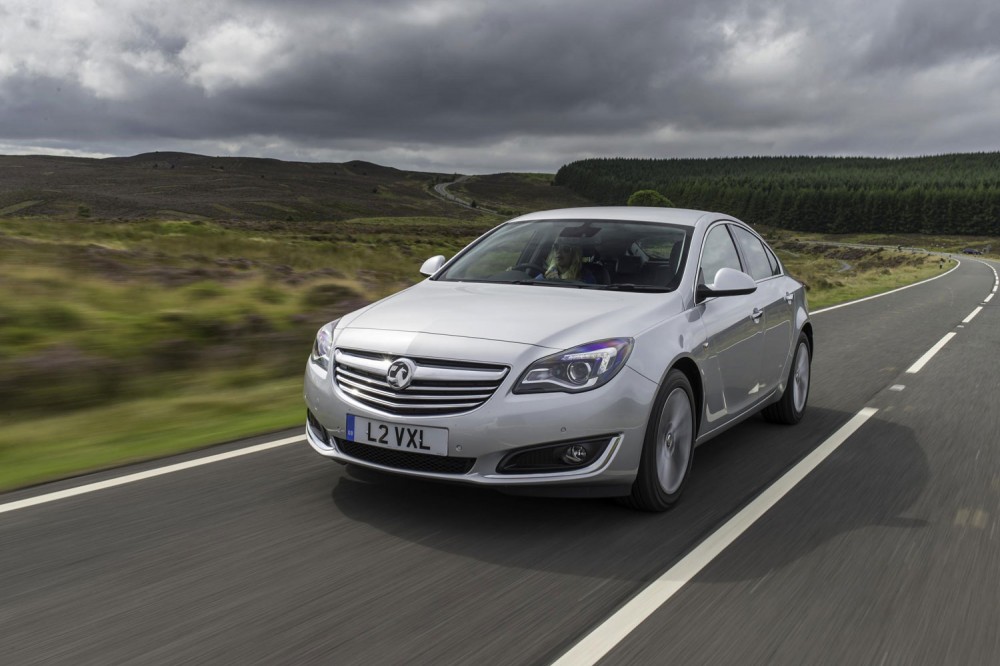