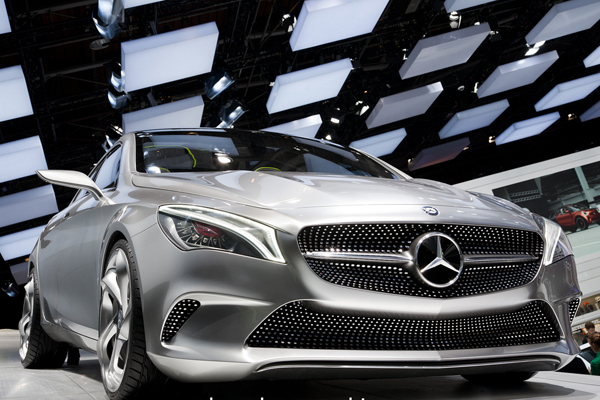 But German Political Muscle Will Make Sure It Wins The Argument.

“it would be bad for BMW and Mercedes because they do not have the balance in their portfolio. In addition, the U.K. will have some problems because there’s no chance of Jaguar Land Rover meeting that target”

But they are not home free yet.

One of the last acts of Merkel’s previous administration was to block an E.U. deal which would have forced Europe’s car manufacturers to accept new rules mandating an average fuel economy of close to 60 miles per U.S. gallon by 2020. That compares with a 2015 E.U. standard of around 43 mpg which the Germans are straining to achieve, and with American rules that demand “only” 54.5 mpg by 2025. Merkel wanted the 2020 deal to include so-called “supercredits”, which would allow sales of battery-only, hybrid or plug-hybrid cars to count for more than regular cars. This would enable BMW, Mercedes and VW’s Audi to continue selling high-profit margin gas-guzzlers and still meet the tough rules.

Merkel took a hard-sounding line in a speech at the Frankfurt Car Show just before her re-election, hinting she wouldn’t allow E.U. rules to undermine German viability.

“Europe must learn that we are not an isolated continent but that we must succeed in global competition. We need to look beyond our borders – push for open and free trade but at the same time not impose greater burdens on our industry than other continents do with their own industry,” Merkel said.

Unfortunately for Merkel, while her Conservative Christian Democratic Union increased its share of the vote in last weekend’s election, it wasn’t enough for an absolute majority. And its previous coalition partner, the pro-business, low-tax Free Democrats, failed to attract enough support. Merkel will likely need to do a deal with the socialist SPD to form a so-called Grand Coalition government. Failing that, the Green party might step forward. Either of these partners, experts believe, will back Merkel’s position in the E.U. negotiations, with the need to retain jobs and prosperity in Germany over-riding any radical thoughts about carbon dioxide emissions and climate change.

Harsh times
If Germany fails to get its way in talks with the E.U., which resume October 2, this could spell harsh times for luxury manufacturers like BMW and Mercedes. But a key card for the Germans to play in the talks would seem to be an ace. If it finds that it can’t get support for its position from member states, a subtle reminder about who owns the cheque book might do the trick. The ongoing financial crisis centering on Greece, and threatening Spain, Portugal, Italy and maybe even France, needs German financial help. This might bring dissenters into line.

Professor Ferdinand Dudenhoeffer of the Center for Automotive Research (CAR) in Germany’s University of Duisberg-Essen expects a Grand Coalition to be formed which supports a strong car industry, and reckons it will succeed in forcing the E.U. to accept the “supercredit” idea.

What if the E.U. throws this out?

“That would lead to an uncomfortable situation in the E.U. because they need Germany to balance Greece, Portugal and Spain’s finances. I can’t imagine there will be conflict because that would lead to greater problems for the financial crisis,” Dudenhoeffer said.

If for some reason though the supercredits were dumped, that would spell big financial problems for BMW, and Mercedes, but also for British based and Tata of India owned Jaguar Land Rover, which makes a range of luxury sports cars and big SUVs.

SEATs and Skodas
“For VW (Europe’s biggest automotive manufacturer) it’s not a big problem because it makes many small cars for its own brand as well as SEATs and Skodas, but it would be bad for BMW and Mercedes because they do not have the balance in their portfolio. In addition, the U.K. will have some problems because there’s no chance of Jaguar Land Rover meeting that target,” Dudenhoeffer said.

Professor Stefan Bratzel of the Center of Automotive Management in Bergisch Gladbach, agrees that failure to include the “supercredits” in any E.U deal will be bad for the Germans.

“It’s costing a lot of money to increase energy efficiency, which is good in my view and extremely relevant, but it will be very hard for BMW and Mercedes to reach the 2020 target because this means more electric and hybrid vehicles. This will be hard and cost a lot,” Bratzel said.

Bratzel believes that the European Commission, the executive arm of the E.U., will avoid confrontation, bearing in mind that Merkel wants to limits its powers anyway.

“I would say that the German government will have enough negotiating power to insist on that and find a compromise. In the end, there will be the threat of losing jobs in Germany and that is a great threat that nobody wants to have,” Bratzel said.

Peter Fuss, a partner at the Ernst & Young consultancy’s Global Automotive Center in Frankfurt, Germany, said the potential members of the coalition like the SPD and the Greens have expressed concern about the “supercredits”. He reckons though that the SPD and even the Greens would listen to the argument that opposition would be interpreted politically as being against the German automotive industry.

But even if the “supercredits” were lost, Fuss believes the German industry would cope.

Wasn’t it time to call a halt to this relentless pressure for every greater fuel efficiency and huge cost to the manufacturers? After all, long-term supplies of oil and gas now appeared much more abundant than feared not least because of the new technique of fracking.

Fuss said he was happy with the relentless downward pressure on fuel efficiency from regulators like the E.U because the long-term target was zero emissions.

Greg Archer, from the Brussels-based Transport and Environment (T&E) green lobby group, sees a concession to the Germans over the supercredits issue as unnecessary and a danger to the overall aims of the legislation.

“Supercredits would totally undermine the 2020 target and result in it being met on paper but not on the road,” Archer said.

The new rules also give BMW and Mercedes a little leeway in meeting the targets compared with the likes of Fiat of Italy, which makes small cars.

“This isn’t unfair to the Germans because it already takes account of the fact that they make larger cars with bigger emissions. Caving in to the short-term interests of luxury car brands will just add costs to motorists’ future fuel bills, send more E.U., money overseas to buy oil, and increase emissions,” Archer said.

Smaller consumer fuel bills
T&E says that one of the reasons it wants to force manufacturers to spend huge amounts of money cutting fuel use is that this would eventually make consumer fuel bills smaller. But given that European tax on gasoline is massive compared with the U.S. – in Britain government taxes add more than 70 per cent to the price at the pump – cutting this tax would surely be a quicker and simpler way to restore spending power to the public.

According to CAR’s Dudenhoeffer, the fact that Europeans are having a love affair with SUVs makes supercredits even more important.

“The industry is running heavily into SUVs and that means the fuel savings today will be lost tomorrow. The trend in SUVs is the biggest challenge to the carmakers. Customers want these cars but this is causing a conflict with government environmental regulations,” he said.

After the 2020 rules are cast in concrete, talks will start about even tougher ones for 2025, likely to be close to 80 miles per U.S. gallon.

“This would mean a much greater share of electric cars in 2025 and I’m not sure the industry is prepared for that,” said the Center of Automotive Management’s Bratzel.

“They don’t really know how to meet the 2020 standards and it’s not clear how that will work out, and then they have to think about 2025 and that’s one step too far,” Bratzel said.