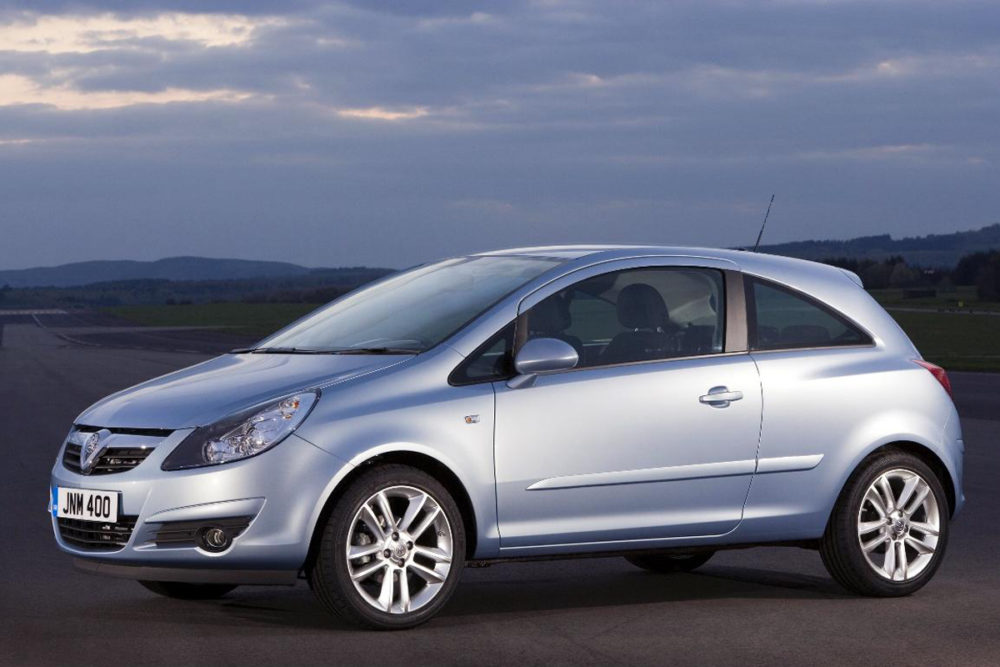 Vauxhall’s new little Corsa isn’t really all that new, inheriting much from the previous model which dated back more than 10 years. But with a range of new engines and gearboxes, new electrics, some trendy new infotainment stuff, and a new automatic gearbox option, it should provide decent value for money in a hugely competitive sector.

The completely new one will appear in 2018. 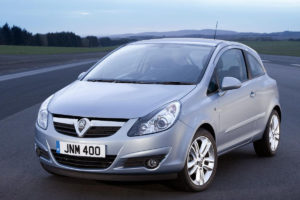 The Corsa’s body has been updated nicely, but it doesn’t really have much personality to make it stand out from the crowd. That’s the second time I’ve used the word “nice”, a word my English teacher told me never to use because it was really meaningless. I think it’s perfect in this context because the Corsa is a terrific little car which isn’t good enough to stand out from the crowd, but would make a good purchase, if the price is right. It’s more of a commodity than a car.

This car will appeal to those who want a no-nonsense, practical little car and who have sensibly removed any nonsense about branding from their calculations. If the price is right, they’ll buy it. Vauxhall has made a big effort to catch their attention, with talk of price cuts, and the inclusion of lots of technology which might appeal to the young.

Vauxhall is highlighting its new 1.0-litre, three-cylinder petrol engine, the first of a new family of small petrol three and four-cylinder units. The new engine gets the Corsa from zero to 62mph in 10.4 seconds in 113 hp guise with a top speed of 121mph. There’s an 89 hp version too. This new engine is mated to a new, six-speed manual gearbox. There are a range of other petrol and diesel engines and new gearboxes, including automatic ones. 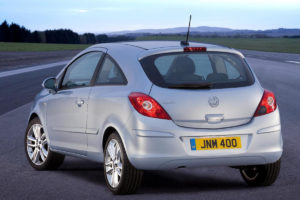 The new Corsa has IntelliLink, a communications system already seen in the smaller Adam city car. IntelliLink operates through a seven-inch colour touch screen, and can be controlled via apps such as BringGo for navigation, Stitcher and TuneIn for global radio channels and internet podcasts. The system is compatible with both Apple and Android ‘phones.

Safety systems
The new Corsa has what Vauxhall calls “advanced assistance systems” to help the driver in a variety of ways. At the touch of a button, the standard City mode increases power assistance at lower speeds, which is useful when maneuvering in congested urban areas. Hill Start Assist also comes as standard. It maintains the brake function for about two seconds after the driver has taken his foot off the brake pedal. You can opt for bi-xenon headlamps with cornering lights and LED daytime running lights, just like a luxury car. Advanced Park Assist identifies suitable parking spaces and automatically parks the vehicle, without the driver touching the wheel. A speed limiter function also allows the driver to select a maximum vehicle speed above 18mph at the touch of a steering wheel control button. Extras such as the optional rear view camera can also be integrated, while safety is further increased thanks to new systems – Traffic Sign Recognition, Lane Departure Warning, High Beam Assist, Following Distance Indication and Forward Collision Warning.

Prices
Prices start at £8,995 on-the-road, for the Sting 1.2 litre petrol three-door and range up to £16,250. There’s a bewildering, not to say, confusingly huge array of options and choices. There are nine trim levels: Life, Sting and Sting R, Design, SRi, Excite, SE, SRi VX Line and Limited Edition. Vauxhall says this is much simpler than the previous model!

Vauxhall said Corsa prices have been reduced by up to £3,000 versus the outgoing model, despite what it calls a huge leap in quality and equipment. You’d need to be a rocket scientist to figure out if this is true or not. 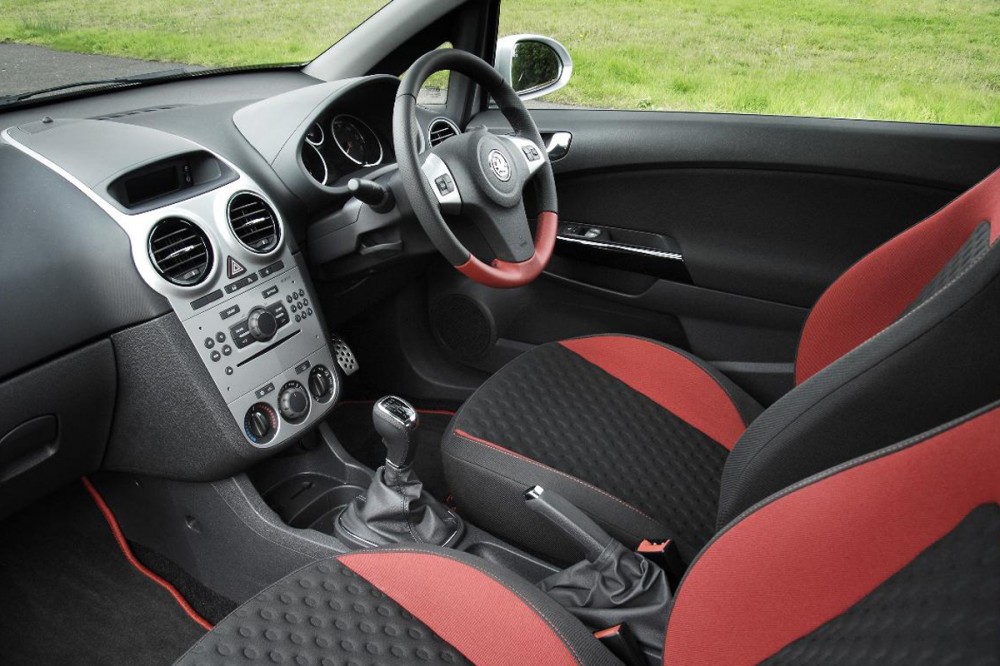 Vauxhall said improved residual values are predicted to rise by in excess of £1,000 over three years/60,000 miles.

“And if that wasn’t enough, customers can save close to £3,000 versus the outgoing model,” Tozer said.

Vauxhall, like its mass market competitors, has a hard time differentiating itself from the crowd, not least because all the competitors do more or less a decent job of making a nice little car that won’t ever let you down. So why should you buy this Vauxhall Corsa? If the dealer down the road is Vauxhall, you can’t really go wrong. If not, if it’s the cheapest car on offer, go for it. 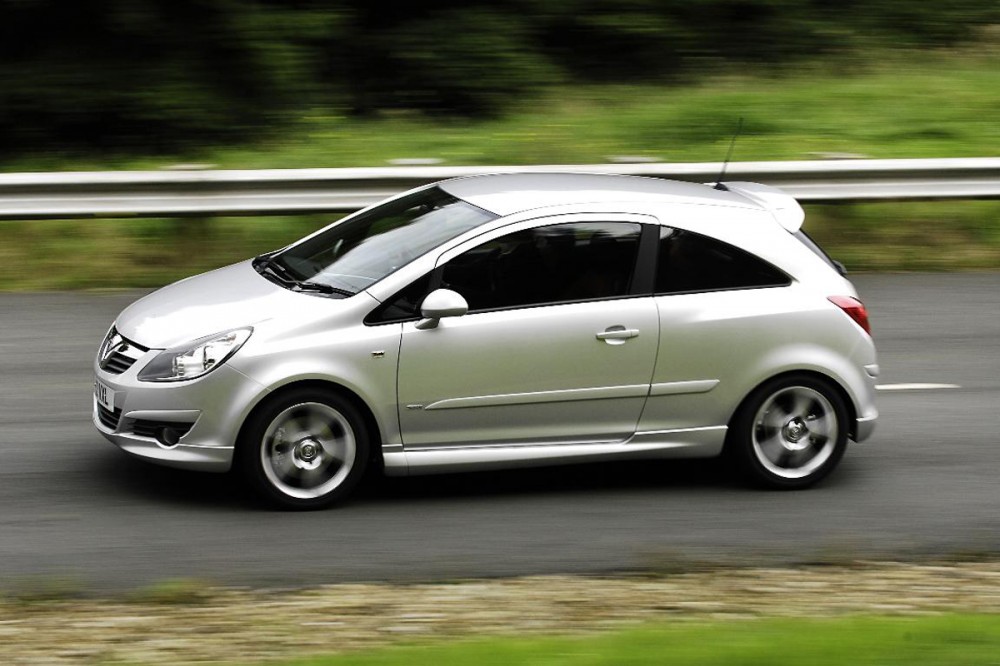 (Vauxhall provided one night in a hotel)