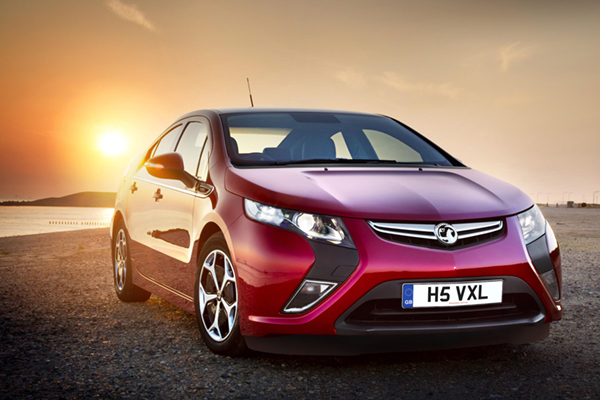 “Maybe we should revert to the traditional meaning of “green” as immature, lacking experience, stupid”
***** out of 5

Blows Away Battery-Only Pretenders
Hugely Expensive, Even After Official Handouts

For – impressive high-tech green formula which works
Against – pricey

I was tempted to use the phrase “I’ve seen the future and it works” after driving the Vauxhall Ampera for a week. But I’ve since found out that the originator of those words, a New York reporter called Lincoln Steffens, was talking about the Soviet Union in 1919, so that wouldn’t convey the impression I’m seeking.

If you consider battery-only cars like the Nissan Leaf with their limited range and guaranteed range-anxiety, the Ampera (and its GM twin the Chevrolet Volt) wins hands down.

Vauxhall claims a battery-only range of up to 40 miles, but before you scoff, when the battery runs out, the car activates its piece de resistance, the 1.4 litre petrol engine which unobtrusively generates electricity to feed the battery and carry on driving the electric motor. That means you can go another 250 miles or so before filling up with petrol again. As far as range is concerned, it is just like any other standard car. Performance under either mode is identical.

In theory, someone with an average commute to work of say 50 miles round trip, could use an Ampera and never buy any petrol at all. My wife Kathy has a commute like this into Brighton on the south coast. 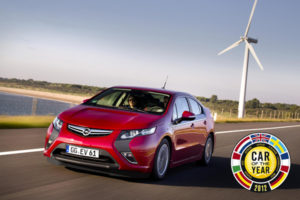 Brighton Council has been eager to brandish its “green” credentials by, among other things, installing a limited number of parking spaces in the centre of town reserved for electric cars which provide free power as well. I thought I’d arrange for Kathy to test the car and the parking/recharging facilities on her daily commute. That went nowhere. Being an out of touch local authority thoughtlessly spending other people’s money, it has made it more difficult to use an electric car than a normal one. If you want to park a conventional CO2 spewing car, all you have to do is drive the thing into a car park, I’d assumed parking an electric car would be just as convenient. Wrong. Firstly, Brighton Council said spaces were only available for three hours max. Given that it takes three times as long to recharge the battery, that is designed to actually stop electric car use. Why should workers with electric cars have to move their car twice during the day? 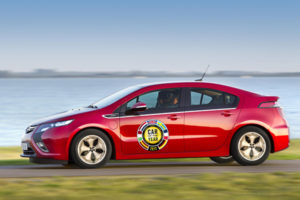 I know parking charges in Brighton are extortionate if not obscene, but surely nobody is going to such lengths to get free parking they aren’t entitled to. Brighton’s Evening Argus ran a story some months ago about the pathetically low use of these parking bays.

“An electric car charging point outside council offices has been used for just five minutes in seven months. Critics called the points, which cost up to £18,000 each to install, a “green vanity project”.

Hardly surprising when you consider the difficulties designed in by the council. What is so hard to understand about making easy, things you want to encourage the public to do? Maybe we should revert to the old meaning of “green” as immature, superficial, lacking experience, stupid.

In fact the Ampera proved itself to be a very impressive car during my week behind the wheel. Many of my journeys were just about within electric range. A couple of longer ones meant that my average fuel consumption was 122 mpg for the week.

Drives conventionally
On the road, the Ampera drives more-or-less like a conventional car, although much quieter when only the battery is providing the power.  When the engine kicks in there’s a bit more noise, but not much. The power delivery is impressive, with instant pickup coming as soon as you put your foot on the accelerator. The electric drive unit provides acceleration of 0-60mph in 9.0 seconds; and a top speed of 99mph. The handling felt a bit floaty.

In the UK, the Ampera qualifies for the government’s Plug-In Car Grant worth up to £5,000, and it is exempt from the daily congestion charge in London, saving owners up to a further £2,000 per year. That surely is a political outrage which won’t last when serious budget cuts kick in. Where’s is the justification for subsidising rich car buyers, who, if they want to be green, will surely pay up the full amount anyway? 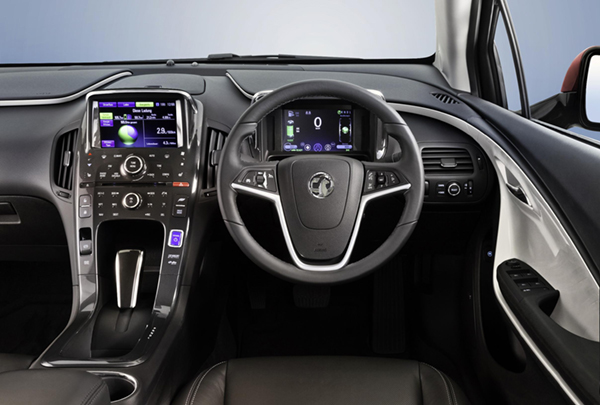 Inside, the dash board and central instrument clusters look suitably futuristic and trendy. As you turn the battery on, high-tech space ship noises are generated. If you want to conserve electric-only power for a trip into a big city, you can select a mode which uses the petrol engine and bypasses the battery.

The Ampera’s lithium-ion battery pack has a storage capacity of 16 kWh. Using a conventional 240V power outlet, owners can recharge the battery in six hours, says Vauxhall. But when I plugged the Ampera into my house the indicated recharge time was 11 hours. The lead for the connection needs to be a bit longer. And I wonder how many people will drive off in the morning, forget to unplug it, and rip the innards out. It may be that Vauxhall has designed this to be fail-safe, but I didn’t test that.

Variations on the theme
Other variations on the electric theme include the soon-to-be launched Toyota Prius plug-in hybrid. The Prius plug-in also has a relatively short battery-only range, but then uses a petrol engine to power the car, with a bit of help from electricity generated on the move. 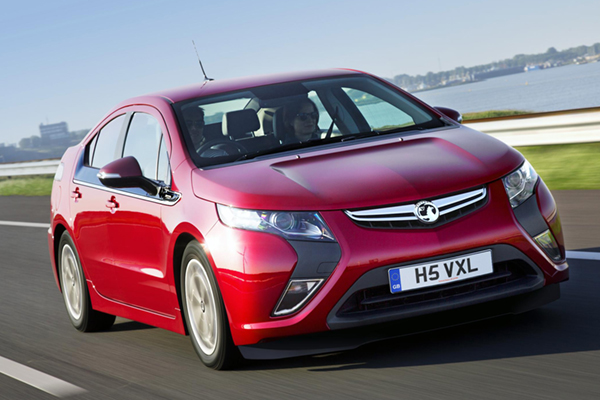 The Ampera is a very impressive first attempt at using electric power, but won’t be a runaway success until prices come down. A recent report from consultants McKinsey said battery prices will fall sharply between now and 2025, cutting the cost of the Ampera’s battery from about £5,000 to about £1,500. That will make a difference, but it is years away. 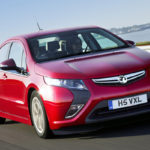 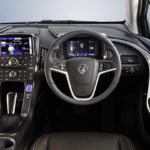 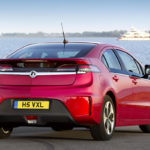 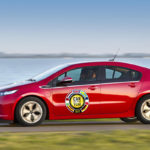 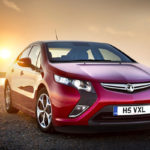 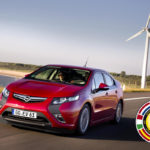