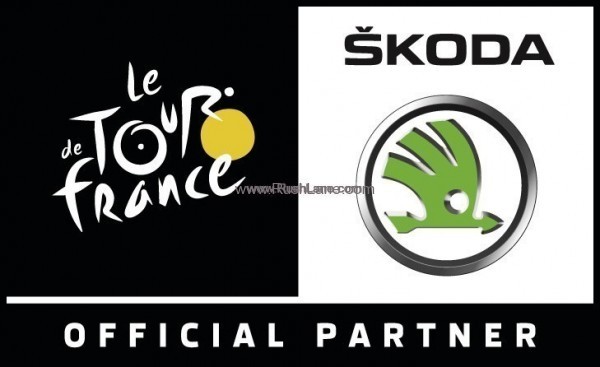 “With its vigor and its wide audience appeal, this sport is a perfect match for the ŠKODA brand”

“Why can’t Skoda lead the way and insist that it will withdraw participation and funding until the Tour de France cleans up its act?”

It’s that time of year again. The Tour de France is off and running, and VW’s Czech subsidiary Skoda is bragging about giving money to this drug-tainted event.

If history is any guide, not long after the Tour ends, we’ll get a story about how drugs were involved. The drug users will have their prizes taken away. Sponsors like Skoda won’t be sending out any press releases about this, but year after year it returns shamelessly to the Tour de France

But wait, this year, there’s no excuse, for the media has been full of reports in the runup to the event that seven time winner Lance Armstrong of the U.S. is being investigated by the American authorities. Armstrong vigorously denies the charges that he used performance enhancing drugs. Don’t forget that Alberto Contador and Floyd Landis were stripped of their 2010 and 2006 wins. And still big companies like Skoda lineup to associate themselves with this.

This is what Skoda said in a press release today.

Mladá Boleslav, July 2, 2012 – ŠKODA AUTO will again be the main sponsor and official vehicle partner of the Tour de France in 2012. The automobile manufacturer’s support of the 99th edition of the classic bike race will already mark the ninth time that ŠKODA will sponsor the Tour.

“In the next three weeks, the Tour de France will excite cycling fans from all over the world,” says Jürgen Stackmann, ŠKODA’s board member for Sales and Marketing.

“As the main sponsor, we share in this excitement for cycling. For ŠKODA – being the third-oldest vehicle brand of the world still in operation – began its success story with the manufacture of bicycles in the year 1895. And in 2012, an audience of billions will again see our brand and our models thanks to the Tour,” according to Stackmann.

Isn’t that incredible. Everyone knows about the Tour and drugs, but Skoda apparently doesn’t worry about it.

Skoda doesn’t say how much it will spend on this event, but it has

sent  about 110 vehicles to France to take part.

There’s no hint of irony in this quote from Skoda.

“With its vigor and its wide audience appeal, this sport is a perfect match for the ŠKODA brand,” according to Jürgen Stackmann.

Given that the annual Tour de France cycle race has been an illegal drugs driven event for time immemorial, isn’t it amazing that high profile brand names like Skoda are still willing to be prominently involved and tainted by such a corrupt sporting phenomenon? Every day for the next couple of weeks, Skoda cars will be seen alongside riders in this event which has never seriously tried to clean up its act beyond a bit of hand-wringing when some participants are discovered shooting up illegal stimulants.

Every year it is the same old story. “We’ve finally cleaned up our act,” say the Tour organizers, and yet as sure as night follows day, when the tests have been concluded conveniently weeks after the celebrations have long subsided, we find the drug taint has not been eliminated.

Why can’t Skoda lead the way and insist that it will withdraw participation and funding until the Tour de France cleans up its act? If it and other sponsors withdrew their money, that might be the final spur to clean up and throw out the cheats.