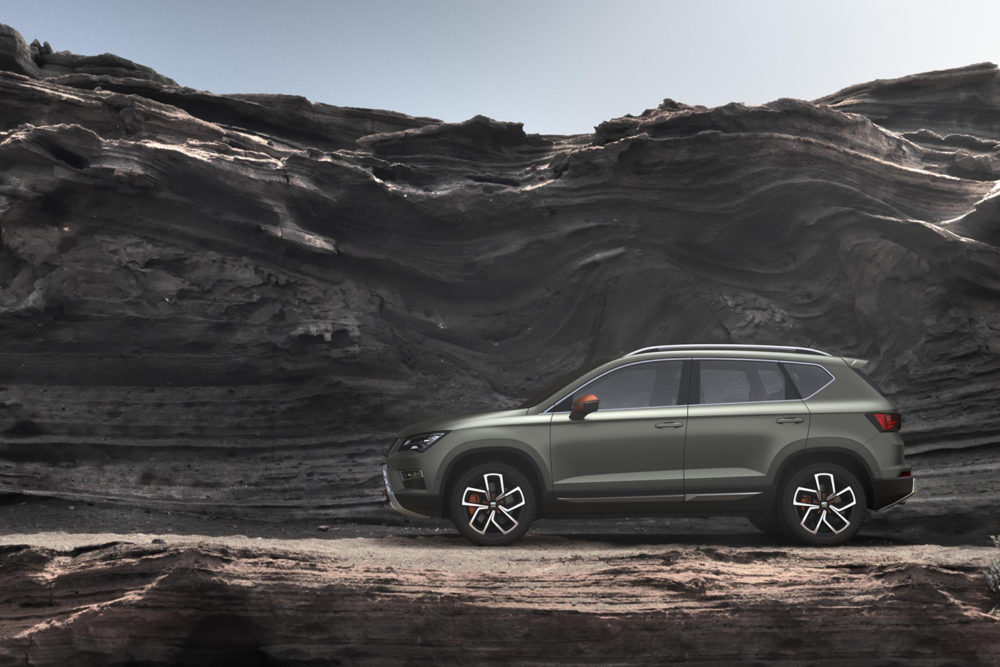 For – Stylish, high quality, high-tech, with class-winning residual values and low running costs
Against  – Can’t think of anything, unless you’re a brand victim
£27,425

Manchester – SEAT has finally entered the SUV market which is one of the fastest growing .

It is a little confusing; German Audi Q3s are made in the SEAT factory at Martorell Spain, yet the not dissimilar new SEAT Ateca is made in Ŝkoda’s Kvasiny plant in the Czech Republic. For that matter, the SEAT Mii is built in Slovakia and the Alhambra MPV is made in Portugal. That’s globalisation and it seems to work. I remember, 20 years ago, seeing Volkswagen Polo Estates on the same line as SEAT Cordoba Estates at SEAT’s Martorell plant. 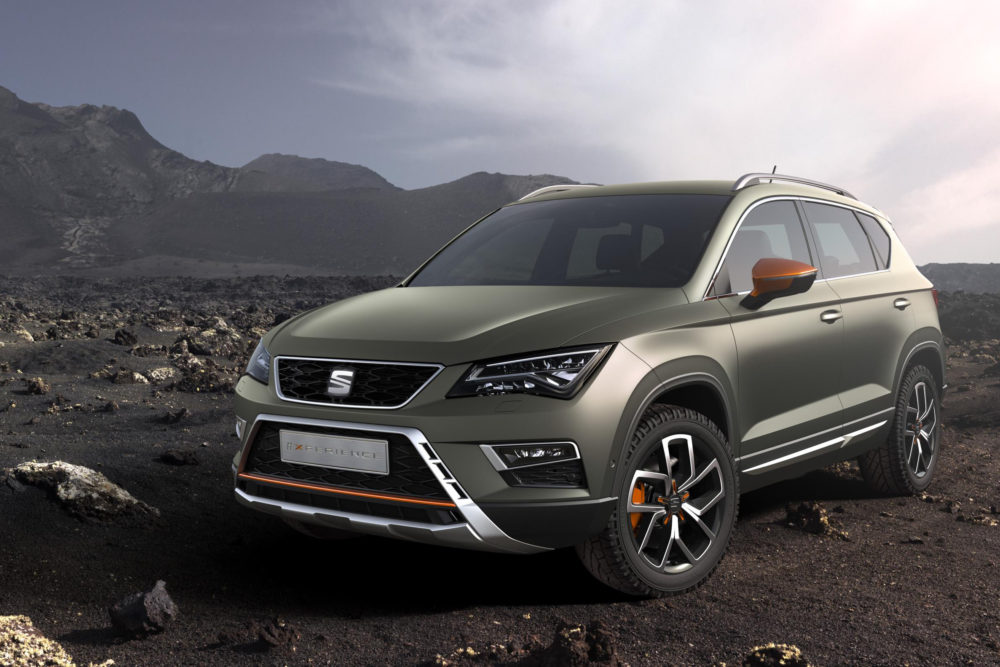 In line with SEAT policy the name Ateca comes from a place in Spain, a village west of Zaragoza.

I think it is true to say that SEAT does not actually compete with Volkswagen and while the Tiguan is directly comparable with the Ateca, it is unlikely that the two cars would be on the same shopping list. SEAT marketeers see the Ateca’s rivals as Renault Kadjar, Ford Kuga, Kia Sportage, Nissan Qashqai and Hyundai Tucson.

It is likely the Ateca’s customers will be younger and less conservative than Tiguan buyers although SEAT press information does state potential customers as ‘Wealthy Homesteads’ (50+), whoever they are and Modern Parents.

The Ateca, built on the Volkswagen Group MQB ‘A’ platform obviously shares its underpinnings with the new Tiguan although the two cars are set up very differently with the SEAT by far the ‘sharper’ of the two in both dynamics and looks. 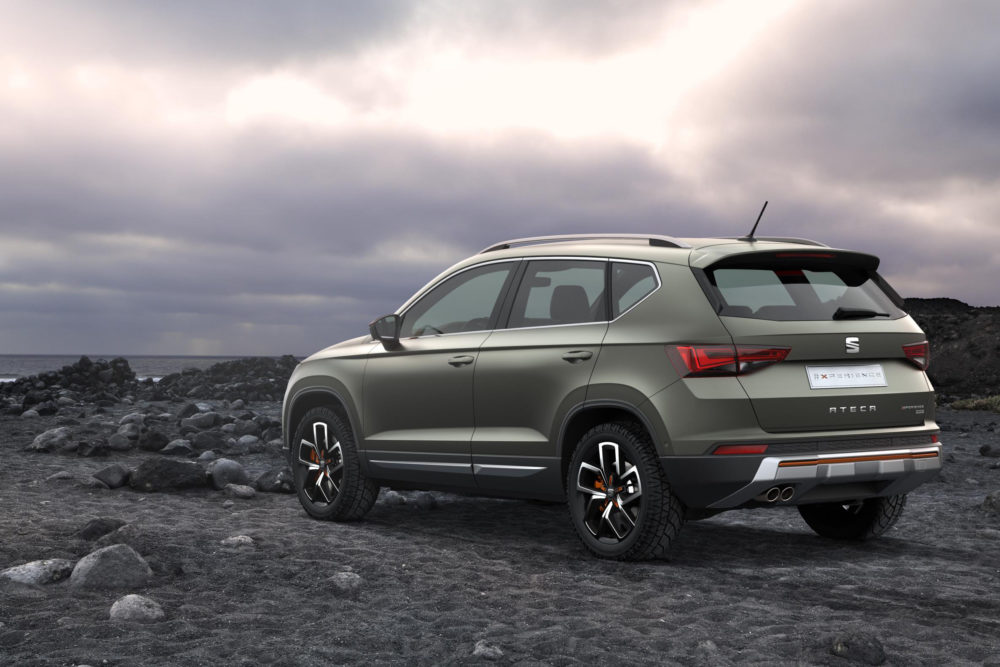 There are two versions that particularly stand out, one at the bottom of the range and one at the top. The 1.0-litre, 115 PS engine is fantastic, so much nicer than the 1.6-litre diesel with the same power. With a black cloud over diesel, the little petrol is a much better car and £2,290 cheaper which will not be compensated by the better diesel fuel consumption. The other star is the four-wheel drive 2.0 TDI, 190PS DSG which can easily take on premium cars like the Audi Q3 and Range Rover Evoque. 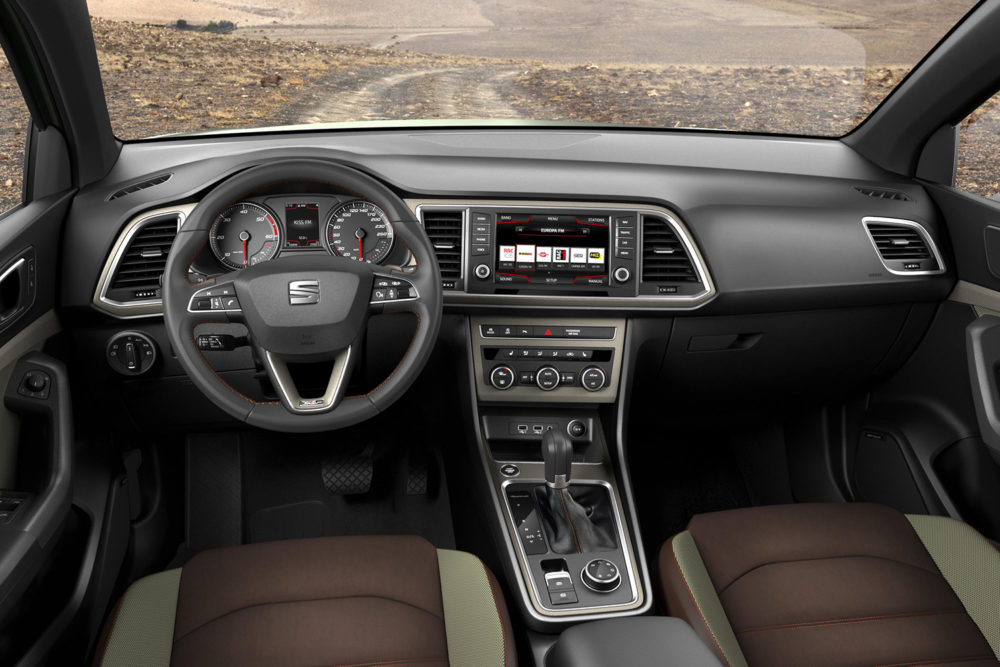 Back in the mid-1990s everyone was surprised when the SEAT Alhambra maintained its value better than the Volkswagen Sharan. Well, according to leading trade guide, CAP Monitor, SEAT has done it again. The guide shows the Ateca 1.6 TDI S will hold on to 45% of its value after 3 years, 60,000 miles against 40% for the new Tiguan equivalent. This means running costs for the Ateca of 26.29 pence per mile against 32.5 for the Tiguan.

The Ateca is the beginning of SEAT’s latest push for volume and profitability and thanks to Volkswagen Group committing €3.3 billion to SEAT R and D over the next three years, there will be another three new models by the end of next year including a smaller SUV.

It is a good job SEATs tend not to be on the shopping lists of Volkswagen buyers as the Ateca does everything the Tiguan does for much lower running coats and arguably looks better and offers a more rewarding driving experience. 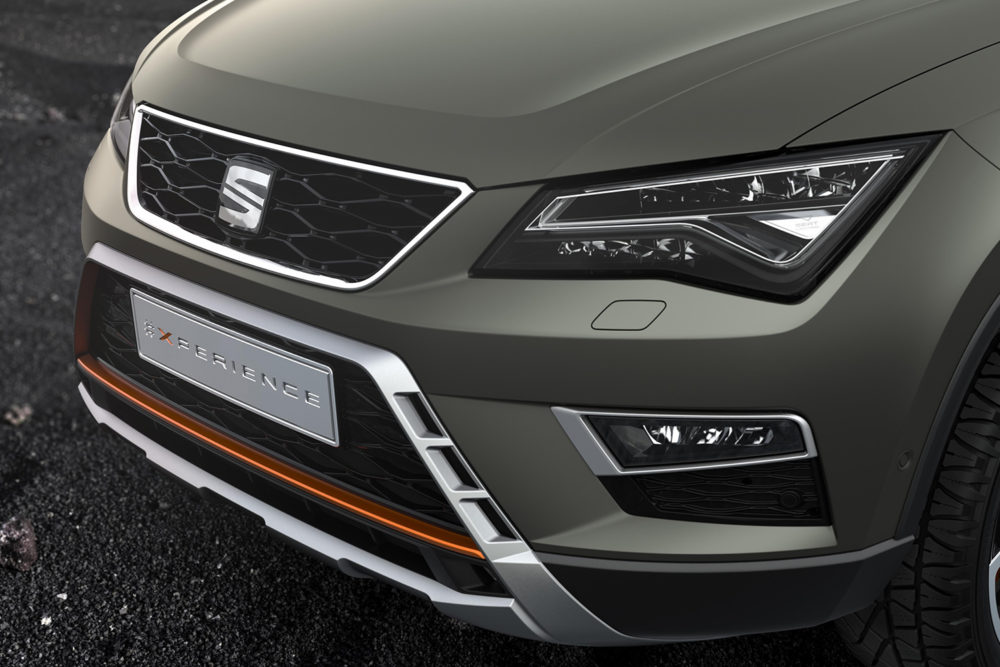