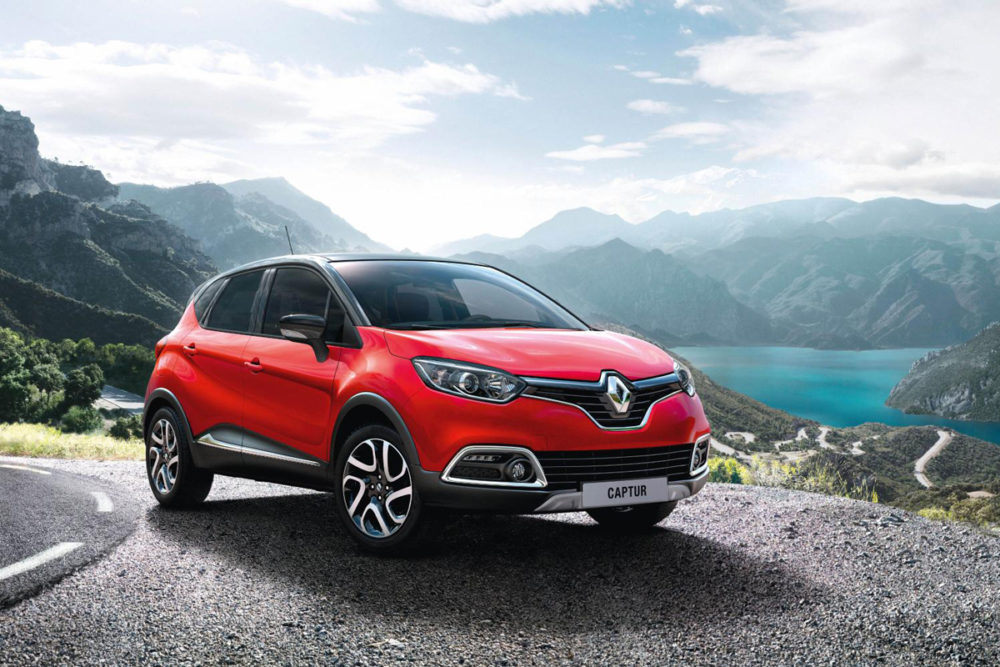 The Captur is doing the business for Renault because it provides exactly what the modern motorist wants; a smaller package with great utility and fuel economy, with SUV-like space and height to give better visibility and feeling of security. 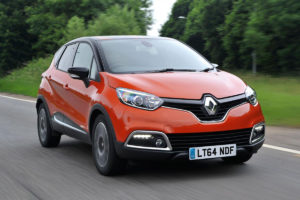 I’m not so sure about affordability; the version I drove with much added content cost an eye-watering £18,335. But it drove well, with a very nice manual gearbox thankfully with only 5 gears, and was terrific on the motorway. Fuel economy was amazingly good. I averaged 55.2 mpg without trying to save fuel, just driving in a reasonable manner and cruising down motorways at just over an indicated 80 mph. This of course couldn’t get close to the claimed combined fuel economy of 76.4 mpg. I know this is a number created by E.U. regulations (soon to be changed), but it must create ill-feeling amongst buyers when they find they can’t get close to silly claims like this. Less inflated claims would surely create more satisfied customers. Wants wrong with 55 mpg?

A more worrying incident occurred shortly after I’d taken delivery of the car. An ominous looking orange warning light came on. I’m used to silly distractions from malfunctioning minor technology and usually ignore them. But this seemed serious so I consulted the handbook.

“(if this light comes on) you should drive very carefully to an approved dealer as soon as possible. If you fail to follow this recommendation you risk damaging your vehicle,” the handbook said.

Amazing
Imagine my amazement when Renault said not to worry, it was just a way to make sure owners didn’t miss a required service. The clock said just under 5,600 miles, so given the maximum mileage between services is 18,000 miles, this doesn’t make much sense to me. I drove the car more than 500 miles, with no apparent ill effects. 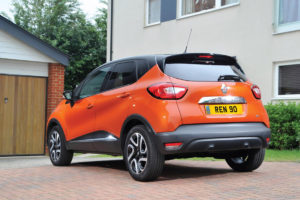 The Captur Dynamique MedidaNav ENERGY dCi 90 Stop Start, to give it its full handle, costs £16,395. The range starts with the Expression, priced at £14,195, then the Expression+, Dynamique MediaNav, and Dynamique S MediaNav. There are three engines to choose from – two petrols and a diesel. The 0.9 litre three cylinder petrol engine produces 90 hp, the 1.2 litre direct-injection turbo 120 hp. You can opt for six speed automatic with the bigger petrol one. The diesel is a 90 hp motor, which powered the car I tested, very well I must say. The range is well equipped, with the base model including things like cruise control and speed limiter, and hill control assist. Expression+ adds air conditioning, front fog lights, reversible boot floor and automatic headlights and wipers. Dynamique MediaNav, not surprisingly has a multimedia system and satnav, and various bits of bling. The top of the range has body colour choices and interior upgrades, and rear parking sensors, among other goodies.

My test car, £18,335 remember, had a natty orange and black interior, and sat nav with a seven inch touch screen. The exterior paint job cost upwards of an extra £500. The multimedia system cost close to £500. The interior did have a fine, quality feel, although this particular paint job wasn’t to my taste. There’s no all-wheel drive option, although looking at it, you think there should be. 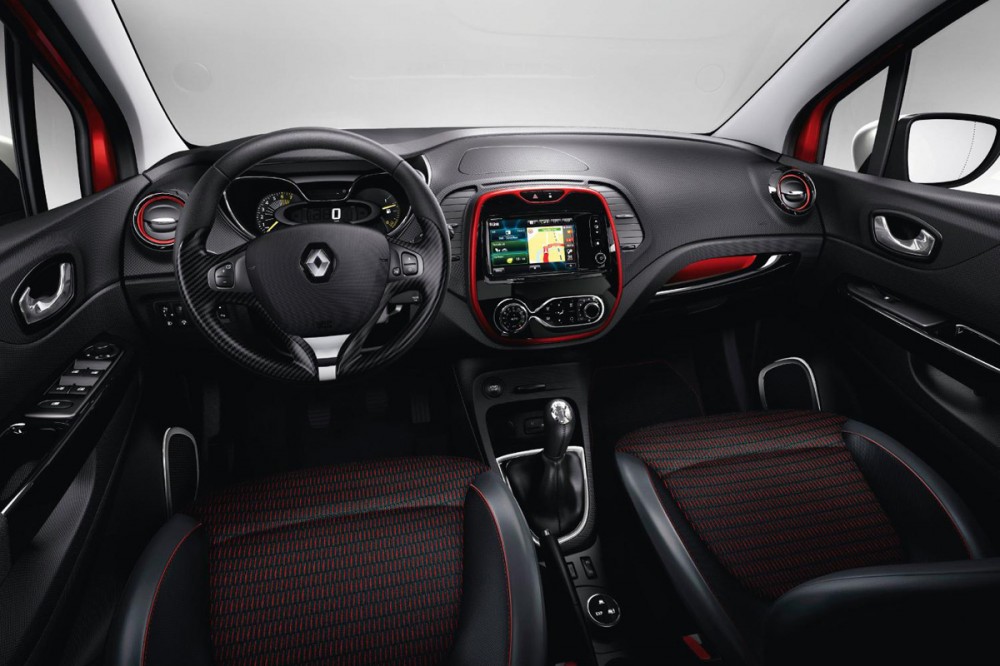 Thumpy
The suspension was a bit thumpy on harsh (most) surfaces. Not surprisingly, there was massive load space if you folded the seats down. As befits a car with pretensions to usefulness, this car had a dual-height boot floor, washable and removable seat covers and a sliding 60/40 rear bench seat. Renault says there are unprecedented opportunities for personalisation including choices of paint jobs called Arizona, Manhattan and Miami. My car had the Arizona treatment.

Renault said the engineering of the Captur is based on the proven technology underneath the Nissan Juke and Renault Clio. Renault and Nissan of Japan are linked in a corporate alliance.

The Captur is a lovely little car which will bring great satisfaction to its owners, provided they are not of nervous disposition and are freaked out by useless warning lights. 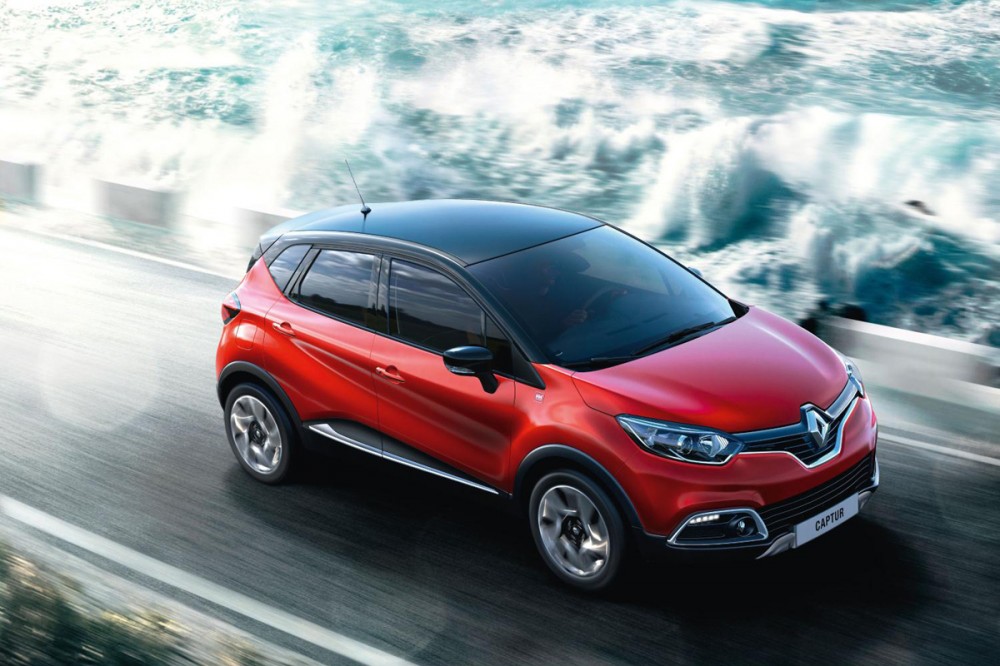