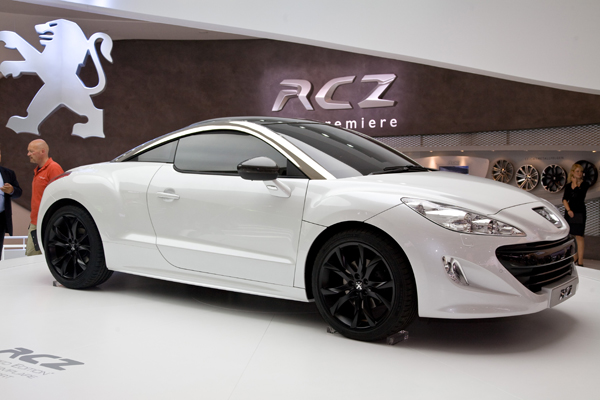 First Vehicle In Drive To Move Upmarket
This Looks Doomed To Fail, Given Peugeot’s Brand Strength

Peugeot’s stunning new coupe, the RCZ, is the French company’s opening shot in a campaign to move up market.

Peugeot, which also owns Citroen, may find it has bitten off more than it can chew, as it challenges established premium carmakers like Audi, BMW and Mercedes.

It’s all very well designing a sporty little head-turner like the RCZ. It’s another to move into the rarefied price range dominated by the Germans, where brand strength is everything. 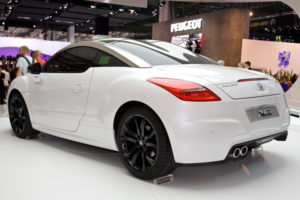 Peugeot will launch three new cars aimed at the premium sector carrying the Hors-Serie brand – loosely translated as “custom made”. The first Hors-Serie will be the RCZ, which goes on sale this month in Europe. Next will be an estate car built on the single model that will replace the 407 and 607 due to be unveiled in September. No word yet on the third one.

The RCZ looks like a direct competitor to the Audi TT, and on paper at least poses a big challenge. Peugeot calls the roof design “double bubble”, with its attempt to make life a bit more comfortable for occasional rear seat passengers. The body shape and aggressive front grille will certainly attract attention. The interior is dominated by a huge clock in the centre of the dashboard. Peugeot talks about how classy it looks inside. First reports from press launches talk about hard, scratchy plastic, with some saying mouldings look cheap and flimsy. On the plus side, handling is said to be top class, and road holding leach-like. 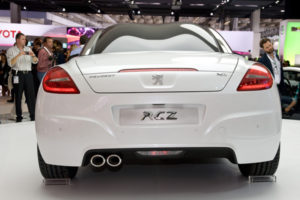 The engines – a 1.6 litre, 156 bhp petrol and 2.0 litre 163 bhp diesel at launch – provide impressive acceleration as well as decent fuel economy. There will be a new, 1.6 litre petrol motor later this year, which uses a combination of turbo-charging, direct injection and variable valve technology to wring an incredible 200 bhp out of this relatively small power plant, whilst also achieving average fuel economy of 43.4 mpg-6.5 l/km. Next year, there will be a diesel-hybrid version capable of 76.3 mpg-3.7 l/km, 200 bhp performance, with four-wheel drive. The first models will have six-speed manual gearboxes. Later this year, Peugeot will offer a new technology six-speed automatic gearbox.

Peugeot said it has designed a rear spoiler for the car to improve aerodynamic efficiency. This deploys at a nineteen-degree angle when the car reaches 53 mph-85 km/h, and retracts at 34 mph-55 km/h. The angle widens to 34 degrees at 96 mph-155 km/h. Outside of Germany and its sometimes unrestricted highways, expect traffic cops to simply show the courts a photograph of the angle of the car’s spoiler to secure their speeding convictions. 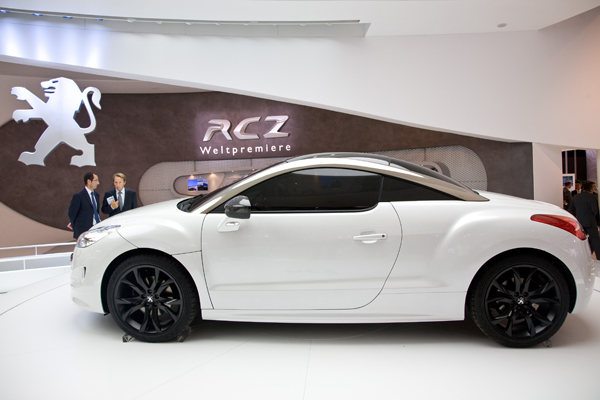 This isn’t the first time that mass carmakers have attempted to grab some of high profits generated by the Germans. There’s no reason yet to think Peugeot’s brave attempt is likely to be anything other than yet another futile gesture. 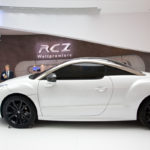 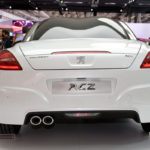 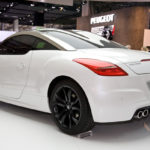 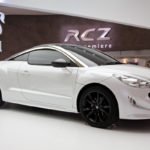