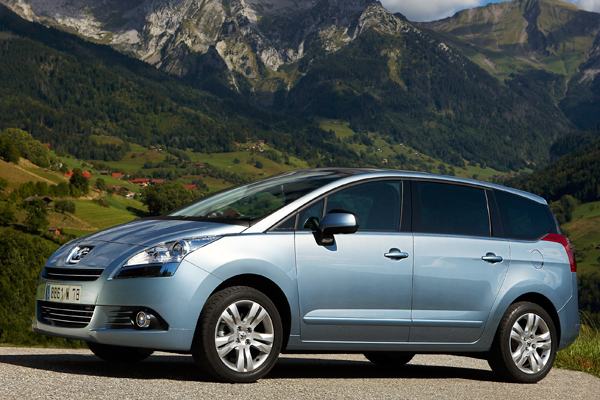 Expensive, In A Highly Competitive Segment

Head Up Display, Distance Warning, Nifty Safety Features
*** out of 5

It is hard to make a memorable presentation about yet another people mover, but Peugeot managed it. Yes, the new Peugeot 5008 Compact MPV looks quite nice for a big blob of a car, and the interior is really very impressive and it drives better than you’d expect. But, wait for it, the Peugeot 5008 is What Car’s Compact MPV of the year, 2010.

This claim was made in mid-January, when the Peugeot 5008 hadn’t yet appeared on the market. If, like me, you find this endless parade of “awards” confusing, boring, and pointless, you might say that this was the ultimate piece of evidence demonstrating the uselessness of all but a few major awards. I would exclude from criticism awards by the likes of J.D.Power of the U.S., which at least make some attempt to liaise with the buying public and base their awards on a transparent, merit system, even though this kind of survey suffers from being self-selecting.

How on earth could What Car say that a vehicle that had not yet made it on to the market was Vehicle of the Year? But at least it gave me something to get excited about as I emerged from the press conference. 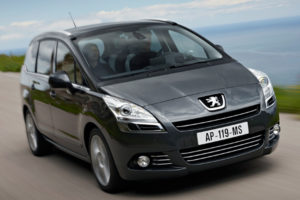 The Peugeot 5008 does look very smart, on the outside, with the new family grille. Inside, the dashboards are spiffing. The cockpit is designed to wrap around the driver, and there is much use of high quality plastics and nifty faux metal. There’s even an option for a Head Up Display, which projects key information into the driver’s line of sight so they can be aware of speed, the speed limiter setting, and the distance of the car in front, without having to look down and way from the road ahead. The “Distance Alert” allows the driver to select what he considers to be a safe distance behind moving traffic in terms of seconds, from 0.9 to 2.5 seconds. Both these options are currently rare in mass market vehicles, and are pricey options if you’re in the market for a BMW, Audi or Mercedes. On the Peugeot 5008, this is available on the top “Exclusive” model. 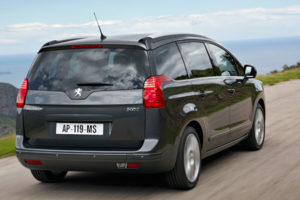 The 5008 starts at £17,345 with a 1.6 litre, 120 bhp petrol engine with the Active set of options which includes air conditioning, sound system with MP3, electric handbrake, and the middle and rear row of seats folding flat. The next stage up, the Sport, costs about £1,200 more and adds things like cruise control, speed limiter, and various bits and pieces to add storage convenience and some trim. The Exclusive range adds a panoramic glass roof, bigger wheels, better air conditioning, head up display and distance alert, more stuff to tart it up, Bluetooth and rear vision for parking. This adds another almost £2,000. There are three diesels and two petrol engines. The top-of-the-line Exclusive has a 163 hp, two litre diesel with an automatic gearbox and costs £24,145.

But the 5008 is all about packaging, getting the maximum amount of family members and/or their stuff into the car. The 5008 boasts a neat way of maximising the load space when there is stuff and no people to carry with the flat-folding seat arrangement. It is also possible to mix and match with say one seat in the back, two in the middle and the front passenger seats folded flat to carry awkward loads and four people. The second row of seats can also be put into “cinema” mode. With the third row of seats folded away, there’s 679 litres of space. This increases to 2,506 litres with the middle row of seats disappeared. 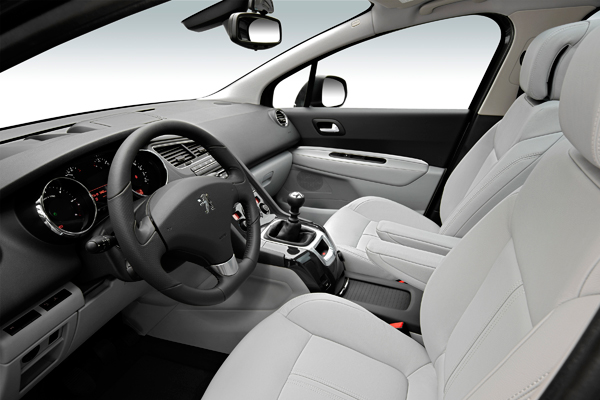 Heathrow
I drove an Exclusive with a 1.6 litre petrol engine developing 156 bhp, and it performed well enough on the roundabouts and congested roads near Heathrow. The same goes for the 110 bhp 1,560 cc diesel. The ride was typically soft French; very comfortable and precise. Both looked well priced until you add the cost of the options. The so-called THP 156 Exclusive cost £21,245, but after adding on metallic paint, SatNav, Video Pack, and Xenon headlights, the cost was £24,105. The HDi 110 Exclusive started at £21,945, but after leather, paint, a less expensive SatNav, video pack and xenon lights the price ballooned to £25,320.

The prices seem competitive if you reckon that the 5008 is competing against the Kia Sedona or Renault Espace, rather than the Citroen C4, or Vauxhall Meriva, shortly to be renewed at the Geneva Car Show. But I would think that the 5008 is firmly in the latter camp, and will have to considered as pricey rather than cheap. 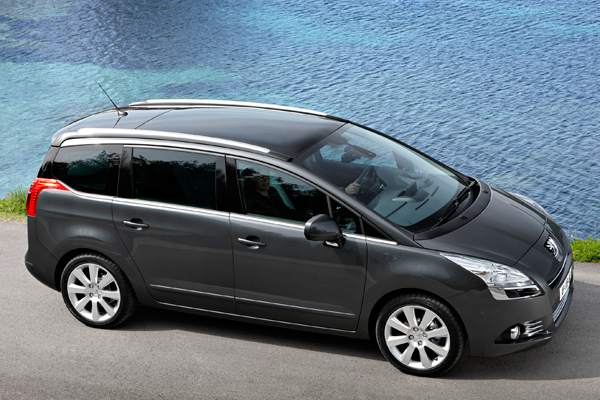 I would go for the slightly bigger Kia Sedona diesel automatic at £24,295, which is fully equipped and has a 7-year, 100,000 miles guarantee, and my Five Star Rating. 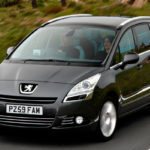 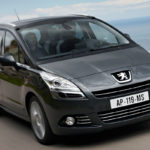 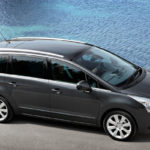 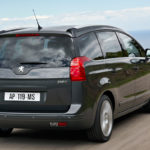 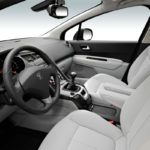 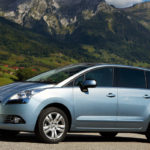