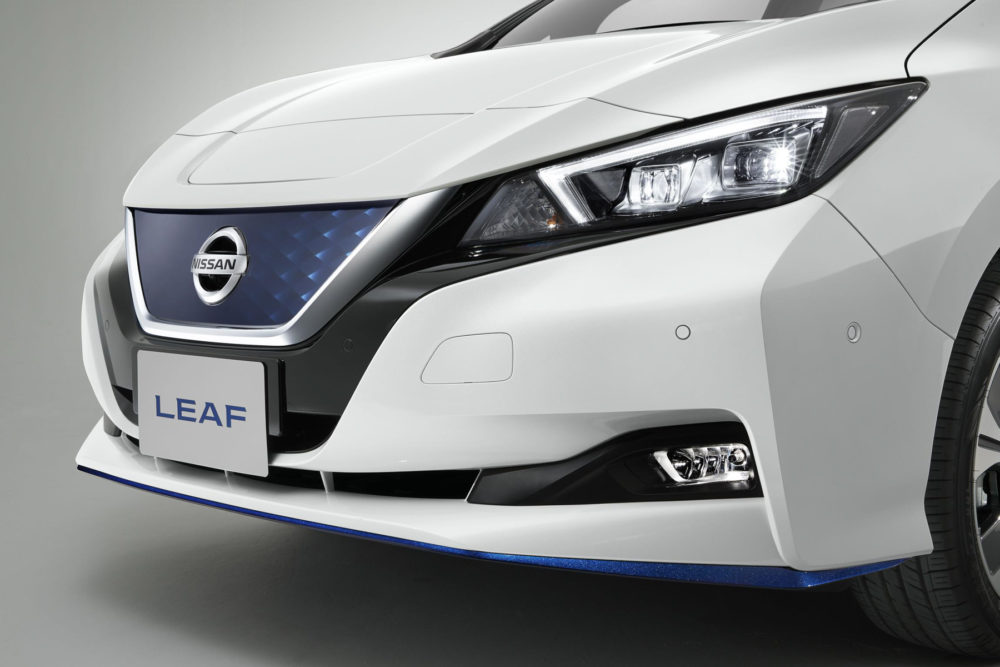 Nissan has updated the electric Leaf with a sharper looking body, much better performance and more powerful batteries, but starting prices are still much too high with the entry level version costing £30,455 before the government subsidy of £3,500.

And the beefed-up claimed range of nearly 240 miles looks fragile. 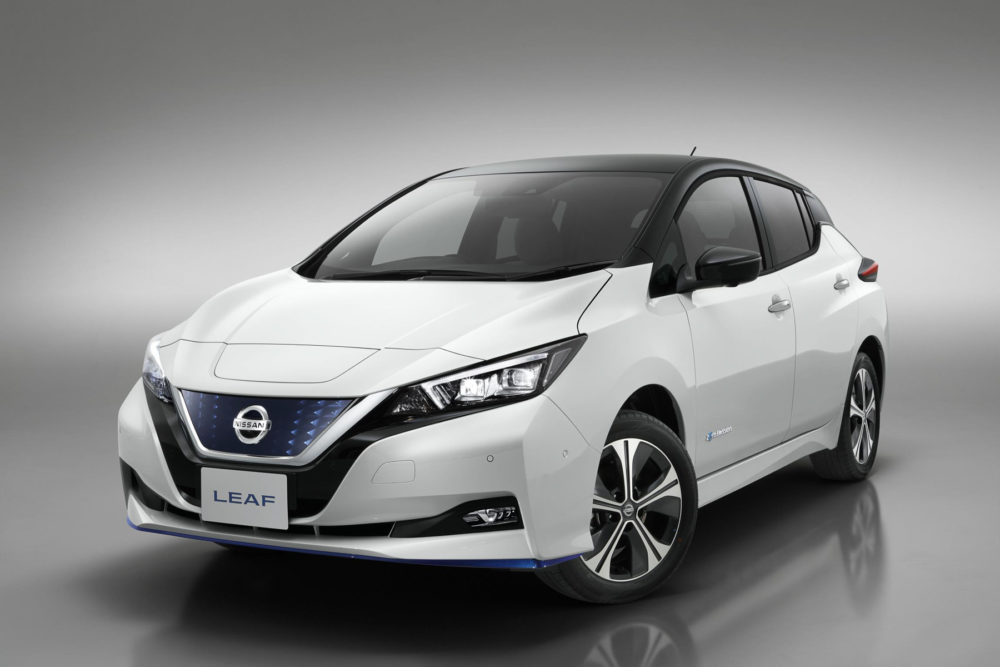 The version I drove costs just over £40,000 before the British government’s £3,500 subsidy, and is much better looking than the earlier rather dull machine. Even so, the styling looks as though it is a series of afterthoughts, and an all new version is expected in 2021. The e+ 3.ZERO is very well equipped, and comes with a nifty improvement in regenerative braking, which allows you to replenish the battery going down hills or when free-wheeling. It works so sharply that you might well forget that you ever need to actually use the brakes, but that would be a big mistake. The braking is so effective it made me a little nervous that I might be rear-ended, but Nissan has cleverly thought of this and when you take your foot off the so-called e-Pedal, the braking lights are activated.

This version has a big 62 kWh battery producing 214 hp and performance is very impressive. Handling and ride quality were terrific too. Claimed average range capacity of 239 miles was very close my to efforts to fill the battery (thanks to ChargePoint) for an indicated range of about 237 miles. 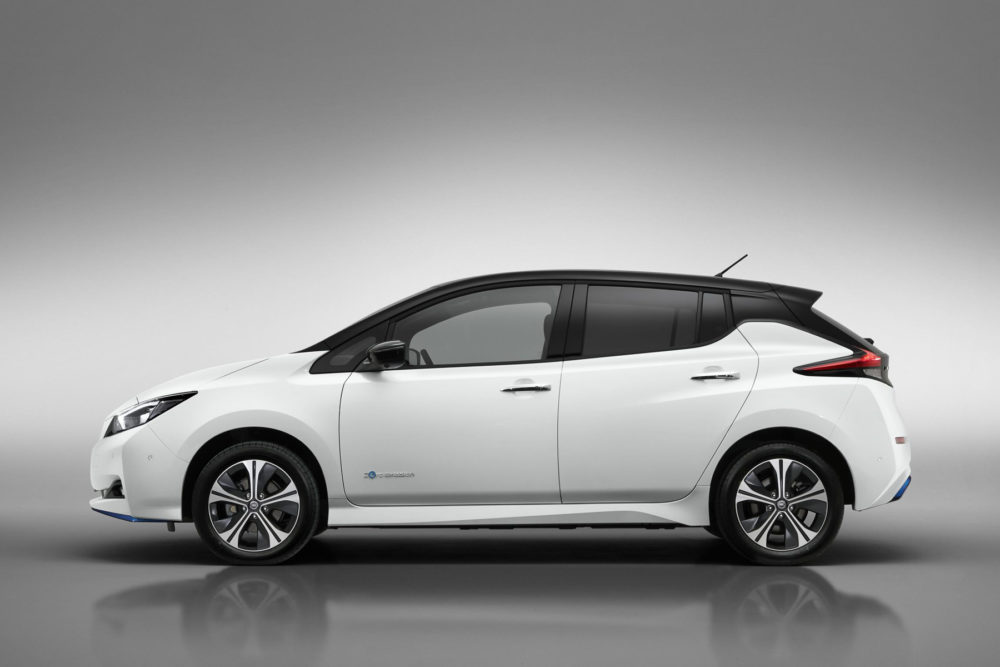 Worrisome range
But on the road, the available range looks a bit different and worrisome. On an actual route of 37 miles, the Leaf used an indicated 53 miles of range on one trip, 44 miles on another. A route of an actual 33 miles consumed 57 miles from the indicated available range. That suggests the claimed range of nearly 240 miles might be way above the reliable, day-today available capacity. My recent tests of the Kia Niro and Model 3 showed these electric cars’ claimed available range was much more accurate and achievable.

If you use the eco function in the Leaf, that is likely to make the claimed ranges more viable, but why would you want to spend more money on the version with the bigger battery if economy was important to you? Why would anyone, committed enough to the environment to take the plunge with an electric car, want a performance version anyway?

The latest Leaf offers customers a raft of technology improvements. There’s an upgraded navigation system, which features TomTom LIVE premium traffic and route optimisation. The Remote Climate Control functionality allows the owner to preset air conditioning or heating while their Leaf is still plugged in to the garage. 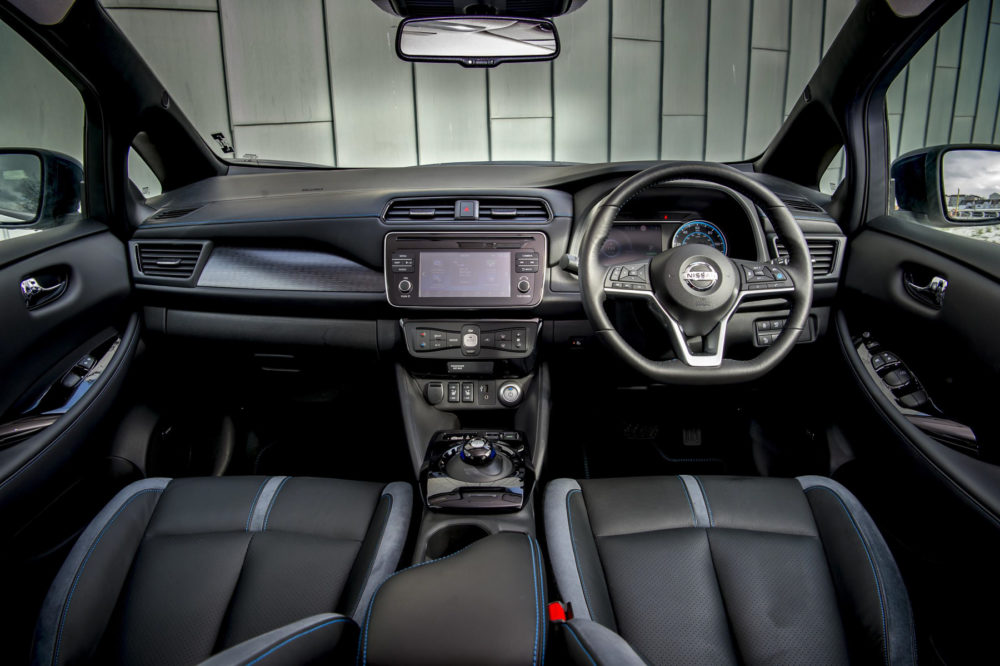 “The model’s compact 62 kWh battery is both efficient and powerful, with a 25% increase in energy density and 55% boost in energy storage capacity, giving the Leaf e+ a power output of 214 hp and up to 385 km (240 miles) on a combined cycle – on a single charge,” Nissan said.

That remains to be seen, I’d say. 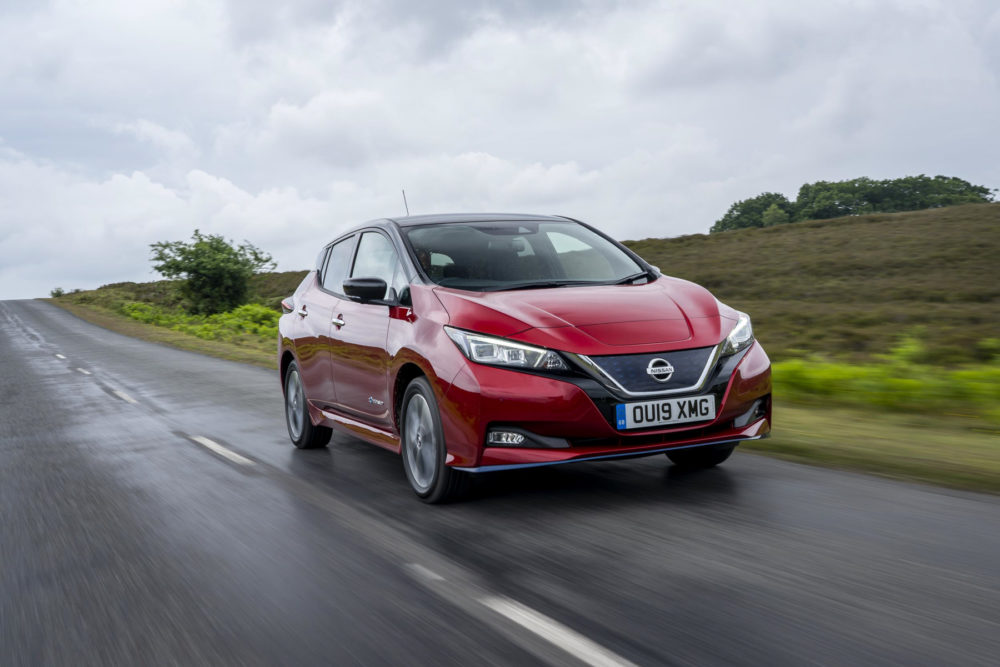 What to buy?
The Leaf is a comparatively large car and is comfortable and very well equipped. The boot is large and accessible. The dash looks a bit cluttered, but everything is there. The performance from the powerful battery is very impressive. But the body, despite being refreshed a bit, is still a bit ungainly. And the performance of the battery was less impressive than electric cars like the Kia Niro and Tesla Model 3. My current recommendation in this price bracket would be the Kia Niro, but given that the new generation Volkswagen ID.3 will be available later next year, and a raft of other choices too, perhaps a delay would be the best decision. 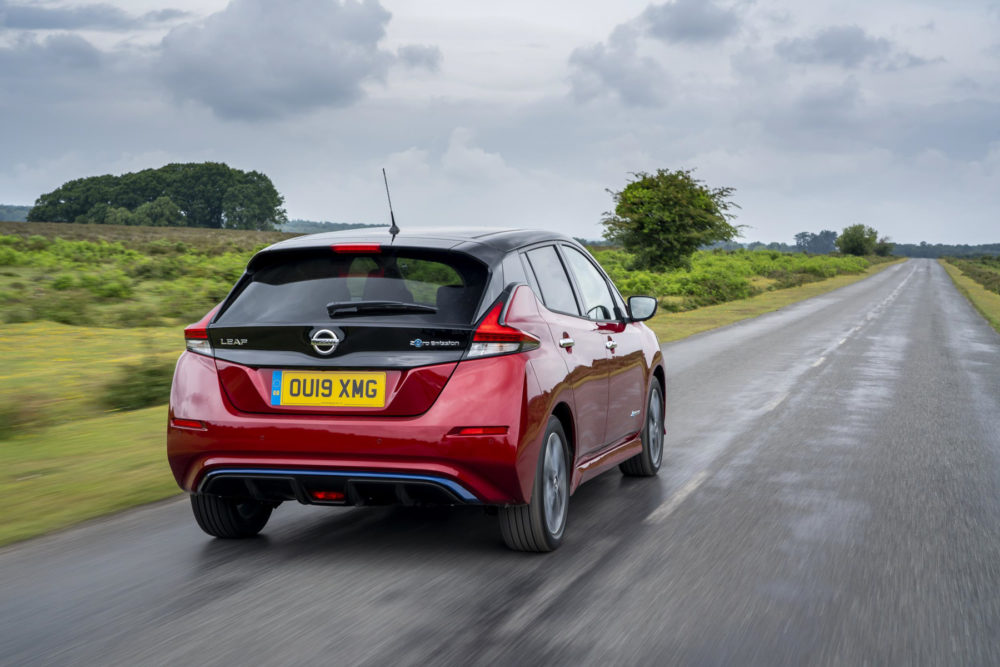