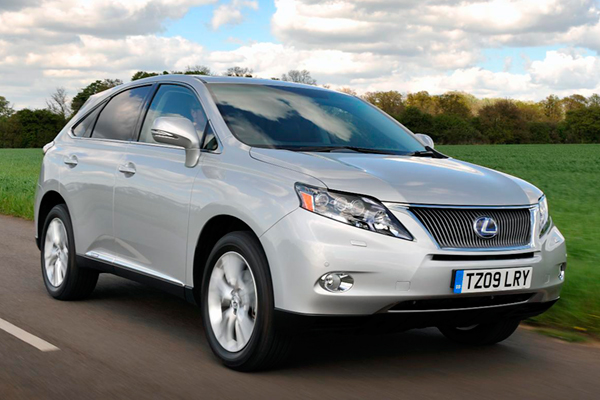 Its looks, whether you like them or not, are certainly different to the German trio
*** out of 5

For: Beautifully built, bullet-proof reliability, excellent dealer service
Against: Only for wealthy eco-warriors

The Lexus performance in Britain in 2011 looked impressive with a 33% increase on the previous year. Unfortunately, total sales were just 8,269 and despite the addition of the Golf-rivalling CT 200 in a completely new sector for the brand, this was just over half the peak British sales in 2007.  Sales in main-land Europe are faring no better.

This really is a tragedy as the cars are so beautifully built with the best after-sales service in the business.

Lexus has nailed its sail to the hybrid mast which may explain its lack of recent success. Its parent, Toyota has also gone through a difficult time, but knowing the resilience of the Japanese it may just be a lull while it re-groups and starts moving forward again.

Lexus leads on Hybrids
Certainly Lexus is some way ahead of other premium manufacturers in hybrid technology, but in the final analysis, Audi, BMW and Mercedes-Benz offer ranges of diesel and petrol engines, both manual and automatic and are now beginning to add hybrids. BMW offer Hybrid 3, 5, 7 and X6 Series in some markets but not the UK and both Audi and Mercedes have hybrid versions in the pipeline. 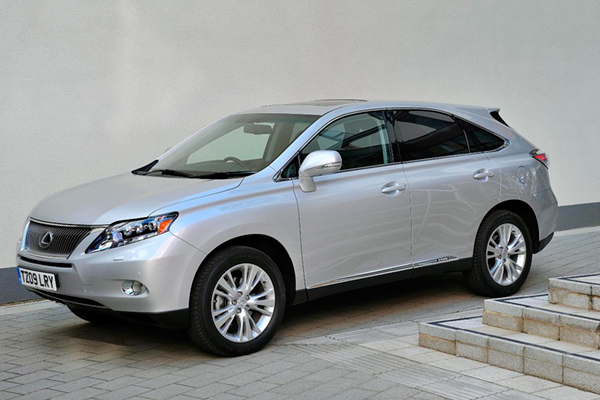 If it wasn’t for the man-made global-warming bandwagon, hybrids wouldn’t exist, leaving manufacturers to concentrate on improving the fuel consumption of diesels and the development of more efficient lightweight petrol engines, which both generally use less of our precious resources than equivalent hybrids.

Hybrids seem to respond well to the EU computer-generated combined economy and CO2 emissions, which at least work in favour of company car users in the UK as Benefit-in-Kind tax is based on CO2 figures and I would estimate that the 27.5 mpg fuel consumption average read-out I achieved in the Lexus 450h is equivalent to 245 g/km against the stated figure of 148. The saving in tax on this Lexus would be around £3,000 per annum. 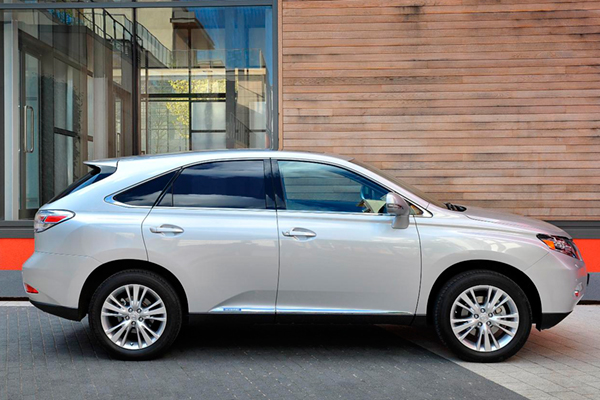 The RX 450h is a full hybrid, capable of operation in both petrol and electric modes alone, or in a combination of both. It claims to combine the fuel efficiency and reduced emissions benefits of series hybrids with the acceleration benefits of a parallel Hybrid. It shares the previous RX 400h’s drive train configuration of a series/parallel Hybrid system, employing a V6 petrol engine and two electric motors working in tandem to provide an ‘intelligent’ four-wheel drive capability.

The hybrid technology certainly works well and seamlessly, and one is only conscious of the varying modes by looking at the read-out on the dash board.

Its ‘mouse’ based central control function is the most intuitive in the business
The interior is very comfortable for four with all the gadgets necessary including DAB radio. There is even reasonable boot room and the batteries aren’t as evident as they are in the A6-sized Lexus GS 450h. One particularly notable feature is the excellent ‘mouse’ control of the satellite navigation and other in-car systems which is the most intuitive I have ever used. 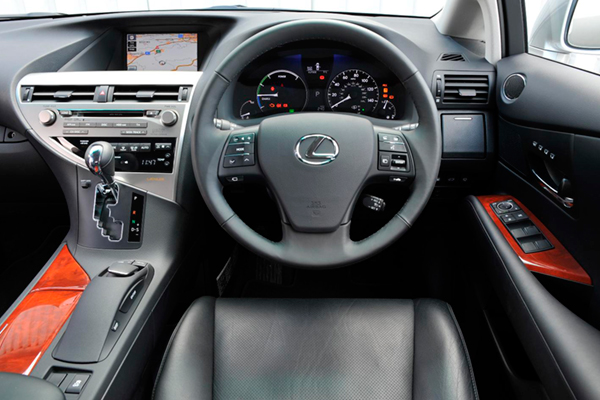 The SE-L is the third most luxurious in the range but even the cheapest  SE model offers front and rear parking sensors with rear image in mirror, automatic wipers, cruise control, Bluetooth connectivity, electric dual-speed windows, electric and folding mirrors, windscreen de-icer and 9-speaker audio with 6-CD changer.

The looks of the RX seem to polarise opinion – you either love it or hate it whereas the Q7 or Range Rover Sport with which it competes seem to attract more universal approval, although some say the Q7 is too large and aggressive.

It is difficult to know which Audi Q7 to use for comparison in the UK. On price it would be the 4.2 TDI which is a couple of hundred pounds cheaper but on power it would be the 3.0 TDI Clean Diesel which is nearly £10,000 cheaper. The 204 PS 3.0 TDI which is nearly £15,000 cheaper would probably be the best bet as its real-world performance isn’t far behind the Lexus and the actual fuel consumption would be better, although company car users would lose out on Benefit-in-Kind with CO2 forty points higher. 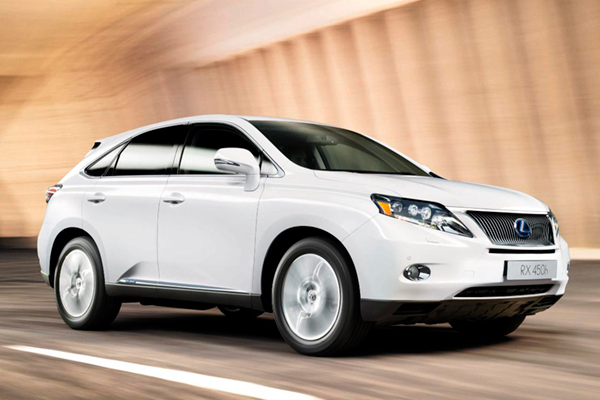 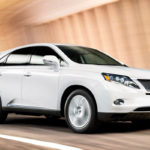 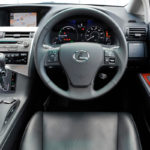 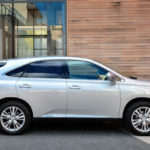 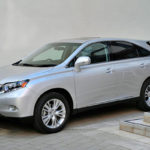 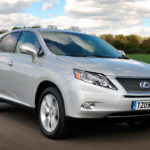