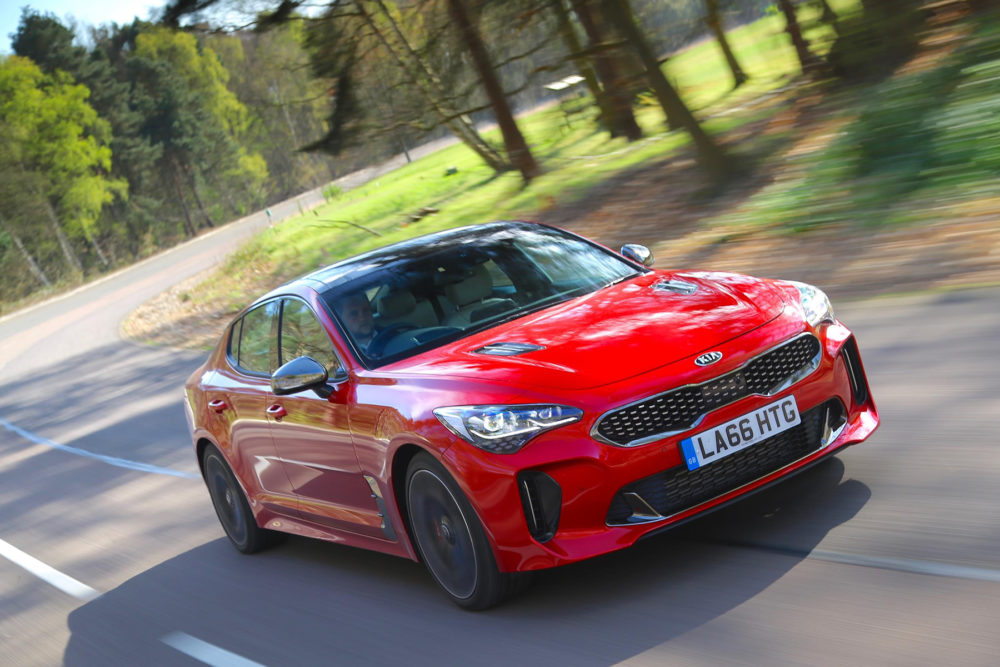 “Fools rush in where angels fear to tread”, has always been the warning for those mass car makers who thought how splendid it would be to grab some of the “easy”, fat profits generated by the German premium makers BMW, Mercedes and Audi.

The road to this easy money is littered with the carcases of the failures. Currently, PSA Group with its stuttering DS project is paying the price for this hubris. Ford and Renault can vouch for the impossibility of this task. Infiniti has the bruises but continues the uphill struggle. Even mighty Toyota finds it hard to make much headway, in Europe at least, with its Lexus upmarket subsidiary. 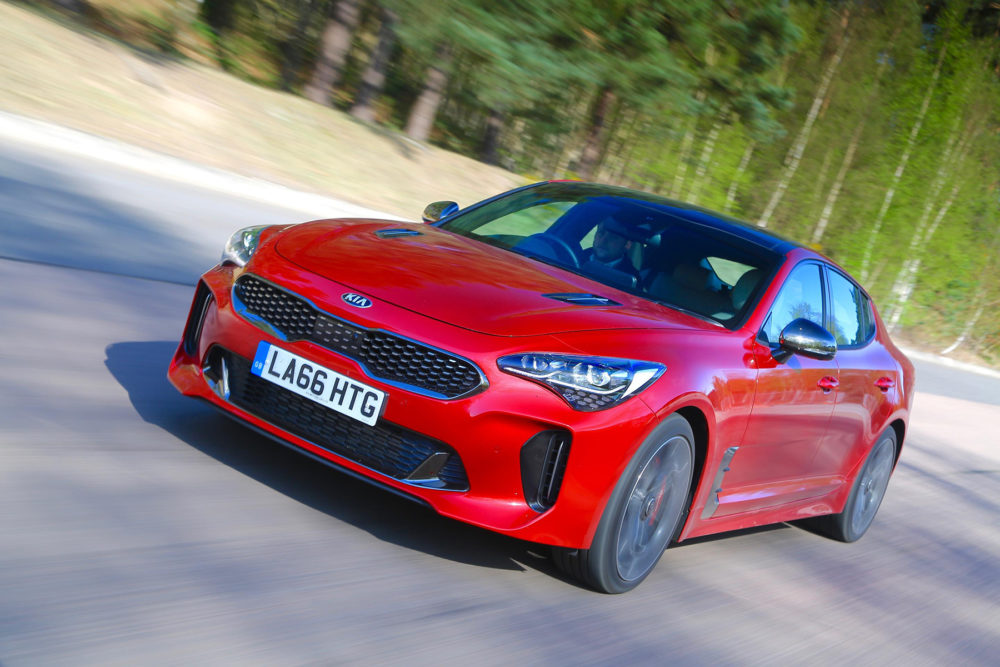 So what chance does Kia of Korea have with its new Stinger project? My impression after briefly driving it may surprise you because the way Kia has gradual upped its game in Europe – cheap and cheerful to start with, gradual and constant improvement as it relentlessly moves through price points into higher quality all the while with market leading guarantees – shows it is constantly aware of what must be done to achieve at each new level.

Head up display
The Stinger looks great, and has a beautiful interior. When I drove it, I’d recently driven an Alfa Romeo Giulia for a week, so comparisons with this other German wannabe were interesting. The Kia felt more luxurious, better designed and put together. It had a decent sized boot, and much lavish equipment. It had plenty of room in the back with enough headroom too, unlike the Alfa. Admittedly, I only drove the Stinger for a couple of hours, but it revealed no crass design faults during that time. Being a pushover for gizmos, I was hooked the moment I turned on the Stinger and the Headup Display kicked in. The Stinger does sound very nice too, although I didn’t get to drive the top of the range 360 hp 3.33 litre twin-turbo V6, I had to make do with the 240 hp gasoline direct injection 4-cylinder machine. That was electrifying enough, although the roads around Maidenhead, apart from the M40, are hardly built for a car like this.

So if you can get past the name and want to find out what the Stinger is all about, Kia says it offers a choice of three turbocharged engines, all with an eight-speed auto gearbox. There are 5 versions based on three trim lines and three powertrains. Prices start at £31,995. 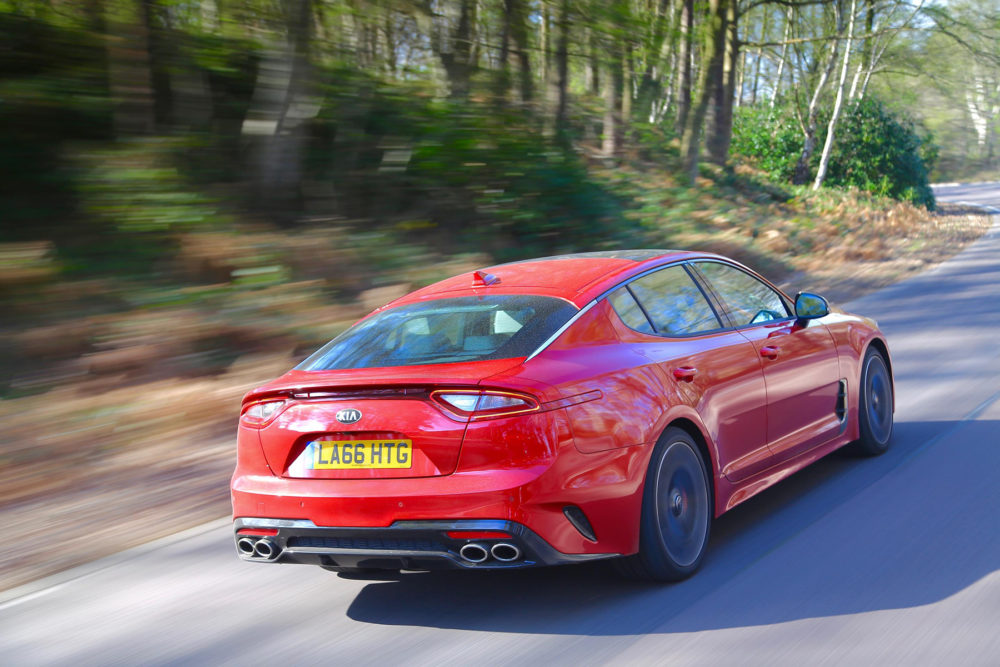 “Stinger will be a game-changer for Kia ­– a car to convince people, if anyone still needs convincing, that the company has put the days when it was a value-driven brand mainly concerned with durability and practicality behind it. Those attributes are still important, but Kias are now highly desirable in their own right. Stinger epitomises that,” the company said. 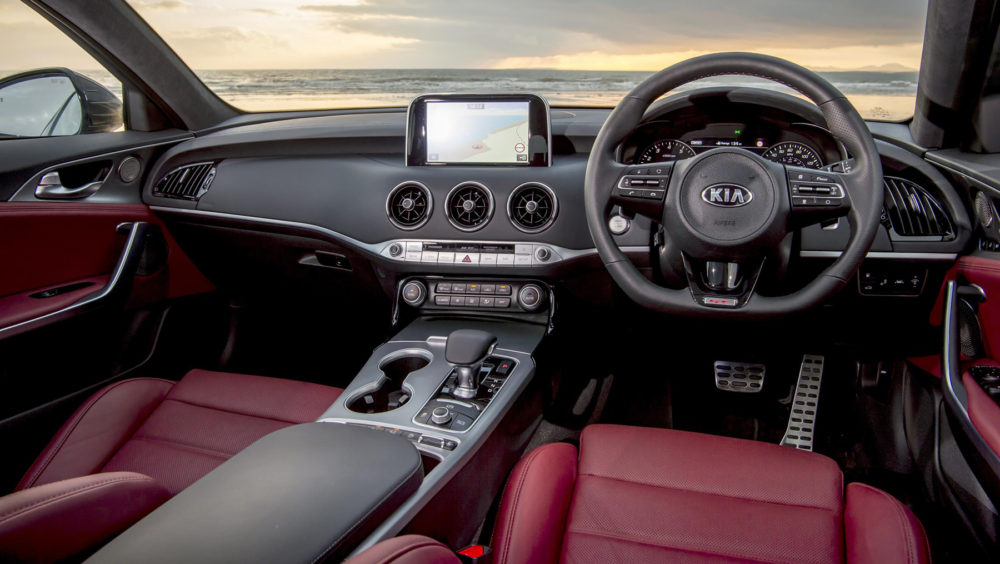 GT-Line and GT-Line S both offer the choice of a 240 four-cylinder petrol engine or a 195 hp diesel.

All models have an 8.0-inch touch screen navigation system. A head-up display is also standard. There’s a full set of safety and connectivity gizmos. Eight-way power-adjustable memory front seats are fitted to all models. GT-S has electronic suspension which can be set to one of five modes and variable gear ratio steering.

What to buy?
The Stinger is hard to fault and is a very ambitious effort from Kia. Everything about the car is terrific. But (and I’m sorry to be so predictable) in this category reason goes out of the window. On a strictly rational appraisal it would be hard to differentiate the Stinger from its German rivals. If you threw in comparative prices, the Stinger would win hands down, but this isn’t a rational world. Even Alfa Romeo can’t compete with all its flawed but seductive history. Hopefully, Kia won’t be giving up its day job of making high quality autos which are constantly forcing its European competitors to sharpen up their game. Nice try with the Stinger, but BMW won’t be losing much sleep I’m afraid. 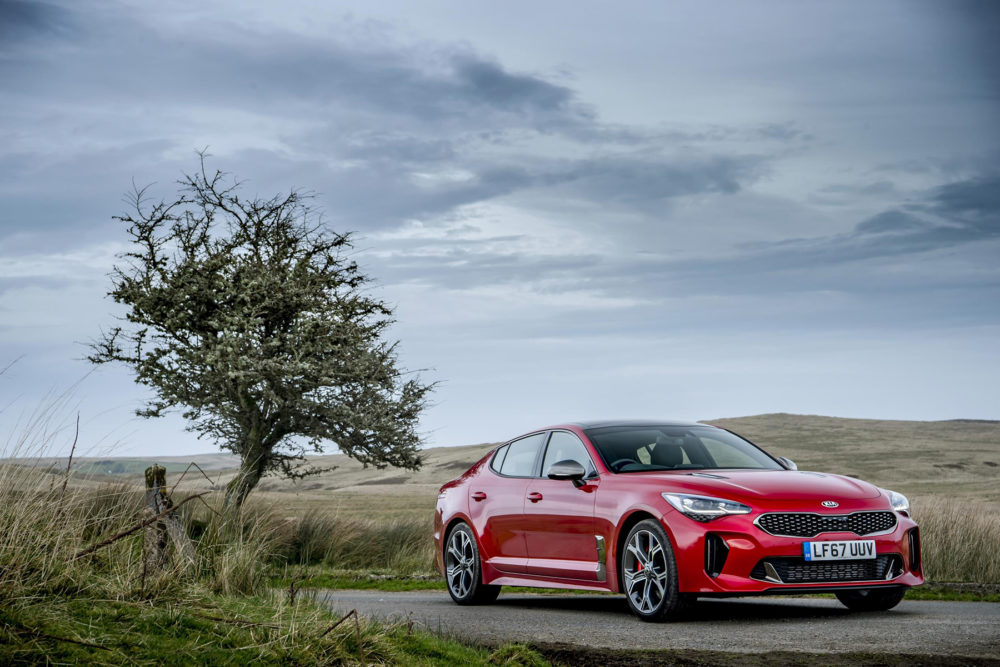