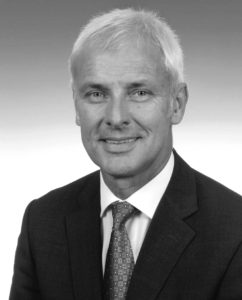 “Diesel will see a renaissance in the not too distant future”

Volkswagen wins the prize for the bravest statement at the Geneva Car Show with its declaration that diesel’s day is not yet done.

Ford’s call for more clarity at the show about post-Brexit conditions comes into the futile category because nothing concrete is likely to emerge until close to the deadline of March 29, 2019, while Toyota’s decision to stop selling diesels in Europe this year was probably said with relish, because it never really embraced the cause in the first place.

VW’s remarks about diesels came a week after a top German court decision that the industry had been dreading; local authorities could enforce diesel bans to protect the public from the health threat from poisonous air. The decision had been anticipated by the buying public, across Europe as well as in Germany, as its once dominant market share of a steady more than 50% in sales was gradually eroded. Over the last months this erosion has threatened to turn into an avalanche.

IHS Markit put it this way in a recent report.

But on Tuesday at the Geneva Car Show, VW CEO Matthias Mueller said this to journalists.

“Diesel will see a renaissance in the not too distant future because people who drove diesels will realize that it was a very comfortable drive concept. Once the knowledge that diesels are eco-friendly firms up in people’s minds, then for me there’s no reason not to buy one,” Mueller said, according to a report in Automotive News.

Wishful thinking
Maybe this is more wishful thinking than bravery because the demise of diesel presents an existential problem for the European car makers. The fact that diesels can produce up to 30% better fuel economy than gasoline engines makes then a crucial plank in their expensive drive to improve fuel consumption and therefore produce less CO2 to meet the European Union’s (E.U.) tough standards for 2021. Failure to meet these standards will bring down balance sheet threatening levels of fines.

The problem that is building up for the European car makers was underlined Tuesday by a report from industry consultants JATO.

“CO2 emissions rose for the first time in a decade in Europe last year, as the market turns its back on diesel vehicles and SUV sales rise,” said the JATO headline on a statement.

Average CO2 emissions increased by 0.3 grammes per kilometer (g/km) in 2012, and the E.U. CO2 target of a fleet average of 95 g/km by 2012 could be difficult to achieve, should diesel demand continue to fall and electric vehicles fail to plug the gap, JATO said.

Battery electric vehicles’ failure to excite the public could be because of scepticism over range, and charging point availability. The increasing popularity of big, mainly fuel hungry SUVs is also working against overall fuel economy. Hybrids could be the best stop-gap if diesels don’t stage the recovery VW’s Mueller seems to expect.

Meanwhile Ford’s European CEO Steven Armstrong expressed a desire for more details about the Britain’s exit from the E.U., which he’s not about to get.

Clarity
“The sooner we have the clarity (about Brexit), the easier the decisions become to make, positive or negative, so that clarity is the important part of this,” Armstrong told Reuters.

It is more likely than not that the talks between Britain and the E.U., where nothing is agreed until everything is agreed, will go right down to the wire next year. It is going to be bumpy, teeth grinding ride for some car makers.

Toyota’s decision to pull out of the European diesel market looks smart, and it deserves credit for pushing gasoline electric hybrid engines which for a while looked to be an expensive waste of time. Not anymore.

Meanwhile at the show, if you were looking for practical contenders that might set the electric car market alight for the average buyer, you’d be wasting your time. Only the Hyundai Kona EV joined the current important contenders – the Nissan Leaf and Renault Zoe which dominate Europe, with a little help from the BMW i3, Kia Soul, VW Golf and Up EVs.

The star of the show is likely to be the all-electric newcomer the Jaguar I-Pace, the first upmarket European manufacturer to match the leader Tesla’s recent hegemony in the luxury sector with a battery-only vehicle ready for sale. But it’s very expensive at close to $100,000.

Supercars
New SUVs were everywhere, led by the Volvo XC40, which picked up the European Car of the Year Award. There are plenty of supercars for the assembled throng to dream about, led by the Ferrari 488 Pista with a 710-hp V8 engine which will blast from 0-60 mph in 2.7 seconds, and 211 mph. The McLaren Senna has a 789 hp twin-turbo V-8, with a top speed of 211 mph also. They cost $1 million each and all have already been sold. The $2.4 million Zerouno makes even Ferraris and McLarens look restrained.

Leading the SUV march with the new Volvo XC40 are the big Mitsubishi Outlander PHEV, the compact Lexus UX and the latest generation Hyundai Santa Fe. There are still sedans being launched, led by the Audi A6, Peugeot 508, Kia Ceed and Mazda6 Tourer and sedan. Range Rover unveiled a coupe version of its big flagship.

VW unveiled its I.D. Vizzion, which it calls its automobile of the future which will drive autonomously and electrically. Self-driving cars are the current fad, but don’t expect to be able to buy anything remotely like that for the foreseeable future.

The Geneva Car Show opens to the public March 8 through March 18 at the Palexpo Center.