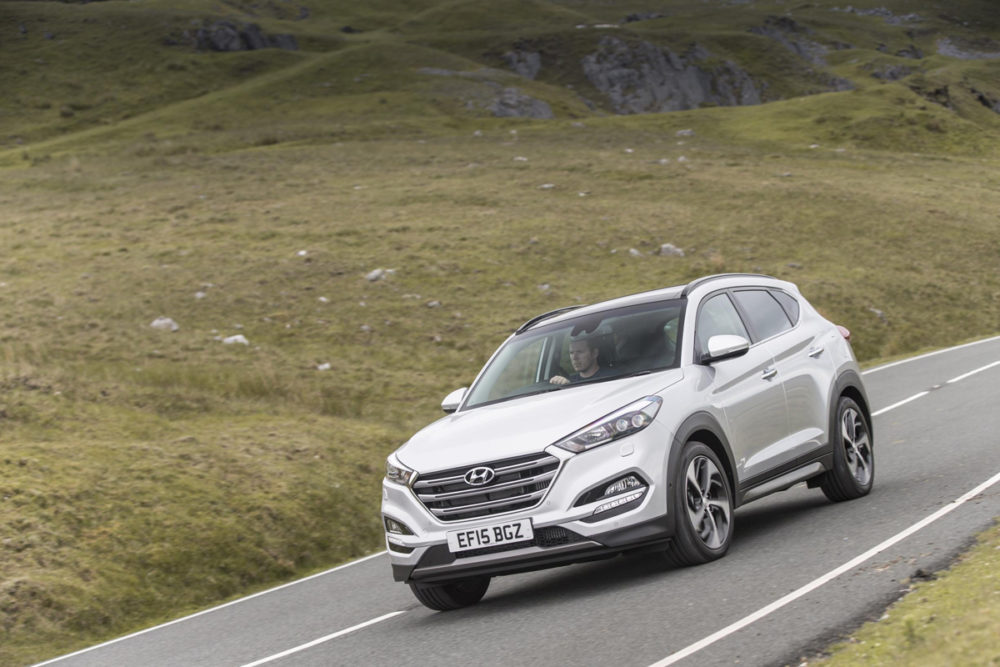 The Hyundai Tucson is the best compact SUV I’ve ever driven and it was heading for the coveted WintonsWorld 5 star award until I checked on the fuel consumption.

The 2.0 litre 183 hp four-cylinder diesel should return more than 43 mpg, according to Hyundai, but my calculations showed it only does close to an average 30 mpg. That’s not very good and misses the claim by 31 per cent. 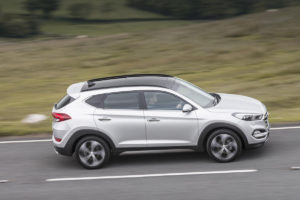 Apart from that though, the Tucson was magnificent. It looks very handsome in an understated Audi sort of way. The paint job was very impressive. The beautiful interior reeked of quality, with one minor exception. The steering wheel had a cheesy, cheap feel to it. Given that all the time you’re driving, you’re actually touching this, it would seem a) easy to fix, b) inexpensive, c) very sensible. There was loads of space in the leather interior. In the rear, there’s a two level trunk floor.

The powerful diesel engine is quiet and punchy and the Tucson cruises at high speed to the manor born. The suspension evens out the bumps with panache. Handling was fine, and it swept though the bends flat and true on my local dual carriageway. The SatNav sound system was easy and intuitive to work! That should be a given by now, but rarely is.

The 6-speed automatic gearbox was a joy, and you could easily move to manual override with a quick nudge of the stick. The powerful headlights were fabulous. Turning them on was like the sun coming out. The design of the rear lights was also very impressive. I never did get to see how it looked from behind though, and I can’t remember ever getting excited about how a car looked from the rear.

And then there are the “extras”. On this top of the range model there was a big moon sunroof which slides well back. Both front seats are electric. The aids to safety, driving and convenience are too many to mention and include a remote electric tailgate, blind spot detection, tyre pressure monitoring, autonomous emergency braking, and computerised parking. 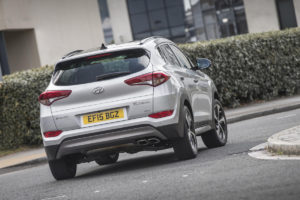 Ah, yes; computerised parking. That does take a bit of getting used to and is not all that automatic. You have to first set the system to the task. There are four choices; parallel parking on the left or the right, or perpendicular parking, left or right. I tried it at first with perpendicular parking on the right. I drove along until the system spotted a suitable space. Then I selected reverse, took my hands off the wheel and used the accelerator. The system guided the car back into the space. But as I reversed, it seemed to me that the computer had bitten off more than it could chew, and was about to smack into the car on the left. I aborted the mission. If it had got into the space without actually touching, I’m sure nobody would have been able to get out of the car, which seems to defeat the object of the exercise. I did manage later to park parallel, unaided. I manoeuvred into the space easily enough, but it didn’t straighten itself up very well. I’m sure it would be fine with practise.

Tyre monitoring showed that it was not just a gimmick. The offside front tyre on my test car was very deflated, and I was warned about this by the system. Only 14 somethings, rather than the 34 it should have been. Off to the garage, and I pumped up the pressure. I drove off, and, that can’t be right, still only 14? But after a couple minutes the system caught up with itself and returned to 34 thingamejigs. 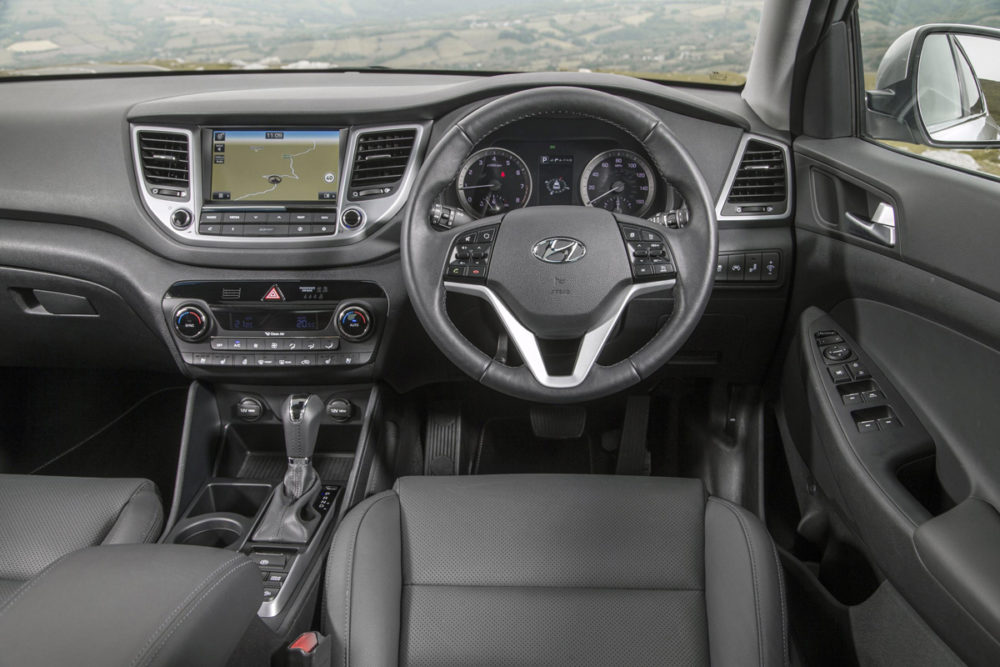 Czechistan
If it makes any difference to you, the European Tucson is made in Czechistan. You might be more interested to know that all models have a 5-year unlimited warranty.

Prices start at £18,695 for the entry level S trim, which still includes standard features such as DAB, Bluetooth, USB and AUX connections, air conditioning, and automatic headlights with dusk sensor.

I was knocked out by the quality of the Tucson and its amazing collection of technology which made me think Range Rover, BMW, Audi and Mercedes. Again, there is an impressive array of choice if you want a compact SUV, and perhaps the closest contender will be the new Kia Sportage which appears in the New year. As you know Kia and Hyundai are related, so expect the Sportage quality to be up there with Hyundai. 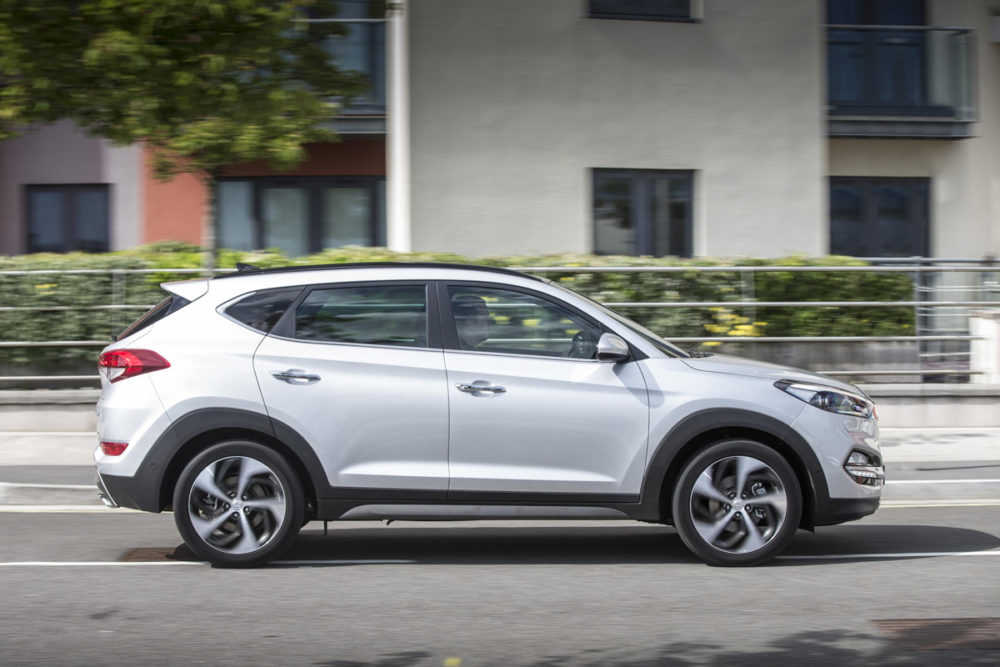