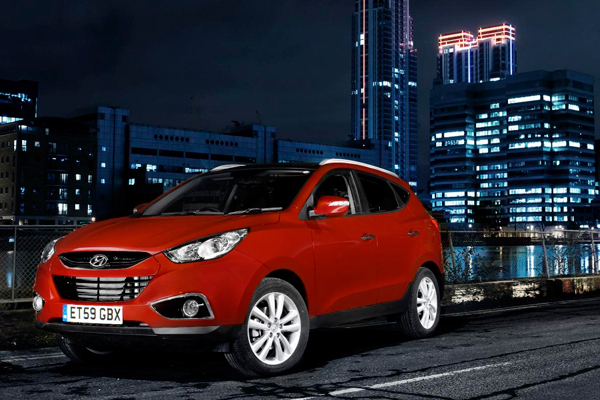 Korea Manufacturers Are The Mainstream Now
You Can Have It All – Handsome, Reliable, Guaranteed, Affordable
**** out of 5

“imagine the humiliation if it snows next winter and you have to admit you went and bought a 2-wheel drive SUV?”

My next car will probably be an SUV, always assuming that the ConDem coalition doesn’t cave in to its mad environmentalists and insist that we are only allowed to drive tiny electric cars or golf carts.

With environmental nutters like LibDem Chris Huhne and “Conservative” Zac Goldsmith around you can never rule out some dopey, grandstanding gesture that will ban cars you want; but fingers crossed.

SUVs are a bit higher than regular cars and improve your ability to see what’s going on, and simply do more jobs for the money. They are bigger so there is more space around you and more room to carry stuff. If someone crashes in to you, the massive bulk will help save you.  On long journeys they are more relaxing to drive. Most have enough poke to make sure you are never worried about lacking speed. You could also buy a premium version which would have an extra row of seats tucked away in the back to really provide for all eventualities. Sure, you can’t throw SUVs around like a sports car, but that is a pleasure that rarely nowadays makes any sense. 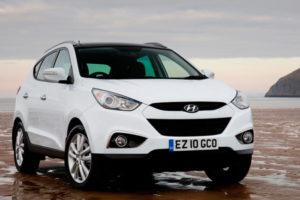 So which one to buy? Obviously that depends on the amount of money you have, but I recently drove Hyundai’s latest compact SUV, the ix35, and can report that it would be a great acquisition. The Premium version I drove cost £21,650. It was fantastically well equipped – with a massive double sunroof, automatic air conditioning, cruise control, 18 inch wheels, privacy glass, rain sensor wipers, steering wheel audio controls, metallic paint, leather seat trim and a media pack including satellite navigation. There’s more but space is limited. For music on the move, the ix35 has a six-speaker stereo, which incorporates MP3, USB and iPod connectivity with a CD and RDS radio. Customers who upgrade to the ix35’s all-new touch screen navigation get an external amplifier and single woofer, whatever that is. All models also have Bluetooth connectivity for mobile phones. The only item that was missing was crucial to my choice, but maybe not to everybody’s. It didn’t have an automatic gearbox option, but a six-speed auto box will arrive later this year. There are two specification levels – Style as well as Premium. The top of the range models have things like the big glass sunroof, cruise control, and keyless entry, although the basic spec for the Style vehicles is pretty impressive anyway.

Gem
In the event, the six-speed manual gearbox was a gem. The 2.0 litre four-cylinder diesel was magnificent. The pickup through the gears was terrific. The only drawback – the car is so highly geared that if you let the speed drop below 40 mph in top gear, the car goes all jerky. It’s not a problem once you are aware of it. The high gearing allows for comfortable, quiet, high-speed motorway cruising with good if not great fuel economy. Hyundai claims an average of 47.9 mpg. On a long motorway journey cruising at about an indicated 80 mph, I managed 38 mpg, but overall it was only 33.4 mpg. 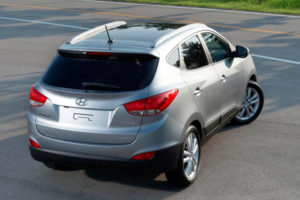 The ix35 looks great, and replaces the old Tucson. It has the new Hyundai face, incorporating a hexagonal grille. Hyundai, and its sister company Kia, have now got over that big barrier to potential buyers; the cars no longer look Korean. They no longer look like wannabe Europeans. The ix35 is elegant. The paint job was impressive. The interior quality was very good. The steering was direct and accurate. At speed through the corners, the ix35 felt stable and safe. There was no rolling or dipping. I never tested its off-road ability. I’m sure it will do ok when it snows, although this model’s two wheel drive might not help much.

There were some details I didn’t like. The SatNav didn’t allow you to put in postal codes, which is a big drawback. This system also must have been programmed to avoid motorways because it kept insisting that we take the next exit, when staying on the motorway was the only sensible choice. You would think that it would be easy for the system to say “Remember-you said no to motorways”. And the automatic key entry opened up the tailgate when you approached. I found that when I tried to lock the car after parking it, the rear door was always open. I’m assuming that when I’d moved away about 30 feet, the system locked itself, but I never managed to confirm that. 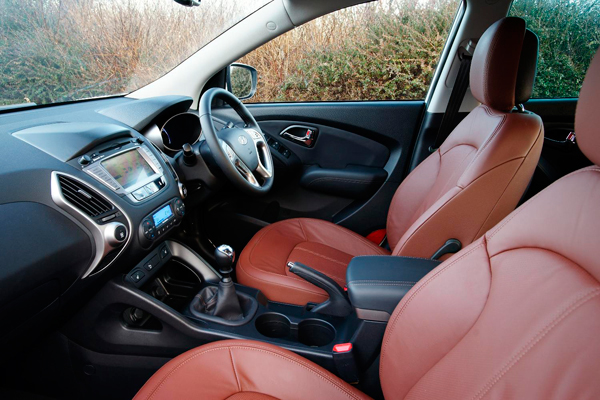 Wait a bit
If you don’t want the top of the range 134 bhp 2.0 litre diesel you can wait a bit and consider the 1.6-litre petrol or 1.7-litre CRDi diesel, both of which are destined to join the ix35 range later in the year. Currently there’s also a petrol engine choice – a 2.0-litre 161 bhp motor with a five-speed manual gearbox. You can choose two or four-wheel-drive drive. Can you imagine the humiliation if it snows next winter and you have to admit to your neighbours who want a tow that you are such a cheapskate that you went and bought a 2-wheel drive SUV? (I’ve just checked the spec on the version I was driving and it was two-wheel drive. Good to know that I didn’t have to find out the hard way)

Priced start at £16,495 if you’re willing to risk humiliation. If you can’t face it, prices for four-wheel drive start at £18,995. The deal making guarantee is for five years, now matched by troubled Toyota, and presumably all the rest will have to fall in line soon. 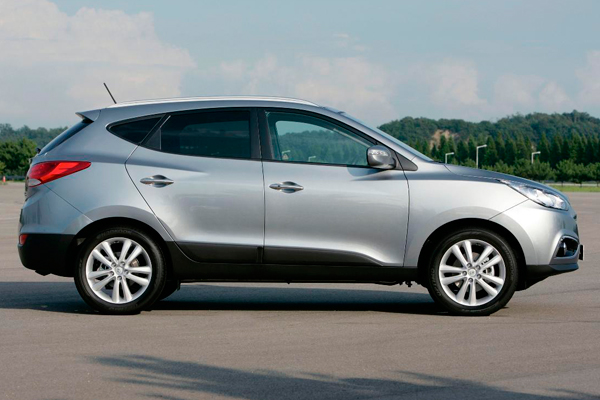 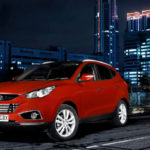 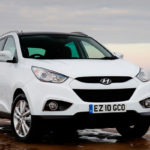 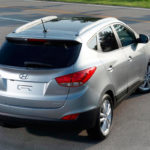 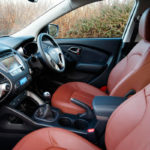 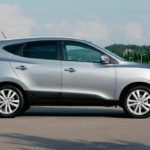