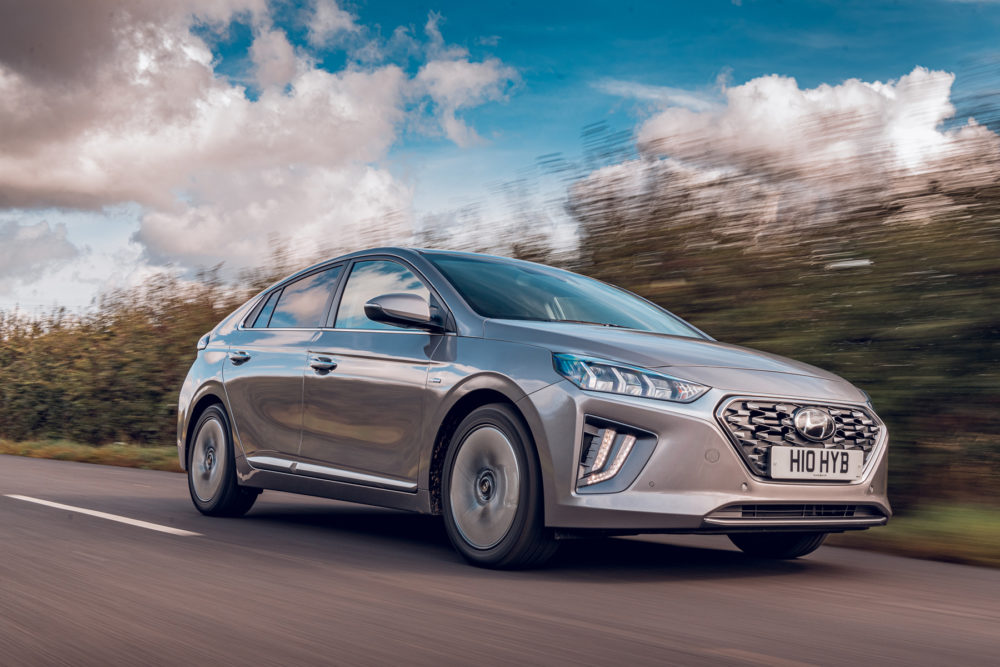 “a claimed range of 194 miles. My test didn’t get close to that with a maximum registering between 154 to 162 miles”

If you love choices, you’ve come to the right place with the Hyundai IONIQ.

You can go for the standard hybrid, which combines a petrol engine with an electric motor, a technology perfected over the years in the Toyota Prius. This gives you minimal, maybe one mile if you’re lucky, of battery-only mobility, and is charged-up on the move. There’s a plug-in hybrid, with a bigger battery that can be charged independently and gives you maybe 30 miles of silent, battery only travel. And then there is the battery-only version, which I’m testing here, not least because I only review electric cars these days. 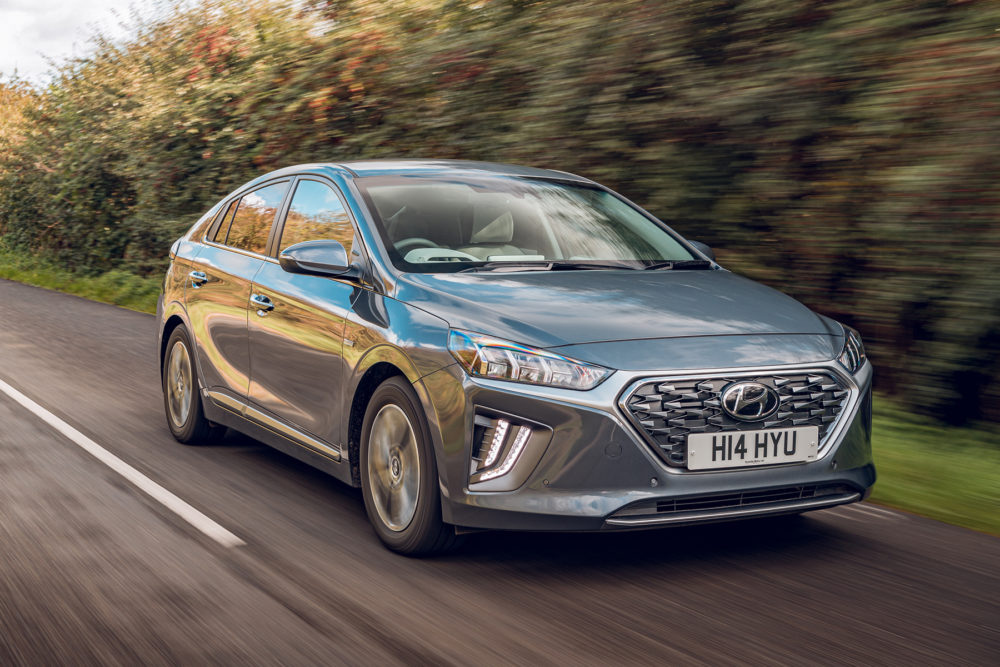 Incidentally, I love the Toyota advert which touts some of its hybrid cars as being so terrific and up to the minute that they charge themselves on the move, as though that was some kind of cutting edge technology, rather than the cheap, old version of hybrid power with minimal independent electric mobility.

The IONIQ electric shares an identical saloon body with the other versions, and it is rather handsome and well proportioned, I think. It drives surprisingly well, holding its line well through sweeping corners. The suspension does a fine job. It is smooth and quiet cruising at acceptable motorway speeds. The boot passed the golf bag test. The interior was impressive if a little drab, and in this Premium SE version, there’s every modern technical aid you can think of, including the annoying ability to try and tug you back across white lines the computer has deemed dangerous for you to cross. 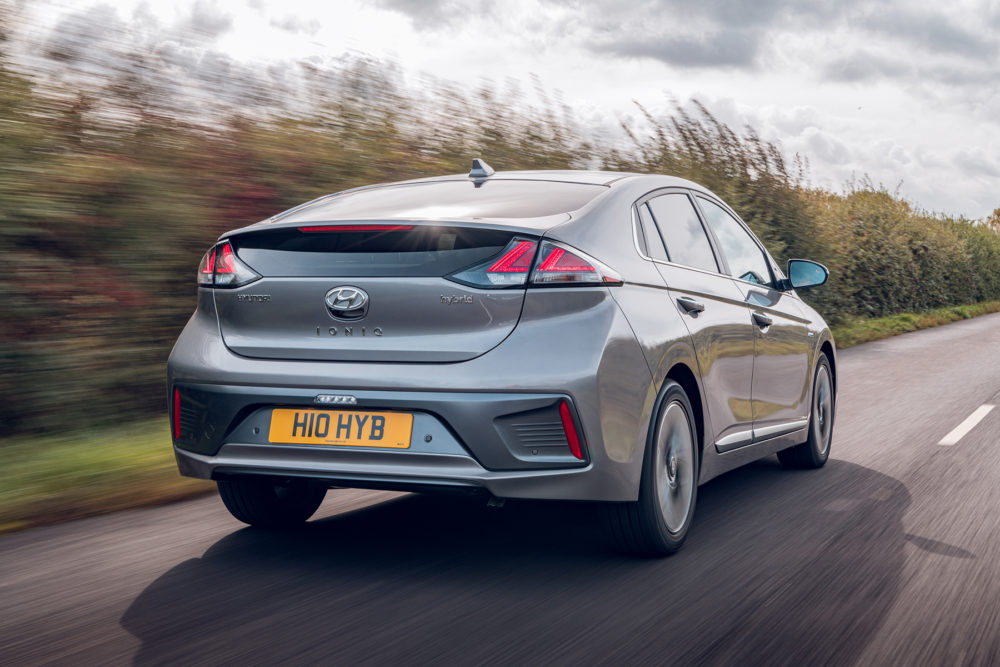 There is a big Tesla-like screen, bringing many controls together. You select drive or reverse from buttons where a gear lever would be. “Park” is also there, and once, when I tried to click on sport-mode, a button just behind these, I inadvertently hit this command. The system had the sense to ignore this, but I can’t be the first driver to make this mistake. I couldn’t detect a system warning to make sure animals could hear my silent approach, or maybe it was too highly pitched for my human hearing to pick up. The rear view is restricted because the fast back is combined with a bar across the rear glass.

ChargePoint
This latest electric IONIQ has improved battery power which provides a sub 10-second dash to 60 mph from rest, terrific acceleration right across the range as you’d expect from an electric car, and a claimed range of 194 miles. My test, using my ChargePoint connection, didn’t get close to that range, with a maximum registering between 154 to 162 miles. This was the dead of winter, and you’d expect better in the summer. When I test electric cars I always note the claimed range available from the start and compare it with what was exactly delivered. This can vary quite a lot and some electric cars will travel an actual say, 50 miles, but will have taken perhaps 70 miles from the theoretical range available. Not with the IONIQ, and with the use of the regeneration system, activated by little paddles behind the steering wheel. You can choose three levels, and with level 3 you get such a strong reaction, you’ll hardly need the brakes in traffic. This worked so well that often, after driving a hilly local route in Sussex, the IONIQ would deliver extra miles. I’d travel, say 44 miles, and only ate into the range by 33. That is very Tesla-like, and a technology free-lunch, is it not? 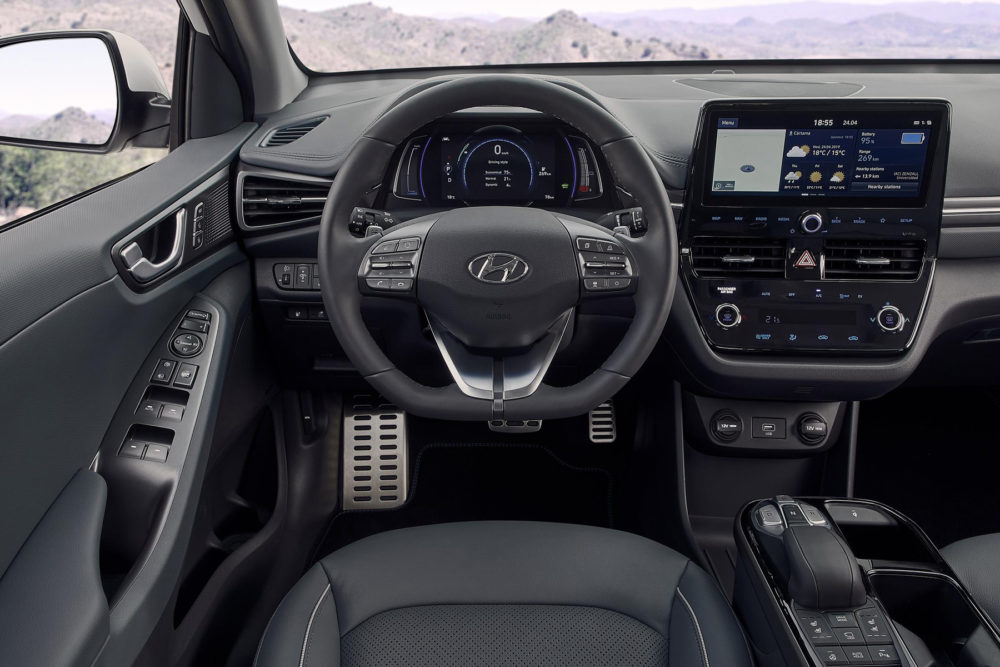 Hyundai makes a big deal about all the electronic gizmos available, with active safety and driving assistance systems and state-of-the-art infotainment. 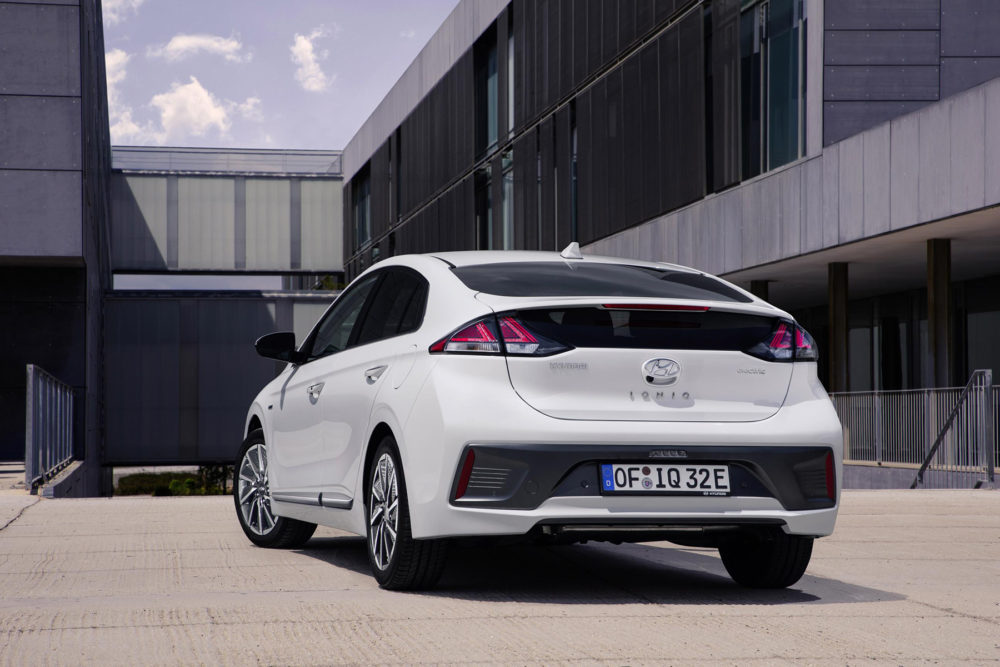 What to choose?
Prices start at £32,895 before the government subsidy. This version with a few extras and including metallic paint costs £35,260 before the grant. Hyundai has recently introduced an electric version of the Kona, which has an SUV type body, but is also pricey. The Premium SE version of this, with a 64 kWh battery, about 200 hp, and an extra 100 miles of range, costs £40,950 before the subsidy. My previous best buy choice was the Kia eNiro, which is Hyundai’s sister company and uses mush of the same components. The obvious answer to the question, What to Buy, is probably not to buy at all, given the big question mark over residuals, and lease. There is also the question that as more and more carmakers are introducing electric cars, a year from now, new product night be much better or better value. Lease prices look very competive, with a quick glance at the avalibility showing £250 a month including VAT, not, of course, including the deposit. 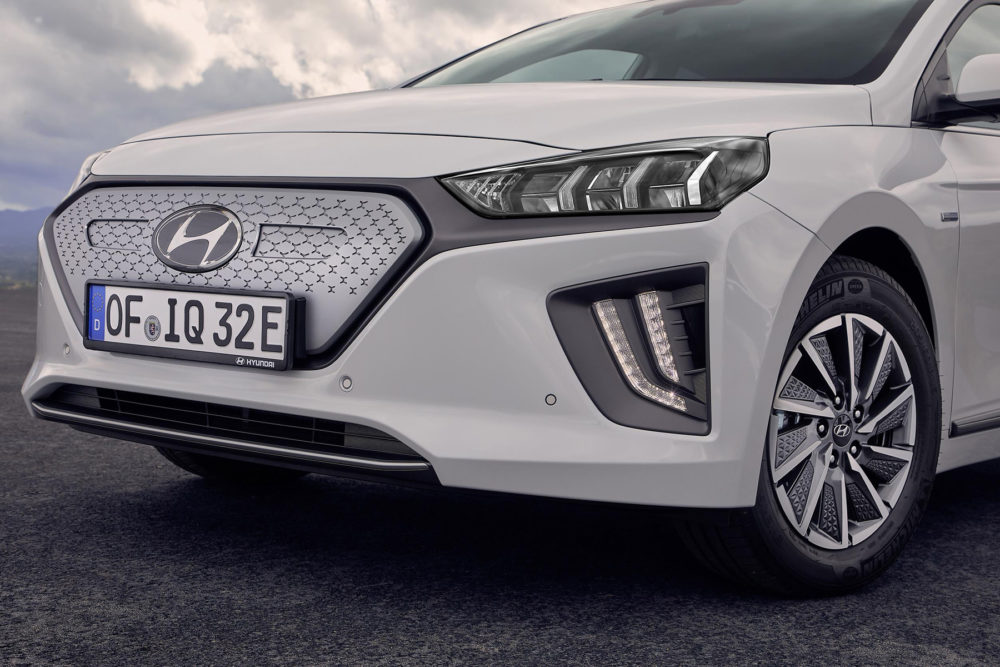